As the World of Outlaws Sprint Car Series continued a run of East Coast dates, Tuesday, May 17th, took the series to Bridgeport Motorsports Park in Swedesboro, NJ. With another “standing room only” crowd in attendance, the “Big Cat” Brad Sweet was ready to take on the 3/8-mile track. After the draw, Sweet was scheduled to qualify 25th out of 33 cars. The NAPA AUTO PARTS driver of the No. 49 sprint car stopped the clock at 15.303 seconds due to a late qualifying position, placing him 14th overall. At the completion of qualifying, Sweet was slated to start fourth in Heat Race 2. 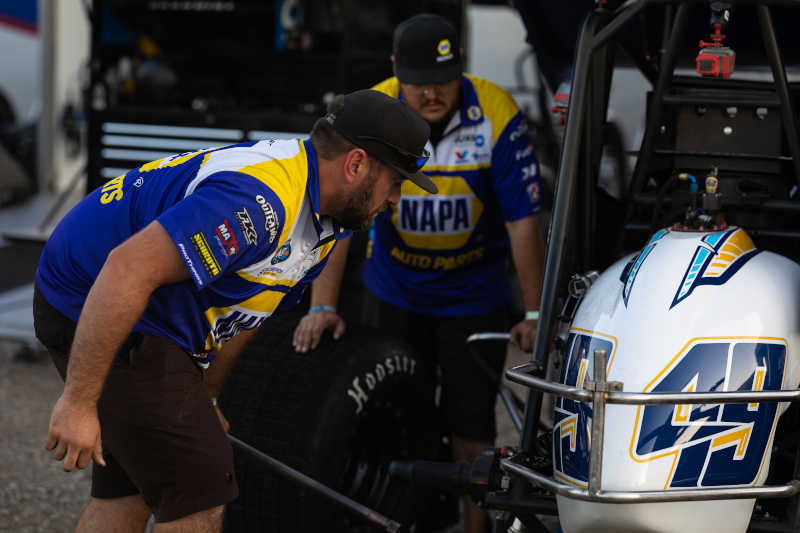 From the drop of the green flag, the NAPA AUTO PARTS No.49 was hooked up. The stacked heat race was definitely a test for the No.49 team. Sweet quickly jumped out to the third position with slick-dry track conditions, but it wasn’t long before the hornet’s nest caught up behind him. Falling back to fifth, Sweet knew he had a faster car and needed to make another charge. Going into turns 1 & 2, Sweet took the high line, carrying a large amount of speed, allowing him to pass two cars in one corner. The Big Cat managed a third-place finish in Heat Race 2, automatically transferring him to the A-main. 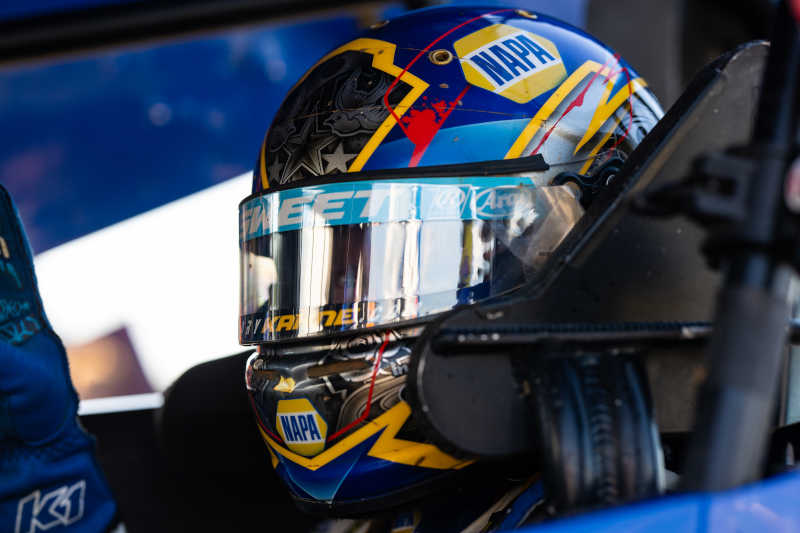 Starting 10th for 25 laps around the Bridgeport Motorsports Park circuit, the No.49 NAPA team was ready. However, the wind had another plan. The wind had established its presence and contributed to a difficult, dry-slick surface. Sweet battled as hard as he
could while conserving tires but ultimately fell back to 12th. 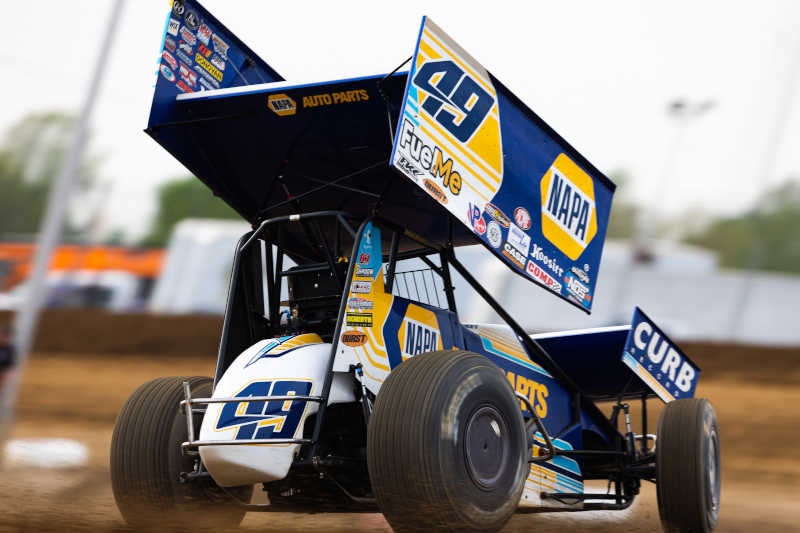 Friday’s event took the team back to the Buckeye State to compete at Attica Raceway Park. Out of 41 cars, the Big Cat was set to qualify 10th in Flight A. Sweet’s qualifying run hit the charts at 12.935 seconds, which placed him fourth-quick in Flight A. Starting on the front row (P2) of Heat Race 2, the NAPA No.49 had the set up to take him straight to the front. Sweet charged his way into first place, winning Heat Race 2 and punching his ticket to the Fast Pass Dash. 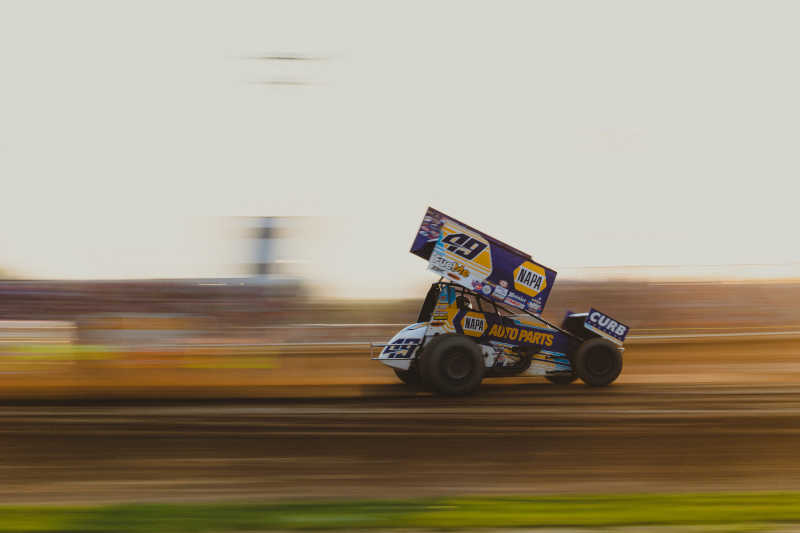 “This track is always getting slicker through the night,” Sweet said. “It is a little windy tonight; it adds a whole other element to your driving and thought process.” 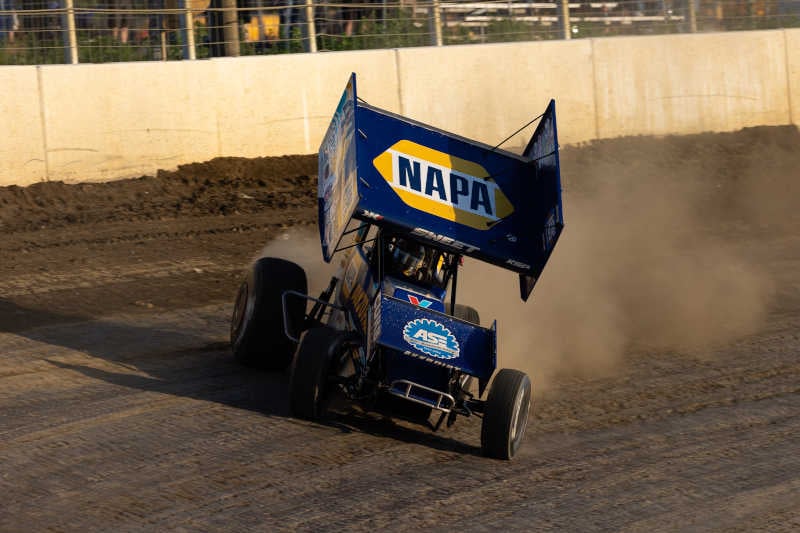 Once drawing concluded, Sweet was slated to start fourth in the 8-lap Dash. The NAPA No.49 quickly jumped to second place as they saw the green flag while throwing several slide jobs. Sweet had made his way to the first position, but the racy surface showed two other competitors a faster line. Sweet brought the No.49 home in third, where he would start in the A-main. 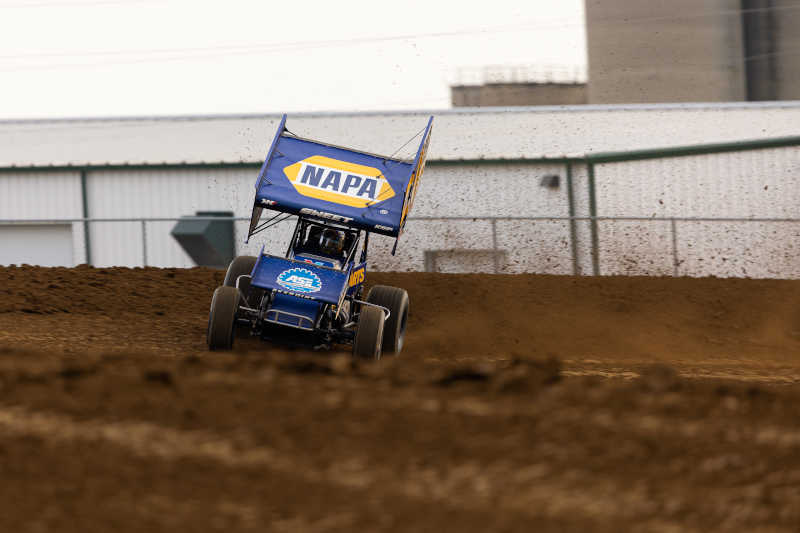 The Feature race went green for 40 laps around Attica Raceway Park. The race started off exciting, but the track quickly began to take rubber as there was not much moisture on the surface. After the downforce was taken off of Sweet’s wing, it slowed him, and two competitors took advantage and snuck by. Leading to the checkered, Sweet managed to maintain his position of fifth place while searching for different lines on the track. After 40 laps, The NAPA No.49 officially came home in fifth place.

Next Race: Saturday, May 28, Atomic Speedway, Waverly, OH
How to Watch or Listen: www.dirtvision.com