Chase Elliott started Saturday night’s race at Kansas Speedway strong before a collision with another car on pit road damaged his No. 24 NAPA AUTO PARTS Chevrolet, ultimately resulting in a 29th-place finish.

Elliott took the green flag from 10th for the 267-lap NASCAR Cup Series event under the lights at Kansas Speedway. Elliott maintained his spot in the top 10 early on and advanced his position into the top five midway through Stage 1.

During a scheduled pit stop during the Lap 51 caution, Elliott made contact with a competitor on pit road while exiting his pit box, forcing the No. 24 NAPA AUTO PARTS team to make multiple pit stops to repair the right-front fender. 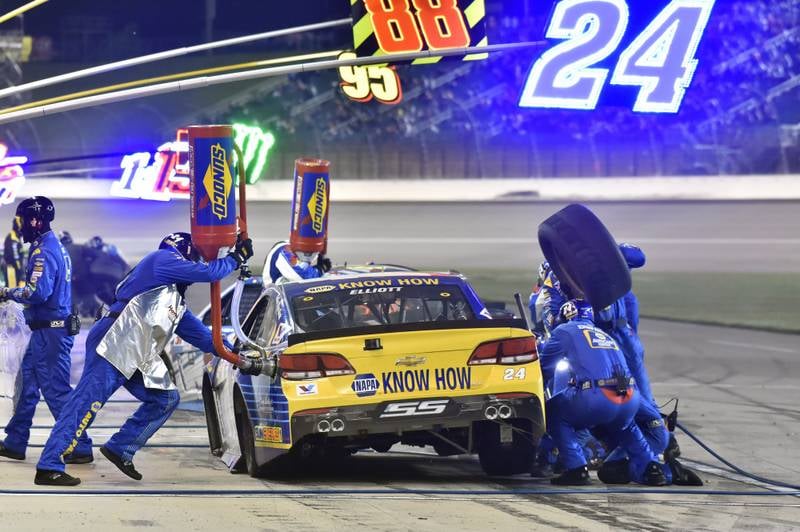 The damage and ensuing repair work resulted in the 21-year-old driver being multiple laps behind the leaders as he finished Stage 1 in 40th. By the end of Stage 2, Elliott had moved to 39th, but remained seven laps down.

The Dawsonville, Georgia native, continued to work to regain as many positions as possible throughout the latter half of the race, moving all the way to 30th with less than 40 laps remaining in the race. He picked up one more spot and ultimately finished the night 29th.

Elliott is currently ranked fourth in the driver point standings heading into NASCAR’s annual All-Star weekend. While the No. 24 driver is not currently eligible for the All-Star Race, he will have two opportunities to race his way in via the Open race or fans can vote Elliott in to the main event by visiting www.nascar.com/fanvote. 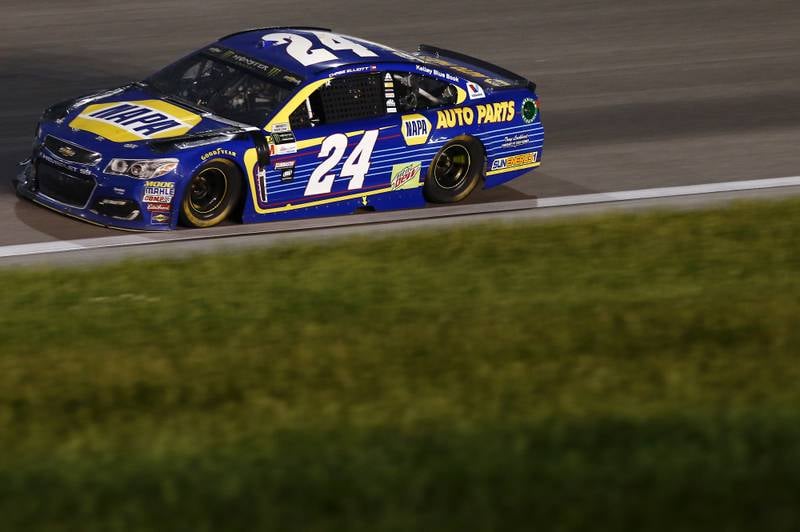