After battling his way from the back to the front of the field on Saturday night, Chase Elliott led 45 laps and collected his second stage victory of the season on his way to a fourth-place finish at Kansas Speedway. 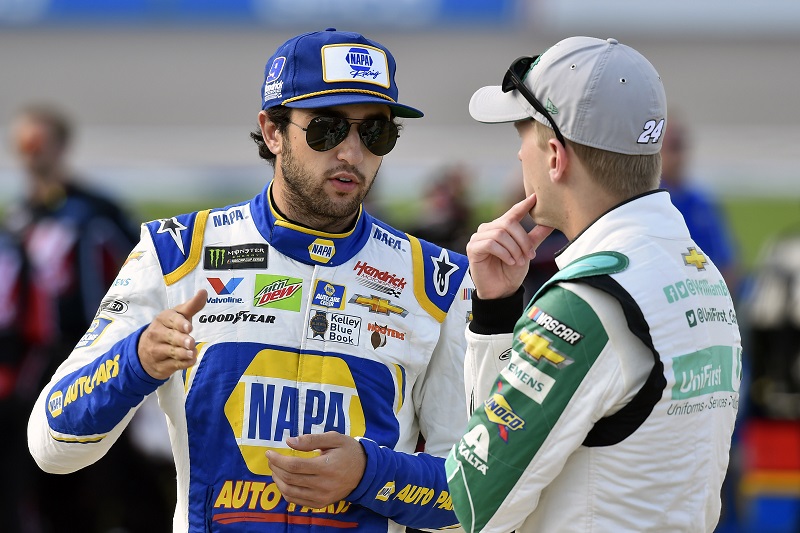 Elliott started Saturday night’s race in the 32nd position and quickly worked his way through the field. By Lap 24, he was inside the top 15. A fast pit stop by the No. 9 NAPA AUTO PARTS team during a competition caution at Lap 30 moved Elliott inside the top ten. Shortly after, Elliott cracked the top five for the first time. 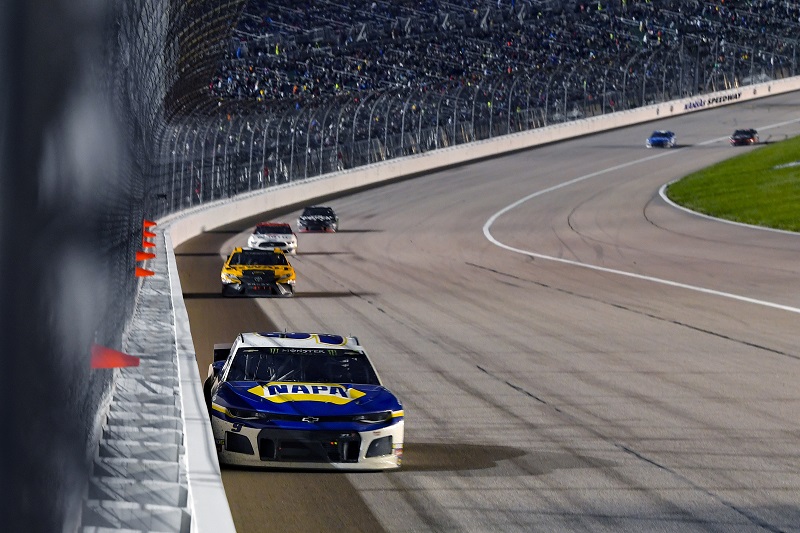 During a caution late in Stage 1, the Dawsonville, Georgia, native stayed on the track to take over the race lead. He led 10 laps before finishing the opening segment in second. 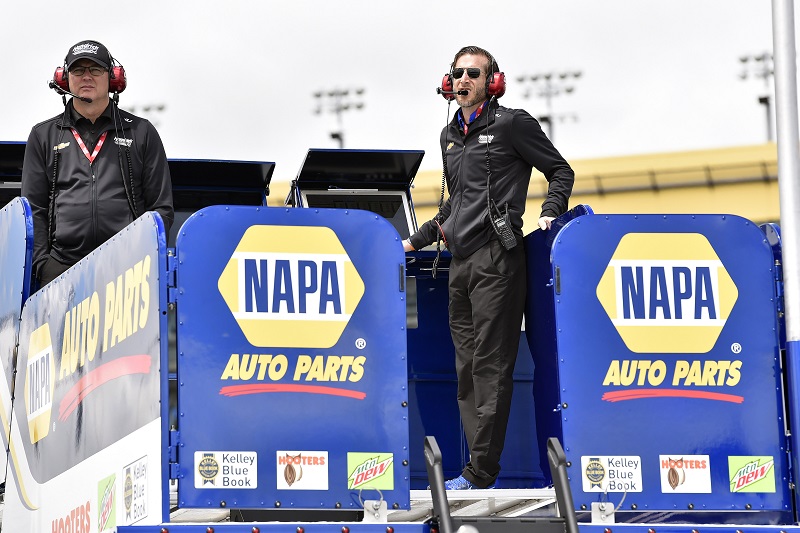 Stage 2 saw Elliott take the green flag inside the top ten and he steadily climbed his way forward throughout the 80-lap segment. At Lap 145, Elliott reclaimed the race lead and held the top spot through the second green-checkered flag to win Stage 2 – the NAPA team’s second stage victory of the season. 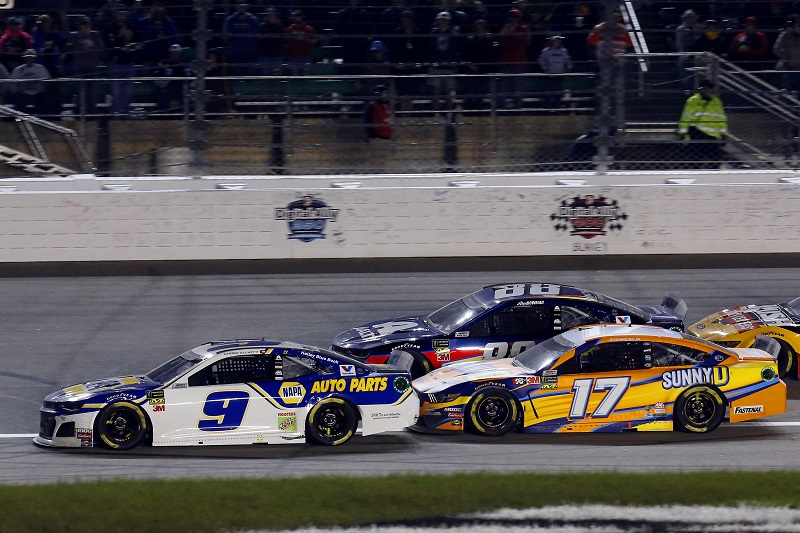 With only 100 laps remaining, the No. 9 team was scored in the sixth position. Elliott solidified his position inside the top five early in the final segment. When a caution flag waved midway through the stage, the NAPA AUTO PARTS Chevrolet headed to pit road and another stellar pit stop moved Elliott up to second for the ensuing restart. 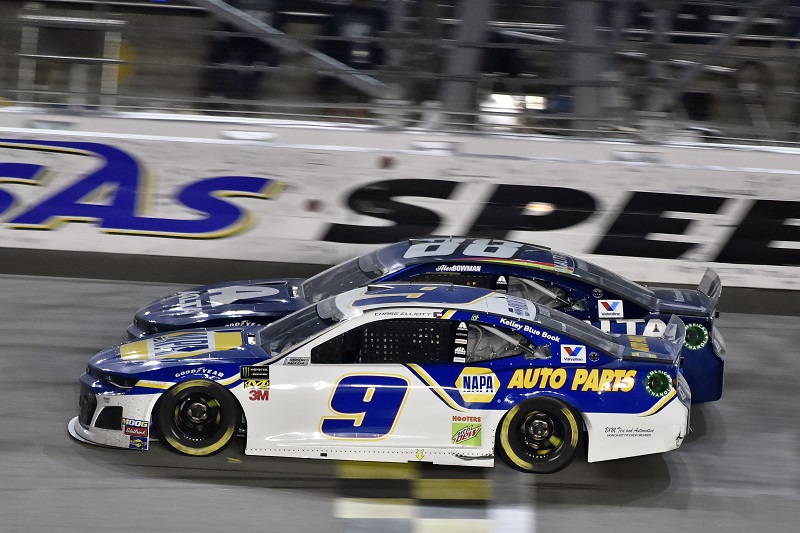 When the green flag waved, Elliott accelerated into the lead. While racing for the lead against his Hendrick Motorsports teammate Alex Bowman, the No. 9 car slid loose in turn four, forcing Elliott to relinquish several positions while he worked to regain his momentum. 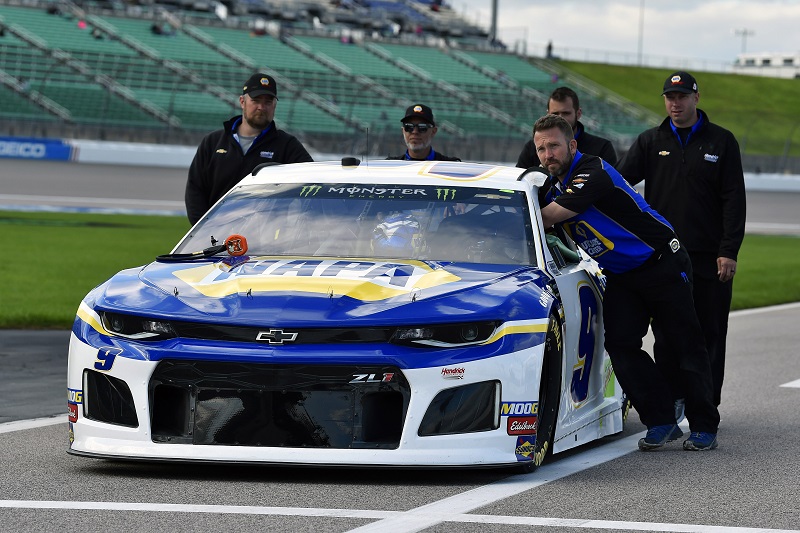 After another caution sent the race into overtime, Elliott continued to battle inside the top five through the checkered flag and ultimately ended the night with a fourth-place finish. The result, Elliott’s third consecutive top-five finish, moves the No. 9 driver to fourth in the NASCAR Cup Series driver point standings through the season’s 12th race.