Chase Elliott and the UniFirst team rebound to finish fifth on Sunday at Phoenix Raceway. The result was the No. 9 team’s second top-five finish of the 2021 season. Elliott ranks sixth in the standings through the first five races of the season.

Elliott and the No. 9 UniFirst team started at the rear of the field on Sunday afternoon at Phoenix Raceway after an unapproved pre-race adjustment. Elliott began his charge to the front and was scored 21st when the competition caution slowed the race on Lap 31. The driver of the No. 9 reported that his UniFirst Camaro was “struggling with front turn and rear stability”. After a pit stop for four fresh tires, fuel and a trackbar adjustment, Elliott restarted 20th on Lap 37. He made a huge run on the inside lane and climbed to 14th before the second caution waved on Lap 47. The UniFirst team pitted during the yellow flag and returned to the track 20th. Elliott’s fresh tires proved to be an advantage as he quickly navigated his way to fifth before the conclusion of Stage 1 on Lap 75. 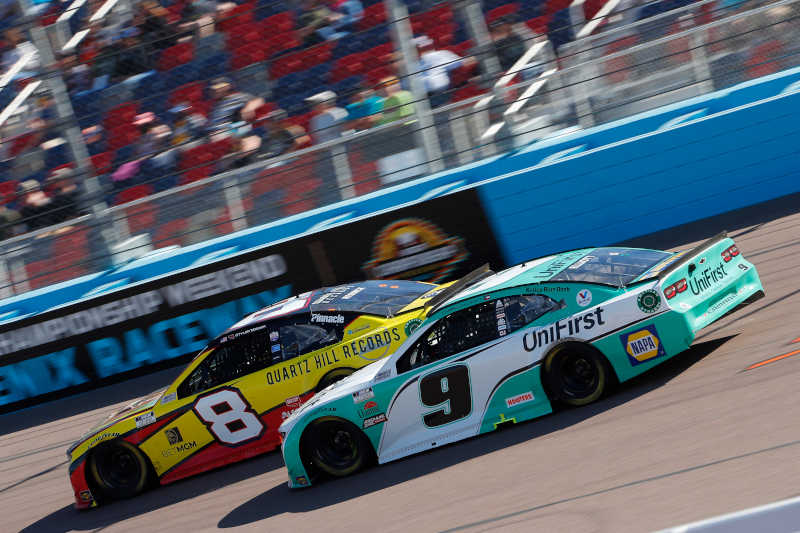 Another pit stop by the UniFirst team during the stage break put Elliott in fourth at the beginning of Stage 2. He immediately grabbed third and held that position through another caution period. On the ensuing Lap-99 restart, Elliott slipped to fifth after the outside lane stacked up and forced him to check up. He eventually regained his momentum and moved back up to third by Lap 101. As the green-flag run continued, the No. 9 Camaro began to fade. Elliott dropped back to ninth on Lap 156 and held on to his top-ten position through the end of the segment on Lap 190. 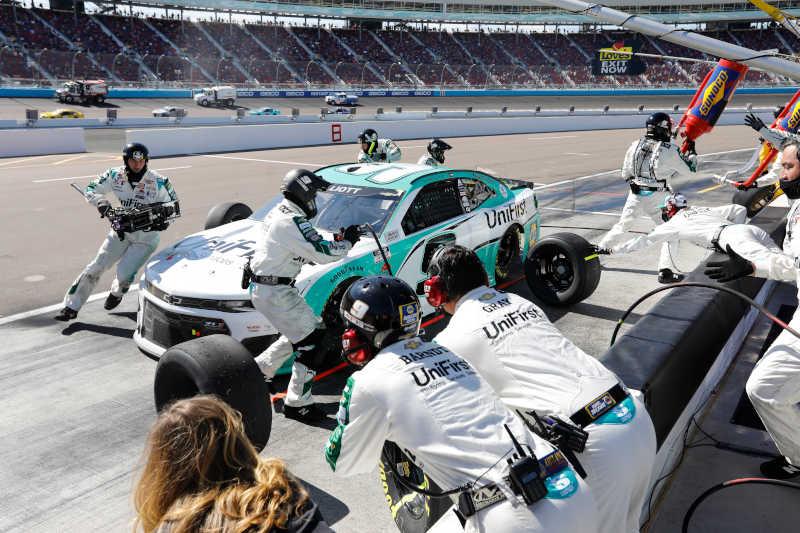 During the stage break, NASCAR penalized Elliott for being too fast on pit road. The penalty forced the UniFirst Camaro to restart from the rear of the field on Lap 200. The reigning Cup Series champion was back inside the top 20 before making a scheduled green-flag pit stop on Lap 250. As the pit stops cycled through, Elliott was running 16th when the yellow flag waved once again. He reported that the previous adjustments to his UniFirst Camaro had improved the handling. Elliott restarted 15th on Lap 269 and set his sights toward the front. He surged up to eighth in just five laps and was sixth on Lap 289 as he battled his Hendrick Motorsports teammate Kyle Larson for fifth. Elliott was able to prevail for the position and held on to the top-five spot for the remainder of the race. 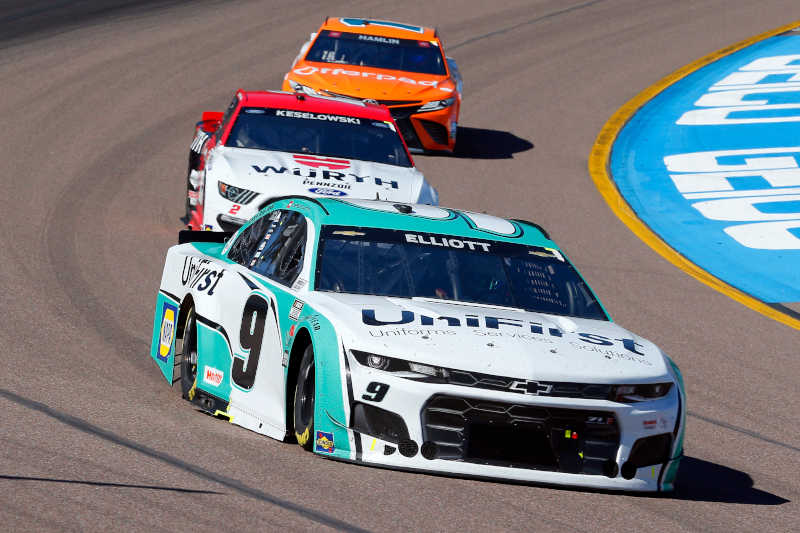 Next Race: March 21, Folds of Honor Quiktrip 500, Atlanta Motor Speedway
How to Watch or Listen: 3:00 p.m. ET on FOX, PRN and SiriusXM