Brad Sweet and his No. 49 NAPA AUTO PARTS Kasey Kahne Racing (KKR) team were back in action this weekend as the World of Outlaws Sprint Car Series visited two tracks unfamiliar to the series. Sweet was a strong contender on Friday and Saturday, earning two podium finishes. 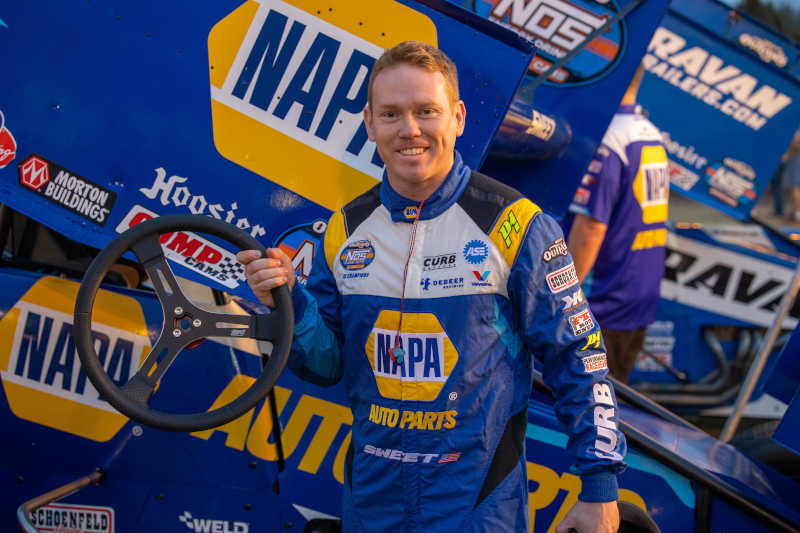 The KKR team traveled to Mississippi on Friday for the World of Outlaws Sprint Car Series debut at Magnolia Motor Speedway. Thirty-four cars went out for qualifying on Friday evening, and the No. 49 car was ranked 20th on the speed chart after posting a 12.771-second lap. The qualifying effort lined Sweet up fifth for the start of his ten-lap heat race, where he quickly drove his way to third. With a third-place finish in the heat races, Sweet was slated to start 12th in Friday’s feature. 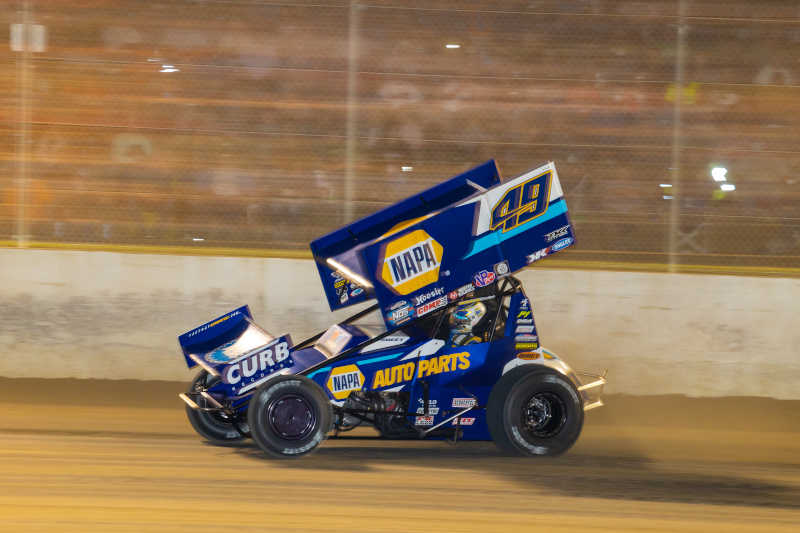 After the green flag flew to start the 30-lap race, Sweet hung back mid-pack until a restart on lap ten. He quickly started working his way through the field and was scored fifth by the halfway point. The leaders continued battling it out for the top spot while Donny Schatz and Sweet, in third and fourth respectively, got themselves into the mix as well. It was four-car battle for the lead with five laps remaining. Sweet completed the pass on Schatz, but couldn’t catch the first- and second-place cars. He earned a third-place finish in his Magnolia Motor Speedway debut. 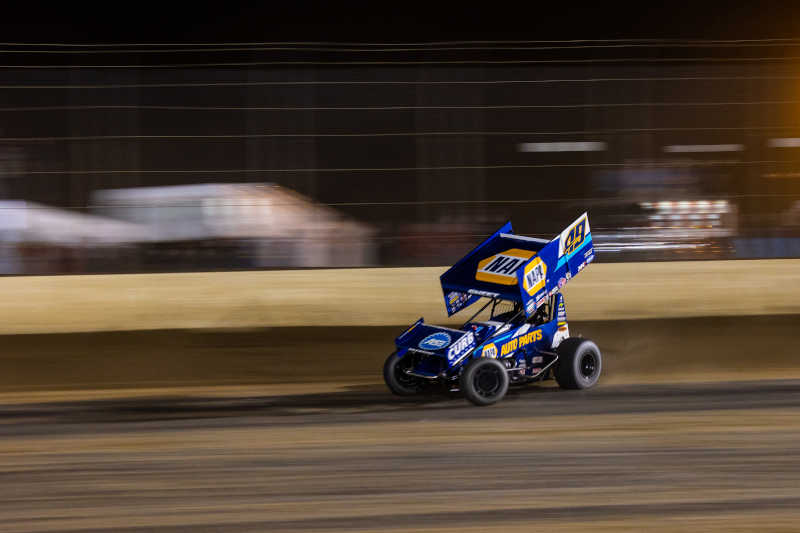 “The goal is to be up here standing on the front stretch every night, and we’re doing that,” Sweet said. “The real adversity and grind of an 80+ race Outlaw tour is sometimes you’re starting up front, but other times like tonight, you’re digging yourself out of a hole. I felt like we could’ve contended for the win there, but by the time we got up here the top of the track became dominant and I used up my tires to get this far.” 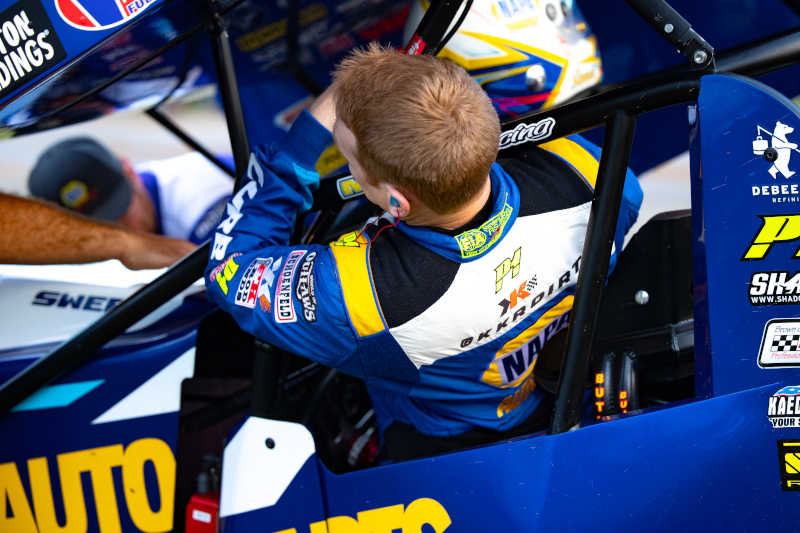 On Saturday, the series took on another new track as they raced at The Rev in Monroe, Louisiana. With a strong qualifying attempt, the No. 49 NAPA AUTO PARTS car was scored fifth-quick out of 27 cars. Sweet lined up second in his heat race behind team owner Kasey Kahne, and the two finished in that order after an exciting battle for the lead. The No. 49 car advanced to the Fast Pass Dash, earning a fourth-place finish and giving his team a good starting position for the feature. 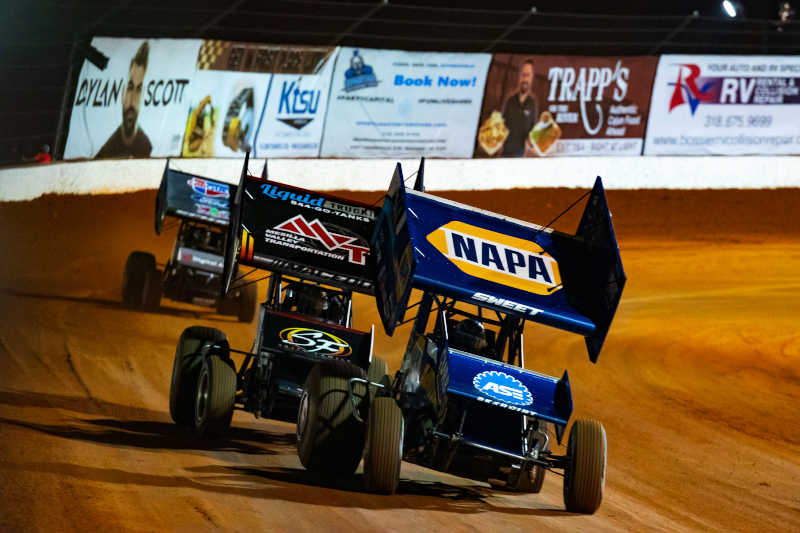 Sweet remained fourth on the initial start of the 30-lap race until lap four, when he pulled a slide job on Kahne for third. By lap ten, he was pressuring David Gravel for the lead. In what turned into a three-car battle for the lead, Gravel, Sweet and Schatz all took turns leading the race. By the halfway point, Gravel settled in as the leader with Sweet right behind him. The next ten laps were a constant and intense battle for the lead between the two. They swapped positions multiple times in the closing laps. Lapped traffic became an issue for Sweet on lap 28, giving Gravel the advantage and eventual win. Sweet’s runner-up finish gives the team their fifth top-five finish in six races. 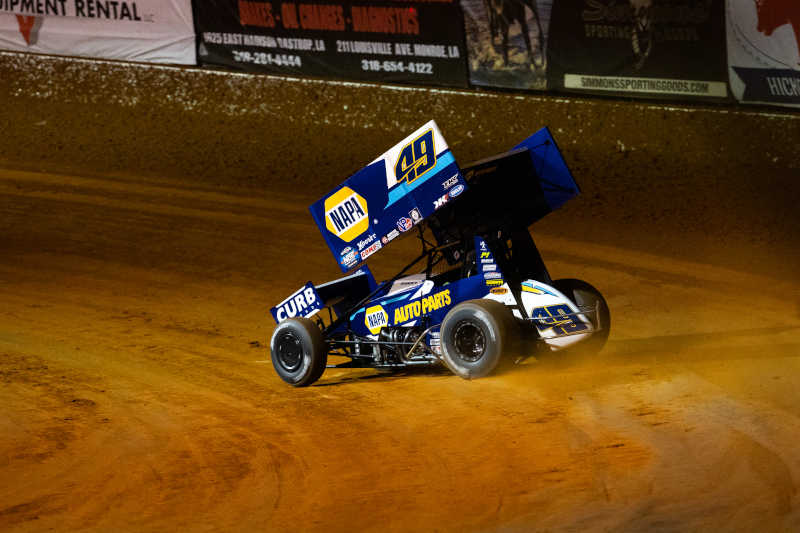 “From the driver’s seat that was a blast,” Sweet said following the race. “Trading the lead back and forth like that is so much fun, and it was clean, hard racing too. I feel like we went back and forth like ten times or something. We were really dicing through traffic there; that really amped it up. I felt like at times I had the better race car, but at other times he just outdrove me.”

Next weekend the World of Outlaws Sprint Car Series will travel to Texas for the Drydene Texas Two-Step at Cotton Bowl Speedway in Paige, Texas.