Chase Elliott started from the pole and led a race-high 36 laps in Sunday’s NASCAR Cup Series race at Road America, ultimately driving the No. 9 NAPA AUTO PARTS Camaro ZL1 to a runner-up finish. It was Elliott’s fifth top-five finish of the season, and he continues to lead the Cup Series point standings by 33 points as the series heads to his home track of Atlanta Motor Speedway next week. 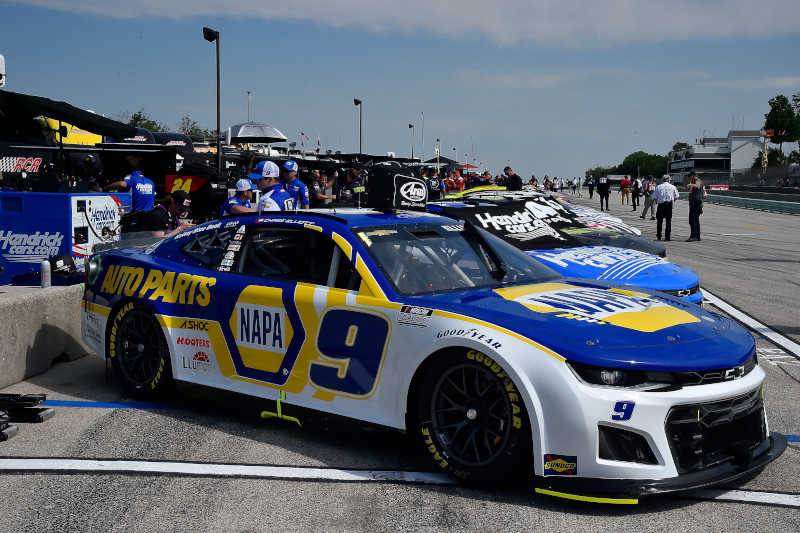 Elliott, the defending Road America race winner, started from the top spot and dominated the first stage of the race while battling through a steering issue. He held point until crew chief Alan Gustafson called him to pit road for four tires and fuel in the closing laps of stage one as part of the No. 9 NAPA AUTO PARTS team’s strategy. Back out on the track, Elliott maneuvered his way to 10th before the green-and-white checkered flag waved to close the stage on lap 15. 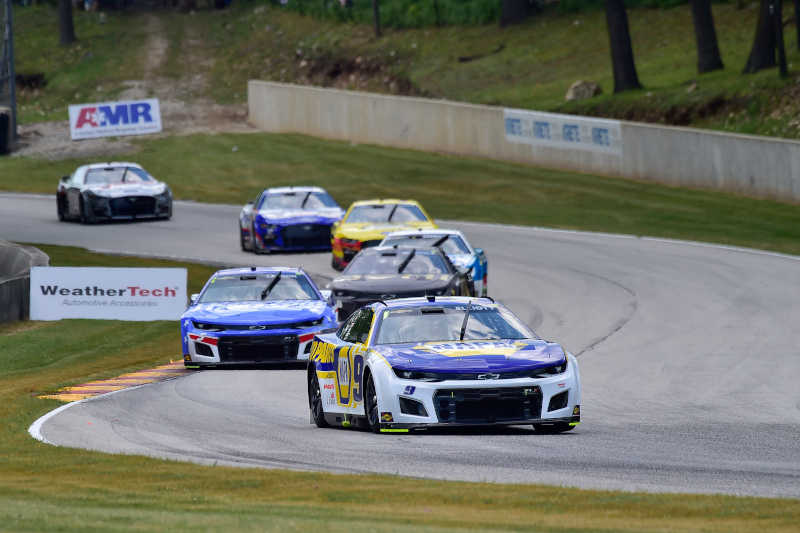 Staying out on the track during the caution, he once again lined up on the front row, this time beside teammate Kyle Larson, and powered his way to the lead on the opening lap of stage two. He remained out front during the caution-free stage until his NAPA AUTO PARTS team radioed for him to come to pit road for fresh tires, fuel and an air pressure adjustment on lap 28. He drove his way to ninth before the stage ended at lap 30. 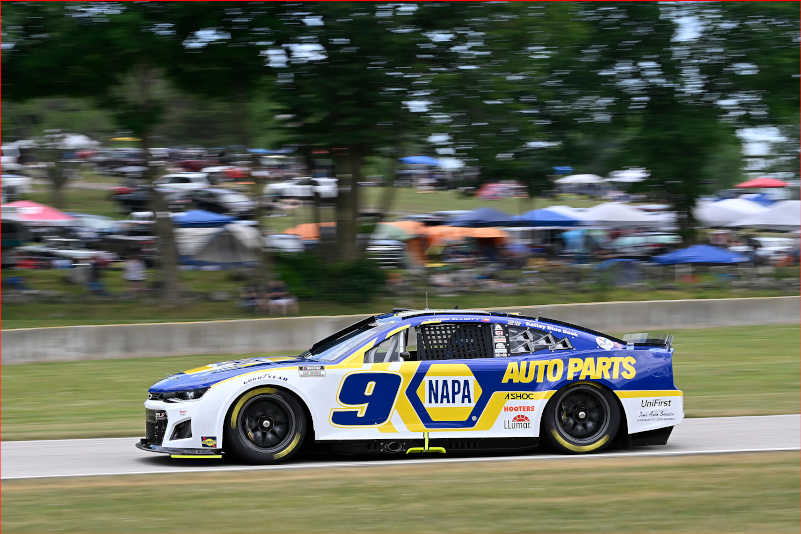 With teams on varying pit strategies, Elliott took over the top spot for the start of the final stage on lap 33 after not pitting during the caution. He held off a charging Tyler Reddick to take command of the race yet again. After a long green-flag run ensued, teams started making their final pit stops of the race. Gustafson called Elliott to pit road on lap 43 and several other cars inside the top 10 followed suit. After a stop for four tires and fuel, the Dawsonville, Georgia, native narrowly beat Reddick off pit road. The two battled as the rest of the field continued their pit stops, and eventually Reddick worked his way by. Once green-flag stops were complete on lap 48, Elliott was scored in the second position, right behind Reddick. With the remainder of the race going caution free, Elliott tried his best to reel in Reddick as the laps wound down. He ultimately came up just short of capturing back-to-back wins at the Wisconsin track, taking the checkered flag in the runner-up spot. 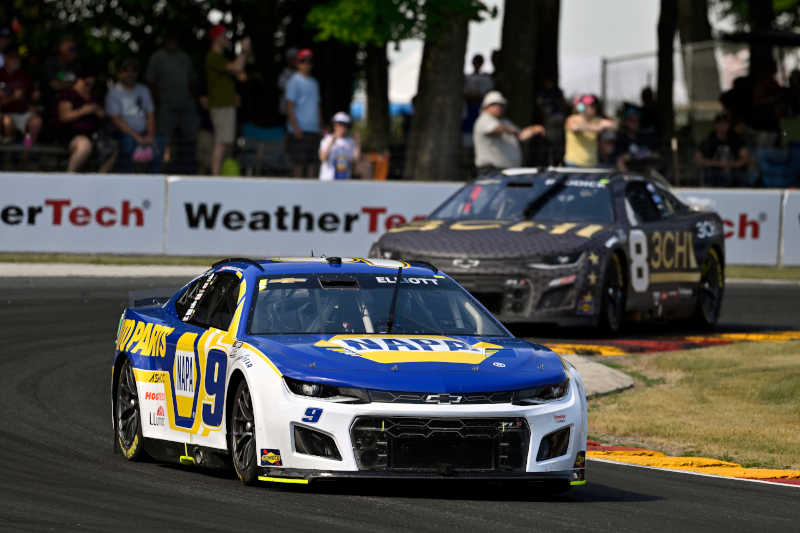 It was the 26-year-old driver’s fifth top-five finish of the 2022 season. He led three times for a race-high 36 laps on the day. Elliott continues to lead the point standings by 33 points heading into next week’s race at his home track of Atlanta Motor Speedway. 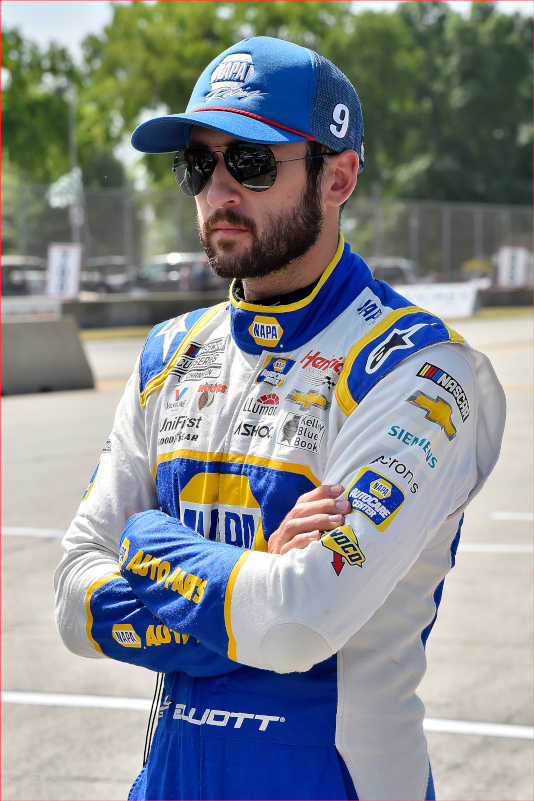 “Just proud of our NAPA team,” said Elliott. “I didn’t do a very good job there. I just let him (Tyler Reddick) stay close enough to pressure me there while we had decent tires and never could get enough of a gap. Made a couple mistakes. I was gaining a gap there a couple times and made a couple mistakes and let him get back close enough to get me out of sync. After that, just started struggling. Obviously, it was super difficult to get to somebody to pass them. It was impressive he was able to get up there and capitalize on my mistakes. Happy for those guys. Appreciate the effort out of our team. Wish I could have done a better job there. I felt like we probably needed a little bit, but I think we were good enough to win, so those always hurt.”

Next Race: Sunday, July 10, Atlanta Motor Speedway
How to Watch or Listen: 3 p.m. ET on USA, PRN and SiriusXM