Chase Elliott started Saturday night’s NASCAR Cup Series race at Bristol Motor Speedway from the 23rd position and came on strong in the final stage of the race to earn a runner-up result. The effort helped propel Elliott and the No. 9 team to the Round of 12 in the Cup Series playoffs. With the reseeded points, the 26-year-old driver is back atop the standings, 15 points ahead of second place and 31 points above the cutline for the Round of 8. 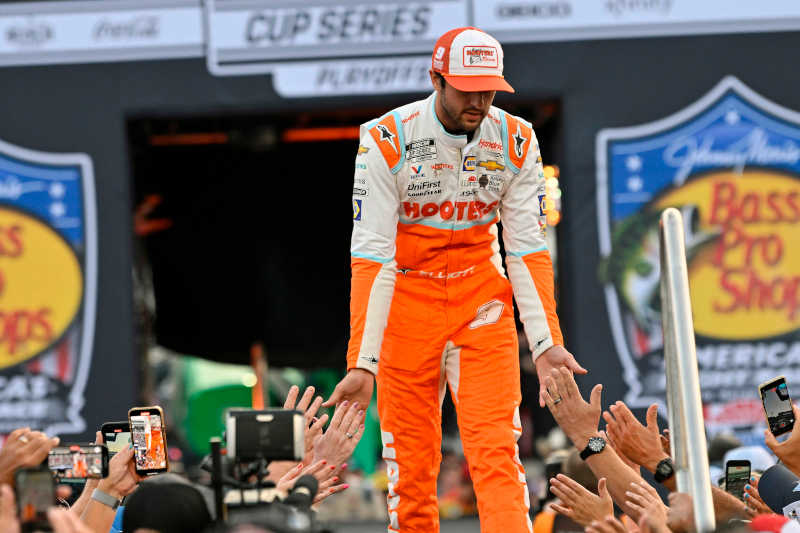 Elliott started the race in 23rd and was running in that same spot when the first caution of the race came out on lap 42. The Dawsonville, Georgia, native relayed to his team that he liked the balance on his No. 9 Hooters Chevrolet Camaro ZL1. During the yellow flag, crew chief Alan Gustafson called Elliott in for the first pit stop of the night for four tires and fuel. The driver of the No. 9 restarted in 24th and battled his way to 21st by lap 79. Just over 10 laps later, the race once again fell under caution. After opting to stay out while some teams made their stops, Elliott was able to take the green flag on lap 99 from the 12th spot. He continued to race inside the top 15 and was scored in the 12th position on lap 125 when the green-and-white checkered flag waved to end the first stage. 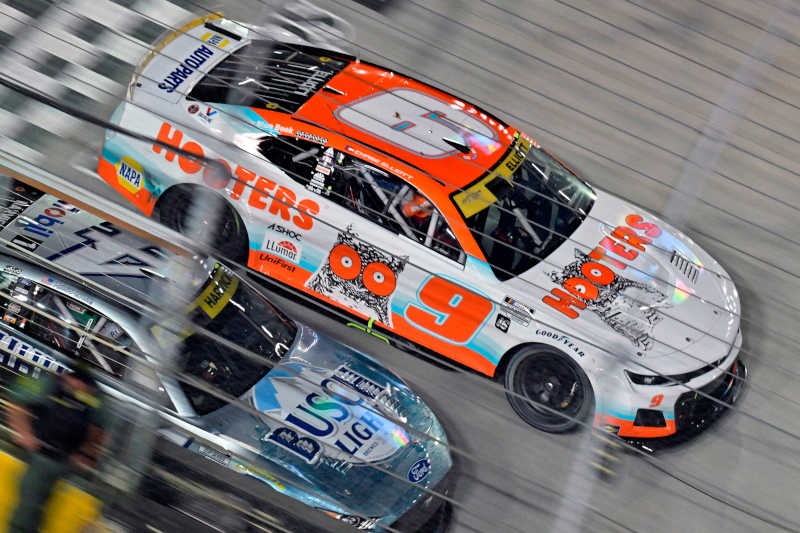 Elliott brought the Hooters Chevrolet to pit road for four tires and fuel during the stage break and lined up 22nd to start the second stage on lap 133. He was up to 20th when the caution came out on lap 140. Staying out under the yellow flag, he restarted in 20th and methodically worked his way forward, advancing to 12th on lap 177. Elliott was running in that same position when the race was slowed for an on-track incident just 20 laps later. Gustafson called Elliott to pit road for four fresh tires, fuel and an air-pressure adjustment, sending him back out to restart in 13th on lap 205. From the drop of the green flag, Elliott continued his climb forward. He was scored in 10th when the yellow flag was displayed on lap 235. The team made the call not to come to pit road, allowing Elliott to restart in fifth on lap 240. He worked his way to fourth and nearly made the pass for third before the end of stage two on lap 250. 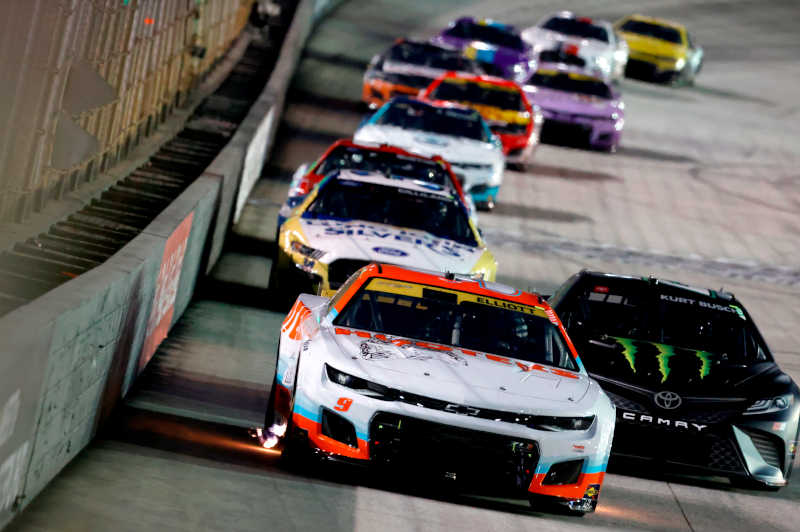 Elliott’s veteran crew chief once again made the call not to pit, giving his driver the opportunity to start the final stage from the front row. Even on older tires, Elliott held his own inside the top five. He was fifth when the caution flag waved on lap 270. He lined up in that same position for the restart after staying out. Just after the field took the green flag, a multi-car incident ensued, slowing the race once again. Elliott escaped the mayhem and restarted from fifth on lap 286. After dropping a few positions on the initial lap, he climbed his way forward and was back up to fourth on his old tires by lap 330. When the next caution came out on lap 353, Elliott finally made his way to pit road for four fresh tires and fuel. The 2020 Cup Series champion was the ninth car to choose and lined up on the outside for the restart. He only improved his position from there, battling his way to fifth by lap 415. On the lap-436 caution, the team made its last pit stop of the night. A fast stop for four tires and fuel helped Elliott gain positions on pit road. He was the second car to choose and took the outside line behind the leader for the restart on lap 443. Elliott quickly got by the third position and set his sights on leader Chris Buescher but ran out of time and ultimately took the checkered flag in the runner-up spot. 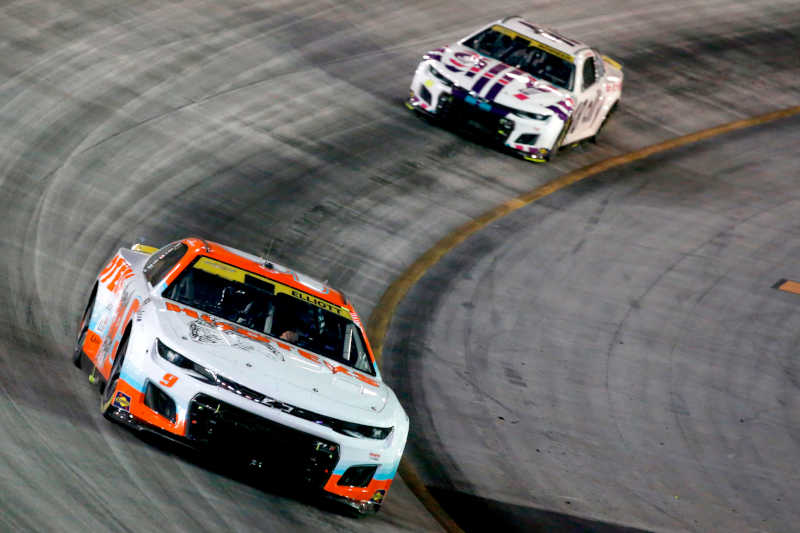 Elliott’s second-place finish at Bristol was his best Cup Series points finish on the .533-mile concrete oval. The effort helped solidify his spot in the Round of 12 of the Cup Series playoffs. He’s back atop the standings, currently 31 points above the cutline as the series heads into the first race of the Round of 12 next week at Texas Motor Speedway. 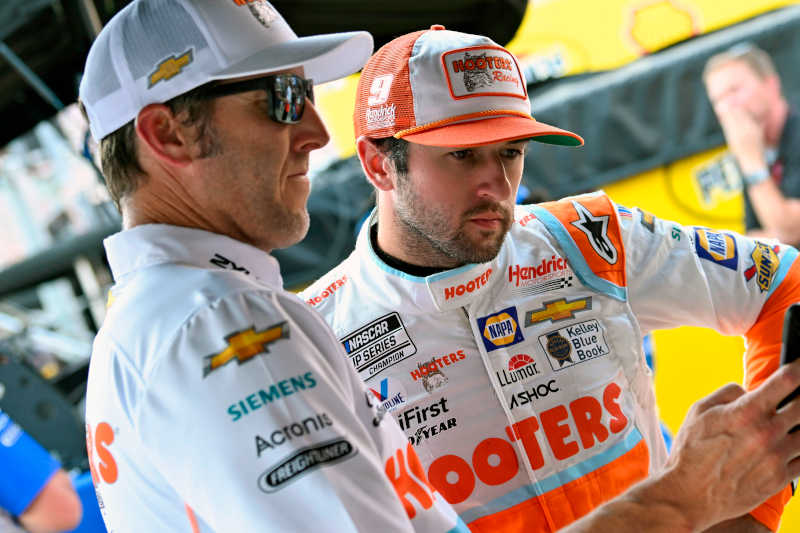 “Obviously, hate to run second and get that close,” said Elliott. “The top just got so dominant there at the end. I couldn’t really run the bottom and keep pace. Unfortunately for me, we never really caught much of lap traffic and that was really what I needed. I hate to be so close. This is my favorite race of the year and it would have been nice to check that box. Proud of our No. 9 Hooters Chevrolet team for fighting through it. We had a poor starting spot and unfortunate pit selection that kind of handcuffed us all night. We put ourselves in a hole yesterday and was able to get a top-two out of it. We’ll try again next week.”

Next Race: Sunday, September 25, Texas Motor Speedway
How to Watch or Listen: 3:30 p.m. ET on USA Network, PRN and SiriusXM

NAPA Know How Blog Elliott Earns Runner-Up Finish at Bristol, Advances to NASCAR Playoffs Round of 12