Defending NHRA Funny Car world champion Ron Capps rolled into the NHRA Nationals at Maple Grove Raceway with a dominant NAPA AutoCare Toyota GR Supra after winning the U.S. Nationals from the No. 1 spot less than two weeks prior. Capps appeared on his way to another late-round finish on Sunday at the first race of the Countdown to the Championship, setting low E.T. of the event in the opening round of eliminations. His bid for a second consecutive win ended in the second round, though, when he lost traction after a starting line advantage. 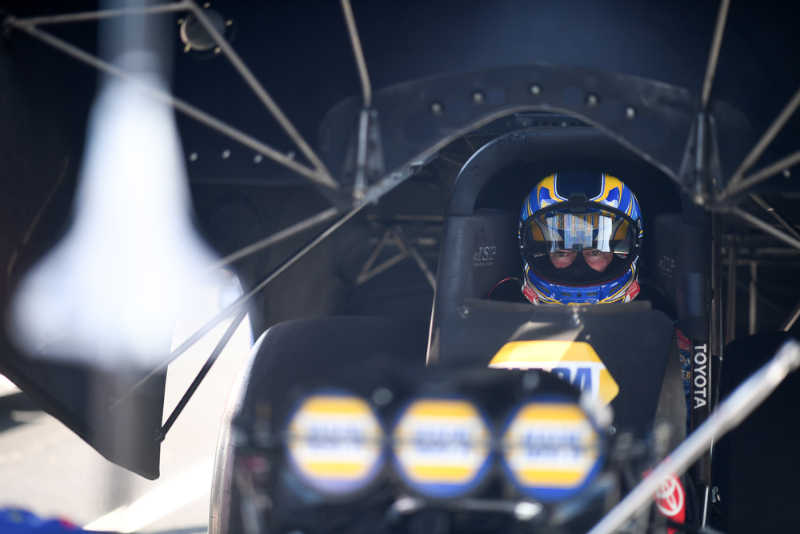 Before starting eliminations, Capps and his Ron Capps Motorsports entry were quick and consistent through all three rounds of qualifying. He was third-quickest of the first session, earning one bonus point with a run that also set top speed of the meet. Capps made another solid run in the second session, but it was his 3.878 E.T. at 331.45-mph pass in the final session that netted Capps three valuable bonus points, as well as the No. 2 qualifying position. 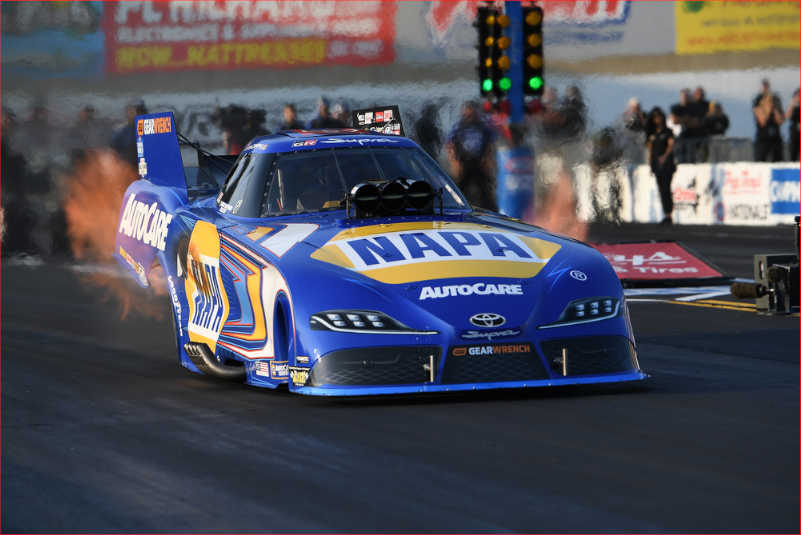 On race day Sunday, Capps and co-crew chiefs Dean “Guido” Antonelli and John Medlen threw down the quickest pass of the day to get things started. Capps recorded a 3.858 at 331.53 to defeat Phil Burkart and earn lane choice for a second-round match with Tim Wilkerson. Capps left the starting line first in the race between the two most recent U.S. Nationals winners, but he had to lift to a 4.420 at 201.10, allowing Wilkerson to drive past with a winning 3.918. 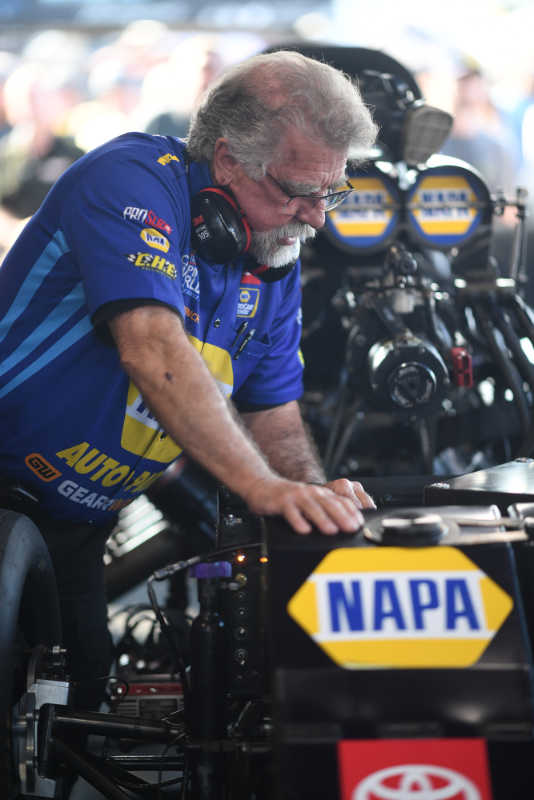 “This Toyota GR Supra was trucking and it just came loose,” said Capps, who beat Wilkerson in all prior matchups this season. “It threw me sideways; I felt like Gio Scelzi in a World of Outlaws car for a second. I just wanted to stay in my lane.” 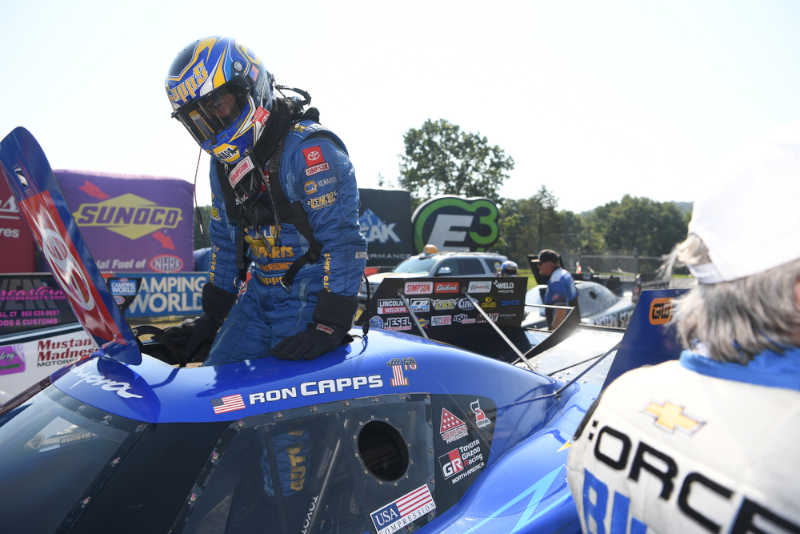 Capps, who was seeking his fourth win of the season, leaves Maple Grove third in points as the Countdown playoffs continue. Despite the second-round exit, the first-year team owner and veteran driver remains motivated in his pursuit of a second consecutive world championship and third title overall. 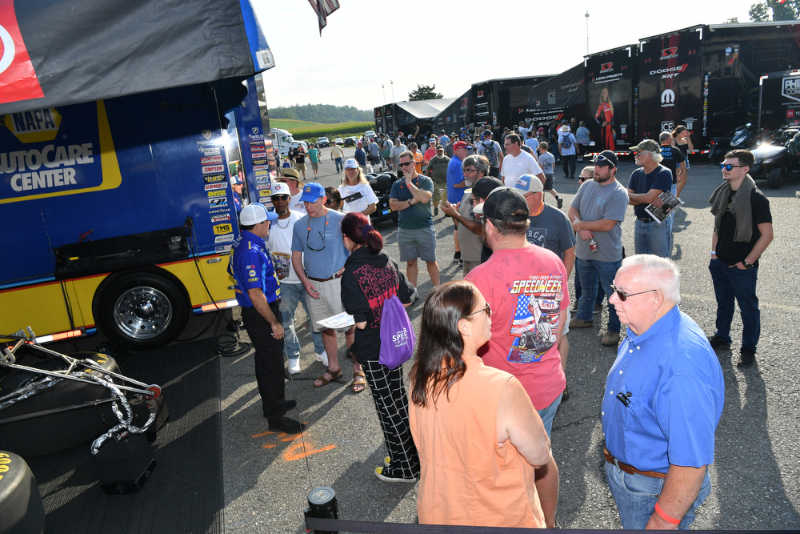 “That’s the Countdown, man,” Capps said. “That’s what this is all about. It’s going to be like this for the next five races. We lost a little bit of ground today, but we have a great race car. The NAPA AutoCare guys have done a great job. This is it. This is what it’s all about right here.” 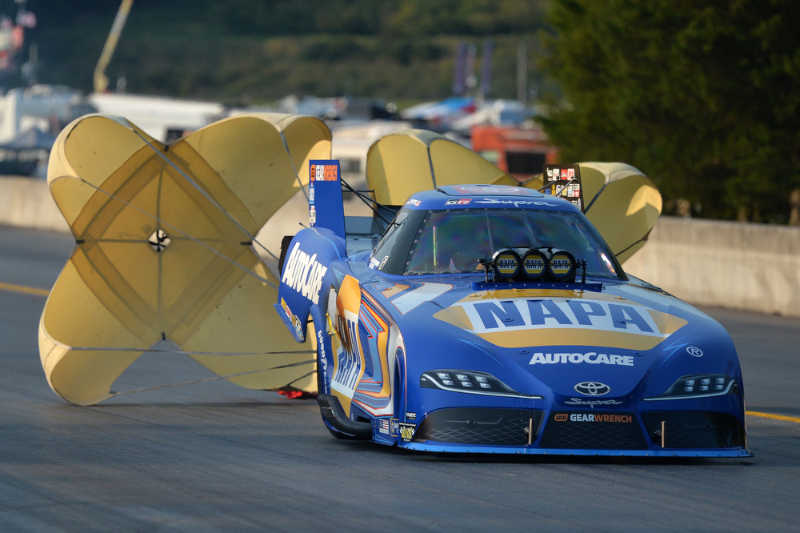 Capps and the NAPA AutoCare Funny Car team will head South for the second race of the six-event Countdown, the Betway NHRA Carolina Nationals, Sept. 23-25, at zMAX Dragway in Concord, N.C.