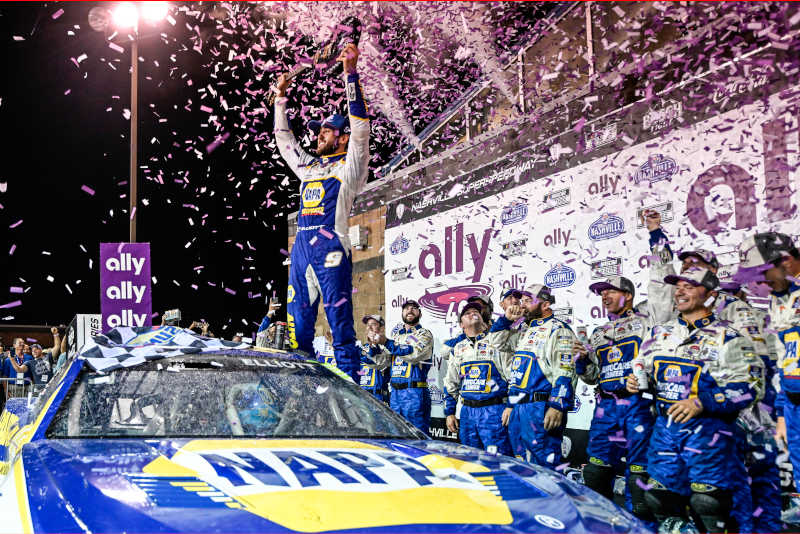 Elliott rolled off the grid from the fourth position in the No. 9 NAPA AUTO PARTS Chevrolet Camaro ZL1 and was scored in the seventh position when the first caution flag of the race waved on lap 41. Not long after the cars were slowed, lightning was reported near the track, bringing out the red flag. Once the field was rolling again, crew chief Alan Gustafson called the 26-year-old driver in for the first pit stop of the day for four tires, fuel, an air pressure adjustment, and chassis adjustment. Restarting inside the top 10 on lap 48, he was scored in the eighth position across two quick caution periods. Staying out, he restarted from the seventh spot with 25 circuits remaining in the first stage before settling into eighth. He picked off a position in the closing laps but ultimately ended the stage in eighth, earning three stage points in the process. 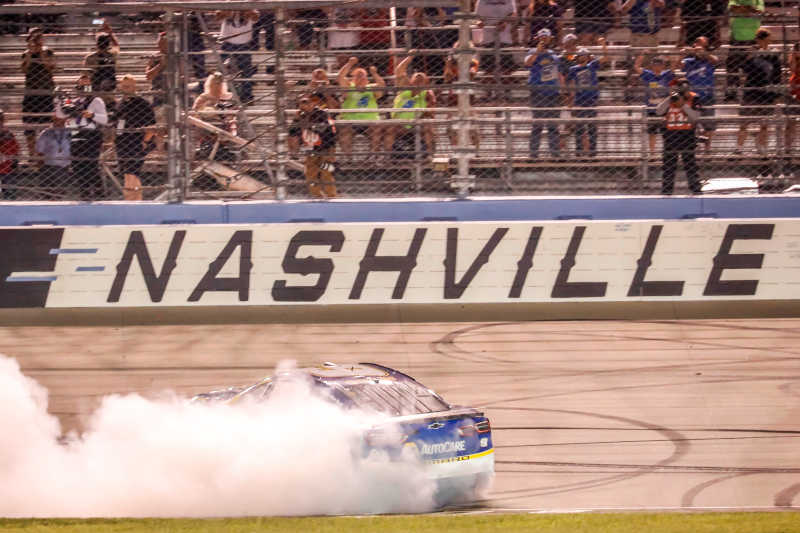 During the stage break, he reported that the balance was better that run, but felt like the rear of his NAPA AUTO PARTS Chevrolet was still disconnected and up and out of the track. Elliott brought his No. 9 Chevrolet to the attention of his pit crew for four fresh tires, fuel and an air pressure adjustment. The Dawsonville, Georgia, native took the green flag for stage two from the 10th position on lap 97 and improved to seventh before a yellow flag waved. During the team’s pit stop for four tires and fuel, there was an issue with the left front that caused Elliott to lose several spots on pit road. With nothing to lose, Gustafson called Elliott back in for an adjustment to help with his Chevy’s handling. Elliott restarted deep in the field and battled his way to 16th before the race was red flagged again for lightning before rain enveloped the track. After a lengthy delay, the race resumed, and Elliott’s car came to life with 35 laps to go in the second stage. He restarted 15th and powered his way to fourth before the green-and-white checkered flag waved on lap 185.

After a fast four-tire stop by the NAPA AUTO PARTS crew, Elliott was the third car off pit road and lined up on the second row to start the final stage. Running in the third position when a caution flag came out with 96 laps to go, the team opted to pit for four tires and fuel. Choosing the top, Elliott restarted 14th and quickly maneuvered his way fifth. From there, he steadily continued gaining ground, taking the top spot for the first time of the race with 54 laps to go. Gustafson called him in for a scheduled green-flag pit stop just a couple laps later, and Elliott found himself in the 15th position when a caution flag waved before pit stops had completely cycled through. With most of the cars ahead of him still needing to pit, he restarted on the front row and re-took the lead, pacing the field until a caution flag slowed the race with less than 10 laps to go. The team ultimately decided not to come to pit road and Elliott drove on to win his second Cup Series victory of the season and 15th of his career. 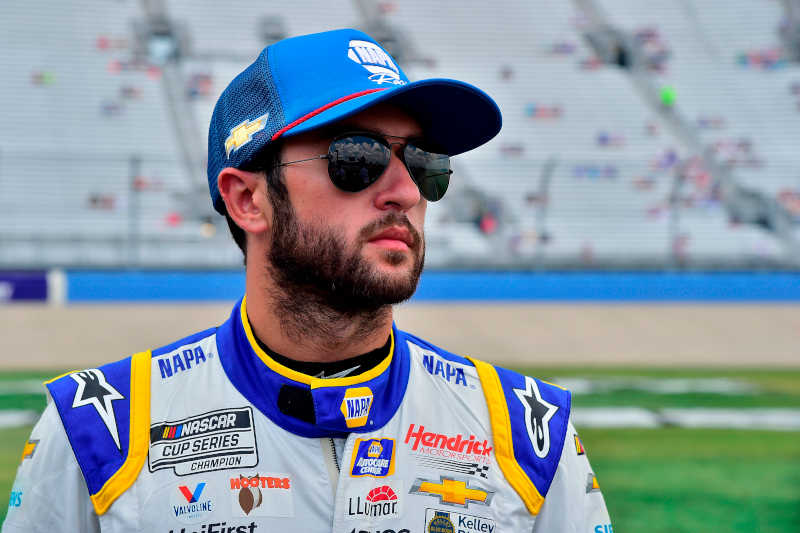 “So proud of our team because we kind of had a setback there about halfway and we were able to get our NAPA Chevy dialed back in and get back in the mix,” said Elliott. “These things are hard to come by and you have to enjoy them. You never know when or if ever you will get another one.” 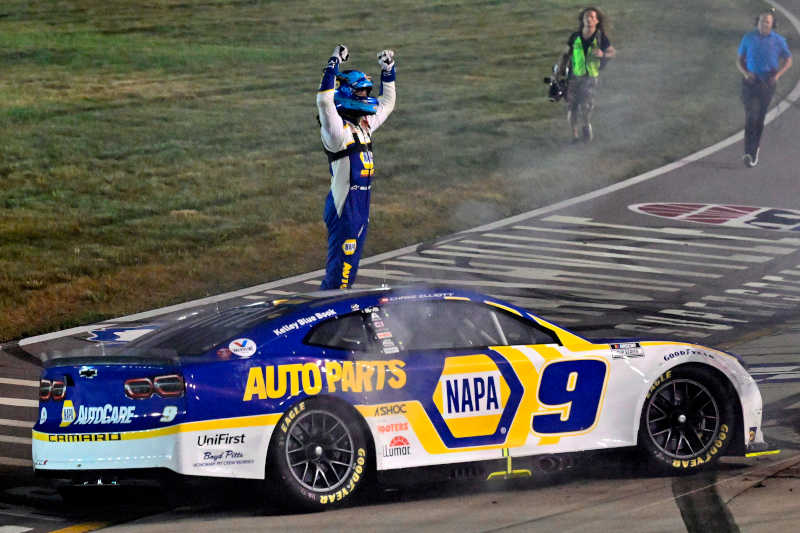 Next Race: Sunday, July 3, Road America
How to Watch or Listen: 3 p.m. ET on USA, MRN and SiriusXM