Chase Elliott and the No. 9 team had a strong day at Phoenix Raceway, leading a total of 50 laps and scoring valuable stage points throughout the race. Elliott battled back from a late-race spin with less than 10 laps to go to score an 11th-place result. The Dawsonville, Georgia, native now sits third in the NASCAR Cup Series point standings, just five markers outside of the lead.

Elliott rolled off the grid from the 19th position for the 312-lap event. From the drop of the green flag, Elliott’s No. 9 UniFirst Chevrolet Camaro ZL1 showed speed. He powered his way inside the top 15 within 15 laps and reached the 10th position just before the competition caution on lap 25. Under the caution, crew chief Alan Gustafson called Elliott in for the first pit stop of the day for four tires and fuel. A fast stop by the No. 9 crew allowed Elliott to line up sixth for the restart on lap 32. From there, Elliott continued his march forward to end stage one in the third position, collecting eight stage points in the process. 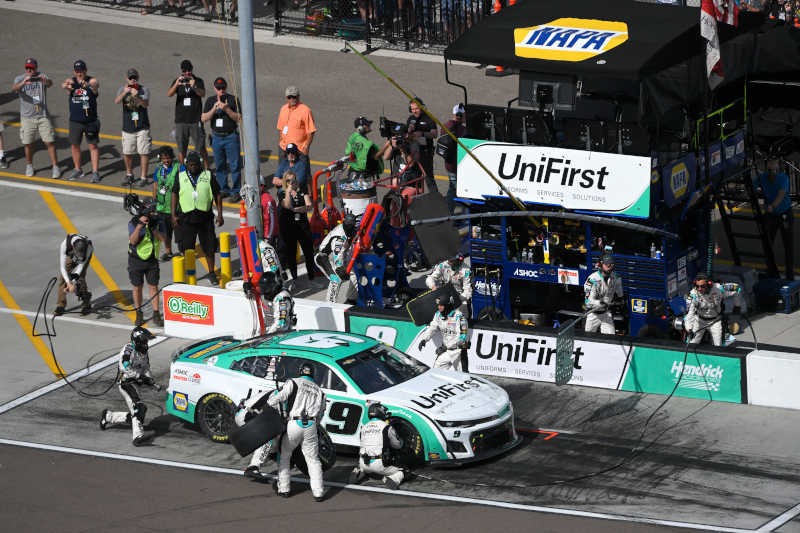 Under the stage-ending caution, Elliott reported that he was happy with the balance on his No. 9 Chevrolet. During the caution period, the team took the opportunity to pit for four fresh tires and fuel. Another quick stop by the team propelled Elliott to win the race off pit road. With other cars opting not to pit, the driver of the No. 9 lined up inside the second row for the start of stage two on lap 70. He held onto the third spot and was battling for second less than 10 laps later. Elliott took over the runner-up position on lap 79 and remained there throughout a long green-flag run. 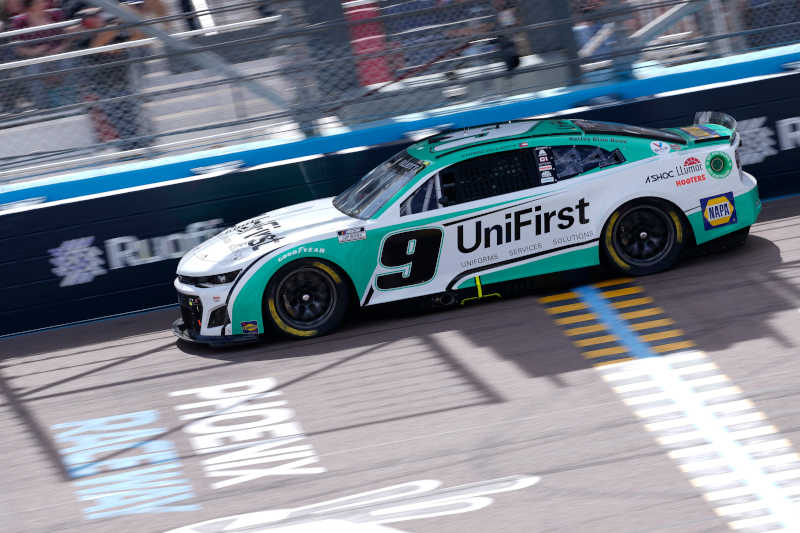 When the caution came out on lap 118, Elliott relayed to the team that his balance was ok, but that he was starting to hurt the right rear. The team pitted for four tires and fuel and got Elliott off pit road first. The 26-year-old driver restarted from the front row on lap 125 and took command of the lead. Elliott continued to pace the field until the No. 12 of Ryan Blaney worked his way by in the closing laps of the second stage. Elliott held on to the runner-up spot for the remainder of the stage, earning nine stage points when the green-and-white checkered flag waved on lap 185. 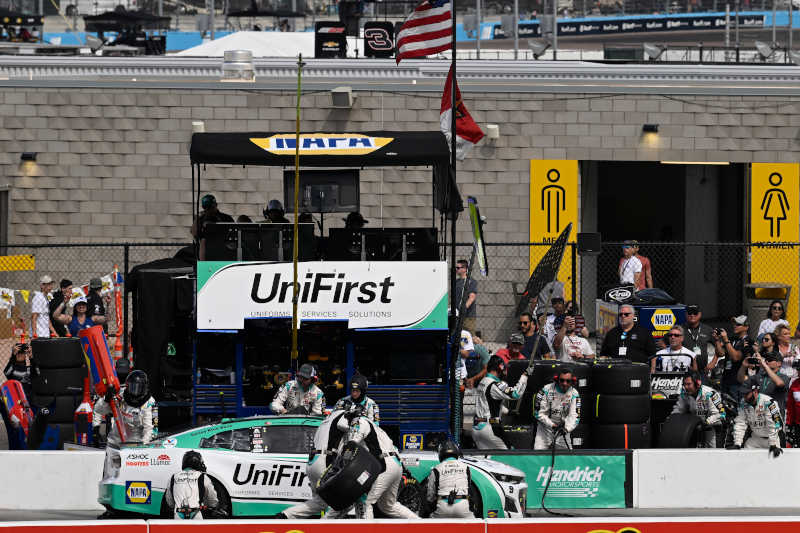 During the stage break, Elliott brought the UniFirst Chevrolet to pit road for four tires and fuel. The team made an air pressure adjustment to give the No. 9 a little more grip. The 2020 series champion took the green flag for the final stage from the front row on lap 194 and he held point until the caution flag waved just under 30 laps later. Under the yellow flag, Elliott relayed to Gustafson that his Camaro was better that run, so it was another quick stop for four tires and fuel, with no adjustments. Once the green flag was back in the air, Elliott battled to hold onto the top spot and ultimately settled into the second position. As another long green flag run ensued, Elliott slowly reeled in the leader and was nearing his opportunity to fight for the lead when the caution flag waved with 27 laps to go. 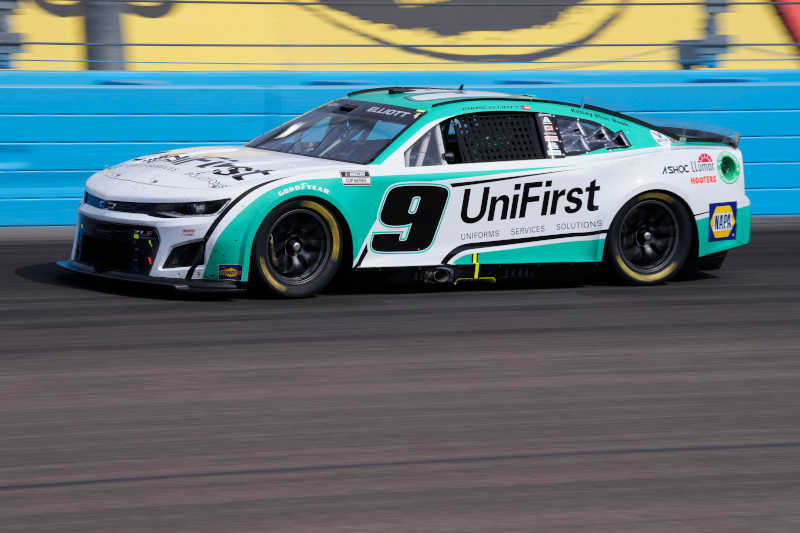 Elliott brought the UniFirst Chevrolet to the attention of his crew for fresh tires and fuel. An issue caused a lengthy pit stop for the team and Elliott lined up sixth for a 20-lap shootout. The Hendrick Motorsports driver was battling hard for position when his Chevrolet got loose and spun on the backstretch, bringing out the caution with less than 10 laps to go. No damaged was sustained to the UniFirst Chevrolet, but the team opted to pit for four fresh tires. Elliott restarted from the 18th position with three laps to go and powered his way to 11th before the checkered flag waved. 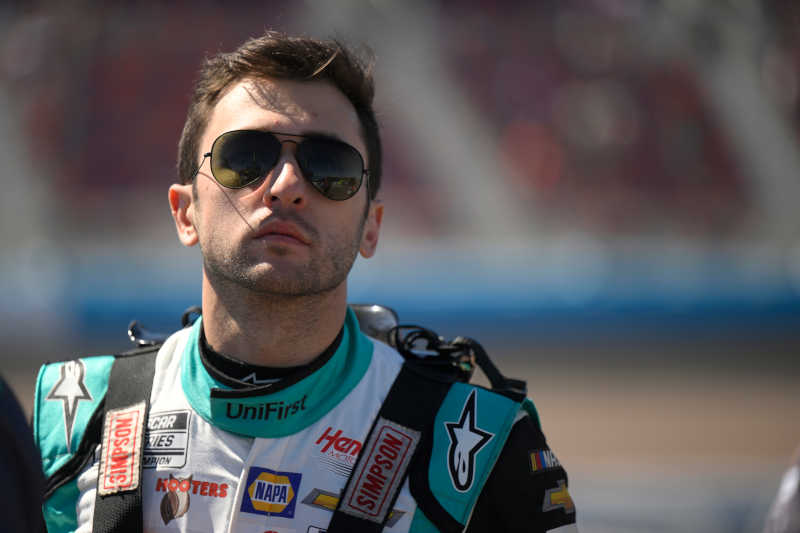 “We had a really fast Chevrolet today. I apologized to my team after the race because I know we had a better car than where we finished. We were having a solid day battling up front and had some great stops, but we just couldn’t put together the finish we needed. Still, it was a solid points day for us and each week we’re getting a better feel for this new car. Next week will be interesting in Atlanta. There’s a lot of unknowns, so I’m eager to get there and see what we can put together.”

Next Race: March 20, Atlanta Motor Speedway
How to Watch or Listen: 3:00 p.m. ET on FOX, PRN and SiriusXM