Chase Elliott spent much of Monday’s rain-delayed race at Talladega Superspeedway running inside the top ten before being credited with an 18th-place finish when rain forced NASCAR to the end the race after 117 laps. 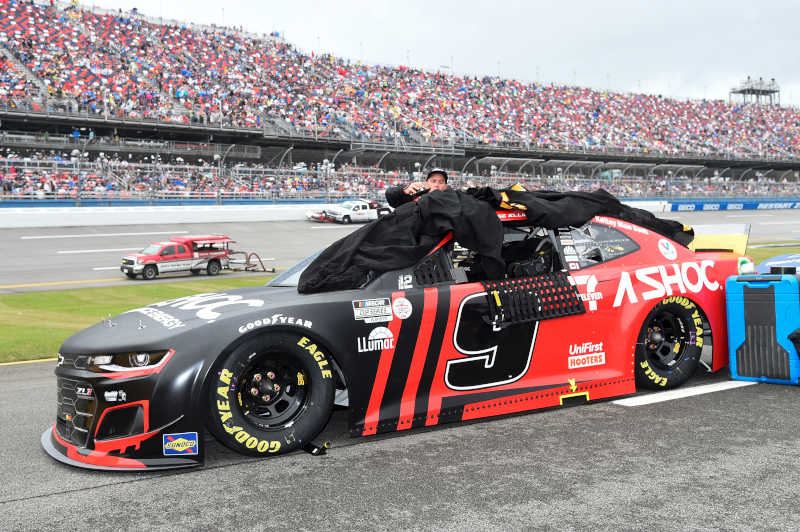 Elliott and the A SHOC team started third in Monday afternoon’s race. He took over second place on lap 3 as the inside lane surged ahead. Once the outside line gained momentum, the driver of the No. 9 slipped back to seventh. As the field went three wide, Elliott pulled his Chevrolet Camaro out of the draft and fell outside the top ten. After regaining his momentum, the A SHOC driver rallied back up to sixth on lap 23. 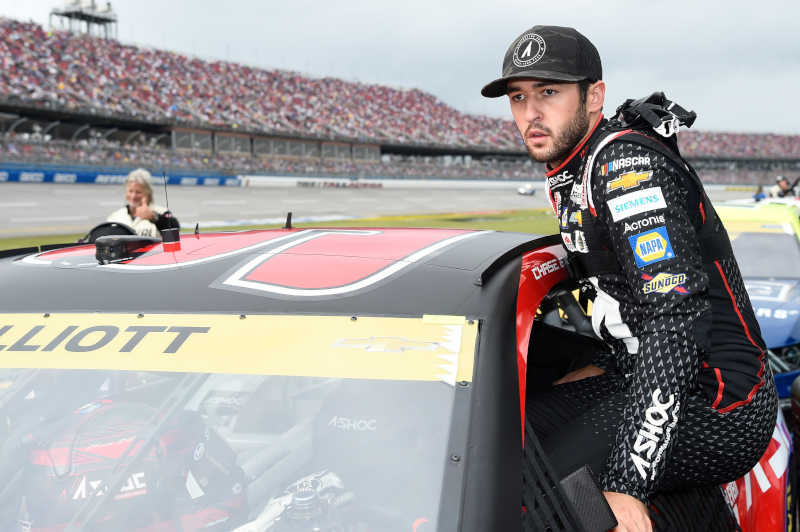 When the competition caution waved, Elliott was scored fifth. The No. 9 team pitted during the caution period for right-side tires, fuel, and multiple chassis adjustments. The former Talladega winner had a close call on pit road when the No. 51 car was entering his stall as Elliott exited his stall. The brief checkup caused Elliott to lose several positions. Because of the mishap, crew chief Alan Gustafson elected to bring the Dawsonville, Georgia, native back to pit road for a second pit stop. The team took left-side tires and an additional chassis adjustment. 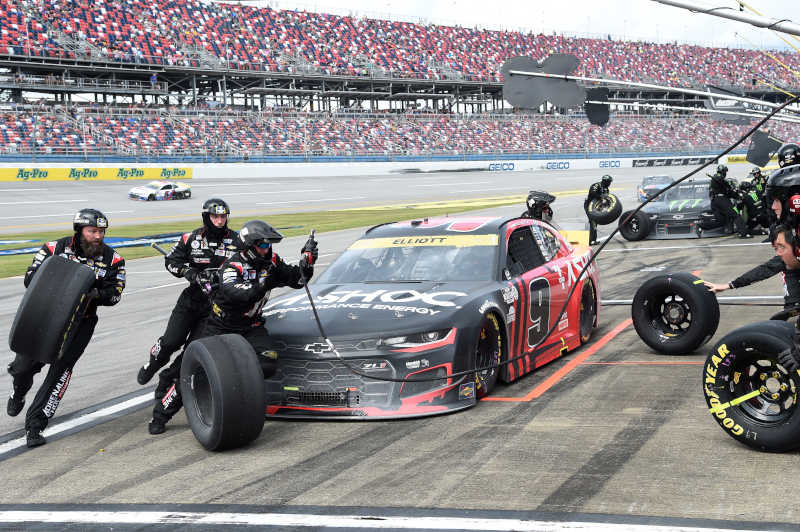 On lap 30, the race resumed with Elliott running 25th. In typical Talladega fashion, he found his way back inside the top ten in less than ten laps. Elliott continued to bounce between the lanes and was scored seventh when the first accident of the race brought out a yellow flag on lap 56. The first stage ended under caution as Elliott collected valuable stage points. 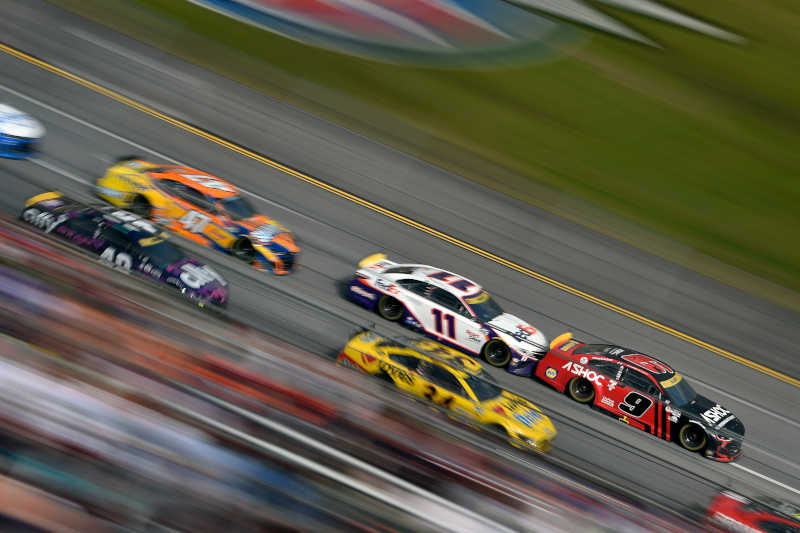 During the stage break, the A SHOC team visited pit road for four fresh tires and fuel. Elliott lined up eighth for the ensuing restart on lap 64. Another caution seven laps into the segment allowed the No. 9 team to make a fuel-only pit stop. Gustafson called Elliott back in to top off on fuel. Shortly after the caution, the race was halted because of rain. Elliott was scored in 14th. When the race resumed, Elliott slid down the leaderboard and was running 19th on lap 80. The 25-year-old driver quickly returned to the top ten as the front of the field went single file. When another caution came out on lap 99, Elliott was running in the top five.

Elliott remained in the top five for the restart and was up to third on lap 104. He was battling for second a couple of laps later but trickled out of the top five after a third line formed. Elliott pulled his Camaro out of the draft and dropped to 19th. He was able to gain one spot before the yellow flag waved with four laps left in the stage. 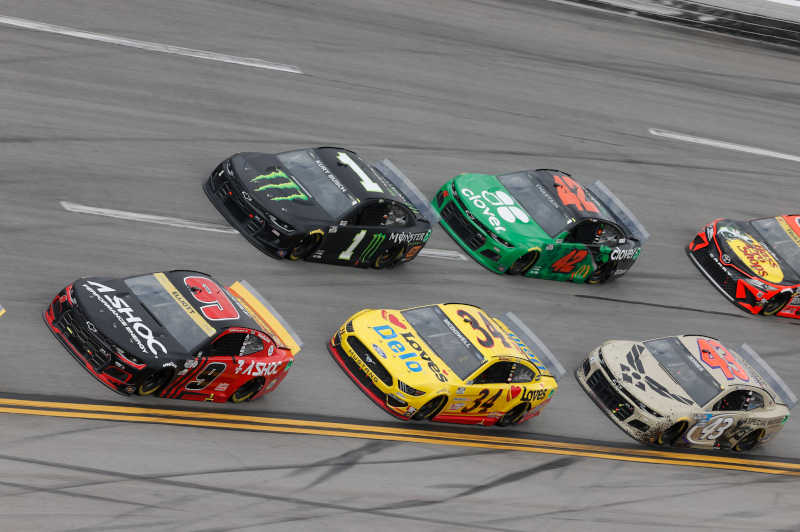 While the race was under caution, a heavy rain shower forced NASCAR to red flag the race. The rain became too persistent to dry the track and the race was declared official after 117 laps. Elliott and the A SHOC team were credited with an 18th-place finish. The No. 9 team is currently seventh in the playoff standings as the NASCAR Cup Series heads to the final race of the Round of 12 next Sunday at the Charlotte Motor Speedway road course where Elliott has won the past two years.