Chase Elliott and the No. 9 UniFirst team led 36 laps at Daytona International Speedway on Saturday night before being collected in a late-race incident while out front. Elliott rebounded to finish eighth in the regular season finale. 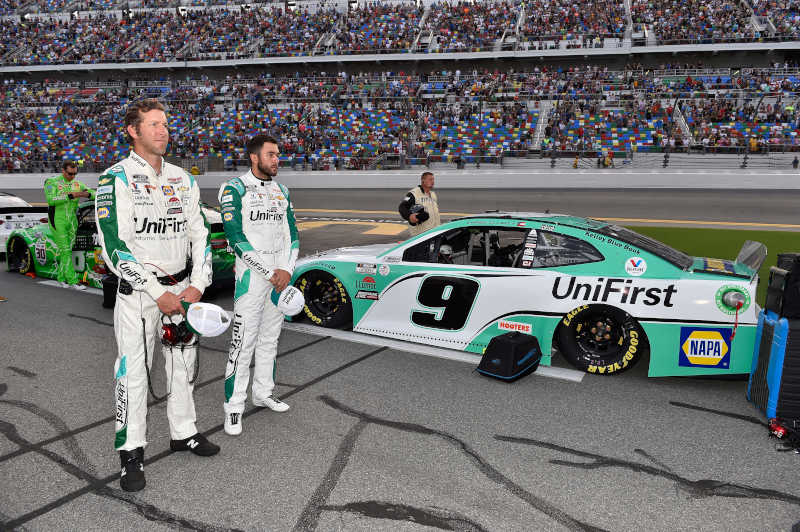 Elliott started fifth in Saturday night’s race and made it to third by lap two. However, the draft wasn’t working well in his lane, and he fell to 19th on lap 9. Elliott regained his momentum and charged back up to second before quickly grabbing the lead prior to the competition caution on lap 20. The No. 9 UniFirst team elected to visit pit road during the caution period for a fuel-only pit stop and held on to the lead. On lap 41, Elliott was leading the field when he pulled his Chevrolet Camaro out of line in hopes to remove debris from the front grille opening. He fell back to fourth but returned to the lead on lap 48. The 25-year-old driver held on to the top spot for the remainder of the stage to earn the stage victory.

Elliott pitted for four tires and fuel during the stage break and lined up as the race leader to begin stage two. A slow start for the inside lane dropped him to seventh. He fell to 20th by lap 86 but battled his way back towards the front to end stage two in 11th. 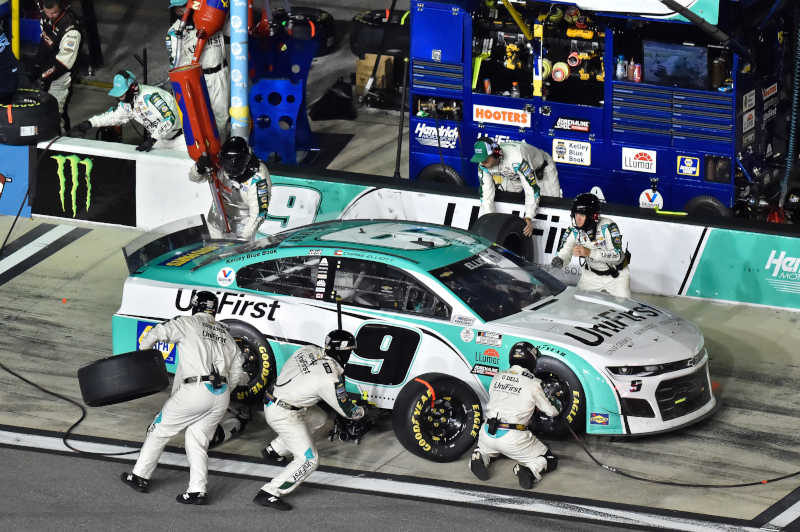 During the stage break, Elliott came to the attention of his No. 9 team for four fresh tires and fuel. He lined up 11th to begin the final stage and wasted no time breaking back into the top ten. The UniFirst driver was running fourth on lap 108, but a move to the outside saw Elliott lose his momentum and fall back to 14th. He managed to fight his way back into the top ten and found himself running sixth by lap 132. A caution on lap 140 brought Elliott and most of the other leaders to pit road. After pitting, he lined up 22nd for the ensuing restart. He made quick work of his fresh equipment and surged through the field to rejoin the top ten on lap 146. Elliott and the UniFirst team elected to stay out during a caution on lap 146.

When the race resumed, Elliott moved back into the lead on lap 155. The UniFirst Chevy continued to lead as the laps counted down. With two laps remaining, Elliott faced a furious challenge from the No. 21 car. The two cars made contact and a multi-car accident ensued in their mirrors. The No. 9 team made multiple pit stops to repair damage during the caution. Elliott lined up 21st for an overtime restart and worked his way back into the top ten. He narrowly missed the being involved in another multi-car crash on the final lap as he snuck by and ultimately ended the night with an eighth-place finish. 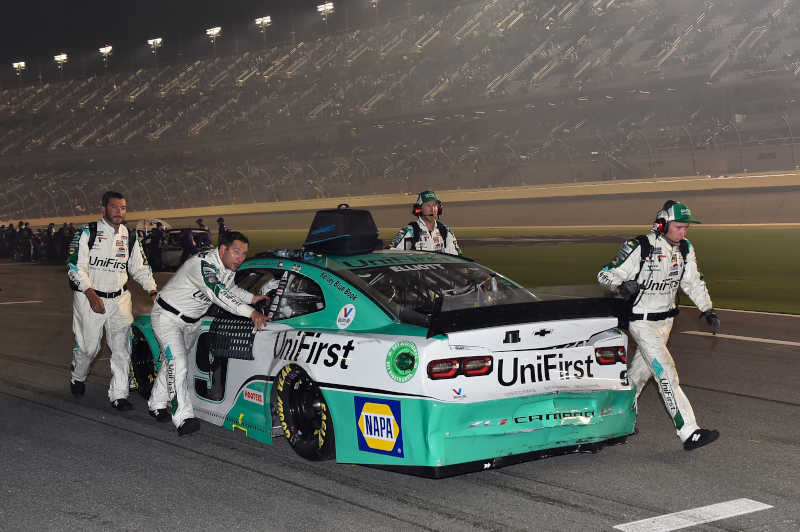 Next Sunday’s race at Darlington Raceway will kick off the 2021 NASCAR Cup Series playoffs. Elliott’s wins at Circuit of The Americas and Road America earlier this season secured his spot in the playoffs for the sixth consecutive year.

Next Race: September 5, Southern 500, Darlington Raceway
How to Watch or Listen: 6:00 p.m. ET on NBCSN, MRN and SiriusXM