The World of Outlaws NOS Energy Drink Sprint Car Series returned to River Cities Speedway in Grand Forks, N.D., on Wednesday as a make-up event from the rainout on August 20.

Sweet, the defending and two-time series champion, kicked the night off with a ninth-place qualifying effort. He and the Eric Prutzman-led team finished second in their heat race and, after a fifth-place finish in the Fast Pass Dash, the No. 49 team started fifth in the 40-lap feature. 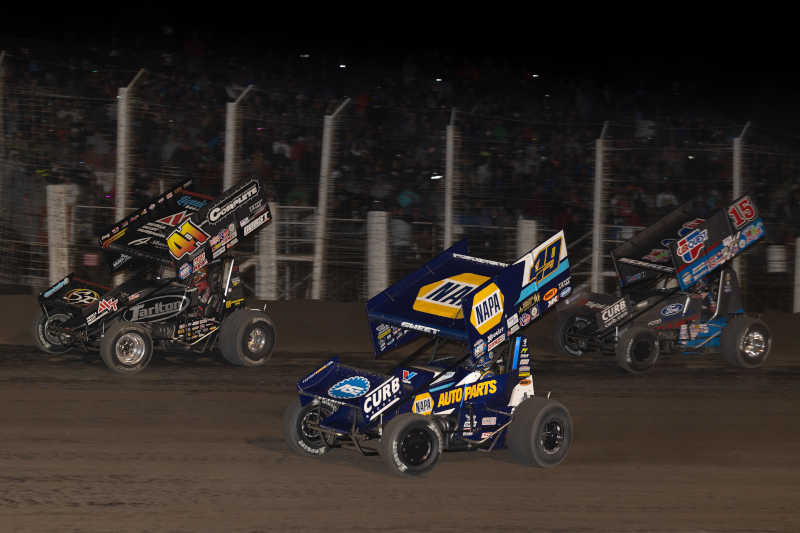 At the drop of the green flag, Sweet slipped back to eighth in the running order, however a quick caution reset the field and The Big Cat lined up on the inside of the third row again. On the ensuing green flag, Sweet battled neck-and-neck with championship rivals David Gravel and Logan Schuchart, along with Craig Kinser.

By lap 22 of 40, Sweet worked his way up to the fourth position. A red flag on lap 20 reset the field. Sheldon Haudenschild grabbed the top spot and worked his way to a big lead over the field. With just six laps to go, Sweet was up to second and set his sights on the No. 17 NOS Energy Drink machine. 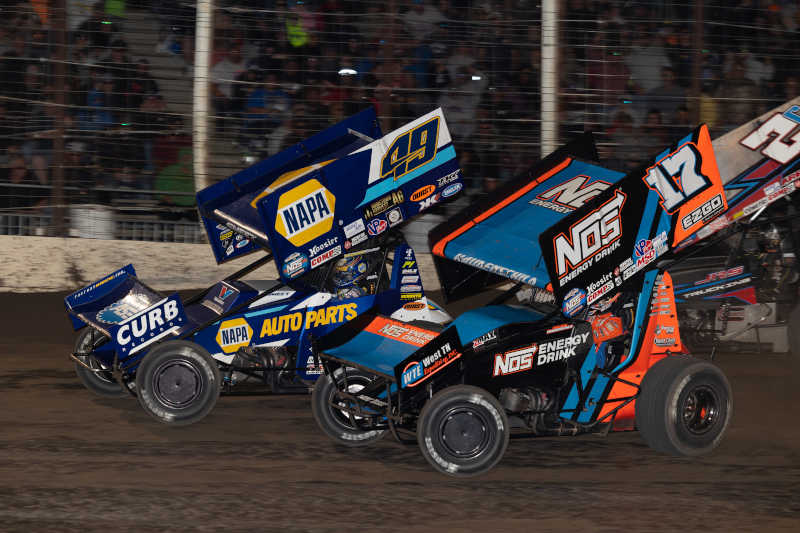 With just three laps to go, Sweet caught both Haudenschild and lapped traffic. Running the middle lane of the racetrack, Sweet was able to get to the inside of Haudenschild with one lap to go, and off turn two he completed the pass for the lead. Entering the final turn of the race, Sweet went to the top side of the speedway while Haudenschild attempted one final pass to the bottom of the track. With a side-by-side drag race to the finish line, Sweet was first to the line by 0.133 of a second, earning his 73rd career win and placing him solely at 11th all-time in World of Outlaws wins. 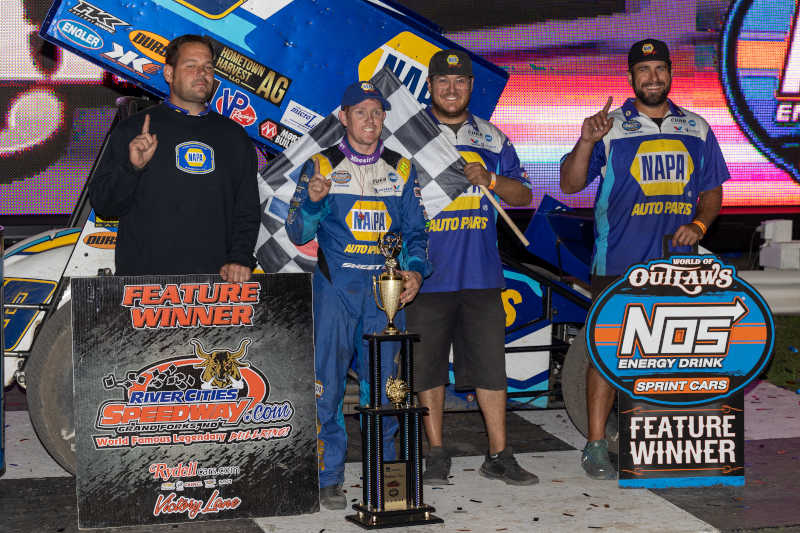 The call by series announcer Johnny Gibson was for the ages. The highlights and final eight laps of the race can be seen on the World of Outlaws YouTube Channel here. 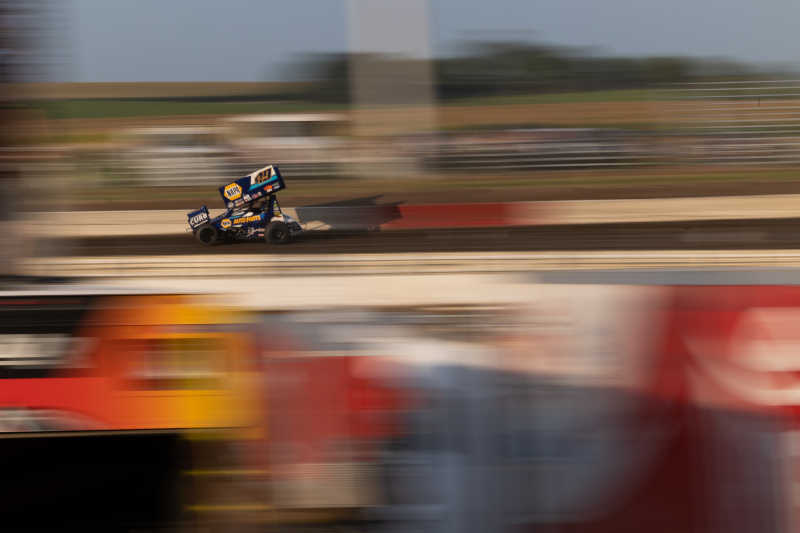 The “Greatest Show on Dirt” headed to I-80 Speedway in Greenwood, Neb., on Friday. A 13th-place qualifying effort for Sweet would leave the team starting fifth in their heat. Just missing out on qualifying to the dash, the No. 49 team rolled off 13th in the 30-lap feature. Looking for speed on the high and low side of the long and fast ½-mle oval, Sweet advanced into the top ten by the checkered flag, finishing in ninth. 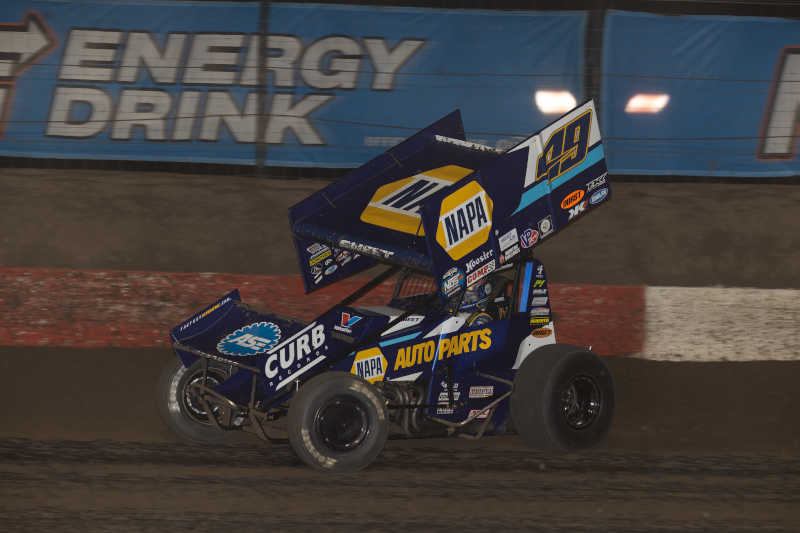 The final event of the week was held Sunday at Black Hills Speedway in Rapid City, S.D. With a late qualifying draw, Sweet and the No. 49 NAPA AUTO PARTS team clocked in with the eighth-fast lap, lining the team up fourth in their heat race. Finishing third, Sweet just missed out on the Fast Pass Dash. 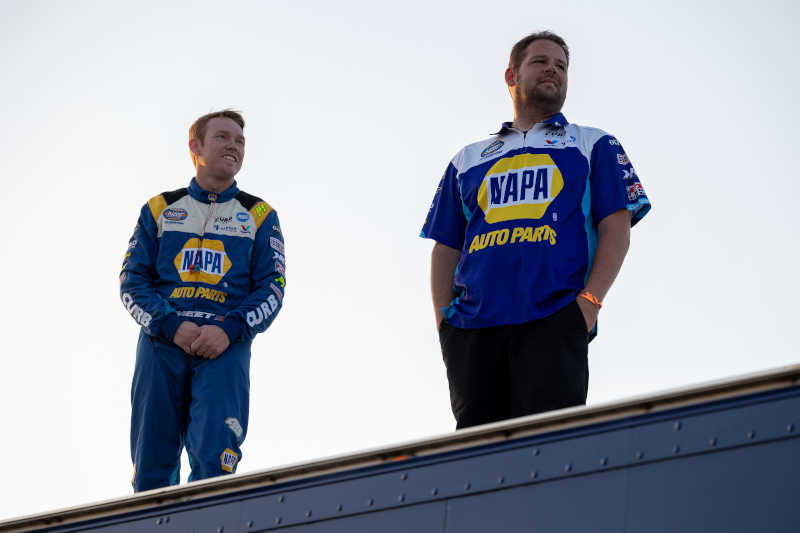 The start of the feature was delayed as officials attempted to rework the track after drivers fought rough and dusty conditions during the heat races. The rework helped, but teams still battled an abrasive and dusty surface throughout the feature, with a handful of teams experiencing flat tires. 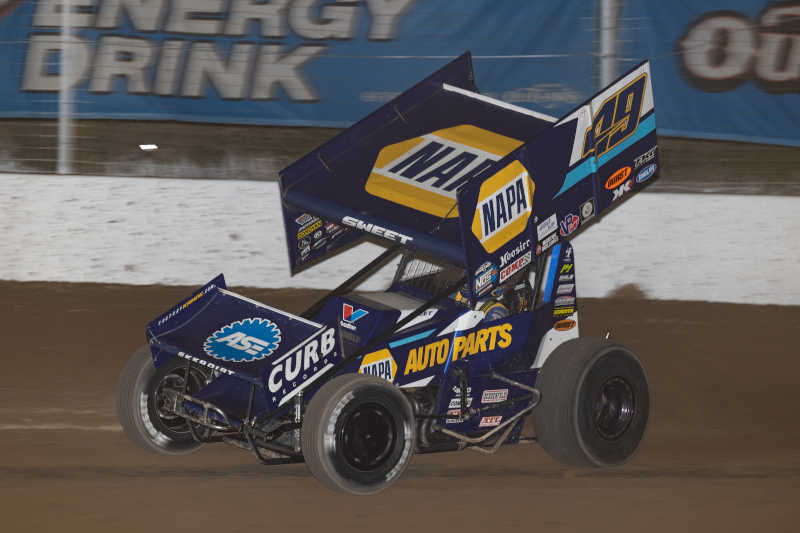 While running fourth in the feature event with just ten laps to go, Sweet and his Kasey Kahne Racing teammate James McFadden experienced cut tires. With the caution waving, both teams went to the work area for services from their teams. 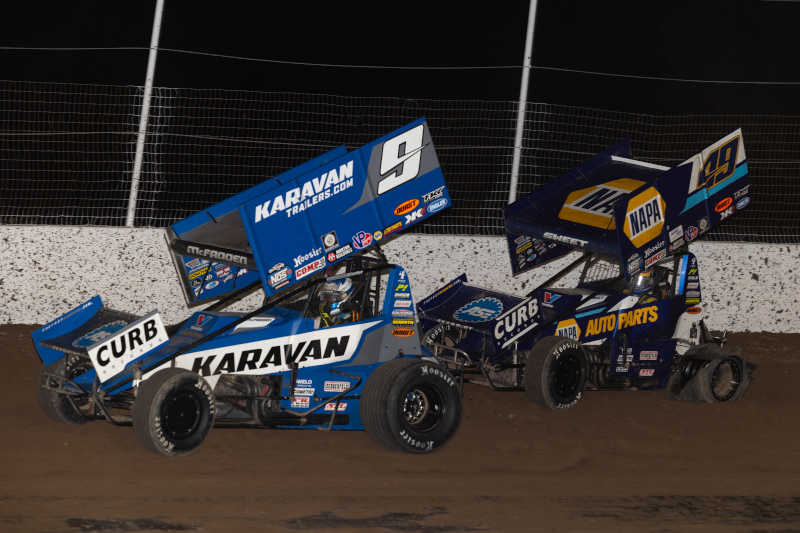 With a fresh left rear tire, Sweet worked his way through the field with only a handful of laps to go, ultimately finishing in the fifth position, his series-leading 38th top-five of the season.

The NAPA team retains a 120 point lead over David Gravel with 19 events remaining of the 2021 season.