Chase Elliott and the No. 9 Hooters Spirits team led 33 laps on Saturday night at Bristol Motor Speedway en route to a fifth-place finish. 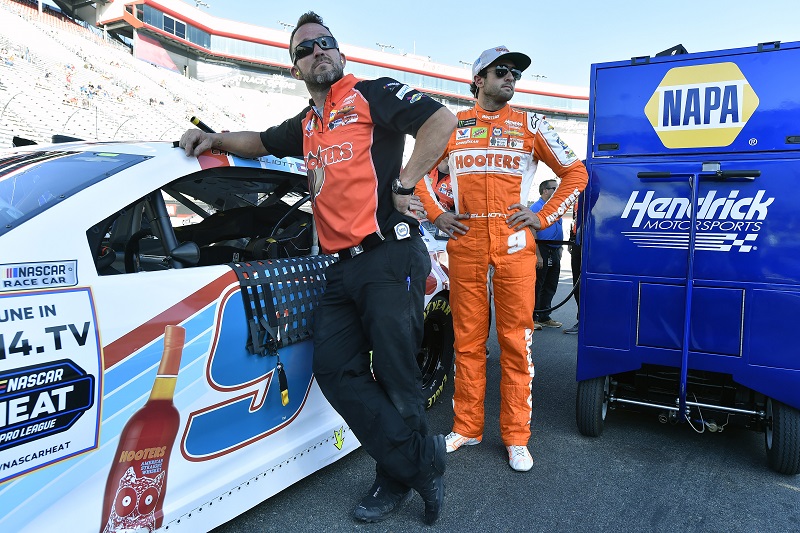 Elliott and the Hooters Spirits team rolled off sixth for Saturday night’s race. The driver of the No. 9 had worked his way inside the top five by Lap 58 and was tracking down the leader by Lap 88. With two laps left in opening 125-lap stage, Elliott took over the lead briefly before sliding back to second where he’d finish Stage 1. 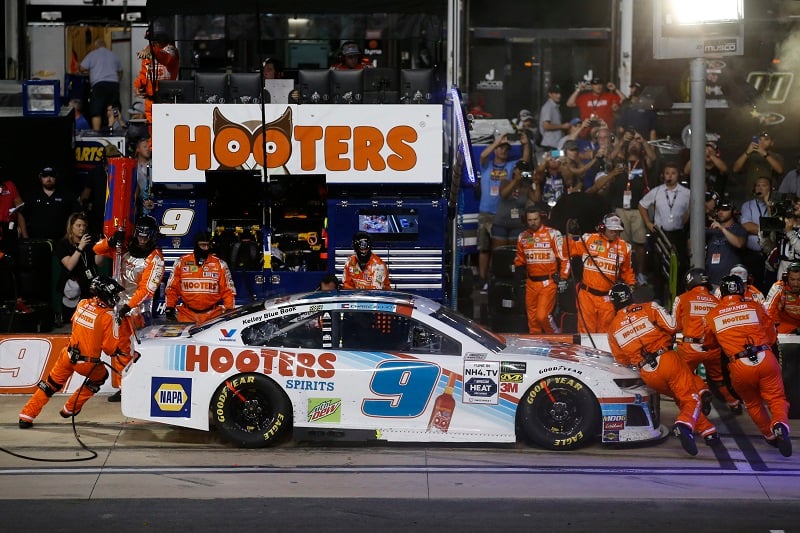 A lightning-fast pit stop during the stage break by the No. 9 Hooters Spirits crew put Elliott in the lead for the restart. He reported that his Chevrolet Camaro ZL1 was too loose as he fell to third when the caution flag waved on Lap 190. Elliott continued to race in the top five during the majority of the second stage. When a caution waved with less than 10 laps to go in Stage 2, Elliott brought the No. 9 Hooters Spirits Chevy to pit road for fresh tires, fuel and a chassis adjustment. After restarting eighth, he was able to race his way to a sixth-place finish in Stage 2. 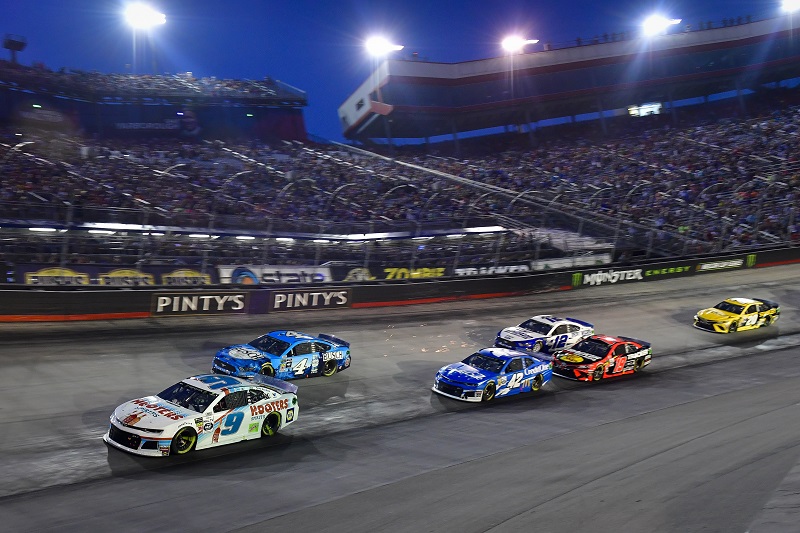 Elliott began the final segment in second but dropped back to third on Lap 306. He maintained his top-five position through multiple caution periods before advancing to second on Lap 397. Elliott tried to chase down the leader over the 50-plus lap run, but he reported the handling of his No. 9 Chevy had transitioned to being too tight in the closing laps. In the end, Elliott and the Hooters Spirits team finished the night with a solid fifth-place result. 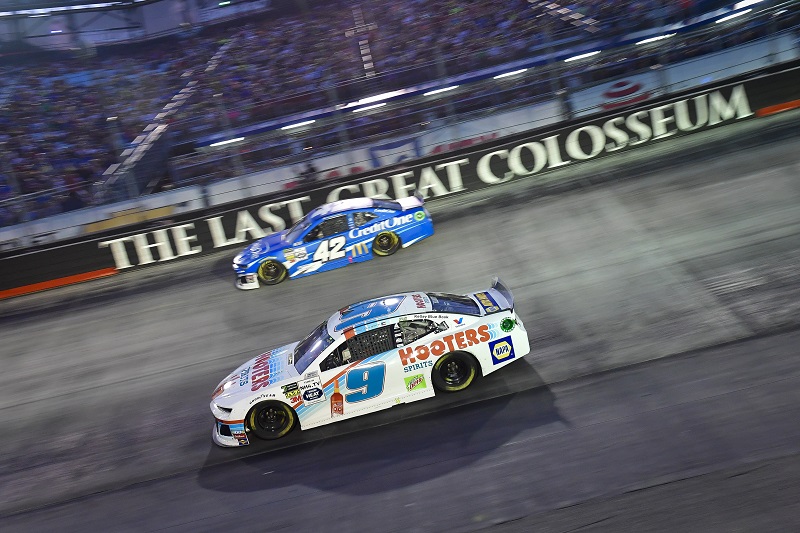