Alexander Rossi and the NAPA AutoCare crew finished the ABC Supply 500 18th after a Lap 1 incident forced the MilitaryToMotorsports.com team down 88 laps.

After rain fell over Pocono Raceway Saturday, the on-track schedule was modified, replacing qualifying with a two-hour practice session to complete the day. With qualifying cancelled, the field of 22 would grid based on entrant points, giving Alexander Rossi the front row starting position of second, next to points leader Josef Newgarden. 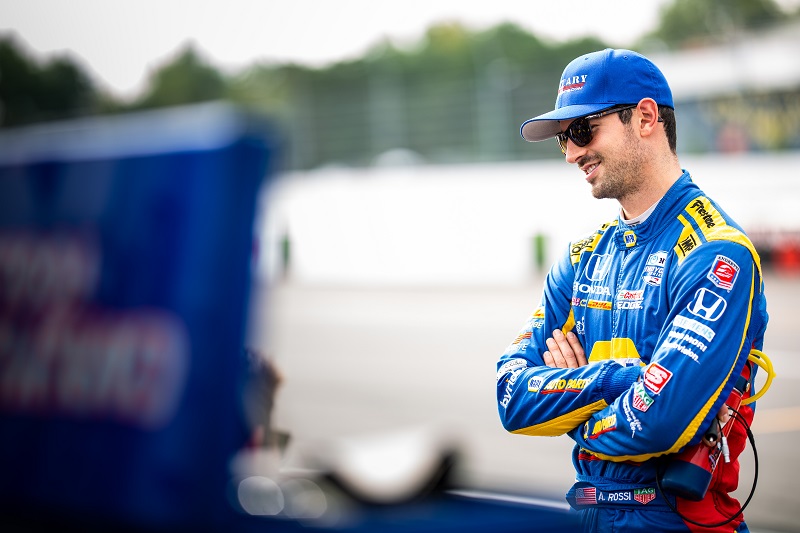 Once the green flag was waved, the drama quickly followed. Rossi lost two positions before making it to Turn 1 and headed into the second turn of Lap 1 three-wide between teammate Ryan Hunter-Reay and Rahal Letterman Lanigan driver, Takuma Sato. Following Scott Dixon’s draft, Sato fell left into Rossi and across the nose of Hunter-Reay. As the entangled cars shot down the track and back up to the wall, Sato’s racing machine was flipped, landing on the track surface upside down. James Hinchcliffe and Felix Rosenqvist were both innocently collected in the incident, and all five drivers were eventually checked and released from the infield medical center and local hospital (Rosenqvist). The incident brought out the first of two Red Flags of the race.

Needing to capture valuable championship points, Rossi’s NAPA AutoCare crew quickly went to work to get his No. 27 MilitaryToMotorsports.com Honda back on track. By Lap 88, the M2M team had served its 10-lap penalty for working on the car under red conditions and was back on track. After one pit stop, Rossi was able to jump Hunter-Reay and Hinchcliffe who had both ventured back to the track to turn laps. 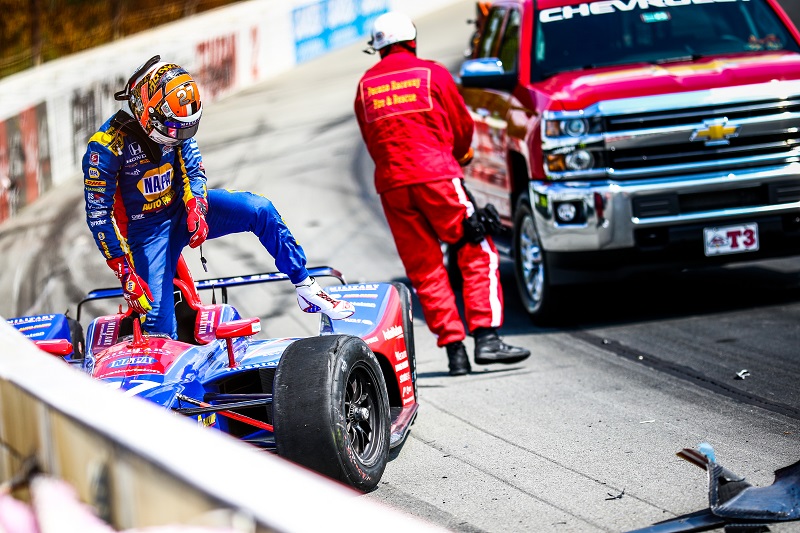 One lap shy of gaining another position over Spencer Pigot (who had made contact with the wall in Turn 1 on Lap 40), inclement weather in the area drew the final red flag of the event. Once the rain began to fall, the checkered flag was waved, ending the race on Lap 128.

Rossi finished the day 18th and collected 12 points toward the championship, leaving him second in the standings and 35 points behind Newgarden. 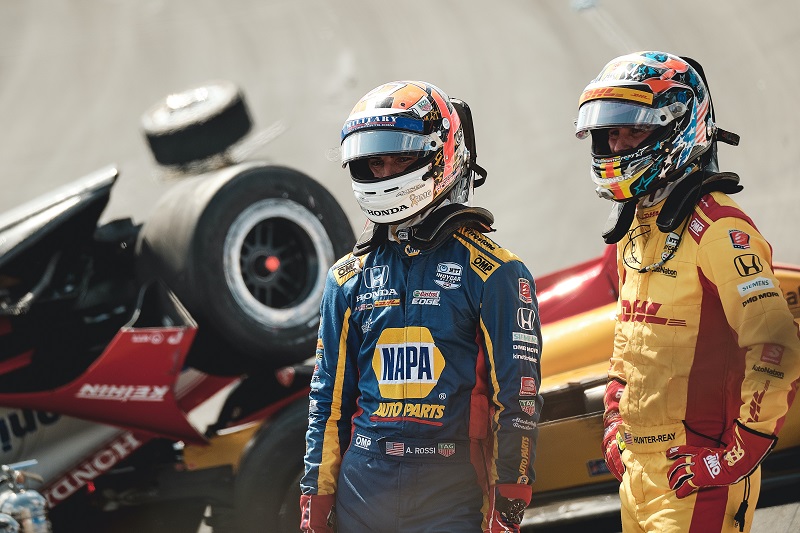 “Obviously, I didn’t get a good start – so that’s on me,” said Rossi. “But we were three wide; Ryan was on the inside, I was in the middle and Takuma was on the outside. I can’t even begin to understand how after last year Takuma thinks that any sort of driving like that is acceptable. To turn across two cars, at that speed, in that corner at a 500-mile race is disgraceful, upsetting and may have cost us a championship. It’s upsetting. This team works too hard to have something like that happen.

“The whole team worked tirelessly to get the 27 car back on track. Once we got out there, the car just didn’t have the handling we needed so we held on to make up as many points as we could. Unfortunately, the weather came, and the race was called one lap before we could gain another spot. We have a couple days to rebound and go for race wins now – that’s all that matters.”