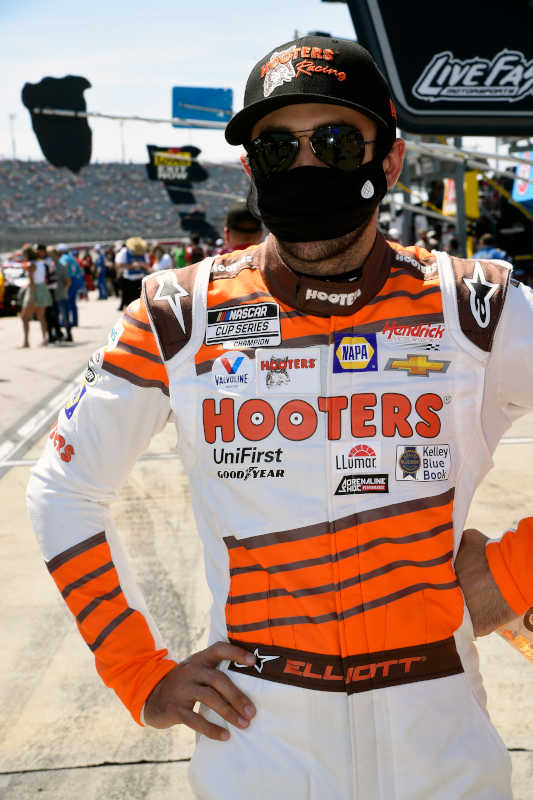 Elliott and the No. 9 Hooters Throwback Chevrolet started from the rear of the field because of an unapproved adjustment prior to the race. Elliott quickly overcame the setback as he moved up to 27th by the first caution on Lap 6. The Hooters team used the caution to bring the driver of the No. 9 to pit road for a trackbar adjustment to improve the tight handling condition he was fighting. After restarting 26th, Elliott surged into the top 20 by Lap 18 and was 19th when the second caution of the afternoon waved four laps later. The 25-year-old driver reported that the previous trackbar adjustment was helping the handling of his Camaro. 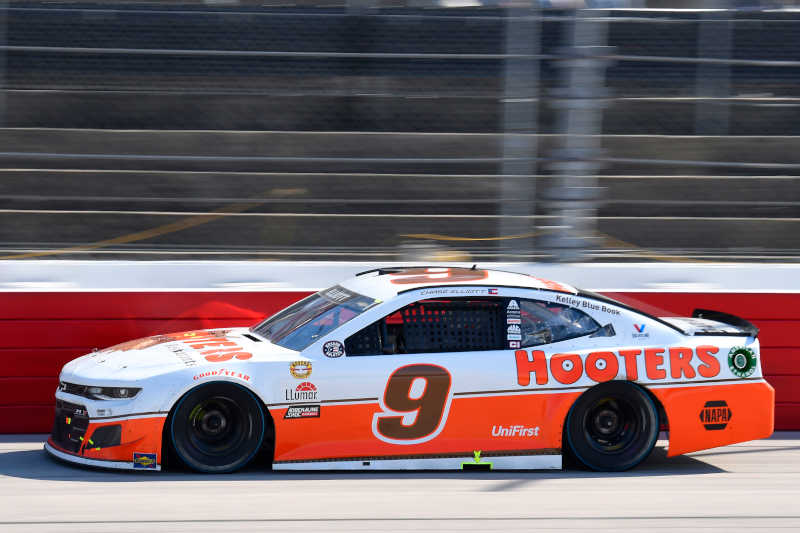 Elliott pushed forward following a Lap-28 restart and was quickly knocking on the door of the top ten. He was finally able to breech the top ten on Lap 75 as he battled with teammate William Byron. Elliott gained two more positions before the conclusion of Stage 1 to finish eighth when the first green-checkered flag waved on Lap 80. 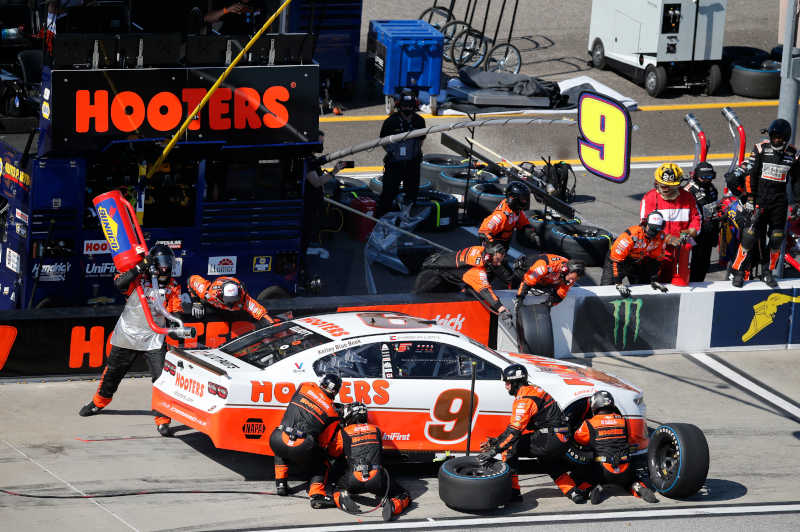 After pitting at the stage break, the No. 9 Hooters Throwback Chevrolet Camaro ZL1 1LE lined up in sixth to begin the second segment. Elliott attempted to break into the top five for much of Stage 2 and was running sixth before a scheduled green-flag pit stop with 42 laps to go in the stage. After pitting, Elliott tried to maintain his track position, but he eventually began fighting a loose handling condition. As a result, he finished the segment in the 11th position.

The Hooters team made extensive adjustments during the stage break and still managed to gain two spots on pit road before the restart on Lap 193. Restacking for the final push in ninth, Elliott began to trend toward the tight side once again. The Dawsonville, Georgia, native fought for every spot in the closing laps and was able to pick off two more before the checkered flag waved to claim a seventh-place finish. 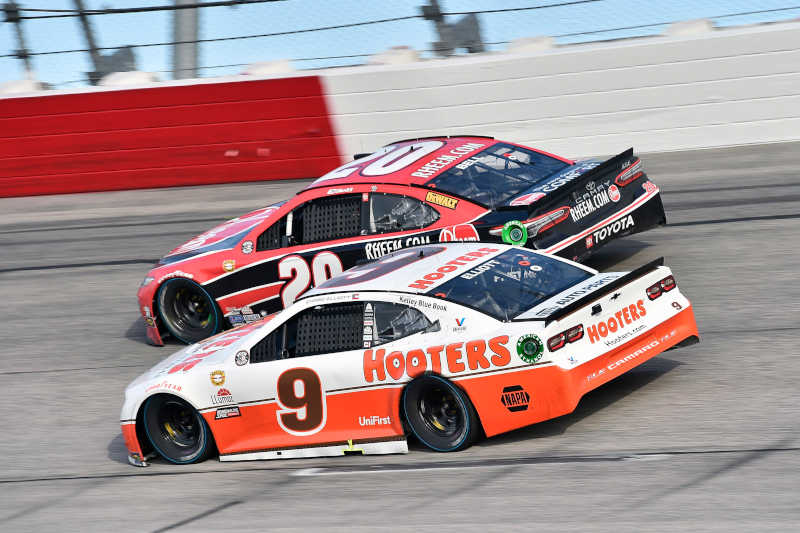