Elliott and the Kelley Blue Book team took the green flag in 16th for Sunday’s event at Texas Motor Speedway. Elliott steadily gained positions throughout Stage 1 and moved his way into the top ten by Lap 15.

When the yellow flag waved on Lap 30 for a competition caution, Elliott reported that his Kelly Blue Book Chevrolet Camaro ZL1 was starting to handle “a little free.” After pitting for fresh tires, fuel and an air pressure adjustment, the driver of the No. 9 restarted ninth. Consistent racing saw Elliott run inside the top 10 for most of the opening segment as he ended Stage 1 in ninth. 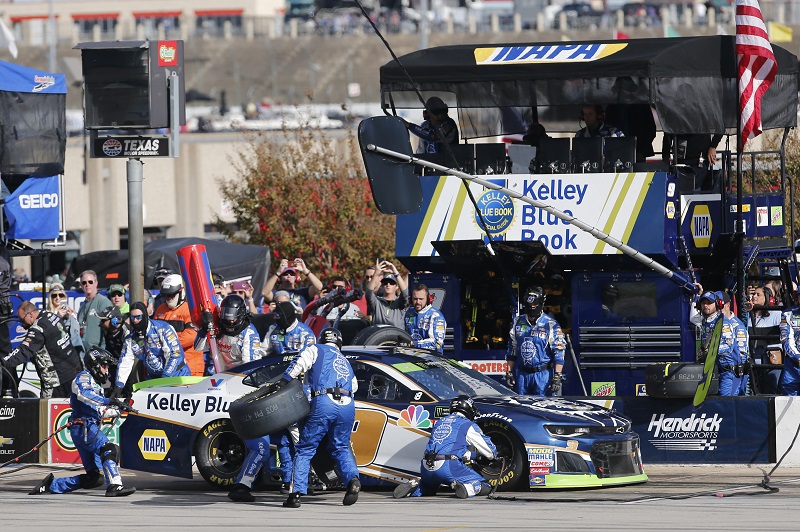 In Stage 2, Elliott continued to hold his top-ten position and was scored ninth as green-flag pit stops began to cycle through. When it was Elliott’s time to visit pit road, the Kelley Blue Book team once again took four fresh tires, fuel and made a chassis adjustment with the goal of improving the “edgy” feeling of the No. 9 Chevrolet.

After Elliott’s scheduled stop, he was initially shuffled down to 20th on Lap 135, but he was back up to 11th once the pit stops cycled through. He gained an additional position down the stretch in Stage 2 to finish in tenth. 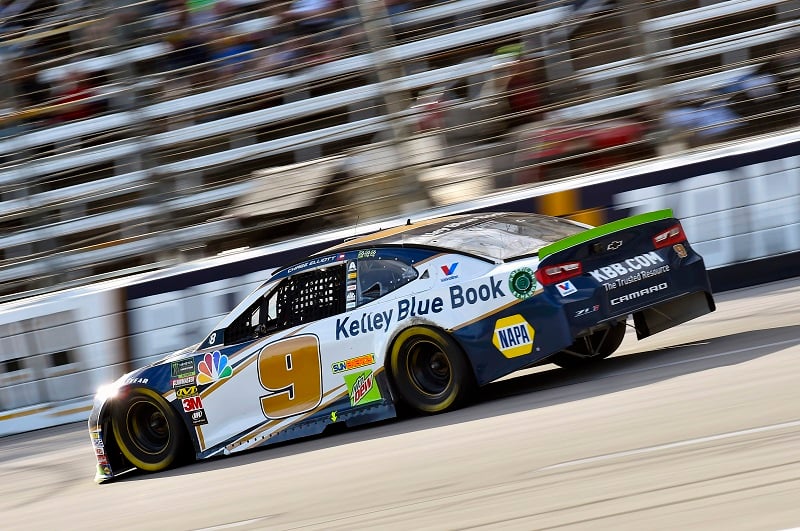 The Kelley Blue Book team started the third and final segment outside the top ten in 12th. Elliott continued to race in that position until a caution flag waved on Lap 226. Crew chief Alan Gustafson elected for Elliott to stay out and not pit – scoring him ninth for the ensuing restart.

As a second round of green flag pit stops began, Elliott climbed his way to fourth before he was called to pit road for the scheduled stop. He dropped back to 13th after pitting on Lap 283 for four tires, fuel and air pressure adjustment. Once he was back on track, Elliott worked to regain his position in the top ten. 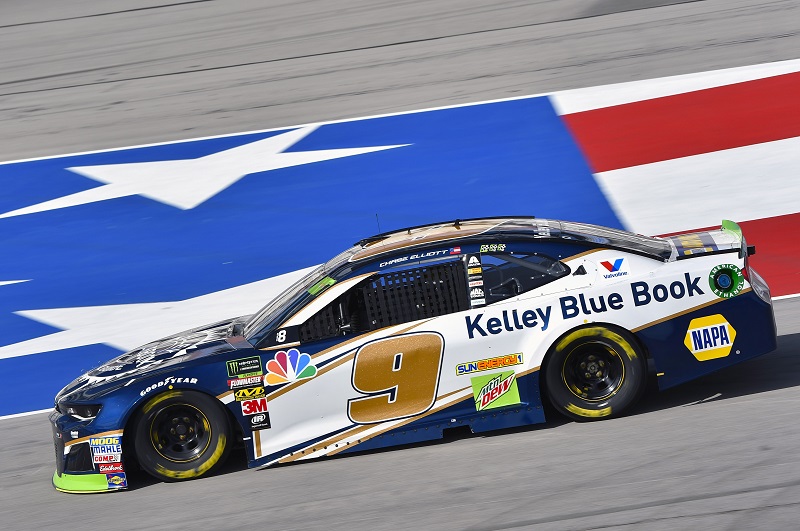 During a caution at Lap 298, Elliott reported his Kelley Blue Book Chevrolet was “a little better.” The team elected to stay out for track position and took the green for the restart in seventh.

When another caution flag was displayed, Elliott had dropped to eighth – where he would race until the final caution flag waved on Lap 332 sent the race into overtime. Elliott was scored eighth for the overtime restart and ultimately finished sixth after advancing two spots in the final two laps.