Brad Sweet and the NAPA AUTO PARTS team finished out the 2018 World of Outlaws Sprint Car Series season second in points after earning a podium finish at the World Finals at The Dirt Track at Charlotte Motor Speedway.

With the final weekend of the 2018 season already upon the No. 49 team on Thursday, it was an easy-going day with only qualifying on tap. The team first tackled qualifying for Friday night. A staggering 52 cars signed in, separating the group in half. Sweet went out in the second group and finish in the ninth spot overall. Next up was qualifying for Saturday night.  The same 52 cars went against the clock, and Sweet finished in the tenth spot. That session wrapped up Thursday’s events, and the team headed back to its headquarters in Mooresville, NC, to regroup. 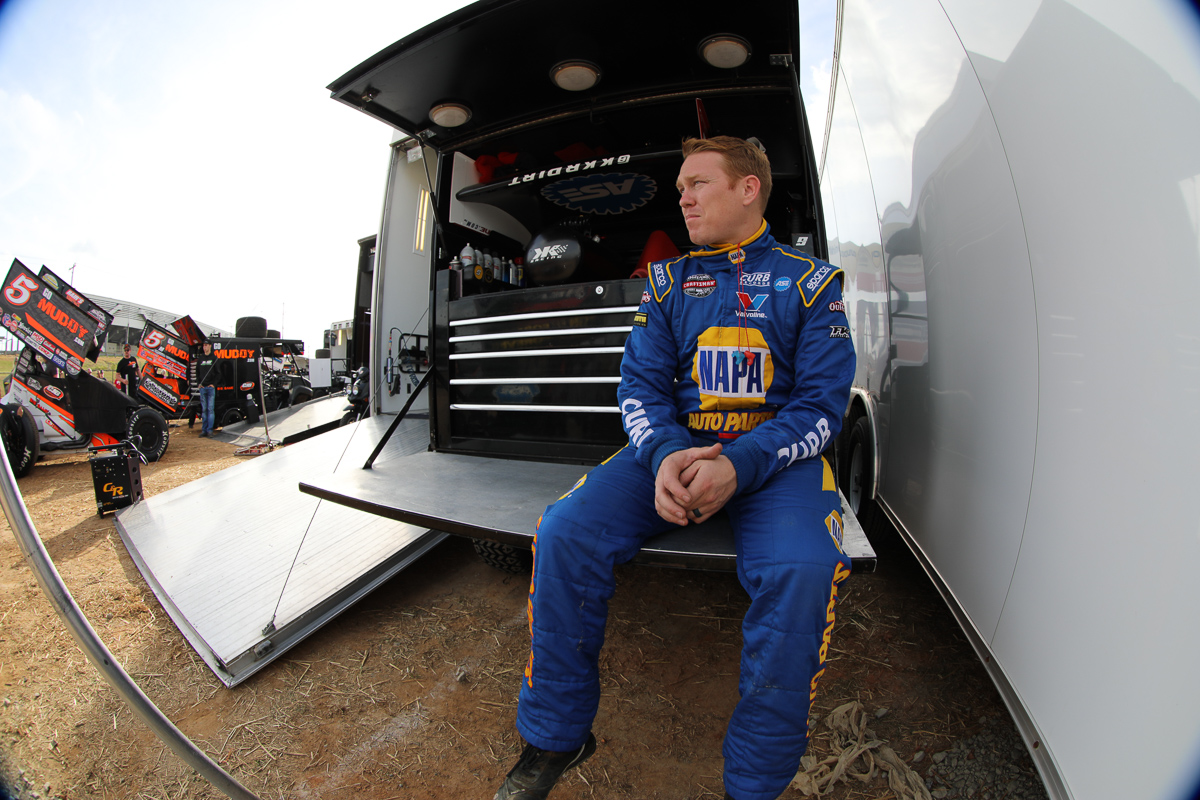 Back at the Dirt Track at Charlotte Motor Speedway on Friday, Sweet lined up inside the second row of the sixth heat . The top three would advance directly to the A feature. Sweet traded slide jobs during the first few laps of the eight-lap heat race and finished in the third spot, advancing to the A feature. With rain in the area, officials made the call to postpone Friday’s A feature to Saturday afternoon. 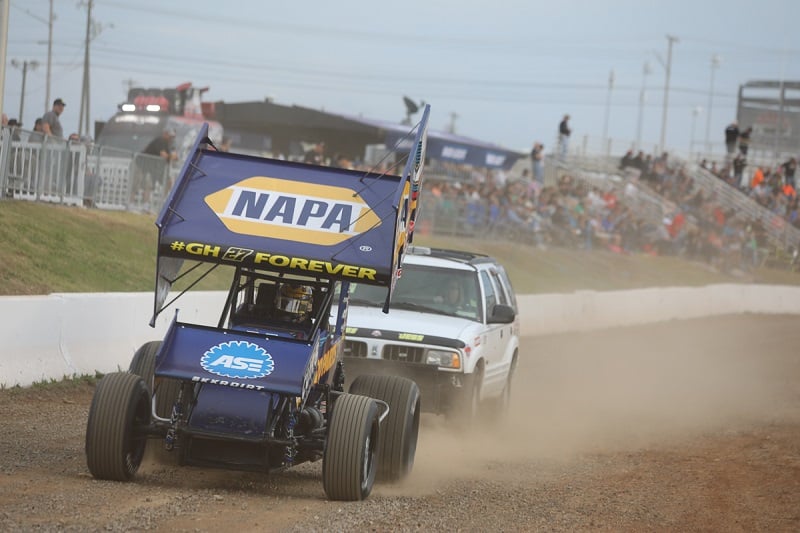 At the rare Saturday afternoon show, the NAPA AUTO PARTS team started 18th for the 30-lap feature event. Sweet and the team missed the set up slightly but advanced seven spots, finishing in the 11th position. 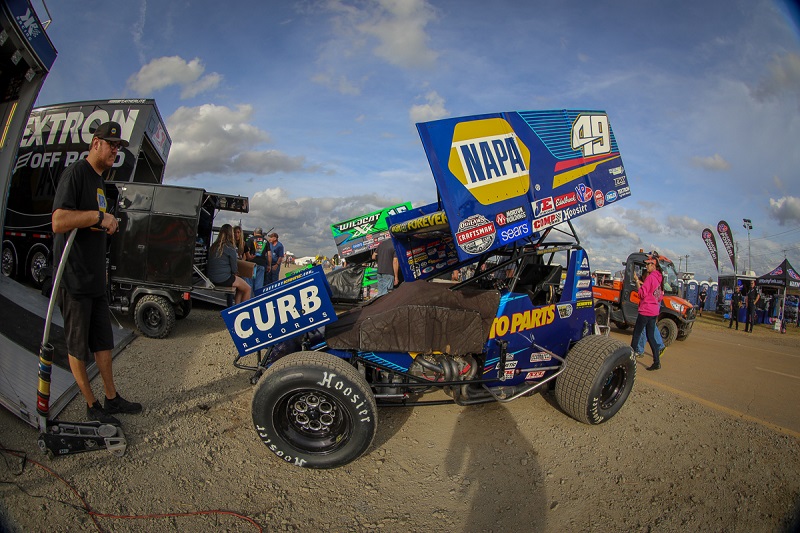 Saturday’s scheduled program was quickly underway, with Sweet starting in the fourth position of the first heat race. Sweet had settled into the third spot when the leader blew an engine, giving Sweet seven laps to advance to the dash. The No. 49 team did just that by going on to win heat one. Sweet then lined up in the ninth position for the 35-lap feature. Sweet hung around the top ten early, but by lap 16, the NAPA AUTO PARTS team worked their way up to the fifth spot. By lap 27, the car was coming to life and Sweet advanced to third. The No. 49 team finished out the season by rounding out the World Finals podium.

The NAPA AUTO PARTS Team finished the season second in points with a solid nine wins, 43 top-five and 58 top-ten finishes. 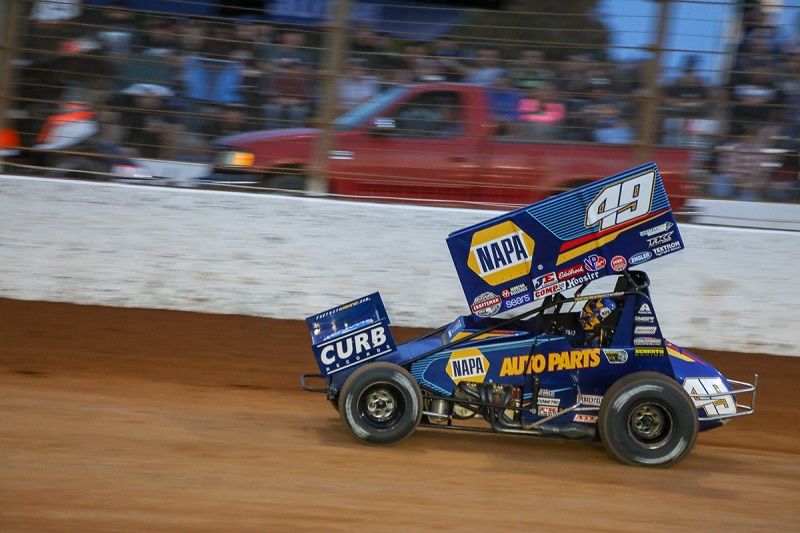 “It’s been a great season with my NAPA AUTO PARTS team,” Sweet said. “We set out to win double digits this year and conquered that goal. We won the Knoxville Nationals and that was definitely our highlight of the season. We ran so well in all the big money races, shows what this team is capable of. I’m excited to get a few months off and get back to it in Florida in February.“