Chase Elliott finished 23rd in Sunday’s NASCAR Cup Series race at Kentucky Speedway despite spending much of the day battling inside the top ten. The No. 9 Kelley Blue Book team continues to hold a top-five position in the points standings. 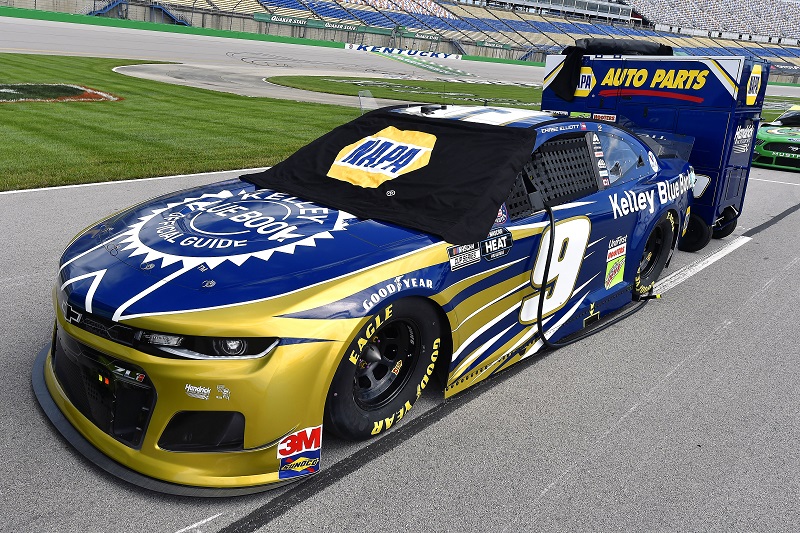 Elliott and the Kelley Blue Book team started Sunday’s race from the eighth position. On Lap 18, Elliott reported that he was happy with the handling of his Chevrolet as he moved into seventh. He remained in seventh until the competition caution was displayed on Lap 25. The driver of the No. 9 visited pit road and gained three spots thanks to a quick pit stop by the Kelley Blue Book team. He restarted fourth when the race resumed on Lap 31 and capitalized on the outside line’s momentum to jump up to second. 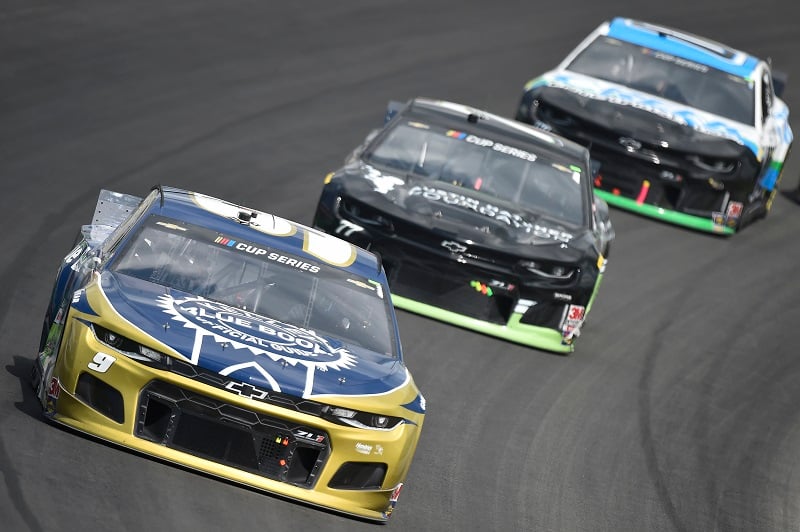 During the lengthy green-flag run, Elliott once again relayed that he was pleased with the handling of his Chevy. He remained in second for the duration of Stage 1. Following the stage, the No. 9 Kelley Blue Book team elected to visit pit road for four fresh tires, fuel and a chassis adjustment. 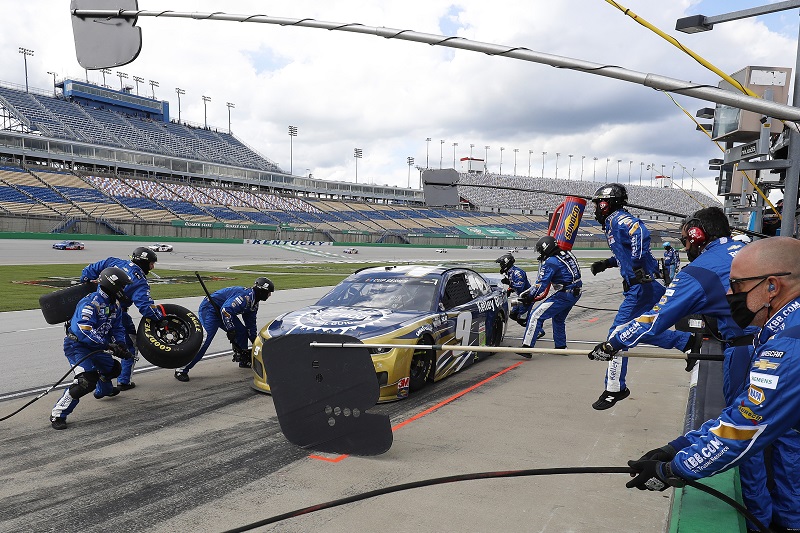 After lining up fourth when stage two went green on Lap 88, Elliott reported that he was starting to battle tight-handling conditions. As a result, he lost several positions. He was scored eighth prior to making a green-flag pit stop on Lap 149. A miscue during the pit stop set Elliott back to 18th during the sequence of pit stops. A caution on Lap 154 gave the Kelley Blue Book team the opportunity they needed to pit again for multiple chassis adjustments. When the race resumed for a one-lap shootout to end Stage 2, Elliott was scored in 20th. He was able to gain four spots on the restart to end the stage in the 16th position. 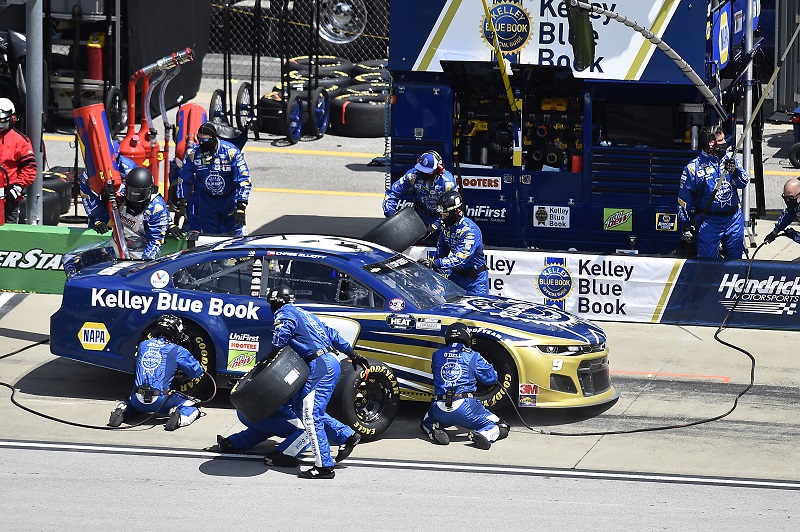 The No. 9 team did not pit during the stage break and lined up 12th for the final stage. The team’s adjustments helped the Kelley Blue Book Chevrolet as he moved back up to sixth on Lap 171. After another scheduled green-flag pit stop, Elliott was caught a lap down when the caution flag waved on Lap 229 before the entire field had cycled through their pit stops. During the caution, he took the wave around to return to the lead lap and restarted 18th with 30 laps remaining. 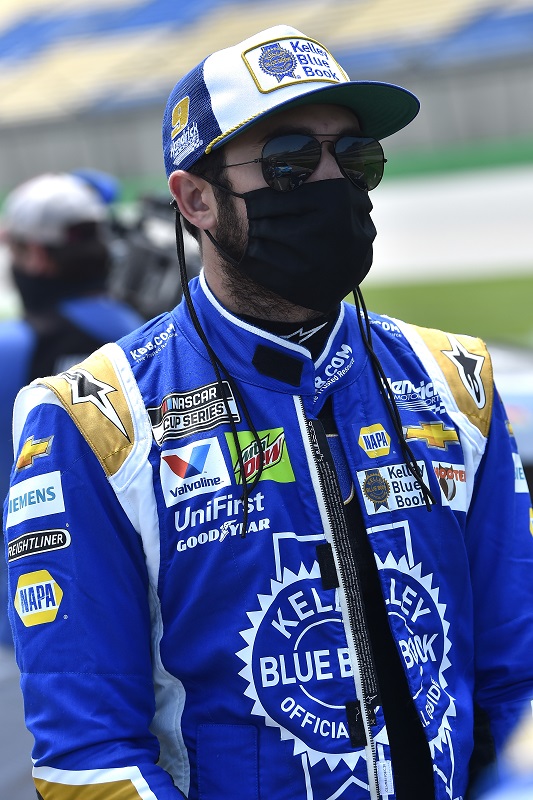 Elliott was scored 13th after a string of cautions, but a four-wide restart on Lap 256 saw him slip back to 19th before yet another caution flag waved on Lap 261. The Kelley Blue Book team called Elliott to pit road for four tires and fuel before a two-lap sprint to the checkered flag. In the end, Elliott finished the race with a 23rd-place result.