Chase Elliott and the NAPA AUTO PARTS team closed out the doubleheader weekend at Pocono Raceway with a fourth-place finish in Sunday’s 350-mile race. The result is Elliott’s seventh top-five finish of the season.

Elliott and the NAPA AUTO PARTS team started Sunday’s 350-mile race at Pocono Raceway from the rear of the field because of a transmission change after Saturday’s race. The driver of the No. 9 wasted no time climbing through the field. On Lap 4, he was all the way up to 20th before the caution flag waved for rain. The race eventually halted when rain soaked the 2.5-mile track. 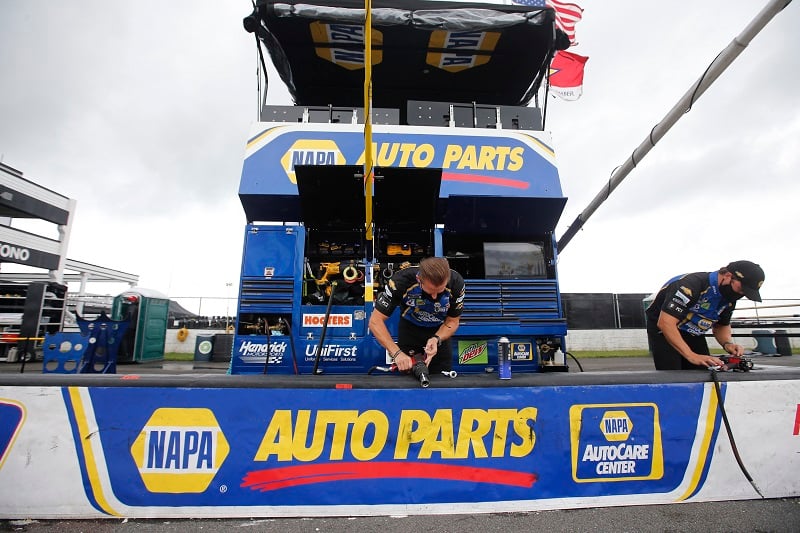 When the race resumed, Elliott and the NAPA team opted not to pit before the restart on Lap 12. The Dawsonville, Georgia, native reported that he was happy with the handling of his NAPA Chevrolet as he entered the top 15 on Lap 21 and continued moving forward. He found his way to 13th when Stage 1 concluded on Lap 30.

Crew chief Alan Gustafson called Elliott to pit road during the stage break for four tires, fuel and a trackbar adjustment. He returned to the track in 22nd for the ensuing restart. After a strong restart, Elliott advanced to 15th. When another caution flag waved on Lap 39, the NAPA team elected to not make a trip to pit road. Elliott took the Lap-44 restart from 11th and was inside the top 10 when another caution slowed the race two short laps later. 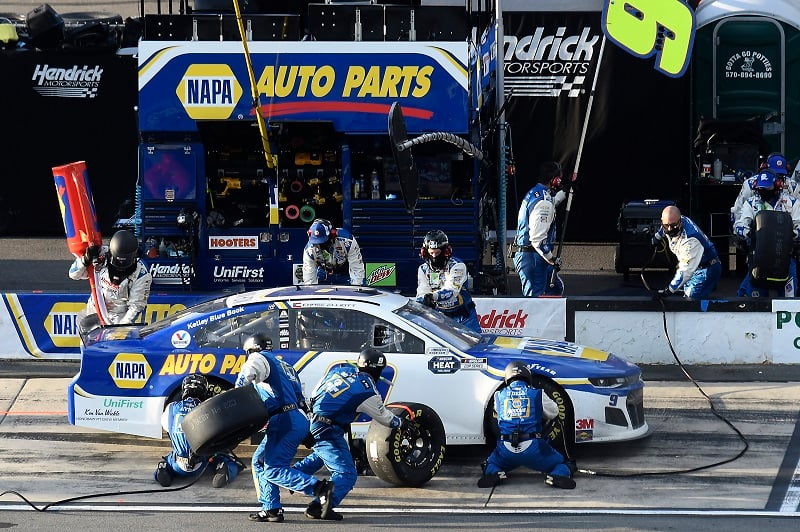 Another solid restart gave Elliott the momentum he needed to continue his march forward. He was scored eighth on Lap 52 and made his way into fourth on Lap 60. When a yellow flag waved on Lap 76, the NAPA AUTO PARTS team brought Elliott to pit road for four tires, fuel and a chassis adjustment. He restarted ninth after drivers on different strategies elected not to pit.

Elliott maintained his track position through a string of cautions, but he fell two spots in the closing laps of the stage to end up 11th after 85 laps. The No. 9 team did not make a pit stop during the stage break and lined up seventh when the final stage began on Lap 89. 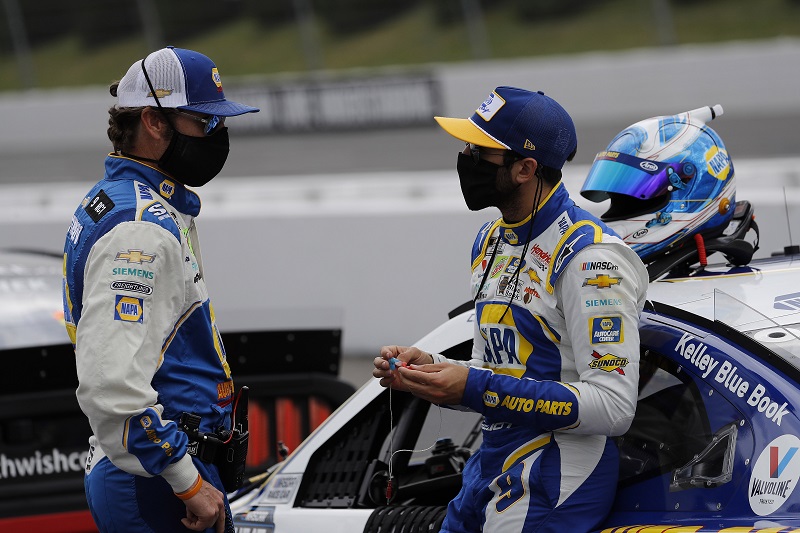 In just 10 laps, Elliott worked his way up to third. The NAPA team made their final scheduled pit stop on Lap 103 for right-side tires and fuel. Once the entire field cycled through pit stops, Elliott was scored fourth where he would finish the 140-lap race. The result is the No. 9 team’s seventh top-five finish of the 2020 season.