Chase Elliott and the NAPA AUTO PARTS team were a force to be reckoned with on Sunday afternoon at the NASCAR Cup Series’ first-ever Daytona Road Course race. Elliott won the first stage and led a race-high 34 laps en route to his third consecutive road course victory. 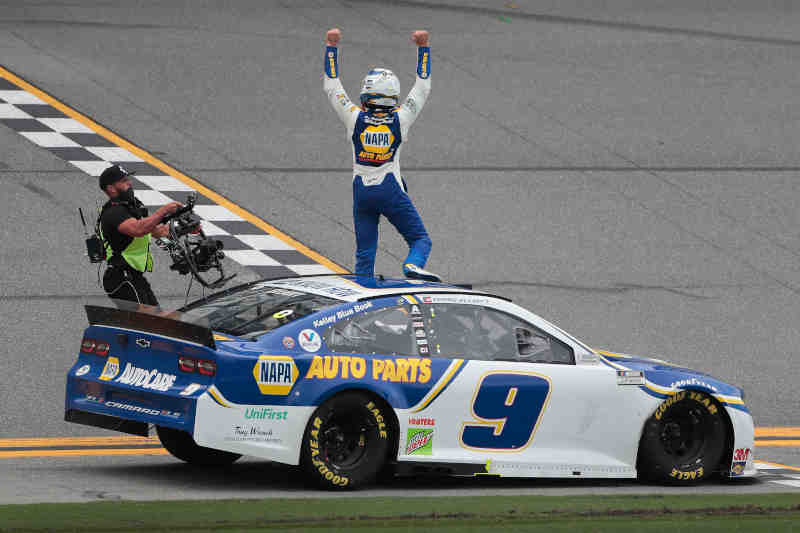 Elliott rolled off the grid in seventh for the inaugural Daytona Road Course race and moved into the top three on Lap 5. Elliott took over second when the runner-up driver was forced to pit with a flat tire. With three laps remaining in the stage, the leader elected to pit and gave Elliott the top spot. The No. 9 team opted not to pit as Elliott picked up his sixth stage win of the season, tied for the most in the series. 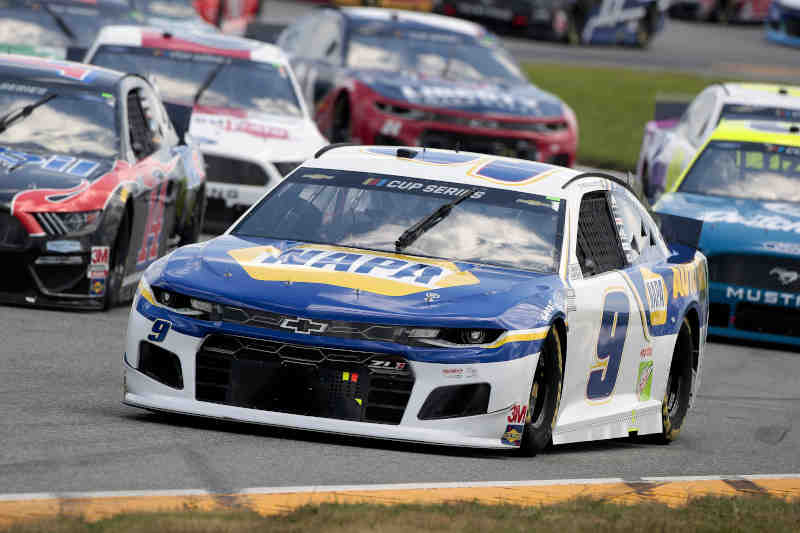 During the stage break, the NAPA AUTO PARTS team visited pit road for four tires and fuel. When cars who pitted prior to the end of the stage remained on track, Elliott lined up 19th when Stage 2 began on Lap 18. He surged to 11th after only four laps and made his way back inside the top ten on Lap 20. The driver of the No. 9 continued his charge forward and was inside the top five three laps later. Crew chief Alan Gustafson called Elliott to pit road on Lap 27 for a scheduled green-flag pit stop. Following the pit stop, Elliott returned to the track in eighth, where he would ultimately finish the segment. 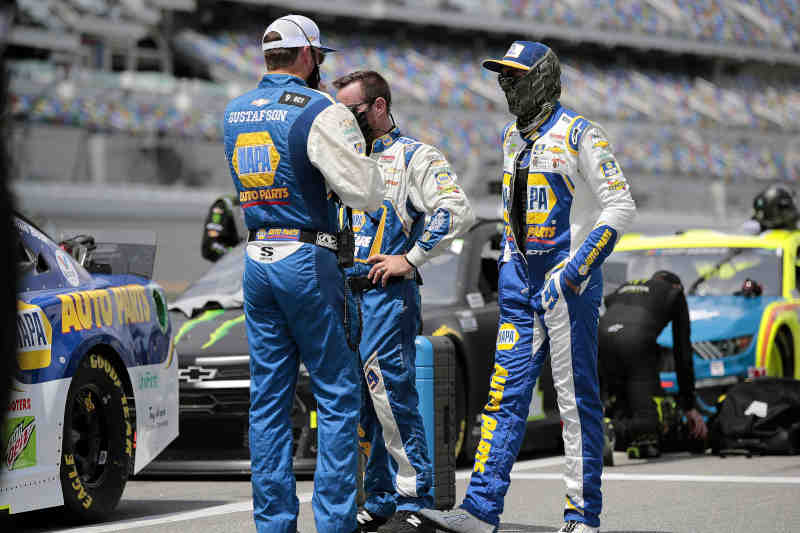 Elliott was scored as the leader when the final stage went green on Lap 33. Shortly after taking the green flag, the race was delayed for more than 30 minutes because of lightning near the track. When the race resumed, Elliott established a lead of more than six seconds before pitting for the final time on Lap 47. 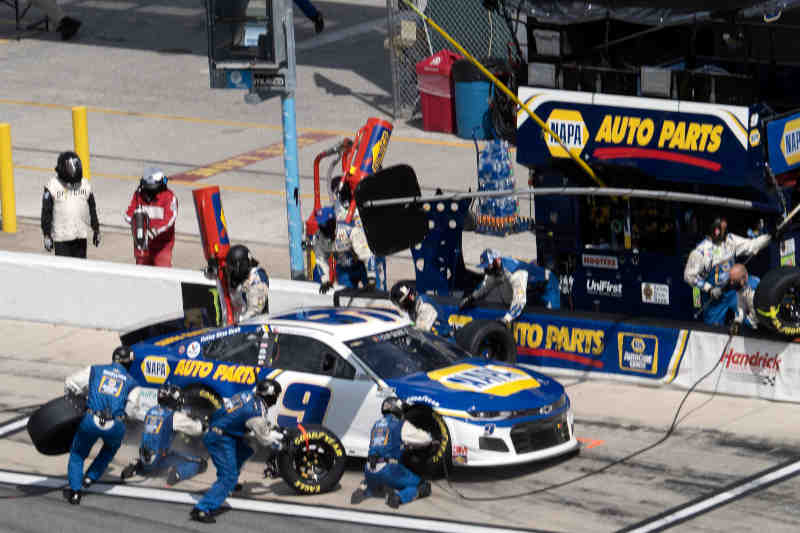 Once pit stops cycled through, Elliott’s advantage over second place had grown to more than ten seconds. He continued to lead the race until a caution flag waved with five laps to go. Elliott controlled the restart and flawlessly executed the final few laps as he fended off Denny Hamlin to win the inaugural Daytona Road Course race. 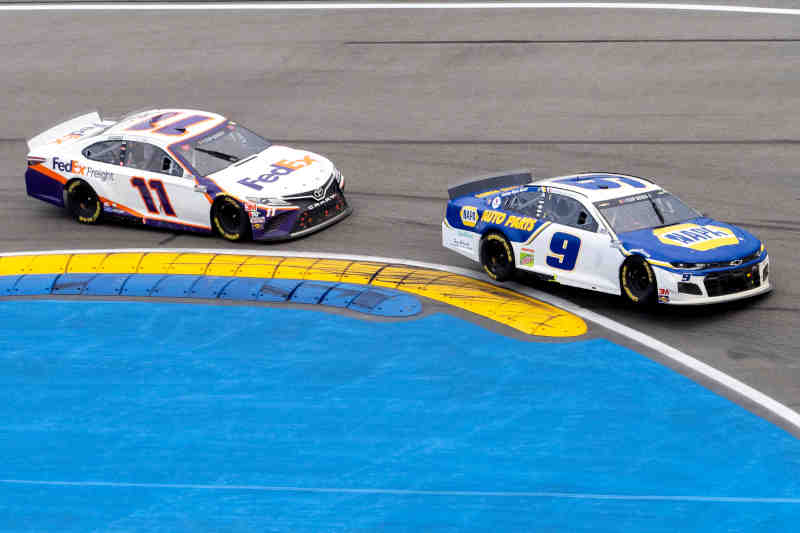 “I’m not sure I did anything very special today,” said Elliott in victory lane. “I had a really fast NAPA Camaro, which makes everybody’s job a little easier from my end driving it, from Alan’s (Gustafson) end calling the race, and then from his end on adjusting too. Really fortunate from that standpoint. Had a really nice week of preparation, came out and executed a really good race. Really proud of the day. I think we have a lot to be proud of and showing up having a car like it needed to be, it doing what I wanted, and then to take that and get the result that I felt like we deserved.” 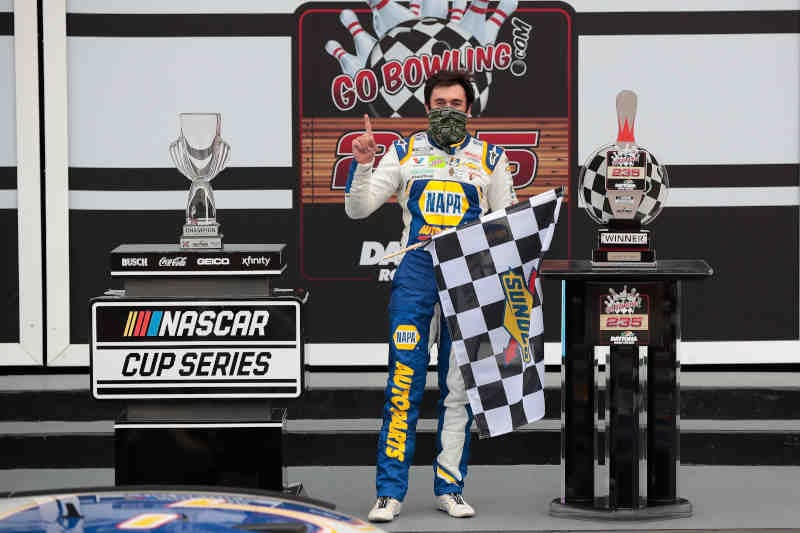 The win was the eighth of Elliott’s NASCAR Cup Series career and his third consecutive victory in road course races. His four road course wins are now tied for the most amongst active NASCAR Cup Series drivers. With the victory, the No. 9 team improved one position in the points standings to fourth with only three races remaining in the regular season.

Next Race: August 22, Drydene 311, Dover International Speedway
How to Watch or Listen: 4:00 p.m. ET on NBCSN, MRN and SiriusXM