It was an up and down weekend for Brad Sweet and the NAPA AUTO PARTS Kasey Kahne Racing (KKR) team as they took on a triple-header at the famed Knoxville (Iowa) Raceway. Although the prestigious Knoxville Nationals were canceled this year due to the COVID-19 pandemic, the World of Outlaws did host an exciting weekend of racing at the “Sprint Car Capital of the World.” 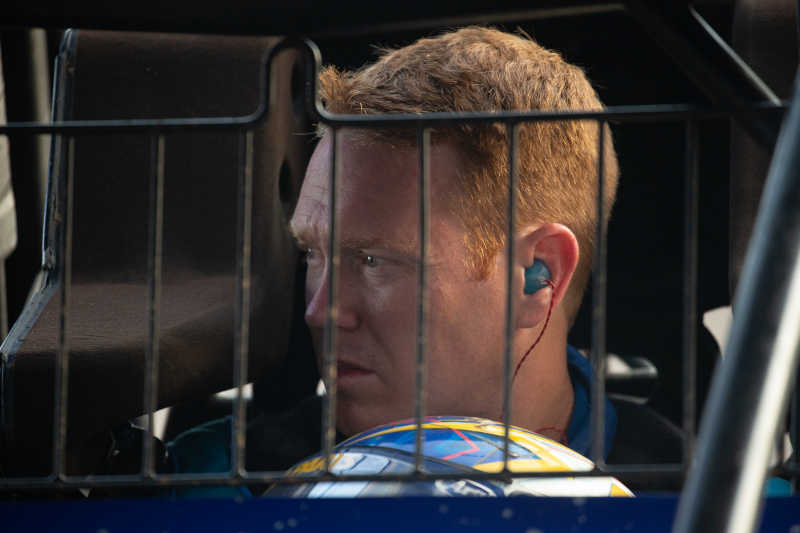 Sweet went into the weekend knowing that he needed solid finishes to stay atop the Championship Points leaderboard. On the opening night of “The One and Only” race weekend, the No. 49 team qualified 12th quick, which lined them up seventh in the last heat race of the evening. Sweet gained two positions in the ten-lap heat race, putting him 12th in the lineup to start Thursday’s main event. Sweet began to knock off spots as soon as the green flag waved and was scored in the ninth position when the first caution came out four laps into the 25-lap feature. Sweet got a great jump on the restart and was contending for the fifth position when the car of Cory Eliason spun in front of him. His teammate James McFadden and Donny Schatz were also caught up in the incident. The crash ended the No. 49 team’s night, resulting in their fourth DNF this season. 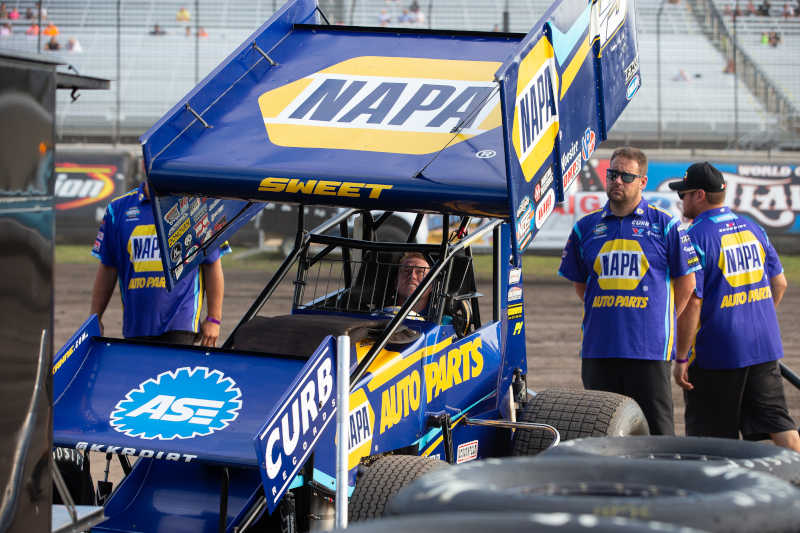 On Friday night, Sweet and the NAPA AUTO PARTS car qualified 10th quick with a lap time of 15.891 seconds. After starting seventh in his heat race, Sweet grabbed two positions for a fifth-place finish. The No. 49 car lined up tenth for the start of Friday’s 25-lap feature. Once the green flag was out, Sweet had seven laps of hard racing before the first caution flag flew. In that amount of time, he was able to pick up three positions to be scored seventh. When the race went back to green, Sweet was on a mission, picking up four spots in less than two laps. While the leaders battled ahead, Sweet held on the to the third position for the remainder of the race, earning a much-needed podium finish. 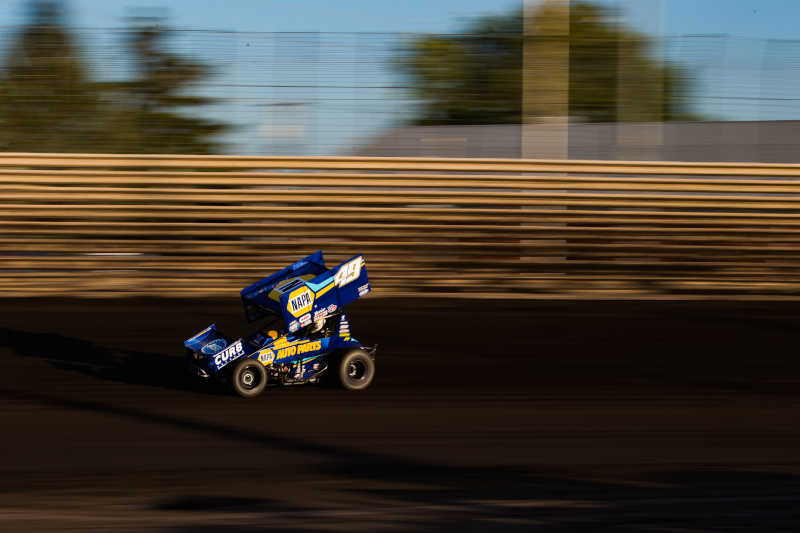 After hot laps on Saturday, Sweet was lined up second in the first qualifying race of the evening. He went on to win his qualifying race and advanced to the Fast Pass Dash, where he drew a sixth place starting position. He finished fourth in the six-lap race, giving him the best A-main starting position that he had all weekend. When the feature went green, Sweet held on to the fourth position until Carson Macedo began challenging him on lap seven. Macedo eventually got around him, but the two went back and forth for most of the race. A late-race restart caused Sweet to fall from fourth to sixth in the closing laps. He would close out “The One and Only” race weekend with a sixth-place finish. 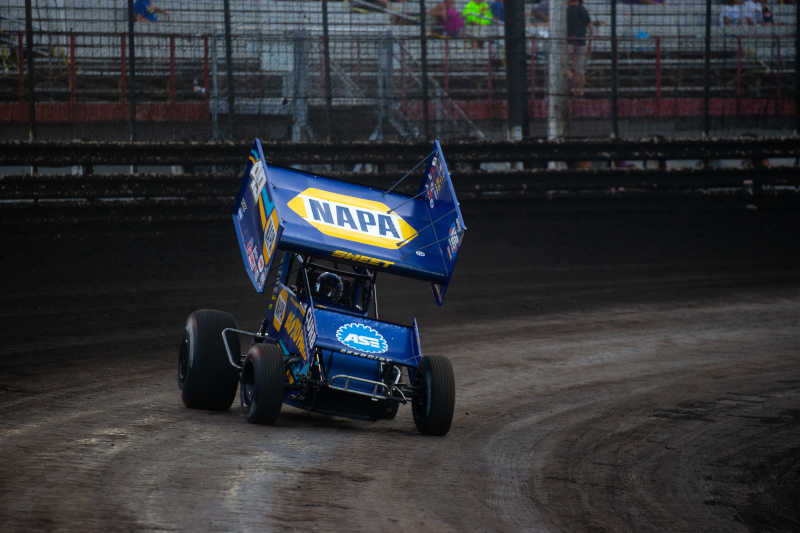 “2020 has been a strange year, and we’ve seen a lot of things that I’ve never seen before,” said Sweet in response to a question about the number of DNF’s among Championship leaders. “Friday felt like a win for us; we needed a good rebound after Thursday. You are going to fight adversity all season long, but typically you don’t have 3-4 DNF’s in a year. I just keep preaching to my guys not to give up. We have fast NAPA AUTO PARTS cars every weekend, and if we keep trying our hardest each day, the wins will come. The points will work themselves out at the end of the year.” 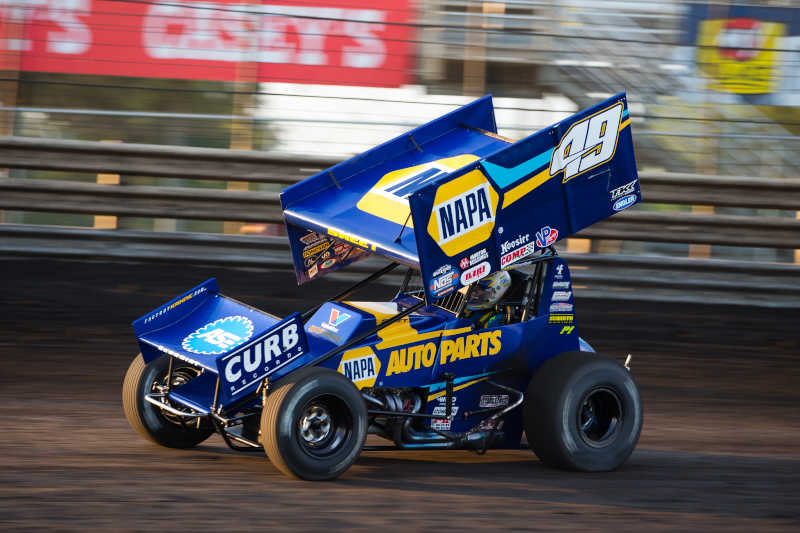 Thursday’s DNF for Sweet and the NAPA AUTO PARTS team impacted the Championship points standings, bumping Sweet from the top spot to second. At the conclusion of the weekend, Sweet sits second in the standings, 18 points behind Logan Schuchart. He’ll have the opportunity to recapture the lead this weekend as the NOS Energy Drink Sprint Car Series travels to North Dakota. On Friday, the No. 49 team will race at River Cities Speedway before packing up and heading to Red River Valley Speedway for a Saturday night feature.