Chase Elliott and the No. 9 NAPA AUTO PARTS team battled inside the top 10 for much of Sunday’s NASCAR Cup Series race at Las Vegas Motor Speedway, earning valuable points in each stage on their way to a ninth-place result in the third event of the season.

Elliott rolled off the grid from the fifth position for Sunday’s race in the No. 9 NAPA AUTO PARTS Chevrolet. After holding steady in the top 10 in the opening laps, Elliott began losing ground and was running in 12th on lap 10. He relayed to the team that the back end of the NAPA AUTO PART Chevrolet needed to be locked down more. The Dawsonville, Georgia, native was running in the same position when the competition caution waved at lap 30. Under the yellow, crew chief Alan Gustafson called Elliott in for four tires, fuel and adjustments in an effort to improve the No. 9 Chevrolet’s handling. 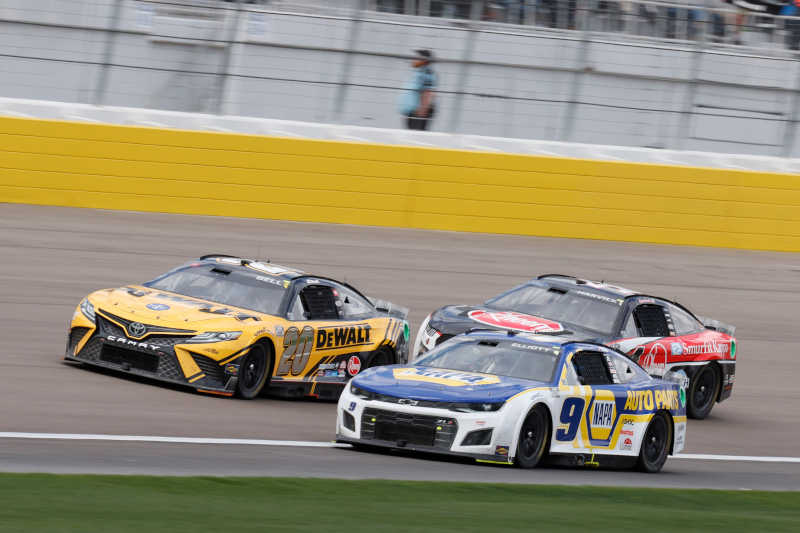 Elliott lined up 10th for the restart and continued to battle inside the top 10 throughout the caution-filled first stage. When another yellow flag waved on lap 64, the driver of the No. 9 was scored in eighth and reported that his Chevrolet felt better and was in a manageable place. Elliott got a great restart on lap 68, advancing his position to fourth within two laps and ultimately ending the first stage in the fifth spot. Under the stage-ending caution, the team made a fast stop for four tires, fuel and an air pressure adjustment, gaining two positions in the process.

Elliott took the green flag for the second stage on lap 87 and was battling three-wide for position during a chaotic opening lap. Once the dust settled, he was running in the fifth position and was scored in sixth when the caution flag waved on lap 93. Elliott reported that his NAPA AUTO PARTS Chevrolet was tighter that run. The team opted not to pit during the caution but made their way to pit road for four tires, fuel and a chassis adjustment once the next yellow flag came out just five laps later. Restarting 13th on lap 109, Elliott got a great run, working his way up to fourth in a hurry. He continued to battle inside the top 10 and was scored in the ninth position when a caution flag waved on lap 131. Elliott radioed to the team that his Chevrolet fired off better and stabilized in a better place. 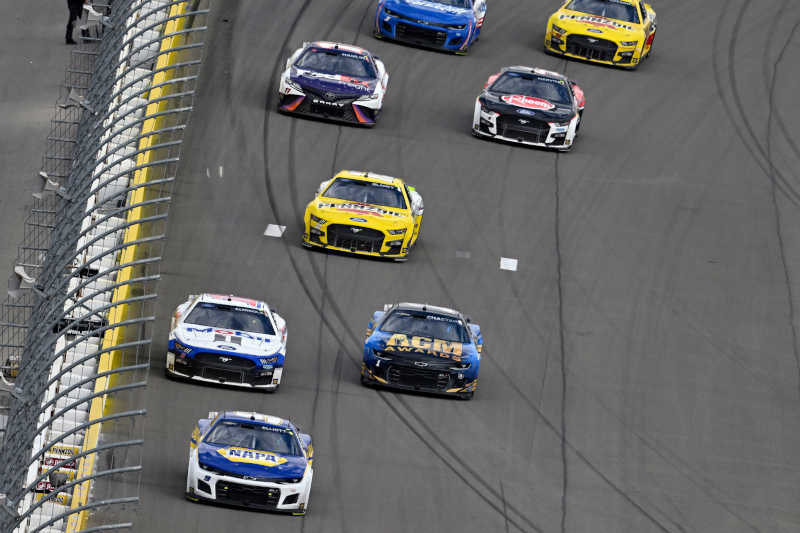 After restarting inside the top five on lap 139, Elliott found himself in the second position when the next yellow flag came out with 24 laps remaining in the second stage. He lined up second for the restart and continued to race at the front of the pack, taking the green-and-white checkered flag to end the second stage in the runner-up spot. Elliott relayed positive feedback to his team about his Chevrolet’s handling and came to pit road during the stage-break for four tires, fuel and a chassis adjustment. 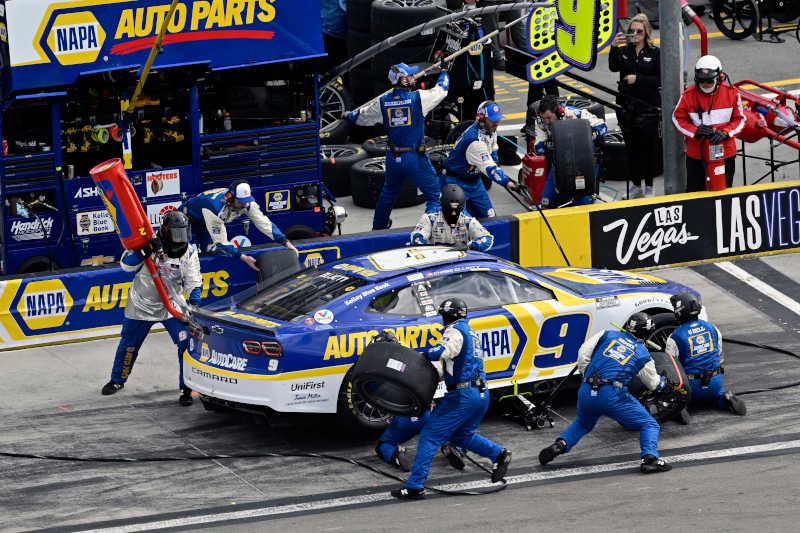 When the green flag waved for the final stage on lap 174, Elliott was in the fourth position and held steady inside the top five for the opening 25 laps. As a long green-flag run ensued, the 26-year-old driver reported that the No. 9 was too free, and he began losing ground to the leaders. Elliott was running in the 13th position when the team made a scheduled green-flag stop for four tires and fuel on lap 219. Just one lap later the caution flag waved, trapping the team a lap down with a majority of the field. Elliott opted to take the wave around to get back on the lead lap. 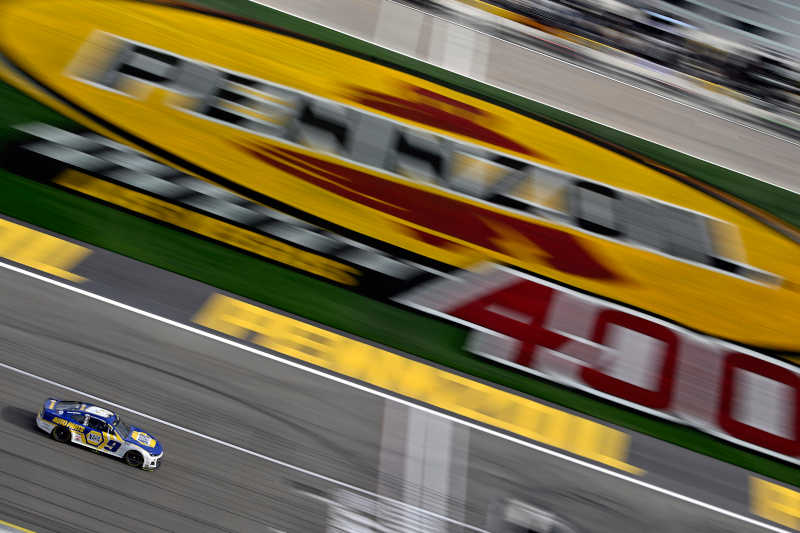 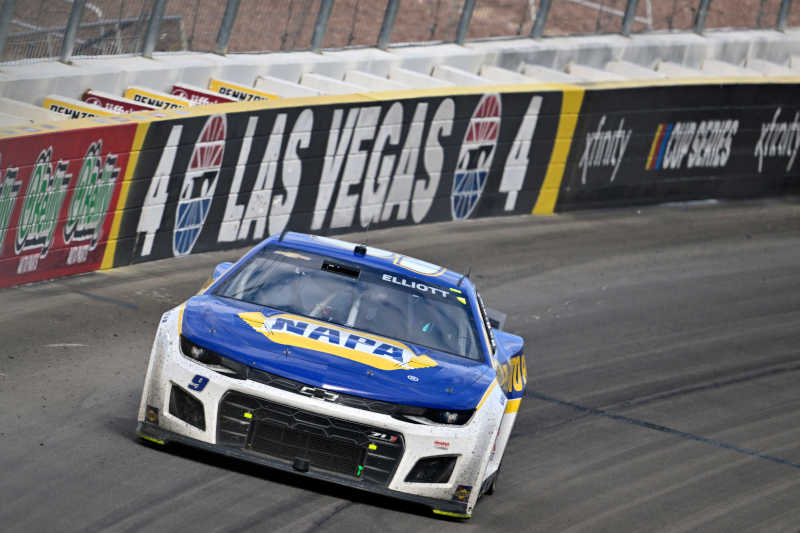 “It was an up and down day for our NAPA AUTO PARTS team. Alan (Gustafson, crew chief) and the guys did a great job and we had fast stops all day long. We just couldn’t get the handling where we needed it to be in the final stage. Overall, I’m really proud of the effort we put in today. We’ll keep working on things and look ahead to Phoenix. I’m looking forward to seeing what we can accomplish there.”