After an unexpected off weekend due to inclement weather in the south, Brad Sweet and the No. 49 NAPA AUTO PARTS crew traveled 17 hours to Paige, TX, where they ran the Texas Two-Step at Cotton Bowl Speedway. Going into the weekend, Sweet was the only World of Outlaws driver to have a perfect record of podium finishes at this race. He was four-for-four, with two of those being victories at the event. 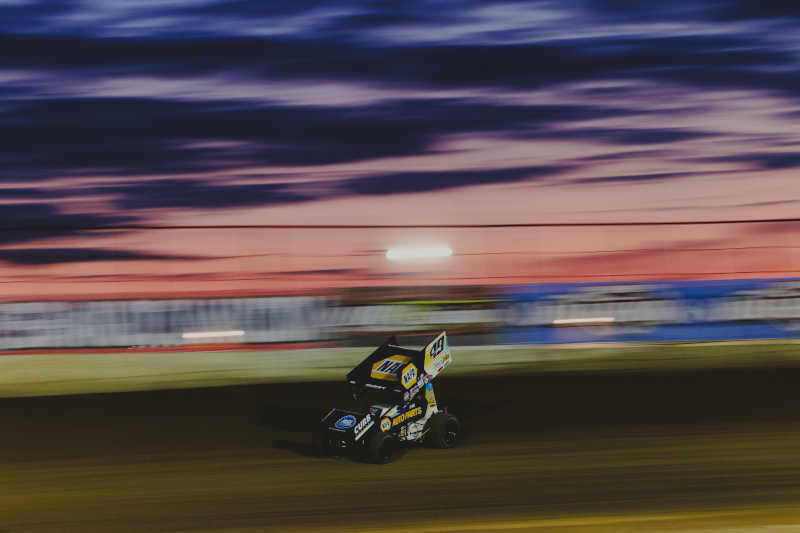 On Friday, Sweet hit the track ninth out of 29 cars for his qualifying run and ended up third quick with a lap time of 13.603 seconds, just 0.065 seconds behind the leader. The No. 49 started on the pole of his heat race and held it to cross under the checkers first. This granted him a ticket to the Fast Pass Dash, where he started and finished in second. 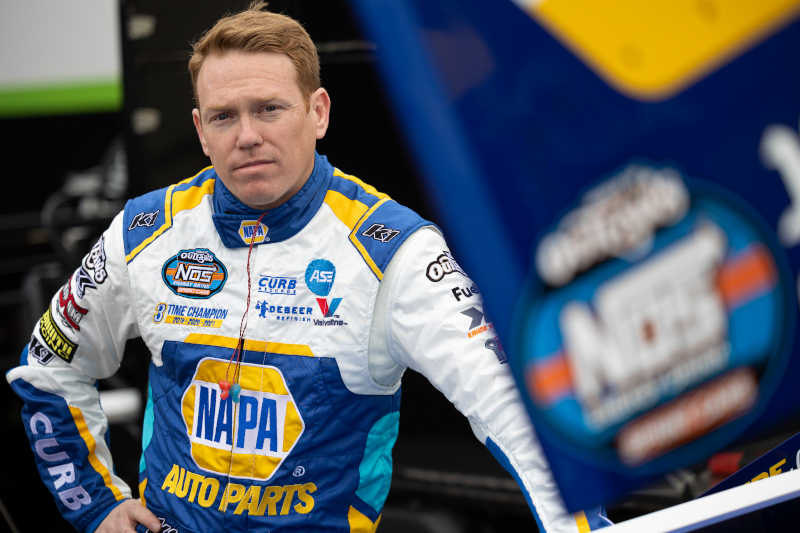 The strong efforts from Sweet and crew earned them a second-place starting position in the feature event. Sweet kept the No. 49 NAPA AUTO PARTS car up front for all 30 laps and extended his podium record to five-for-five with his third-place finish.

Saturday, the finale of the event weekend, started a smidge slower with a 13.821-second qualifying lap time, which placed Sweet sixth quick of 29 cars battling for the World of Outlaws feature win. Brad started second in his heat race and stayed consistent but ultimately fell back to third upon the race’s finish. 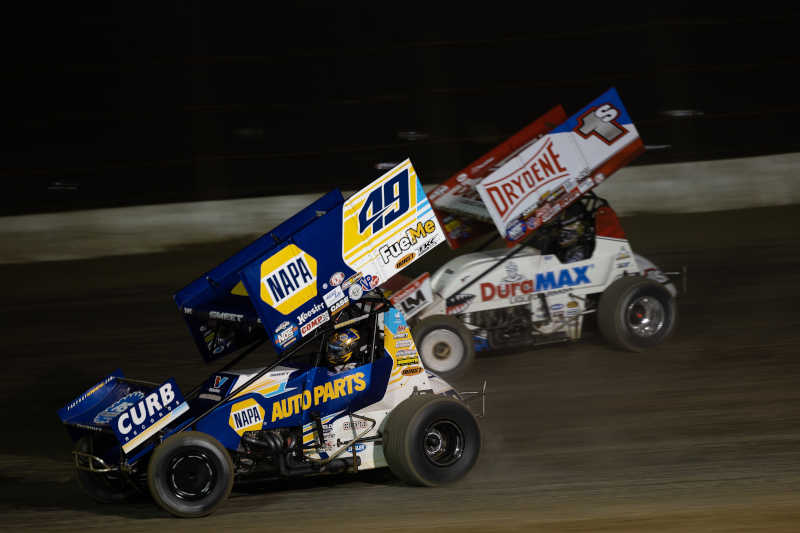 The Fast Pass Dash eluded him by one position, but Sweet transferred the No. 49 machine straight to the show. After taking the green flag in ninth, the NAPA AUTO PARTS car made it up to the top five and battled there for most of the race until the last few laps, where he settled into seventh. They say all good things come to an end, which is what happened to Sweet and his Kasey Kahne Racing crew’s podium record, but they finished off the weekend strong and gained two positions in the series points battle. 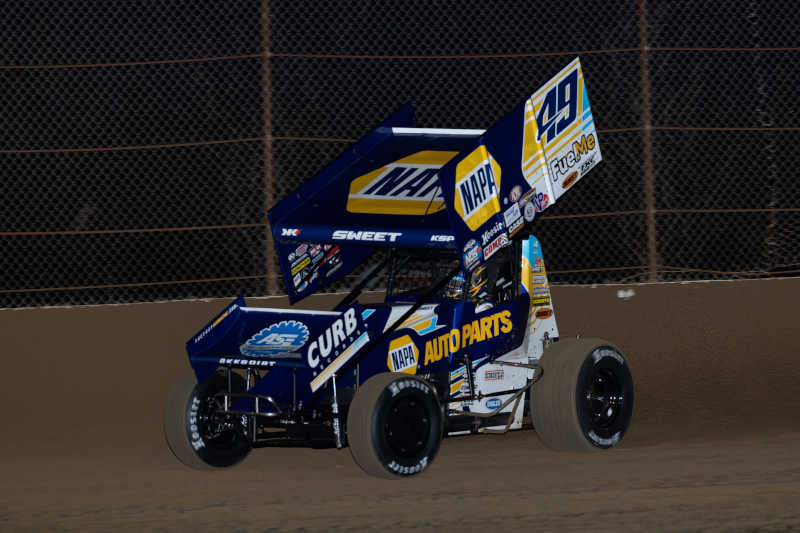 The team hauler is now en route to Brad’s home state of California, where they will race six times within the next three weeks. The first stop will be Thunderbowl Speedway in Tulare, CA.