After earning the pole position for Sunday’s event at Bristol Motor Speedway, Chase Elliott and the NAPA AUTO PARTS team crossed the finish line in 11th despite being involved in multiple on-track incidents and losing power steering for a majority of the race. 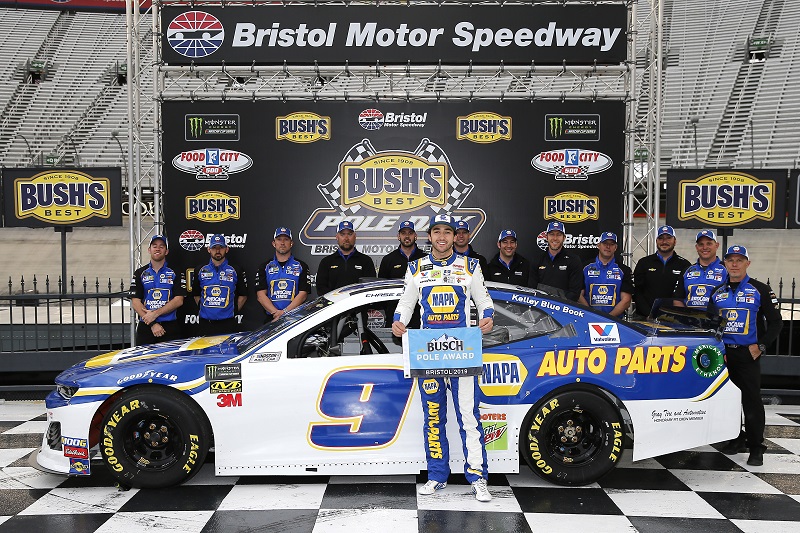 Starting Sunday’s race as the pole-sitter, Chase Elliott led the first 38 laps of the race as he quickly caught up to lapped traffic. On Lap 39, however, a car ahead of him spun. When the No. 9 NAPA AUTO PARTS Chevrolet Camaro ZL1 slowed for the spinning car, Elliott was hit from behind, sending him spinning. During the spin, Elliott made light contact with the inside retaining wall, but managed to keep his spot inside the top five. 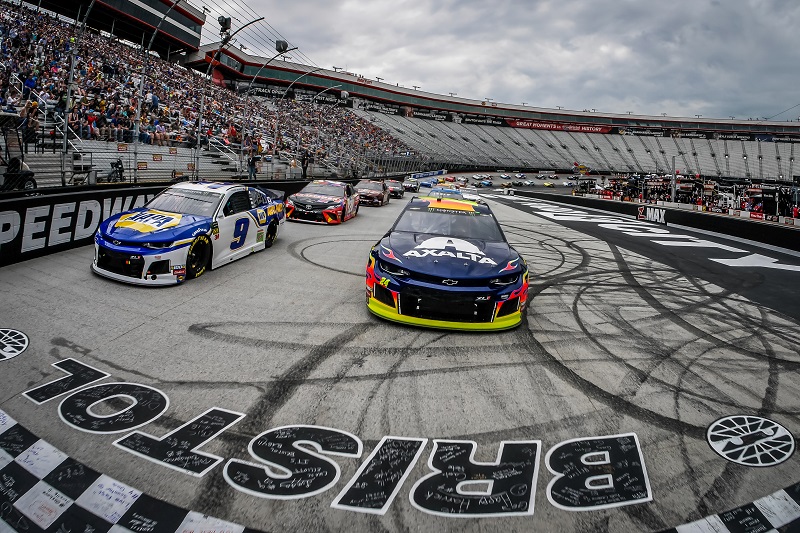 Following the incident, Elliott reported issues with the steering of the No. 9 Chevy. Still, he maintained his top-ten position all the way through the end of Stage 1, finishing the opening segment in tenth.

He began Stage 2 outside of the top ten as he continued battling the steering of his Chevrolet while holding off the leader to remain on the lead lap until Lap 210 when he eventually dropped a lap down. A caution flag waved shortly after that point, giving Elliott the free pass back on to the lead lap. He capitalized on the opportunity, racing his way up to 12th before the green-checkered flag waved to end Stage 2. 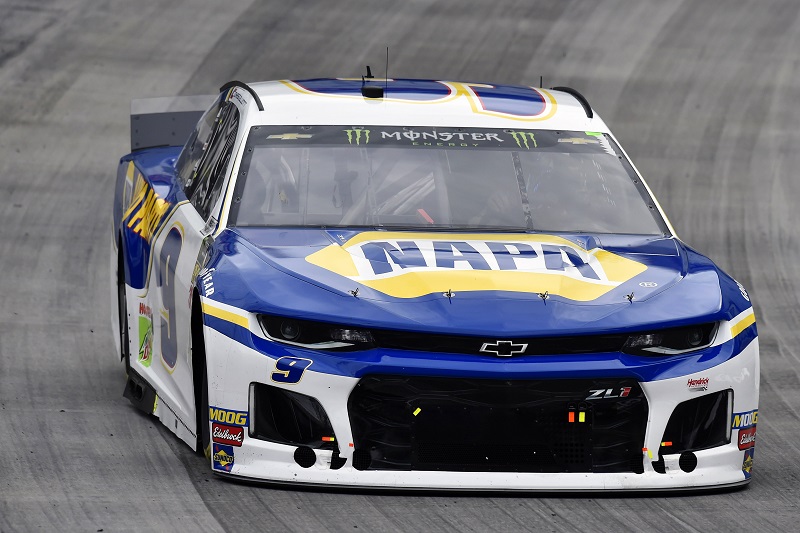 Elliott began the final segment back inside the top ten in ninth and proceeded to push back forward toward the front of the pack. Picking off competitors one-by-one, he moved back into the top five at Lap 290. He reported over the radio, however, that he made contact with the wall and began falling back a bit in traffic. With 118 laps to go, he lined up 12th for a restart following a caution and began to work his way back inside the top ten once again. 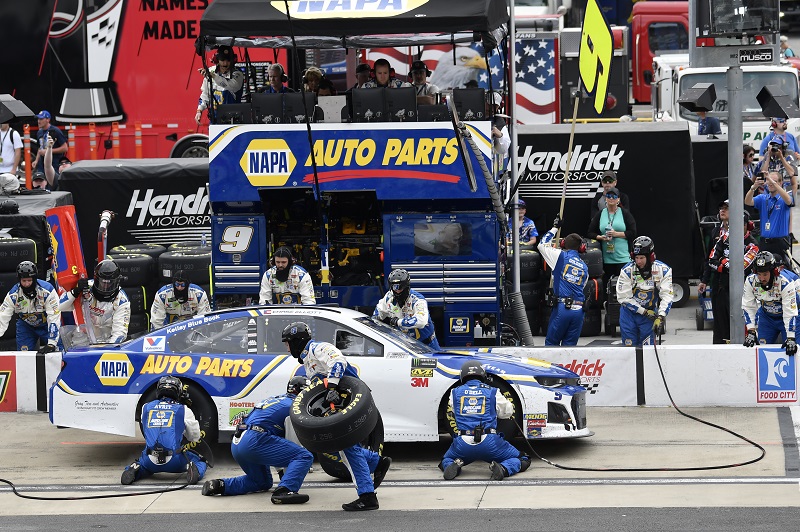 With less than 75 laps remaining, Elliott made contact with the wall again after battling for position with two competitors. He headed to pit road under caution and lined up 17th for the ensuing restart. He raced up to 14th with 50 laps remaining, and just 15 laps later, he found the top ten again. 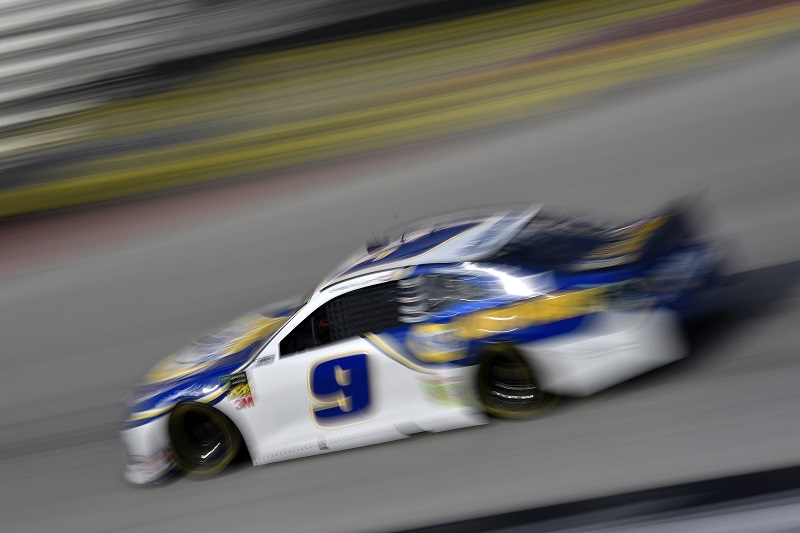 Following a late caution, Elliott lined up 12th for the race’s final restart and moved back inside the top ten after the green flag dropped. Just before the checkered flag waved, however, he was passed by teammate Johnson as he ultimately ended the day with an 11th-place finish. 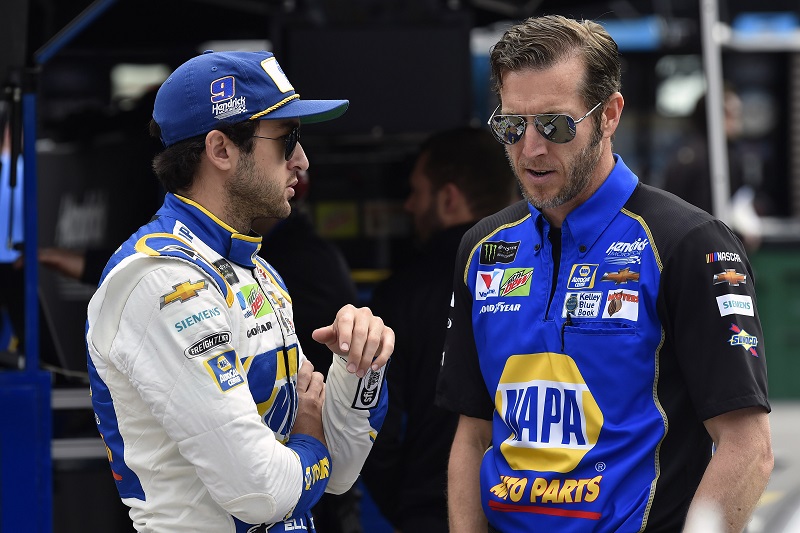