Chase Elliott and the No. 9 NAPA AUTO PARTS team posted an 11th-place finish in Sunday’s race at Texas Motor Speedway.

Elliott and the No. 9 NAPA AUTO PARTS team started 20th on Sunday afternoon at Texas Motor Speedway. Elliott progressed early in the 334-lap event and was running in the top 15 by Lap 31. The 22-year-old driver continued to gain positions and was inside the top 10 by Lap 63. Elliott finished Stage 1 in ninth to earn two extra points for the result. 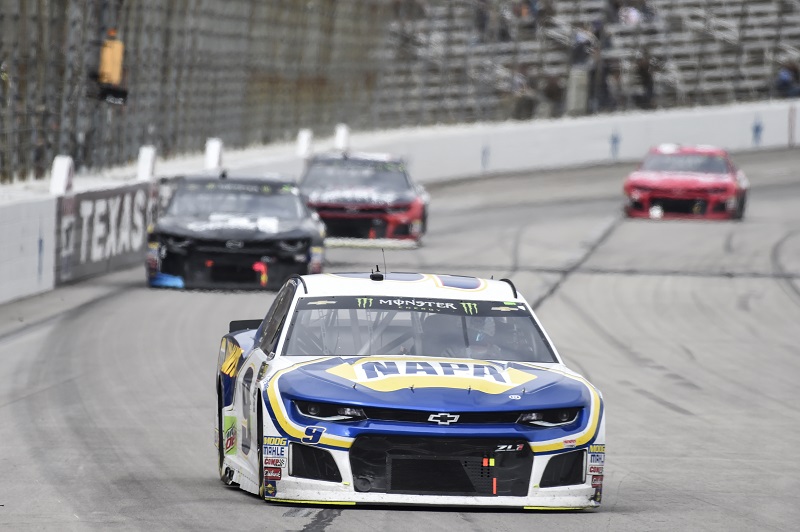 The No. 9 team maintained their position inside the top 10 at the beginning Stage 2. When the caution flag waved again on Lap 128, crew chief Alan Gustafson elected to bring Elliott to pit road for four fresh tires, fuel and a chassis adjustment. The quick work by the No. 9 NAPA AUTO PARTS team gained Elliott three positions, restarting him sixth. Elliott held his position and finished the second stage in sixth to earning five more points.

During the stage break, the NAPA team once again gained Elliott track position, advancing him to second to begin the final stage. Running third with 120 laps to go, Elliott made an unscheduled green-flag pit stop after reporting a vibration. The Dawsonville, Georgia, native returned to the track one lap down in 13th. 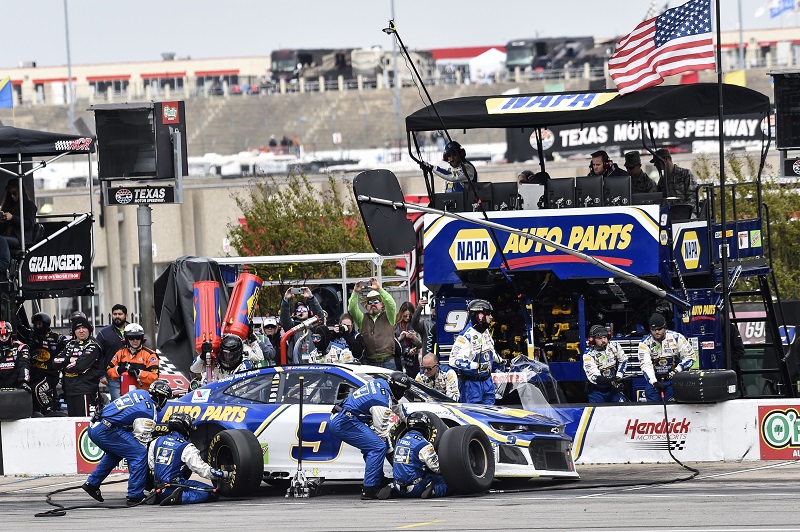 As scheduled green-flag pit stops began to cycle, Elliott remained on the track, moving him back on the lead lap and up to third before a caution came out on Lap 235. The NAPA team restarted inside the top 10 when the green flag waved once again on Lap 241.

Late in the race, Elliott was penalized for pitting before pit road was open on Lap 304. After the penalty, Elliott battled to regain lost positions and ultimately finished 11th. 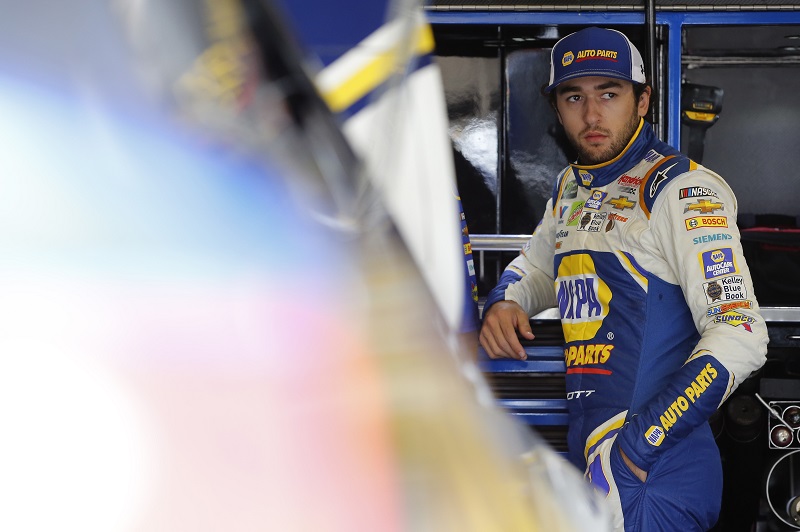