Ron Capps and the NAPA AUTO PARTS Funny Car team qualified in the top half of the field for the inaugural NHRA Four-Wide Nationals at The Strip at Las Vegas Motor Speedway but suffered a first round loss on race day.

As the No. 4 qualifier, Capps faced teammate Jack Beckman, Robert Hight and Gary Densham in the first elimination quad. Unfortunately for the NAPA team, Capps would not be one of two drivers to advance to the second round of eliminations when a dropped cylinder and early deploying parachutes ended his chances at winning the first West Coast four-wide event. 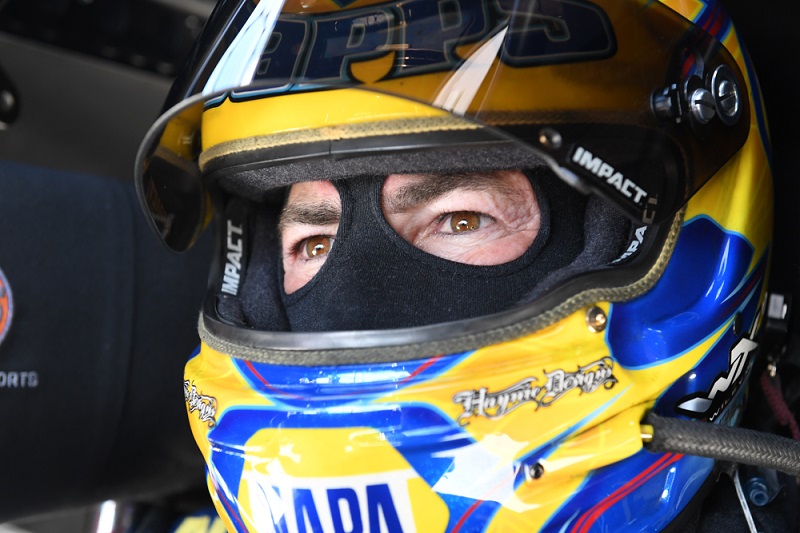 “We’re not sure what happened just yet,” said Capps, a five-time Las Vegas winner. “We’re trying to analyze the run. It definitely had a cylinder go out at the hit of the throttle which immediately shoved my NAPA AUTO PARTS Dodge to the right towards Robert Hight’s lane. I was able to turn the steering wheel and get it back towards the center. You don’t know what’s going on in the other three lanes, so you have to stay on the throttle; that’s part of the four-wide race day strategy, and in this case, it ended up backfiring so we were done for the day.” 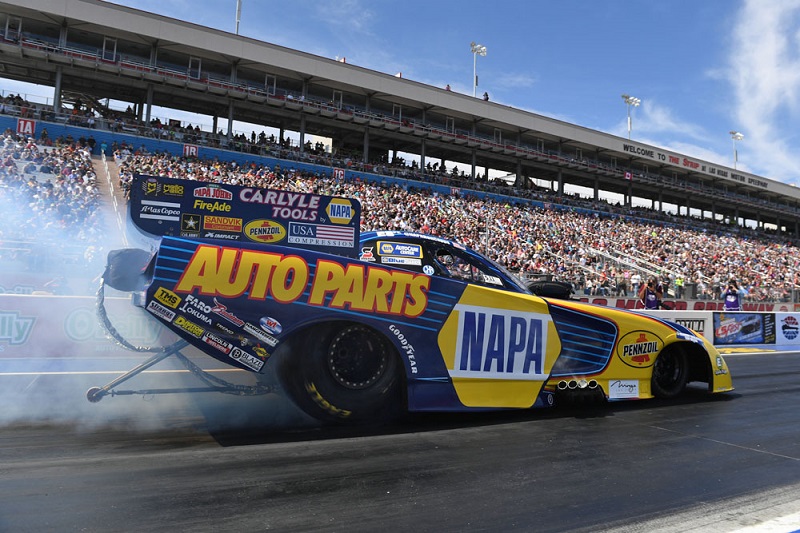 Despite the early exit, the NAPA team showed promise of a solid hot weather tune-up at the Las Vegas event which featured temperatures reaching in the high 80’s [degrees, Fahrenheit] and low 90’s for the first time in 2018. In three out of four qualifying sessions, Capps made session-best ‘top three’ runs and was able to collect five bonus points.

“It’s a bummer. We felt really good about today. We say that a lot but really, today, we felt like we had a good car all weekend in the heat and it was hot today, but sometimes it just doesn’t go your way. We have the best parts, the best sponsor, and the best people, but that doesn’t guarantee you anything out here with the competition.” 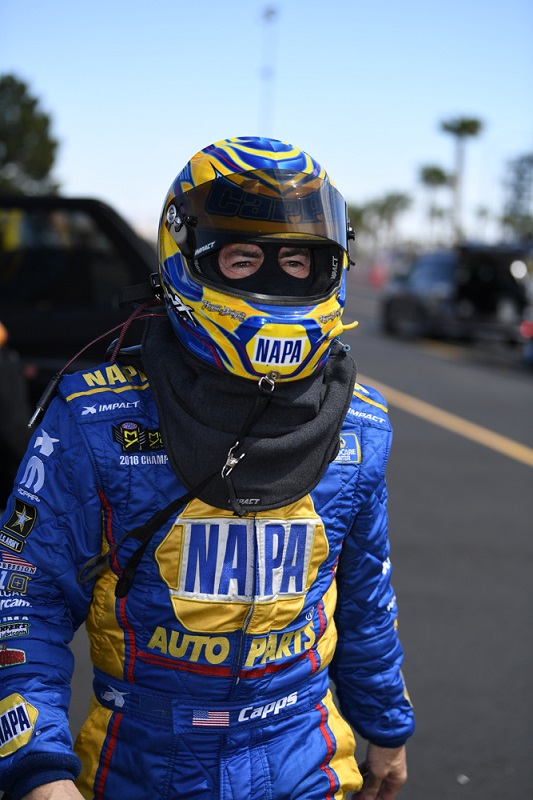 The NAPA team stayed in Las Vegas to test and perfect their hot weather tune-up on Monday. They will compete next at the NHRA SpringNationals in Houston where they will return as the defending event champions. 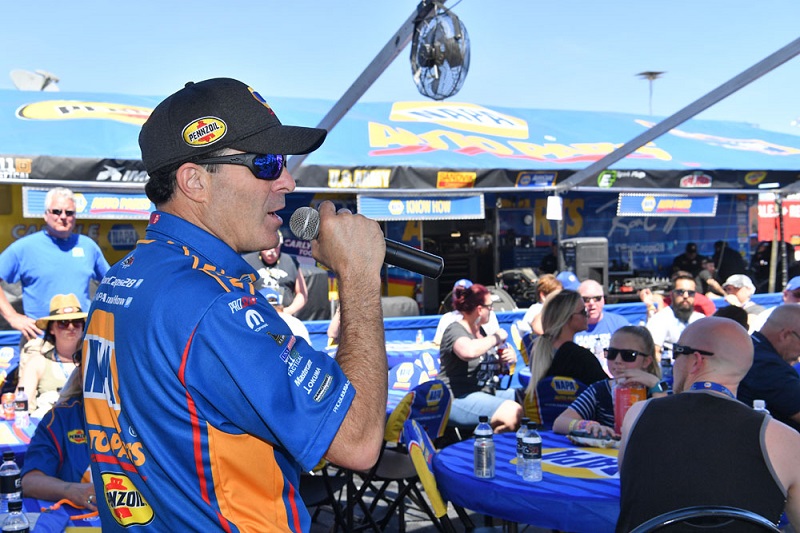 Next Race: April 20-22, Baytown, Texas, NHRA SpringNationals
How to Watch or Listen: FS1; NHRA All Access