Chase Elliott raced inside the top 15 throughout the 400-mile NASCAR Cup Series race at Kentucky Speedway before ending the night with a 13th -place finish.

Elliott and the NAPA AUTO PARTS team started Saturday night’s event in 16th. By Lap 33, Elliott had moved into 13th before being shuffled outside of the top 20 after a round of green-flag pit stops midway through Stage 1. 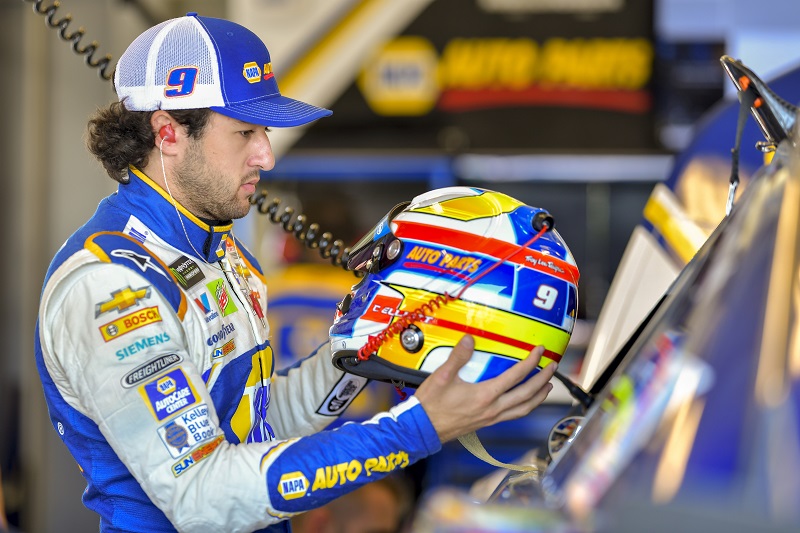 Elliott quickly worked his way back into 18th by Lap 60, and ten laps later, he was running 11th. He gained another position in the closing laps of Stage 1 to finish the segment inside the top ten. During the stage break, crew chief Alan Gustafson called the 22-year-old driver to pit road for four fresh tires, fuel and an air pressure adjustment after he reported his No. 9 NAPA Chevy was “good on the start, but really lazy on the right front.”

In Stage 2, Elliott continued to race near the top ten until later in the segment when he settled into 14th. He picked up another position toward the end of Stage 2 to finish the middle segment 13th.

Quick work by the No. 9 team helped Elliott gain three positions on pit road to start the final stage in tenth.

The Dawsonville, Georgia, native moved into ninth with under 60 laps to go in the race but fell back to 12th by Lap 221 after reporting that the front end of his Camaro was progressively getting tighter throughout the run. Elliott continued to race inside the top 15 as the laps wound down and ultimately ended the night with a 13th-place result.