Brad Sweet and the No. 49 NAPA AUTO PARTS team had a busy week of sprint car racing in Ohio to kick off the month of money, starting with the Brad Doty Classic at Attica Raceway Park and followed by three nights of racing at Eldora Speedway.

Fifty cars signed in for Tuesday night’s action at Attica, splitting the field into two qualifying groups. Sweet went out in the second group and finish fifth, putting him on the front row of heat five. The NAPA driver got a great start, only to be hit from behind by a fellow competitor. He was able to continue with damage to his tail tank, but the incident affected the car’s handling. The NAPA AUTO PARTS team finished in the second spot and transferred to the dash, where Sweet finished in the fifth position. 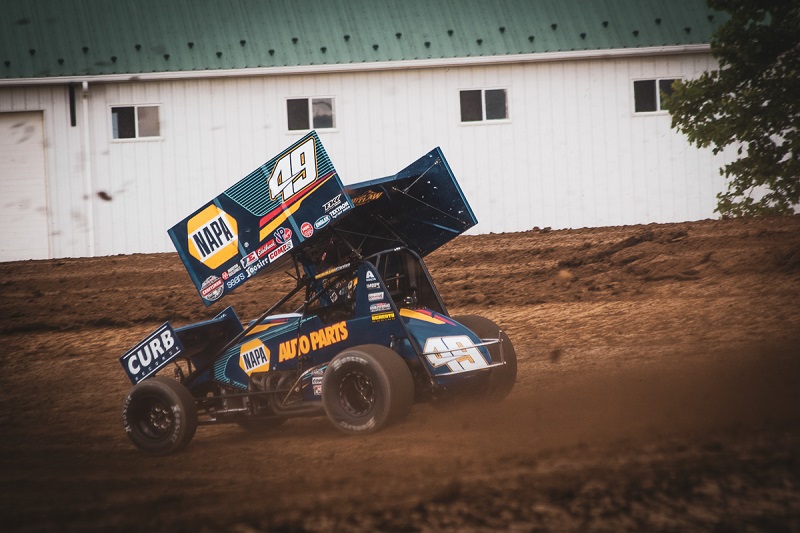 This put the No. 49 team on the inside of row five, in the ninth position for the start of the feature. With 40 laps ahead, Sweet and team were hopeful to move forward. Unfortunately, Sweet tangled with a car in
front of him and ended up spinning, causing a caution flag. As the laps wound down, Sweet could only catch a few cars and finished in the 17th position. 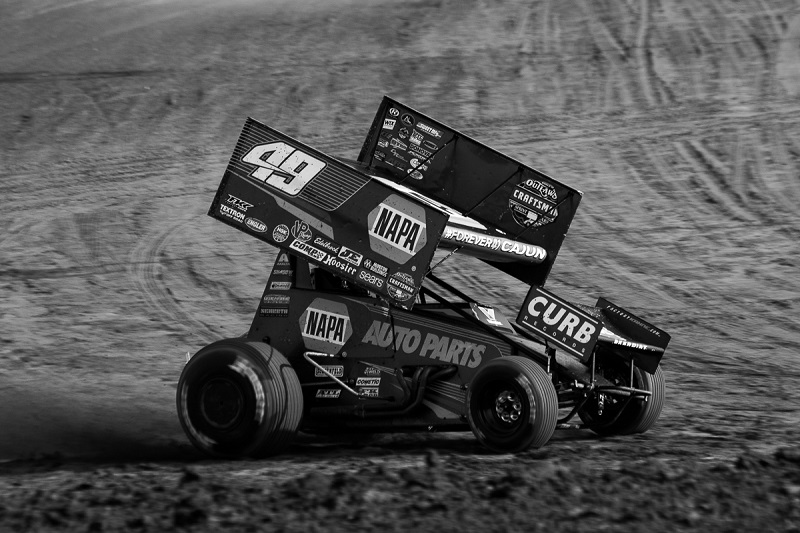 The second biggest weekend of the season was on tap at Eldora Speedway in Rossburg, Ohio. Thursday night started off with 46 cars signed in. Sweet went out in group two and posted quick time. The NAPA AUTO PARTS team started on the pole of heat race three, where Sweet captured the win. With the dash up next, Sweet and team fell back to fifth after starting second. After making a few changes to the No. 49 car, the team tackled the 30-lap feature. The changes weren’t enough to help the handling, and Sweet finished in the eighth position. 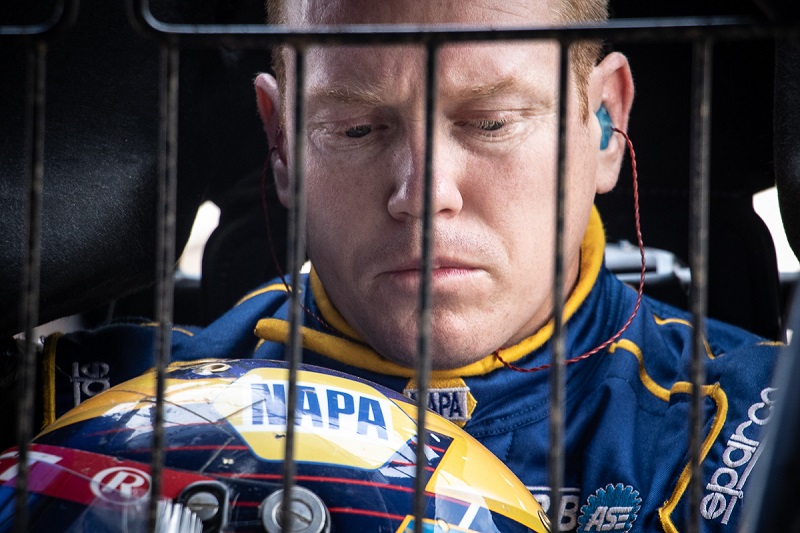 On Friday night, the No. 49 team were hopeful to rebound from Thursday’s eighth-place finish. Sweet went out late and was timed 11th out of the 53 cars signed in for the night. The NAPA AUTO PARTS team started fourth in the second heat race of the night. Sweet was able to make his way up to second, securing him a spot in the dash. The No. 49 started and finished the dash in ninth. Another 30 laps were on tap for the feature. With the track proving to be super technical and slick, Sweet and his NAPA AUTO PARTS team missed the set up a bit and finished 11th. 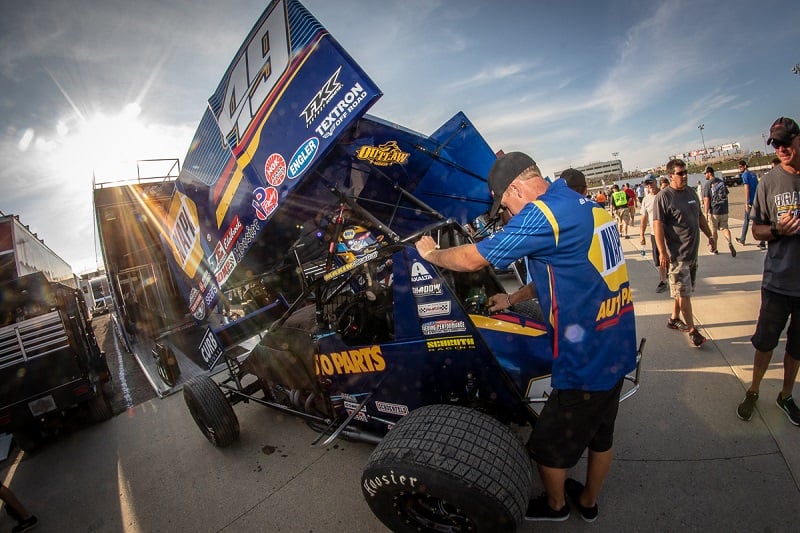 The big money was on the line for Saturday’s feature event, and the NAPA AUTO PARTS team were hoping to cap off the weekend with a solid run. A different format was in place for the $50,000-to-win event, with 51 cars returning for the finale at Eldora Speedway in front of a record crowd. Sweet went out 46th out of the 51 cars and was timed in 26th. On any other night, it would have been a deep hole to dig out of. 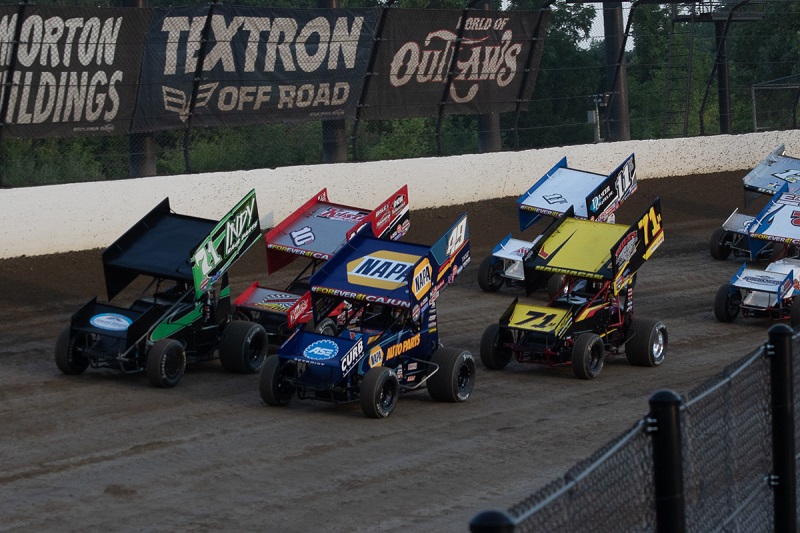 Luckily, the No. 49 team started on the pole of the second heat race, which Sweet went on to win, placing him in the fifth starting spot for the night’s 40-lap feature event. With a track surface that had changed from the previous two nights, the green flag was ready to drop. Sweet quickly charged to the front, and within the first 20 laps, he was in third. As lapped traffic came into play, Sweet maneuvered to second and gained ground on the leader. With less than ten laps to go, Sweet cut the lead by less than a second when lap cars proved to be tough to get around. With five to go, the NAPA AUTO PARTS team had the crowd on their feet. Sweet came to the white flag and put the No. 49 car right against the fence to come up half a car length short of winning the race. 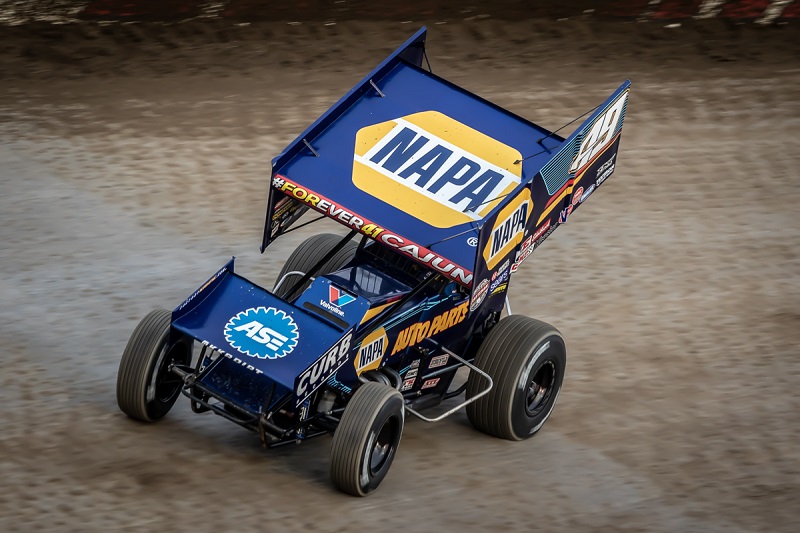 The World of Outlaws Series continues its 40th Anniversary Season and Month of Money with the Don Martin Memorial Silver Cup at Lernerville Speedway, which will pay $25,000 to the winner. Following that, the Outlaws will head to Central Pennsylvania to take on the Pennsylvania Posse at Lincoln and Williams Grove Speedway.

NAPA Know How Blog Sweet Gets Oh So Close to $50,000 Payday at Eldora Speedway