Chase Elliott and the NAPA team started from the pole position and led a race-high 44 laps in Sunday’s event at the DAYTONA Road Course before a late spin left the defending Cup Series champion with a 21st-place finish. 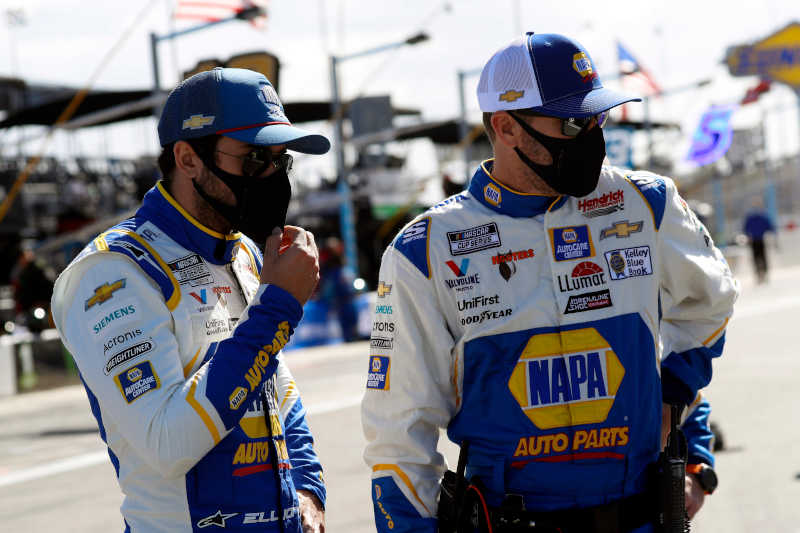 After starting from the pole, Elliott and the No. 9 NAPA AUTO PARTS team grabbed the lead early and built a four-second lead over second place before the first caution waved on Lap 12. The driver of the No. 9 reported that he needed help with rear grip. After pitting for four fresh tires, fuel and a trackbar adjustment, the NAPA Chevy restarted third on Lap 14. He quickly reclaimed the lead and held on to earn his first stage win of the 2021 season. 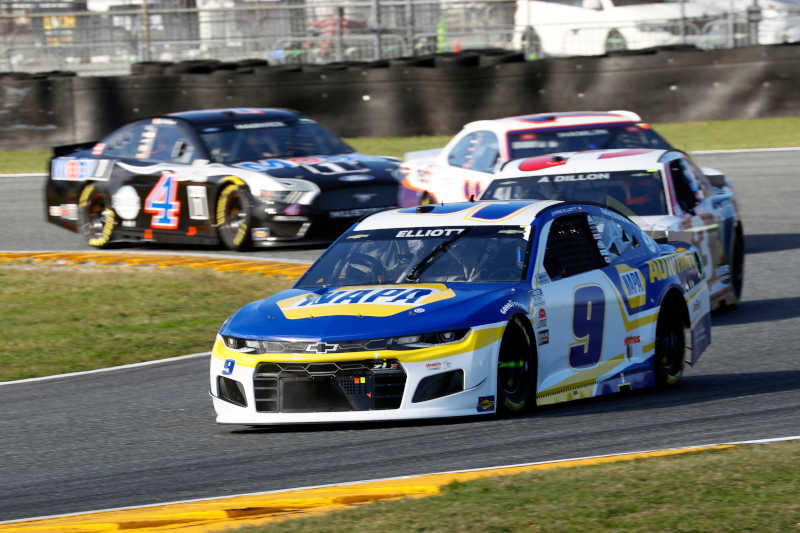 During the stage break, the 25-year-old driver reported that the handling of his Chevy Camaro had improved with the prior adjustments. The NAPA team elected to not pit between stages and Elliott restarted as the leader on Lap 19. It took Elliott only six laps to extend his lead to more than three seconds before another caution slowed the race on Lap 27. Crew chief Alan Gustafson called Elliott to pit road for four tires and fuel and the No. 9 returned to the track in the 14th position for the ensuing restart on Lap 30. It did not take long for him to work his way back through the field. With three laps to go in the stage, Elliott made a quick move to pass his Hendrick Motorsports teammate William Byron to move into sixth where he’d end the second stage. 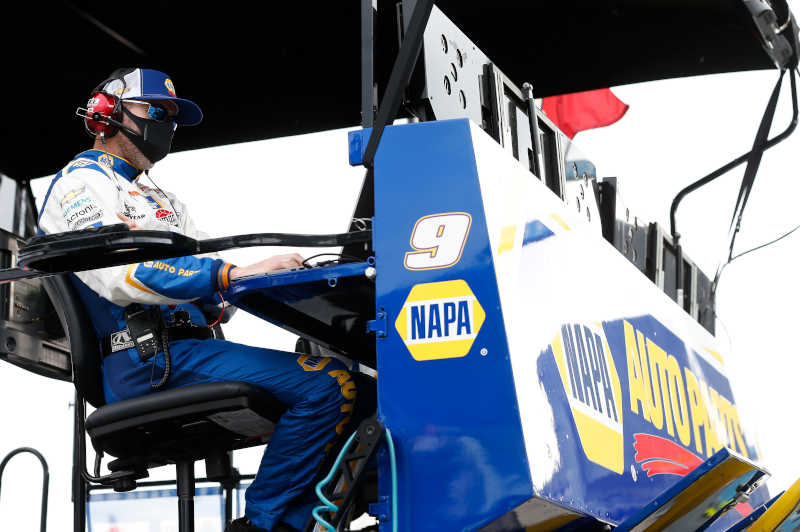 The Georgia native moved up to fourth within the first two laps of the final stage and he eventually grabbed the lead again on Lap 40. Elliott remained in front after making a scheduled-green-flag pit stop on Lap 51. Several laps later, the race was slowed because of a caution for rain. During the caution period, Gustafson called Elliott back to pit road for four fresh tires and fuel. 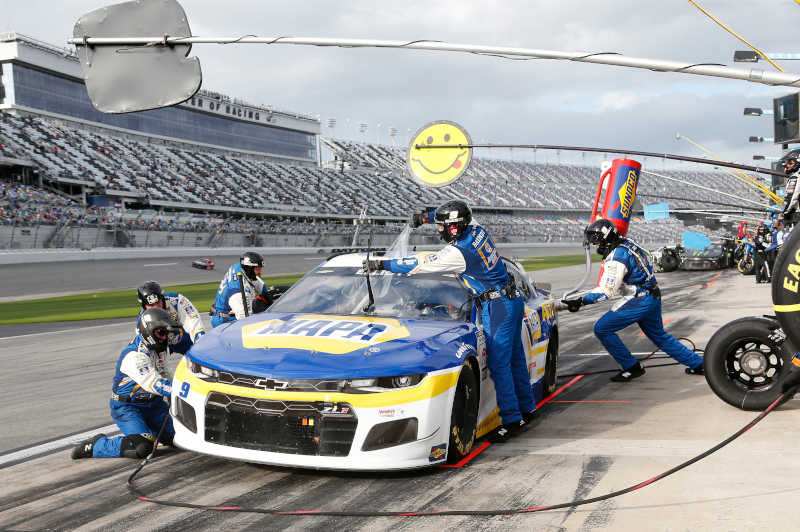 Varying pit strategies put the NAPA driver 15th when the race resumed on Lap 59. However, on the restart, Elliott was pushed off the track while racing three-wide. Fortunately, he made a masterful save and found himself scored 14th as another caution waved. 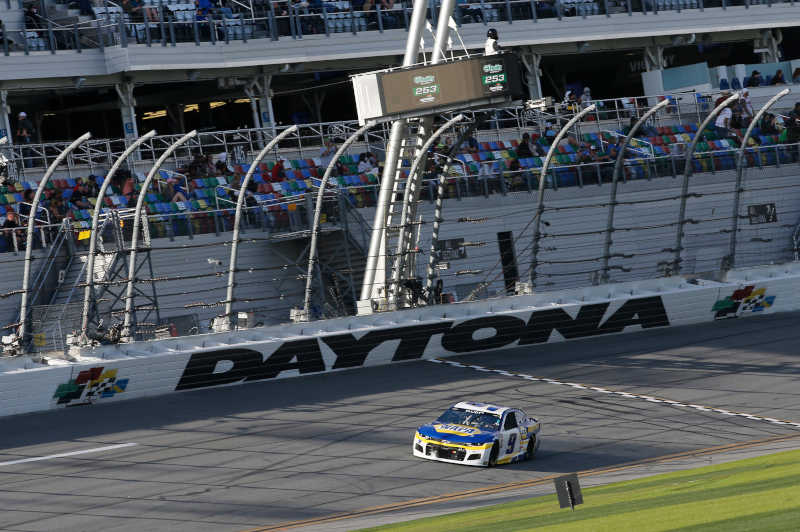 Elliott was back up to tenth for the race’s final restart with eight laps to go. He quickly began rallying his way back towards the front as he moved up to fifth with six laps remaining. As Elliott worked to set up a crossover pass on the No. 2 car in Turn 6, he was bumped from behind and sent spinning. The setback dropped Elliott to 24th. In the end, he recovered several positions in the closing laps to finish the day in the 21st position.