Chase Elliott and the NAPA AUTO PARTS team led 41 laps and raced inside the top ten for the majority of Sunday’s NASCAR Cup Series race at Talladega Superspeedway before finishing fifth. Elliott is currently scored fourth on the playoff grid standings, with a 44-point advantage over the cutline heading into the final race of the Round of 12. 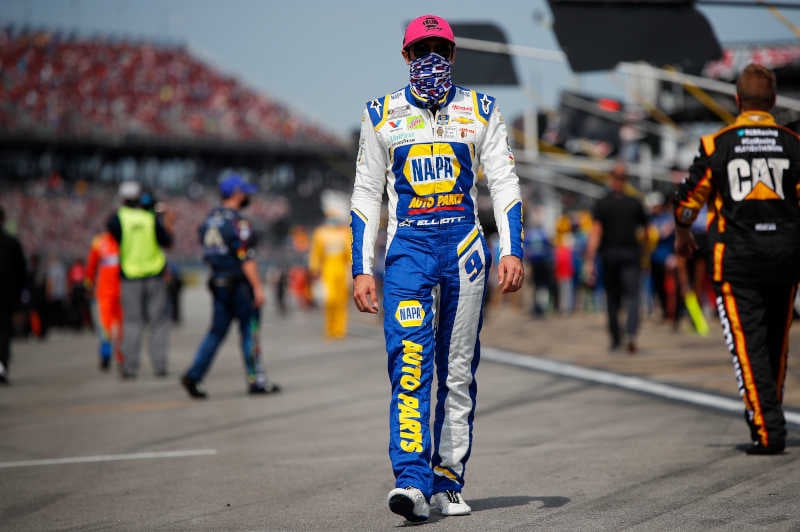 Elliott and the No. 9 NAPA AUTO PARTS team started Sunday’s event from the tenth position. After a string of early cautions, Elliott finally settled into eighth before a competition caution on Lap 25. During a pit stop for four fresh tires and fuel, NASCAR deemed Elliott was too fast on pit road and dropped him to the rear of the field for the ensuing restart on Lap 31. 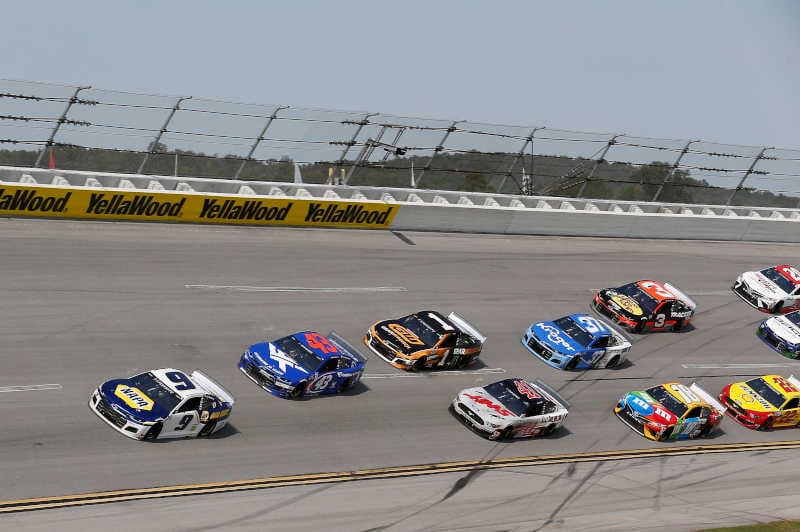 When the race resumed, Elliott began his charge back to the front and he returned to the top ten on Lap 48. On Lap 52, Elliott formed another lane and gathered the momentum to propel the NAPA Chevy all the way to the lead. As his lane began to fade, the Georgia native slipped back a few spots before a multi-car accident on Lap 58 slowed the race once again. The caution officially ended Stage 1 with Elliott scored sixth. 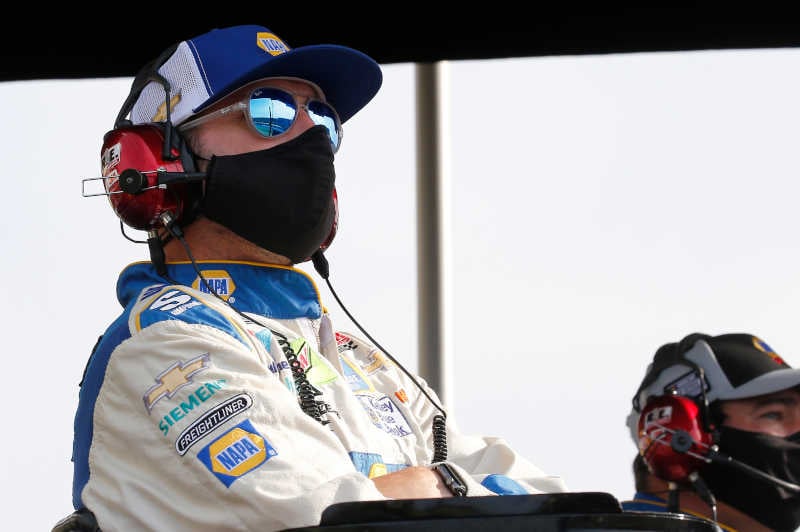 A quick pit stop by the NAPA team during the stage break gained Elliott multiple spots and vaulted him all the way to the race lead to begin Stage 2. When another caution came out three laps later, crew chief Alan Gustafson called Elliott back to pit road for fuel only. The 24-year-old driver returned to the track in eighth for the Lap-74 restart. He advanced to sixth on Lap 81 and was back up to second on Lap 85 before being called to pit road for fuel only. As soon as Elliott and his teammates left pit road, the caution flag waved on Lap 87. Elliott benefitted from the timely caution as he reassumed the lead when other drivers pitted prior to the race restarting on Lap 93. The NAPA driver restarted in the outside lane, but immediately moved down to the inside to line up with his Hendrick Motorsports teammate William Byron. He was able to maintain the lead until another caution waved on Lap 109. On the Lap-114 restart, Elliott’s line lost their momentum and dropped the NAPA Camaro to fourth, where he finished Stage 2. 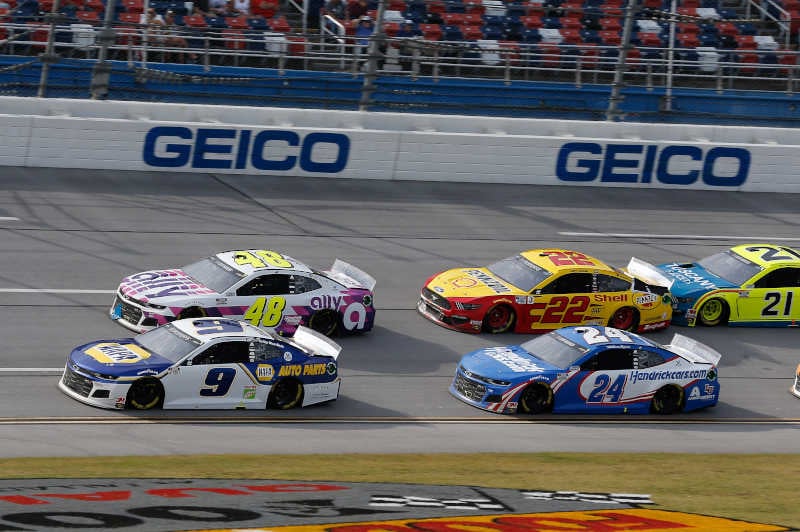 The NAPA AUTO PARTS team pitted during the stage break and returned to the track in seventh for the final segment of the day. Elliott was scored tenth shortly after the race resumed and the field wasted no time going three-wide. The former Talladega winner opted to bail out of the lead pack and ride in the back to avoid the imminent carnage. Once the racing calmed down, he made his way back inside the top five by Lap 136 before his line fizzled out and he slid to 12th. When the next caution flag was displayed on Lap 148, Elliott brought his NAPA Chevy to pit road for four tires and fuel. Unfortunately, Elliott was blocked in his pit stall and fell all the way to 18th. Before the restart, the NAPA team elected to bring Elliott back down pit road to top off on fuel. 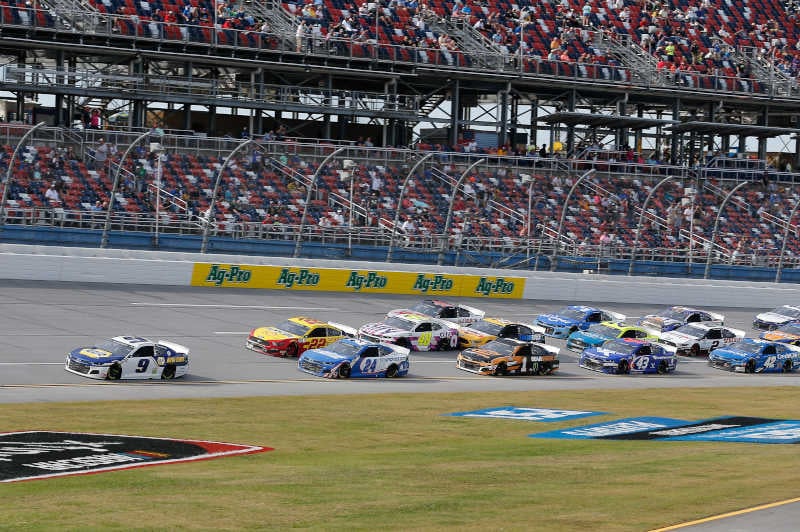 On the Lap-153 restart, Elliott wasted no time picking off positions. He rejoined the top ten on Lap 156 and was in eighth the next lap before moving to the inside lane and forming a line that had the momentum to charge to the front. Elliott took over the race lead on Lap 159. After a competitor pressured Elliott for the lead, a big push from behind secured his position out front until the bottom lane eventually faded once again and the NAPA Chevrolet slipped back to tenth. With 11 laps remaining in the race, Elliott had worked his way up to third. A caution on Lap 183 sent the race into overtime with the NAPA driver scored sixth. He restarted sixth for the first attempt at a green-white-checkered finish and grabbed the lead again within one lap before another caution waved.

With the race being extended to a second overtime, Elliott restarted in the lead. He was out front when another multi-car crash slowed the race prior to the field taking the white flag. The extended race length forced the NAPA AUTO PARTS team to pit for fuel before a third attempt at an overtime finish. Elliott restarted 13th and navigated his way up to sixth where he would take the checkered flag. 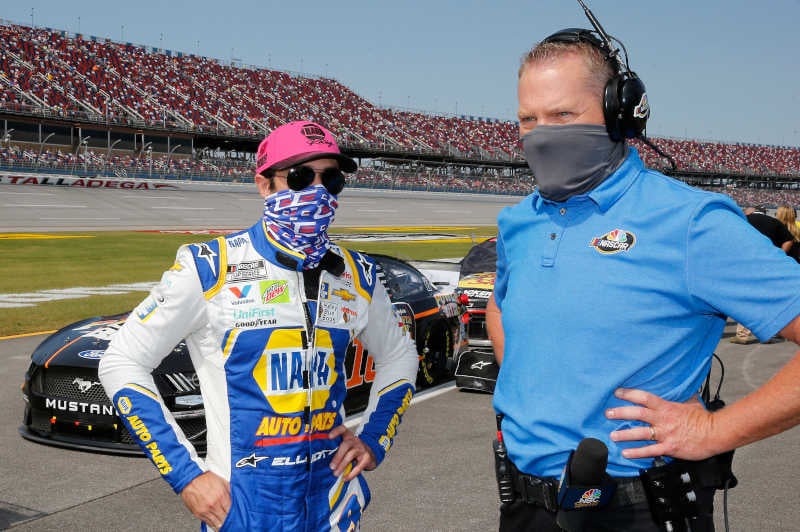 The NAPA team was credited with a fifth-place finish after a competitor was penalized for passing below the yellow line. 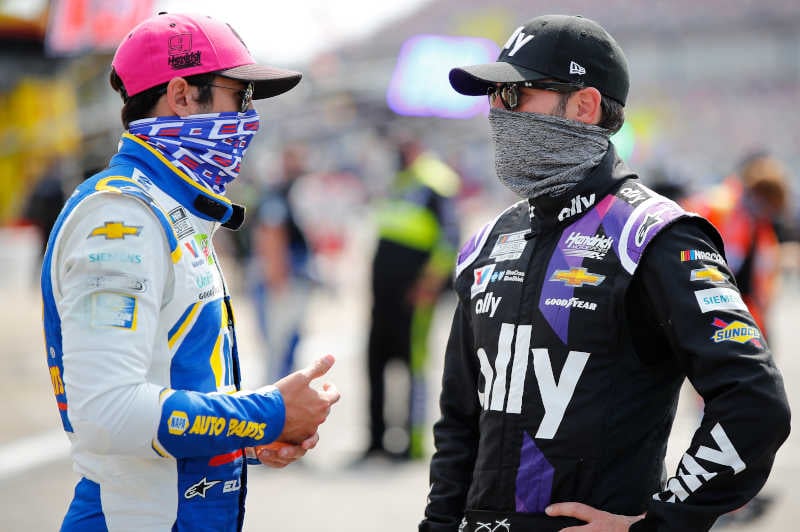 Through two of three races in the Round of 12, Elliott is scored fourth in the NASCAR playoff grid standings as the series heads to the Charlotte road course, where the No. 9 driver is the defending winner.