Ron Capps was armed with the utmost confidence upon entering the NHRA Midwest Nationals. Not only did he arrive at World Wide Technology Raceway fresh off of a win from the previous event, but the driver of the NAPA AUTO PARTS Dodge has had tremendous success at the Madison, Ill., facility. With four St. Louis victories on his resume, Capps is the winningest Funny Car pilot in the venue’s history, and was looking to pick up his third win of the season on Sunday.

Intermittent rain throughout the day on Saturday delayed on-track activities for nearly seven hours, and limited the Funny Car class to just one qualifying session in cold, challenging track conditions under the lights. With only one run to make it in the show, Capps, like nearly all of his competitors, had to pedal his way to the finish line and eventually settled into the No. 14 spot. 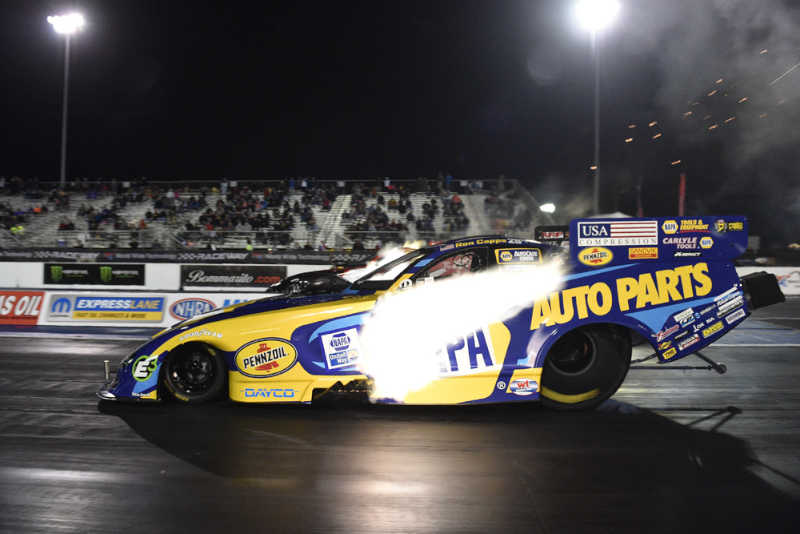 Against his first-round competitor, Cruz Pedregon, Capps navigated the NAPA Dodge to a stellar 3.894-second pass at 331.77 mph to defeat his tire-smoking opponent. The run earned Capps lane choice in round two versus teammate Matt Hagan, and held up to be the second- quickest of the round. In the battle of the DSR Dodges, Hagan came out on top despite running a slow 4.085 E.T. as Capps’ machine banged the blower near halftrack before giving way to a small explosion. 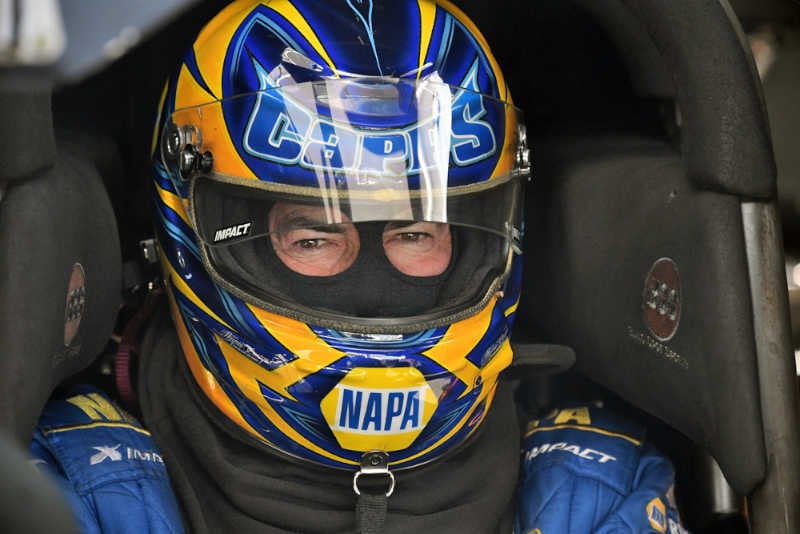 “I’m not sure what to say at this point,” said Capps in regards to his quarterfinal loss. “The NAPA guys are tearing the car apart to see what went wrong. That’s two pretty good boomers in two races. We have to figure out what the issue is. We have a great running car. We had lane choice. It hurts worse when you see your opponent go out and run 4.08 when you have an issue like that. It’s depressing when we have such a great car. The good thing is, I know they’ll dissect the problem and find out exactly what the issue was and we’ll have it fixed for Dallas in two weeks.” 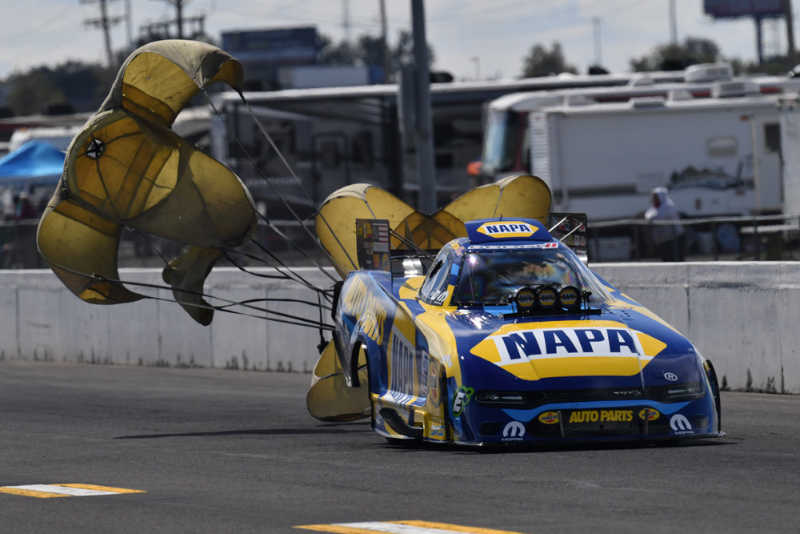 Capps maintains his fourth-place ranking leaving St. Louis, and will return to the track October 17-18 for the NHRA FallNationals in Ennis, Texas, where he will be focused on keeping his 2020 title hopes alive.