Chase Elliott overcame two on-track incidents and narrowly avoided a third on his way to a 10th-place finish in Sunday’s Daytona 500. The driver of the No. 9 NAPA AUTO PARTS Camaro ZL1 left the 2.5-mile track 10th in the NASCAR Cup Series standings. 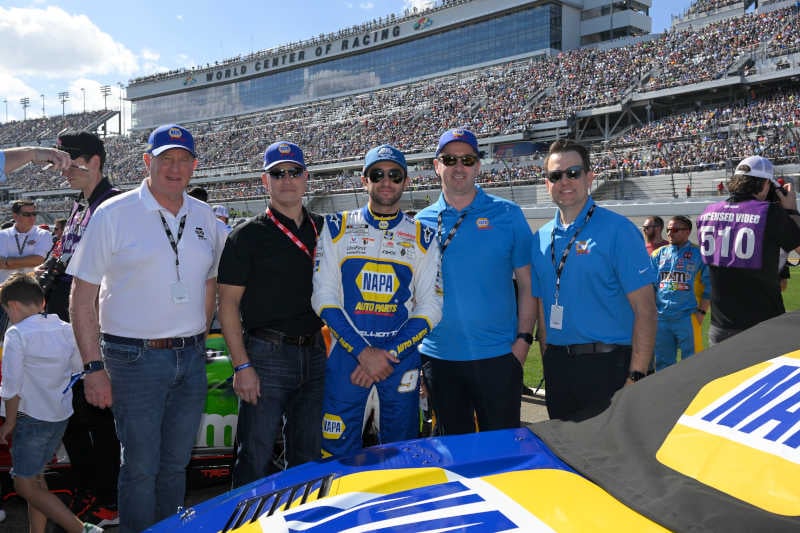 Elliott rolled off the grid from the 11th position for Sunday’s DAYTONA 500. From the drop of the green flag, the No. 9 NAPA Auto Parts Camaro ZL1 showed speed. While the high line was the preferred line for the first portion of the race, Elliott stayed committed to the bottom. As stage one went on, the bottom line started to gain momentum. By lap 35, the Dawsonville, Georgia, native powered his way to the top 10. He relayed to crew chief Alan Gustafson that the No. 9 Chevrolet had started getting tight off turns three and four. Just three laps later the team made its first pit stop of the day, opting for two tires, fuel and an air pressure adjustment.

Elliott was running in the 11th position when the first yellow flag came out on lap 41. Opting to stay out, he restarted in the same spot and worked the draft to his advantage to advance back inside the top 10. Things started to get chaotic with just a few laps remaining in stage one and a multi-car incident occurred. Elliott avoided getting collected but did make slight contact with another car that caused small damage to the right front. He drove on to finish stage one in 10th under yellow flag conditions. Once the stage concluded, the team called Elliott in for four tires, fuel and to survey the damage. 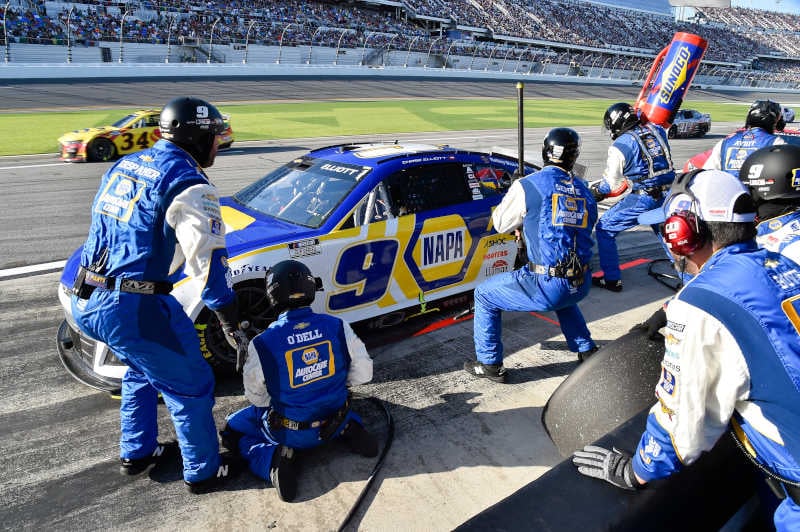 He took the green flag for stage two in 18th on lap 71 and remained in the top line for the first laps of the stage. Elliott’s NAPA AUTO PARTS Chevrolet hit the ground off turn two and it caused him to lose momentum, dropping him to the tail of the lead pack. He relayed to the team that his ride was a lot rougher after the last stop. Staying towards the back, he moved to the bottom and found that it improved the handling of his Camaro ZL1.

At the 100-lap mark Elliott was running 23rd and just 10 laps later the team made a green-flag stop for right-side tires and fuel. When the driver of the No. 9 went to leave the pit box, his Chevrolet stalled on pit road. He got it going, but lost ground to the lead pack. Elliott held on to stay on the lead lap until the green and white checkered flag waved to end stage two.

Elliott ended the stage 20th and when he came to pit road, the team took a closer look at the right front to see if the earlier damage was causing a bigger issue. After changing the right-side tires, Elliott came in the next lap to put on new tires on the left side. He lined up just inside the top 20 for the start of the final stage on lap 137.

Elliott was working his way forward when the yellow flag waved on lap 151. When he came to pit road, a team pitted behind the No. 9 pit box was wrapping up their stop as Elliott was approaching, causing a delay for the NAPA team to complete their stop. After Elliott left pit road, the team received a penalty for driving through too many boxes and he was forced to line up at the tail of the field. Undeterred by the loss of track position, Elliott soon found himself back inside the top 15. He was battling for position when a multi-car incident occurred ahead of him. Elliott was caught up in the melee and his car was sent spinning, but he managed to keep it off the wall. 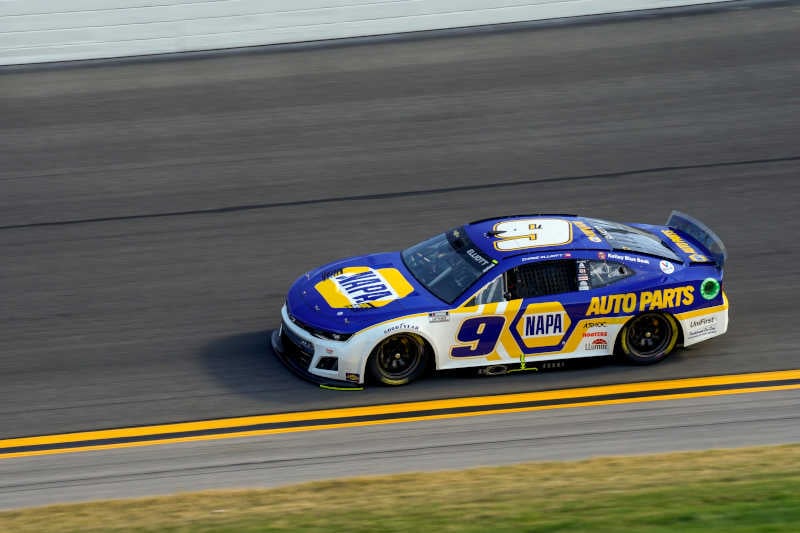 Once he was able to pit, the No. 9 NAPA AUTO PARTS team put on fresh tires and sent him back out to restart 13th with just six laps to go. Elliott survived one more caution that sent the DAYTONA 500 into overtime. He took the checkered flag in the 10th position.

“This NAPA AUTO PARTS team really put up a big fight today. We faced a good bit of adversity and overcame a lot. I hate that we didn’t have a better shot at it at the end, but we’re fortunate to still have our car in one piece and bring home a top-10 finish to start the season.”