Chase Elliott overcame mid-race trouble to earn his sixth career NASCAR Cup Series victory with a win in Sunday’s race at the Charlotte Motor Speedway “roval.” With the win, the NAPA driver advances to the Round of 12 in the NASCAR Cup Series Playoffs. 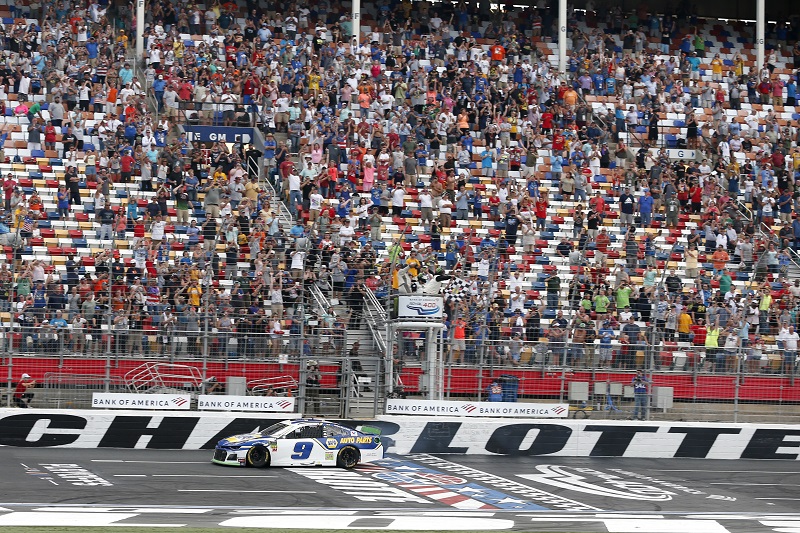 Starting Sunday’s race in 19th, Chase Elliott quickly got to work in his No. 9 NAPA AUTO PARTS Chevrolet Camaro ZL1, breaking into the top ten on Lap 15. After pitting during a caution and then avoiding a multiple-car incident shortly thereafter that sent the race back under yellow, Elliott found himself in ninth, which is where he would finish the segment as Stage 1 ended under caution. 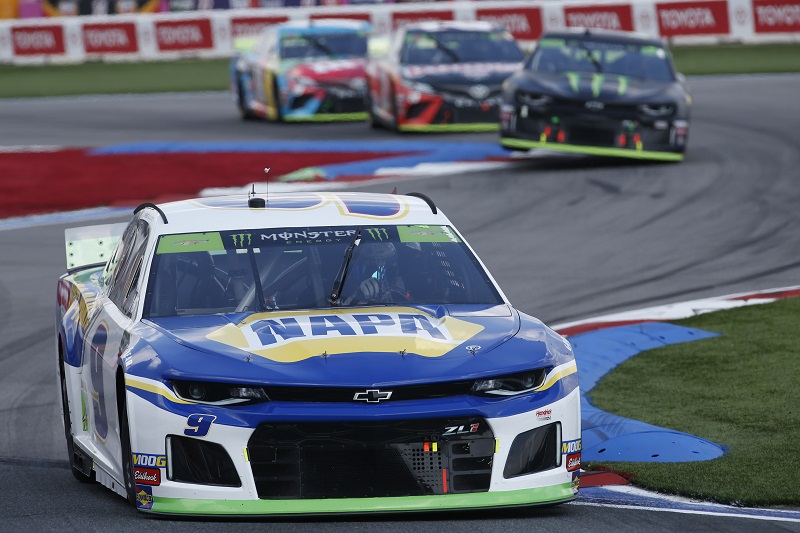 Elliott began Stage 2 in fourth, jumped up to second on the restart and took the lead on Lap 31. He paced the field until a caution flag waved on Lap 42, when he headed down pit road and returned to the track in seventh. It didn’t take long for him to race his way back to the front, finding fourth on Lap 46, third on Lap 47, second on Lap 48 and the lead once again on Lap 49. He maintained the top spot through the green-checkered flag to capture the Stage 2 win. 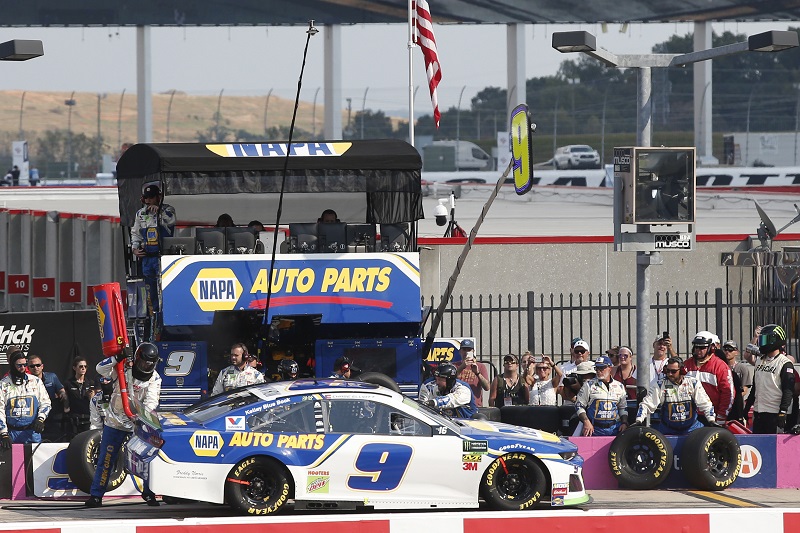 Elliott started the final segment from first with 45 laps remaining in the race, but he locked up the brakes and missed Turn 1, causing him to run into the wall and bringing out a caution. After quick work on pit road by the No. 9 NAPA team to repair the damage, Elliott returned to the track in 37th. By Lap 73, however, he had moved all the way back up to 14th. As competitors headed to pit road for green-flag stops, he put the No. 9 car back in the race lead briefly before heading in for a stop. He returned to the track still inside the top ten with 30 laps to go. 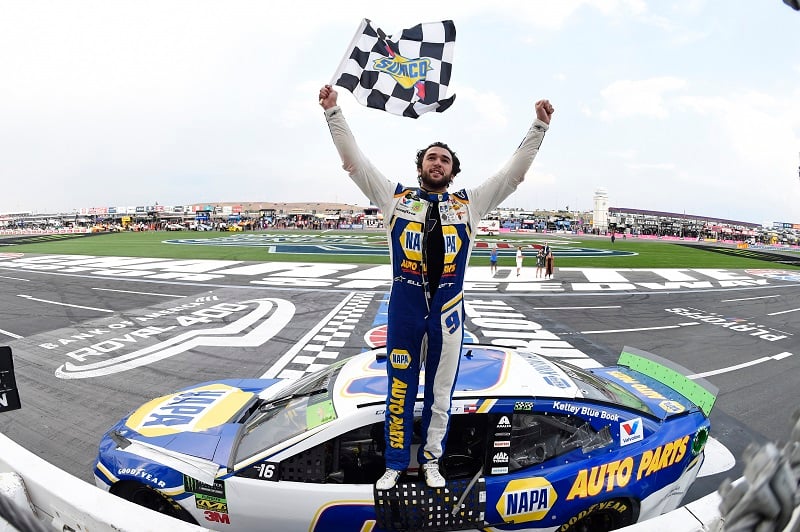 With 21 laps to go, Elliott found himself in the top five just before a caution flag waved. He stayed on the track and climbed to fourth, and through multiple more cautions he made his way to third for a restart with six laps remaining. When the green flag flew, he took over the race lead before the end of the lap. He held it through the checkered flag, winning the final race of the Round of 16 in the Playoffs and advancing to the Round of 12. 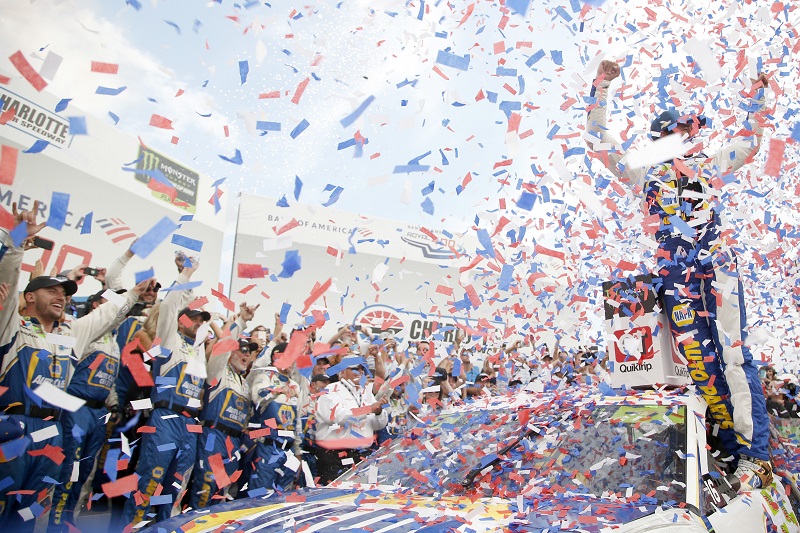 “What a mistake. Holy moly,” said Elliott. “You talk about messing something up, right here. Don’t do that. What a day. We had such a fast NAPA Camaro ZL1 and honestly, that was the only reason we were able to get back in. I pretty well blew it; and got the cautions at the right time and brought it home. Thank you guys.” 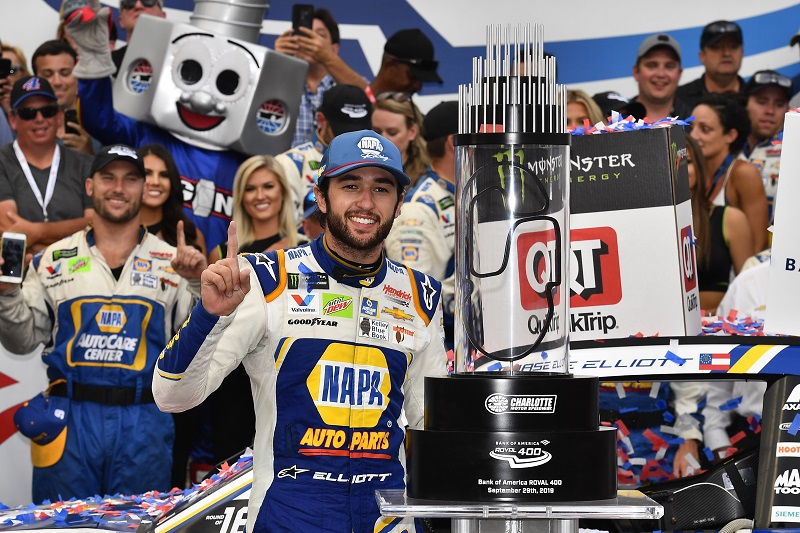