Bill McAnally Racing’s Derek Kraus earned his fourth win of the season and extended his NASCAR K&N Pro Series West points lead with a win in the NAPA AUTO PARTS Idaho 208 in Meridian, Idaho, on Saturday.

It marked the ninth career series win and fourth victory this season for the 18-year-old NASCAR Next driver from Stratford, Wisconsin. Kraus also has two wins this year in NASCAR K&N Pro Series East competition. 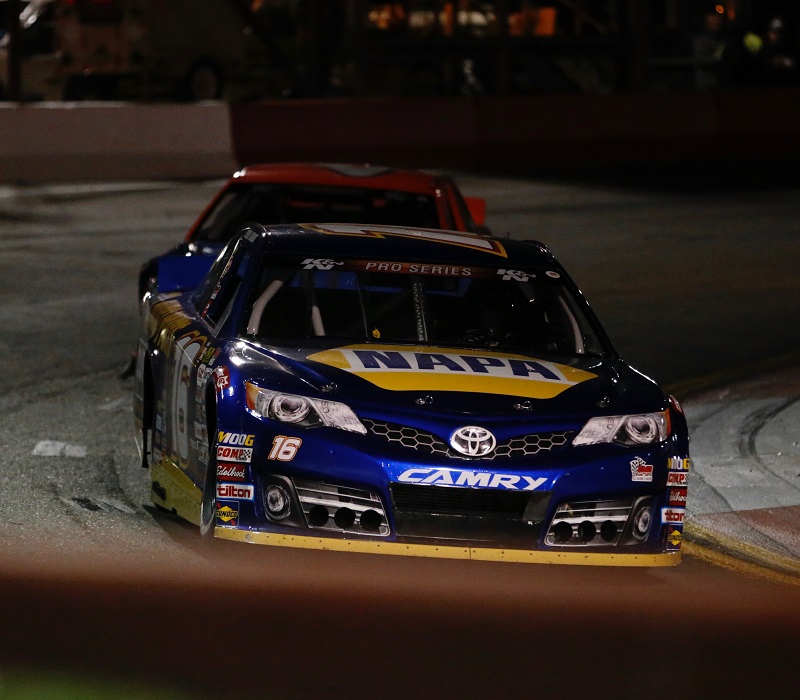 His BMR teammates, Hailie Deegan in the No. 19 Monster Energy/NAPA Power Premium Plus Toyota Camry and Brittney Zamora in the No. 99 ENEOS / NAPA Filters Toyota Camry, ran in the top five for much of Saturday’s race. Deegan started second and was in contention for the lead until contact from another car turned her Toyota into the wall on Lap 132. She salvaged a 13th-place finish.

Zamora started third and raced in the top five until getting shuffled back in a couple of late-race restarts. She finished eighth. 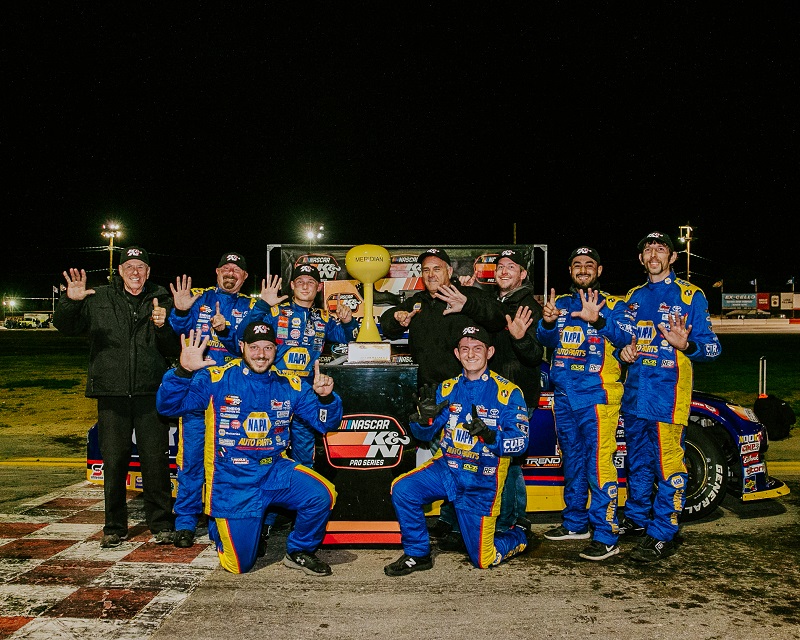 The Meridian race will be televised to a national audience on NBCSN on Oct. 4 at 3 p.m. PT.