Chase Elliott had a roller coaster of a day at Talladega Superspeedway. The NAPA driver was able to overcome damage suffered in a multi-car accident during Stage 2 to finish eighth at the 2.66-mile superspeedway. Elliott currently sits outside the top eight – 22 points below the cutline – as the NASCAR Cup Series heads to the final race in the Round of 12 next Sunday at Kansas Speedway. 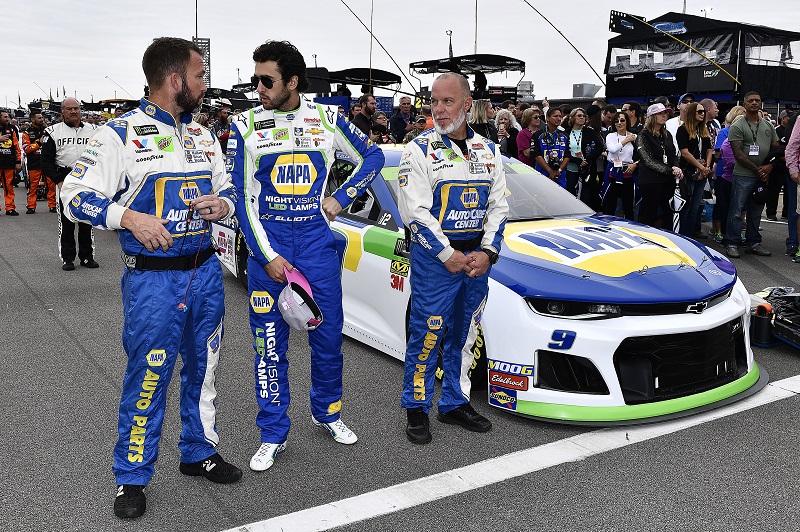 After starting Sunday’s race on the pole, Elliott fell out of the lead shortly after the green flag waved as the inside lane didn’t generate enough momentum to fend off the outside line. He remained inside the top ten for the first 15 laps of the event but fell outside of the top 20 following a green-flag pit stop on Lap 35. 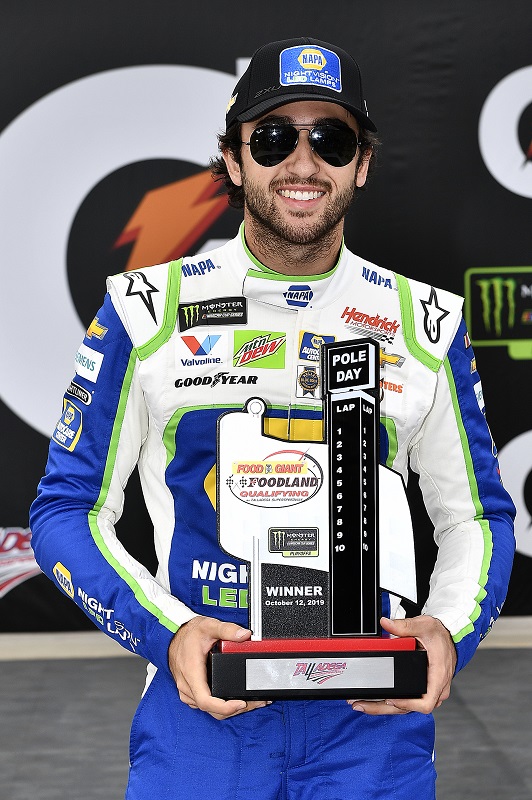 Following another trip to pit road for fresh tires during a caution three laps later, Elliott used the outside lane to move all the way back up to the race lead with nine laps to go in Stage 1. He lost the lead once again and slipped back in traffic before the green-checkered flag waved at Lap 55. He finished the opening segment in 18th. 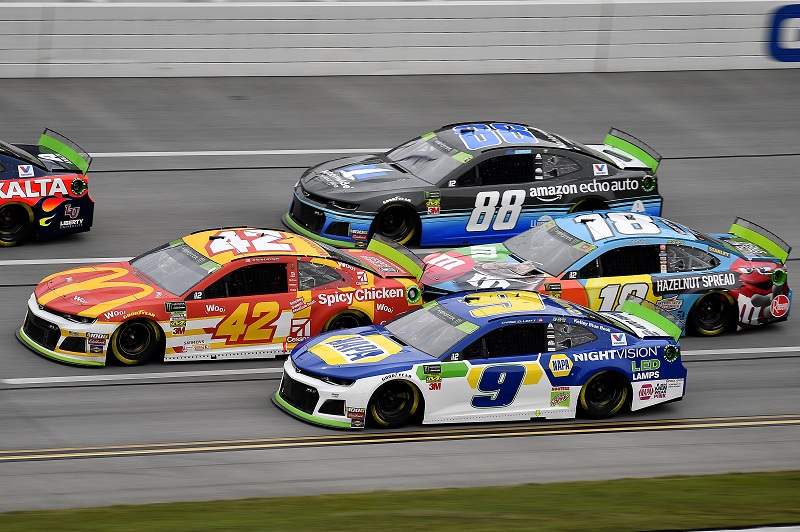 Following a red flag for rain that postponed the remainder of the race to Monday, Elliott began Stage 2 in 15th. By Lap 65, he had advanced into the top five and even found his way into the race lead on multiple occasions as different lanes of traffic jostled for momentum. With four laps remaining in the segment, Elliott was involved in a multi-car accident that sent him to pit road multiple times for repairs to the right side of his Chevrolet Camaro ZL1. Stage 2 ended under caution and Elliott was credited with a 22nd-place finish. 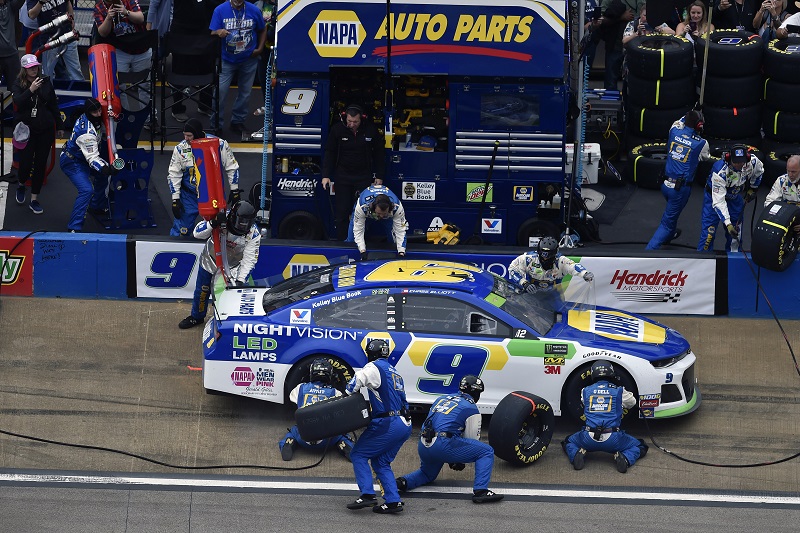 Quick work by the No. 9 team allowed Elliott to remain on the lead lap as he started the final segment in 23rd. He advanced into the top 20 by Lap 130 and moved inside the top 15 two laps later. By Lap 139, he raced up to fifth and moved into the runner-up position before heading to pit road under caution. The No. 9 team elected to make a four-tire pit stop, putting Elliott back in 14th for the ensuing restart. 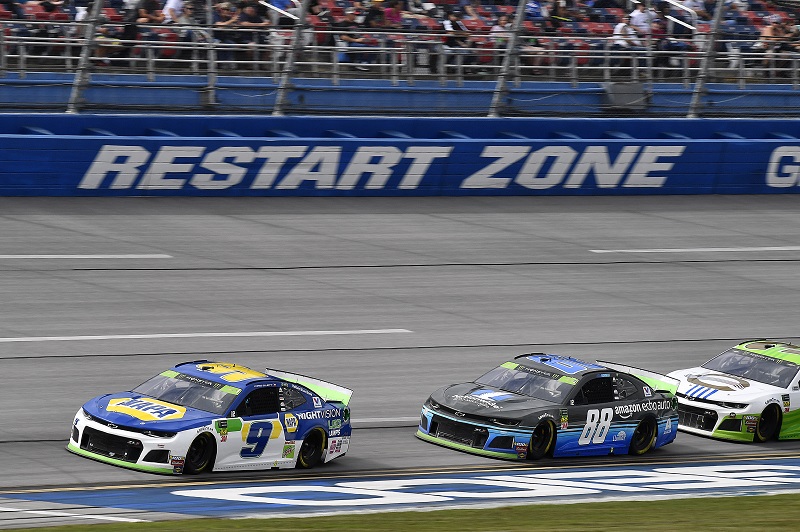 When the race resumed, he took the green flag inside the top ten and advanced to eighth before the checkered flag waved.

Elliott currently sits tenth in the NASCAR Cup Series Playoffs standings – 22 points below the cutline – as the series heads to the final race in the Round of 12 next Sunday at Kansas Speedway.