Piloting a special, one-race-only NAPA NightVision LED Lamps paint scheme, Ron Capps earned the No. 4 qualifying position to start race day at the NHRA Carolina Nationals. After rain showers postponed Sunday’s elimination rounds until Monday, Capps’ race day got off to a great start. The NAPA Dodge was solid and consistent to earn a bid in the semifinals. Capps amassed 77 points and maintained his No. 4 ranking in the NHRA Countdown to the Championship point standings. 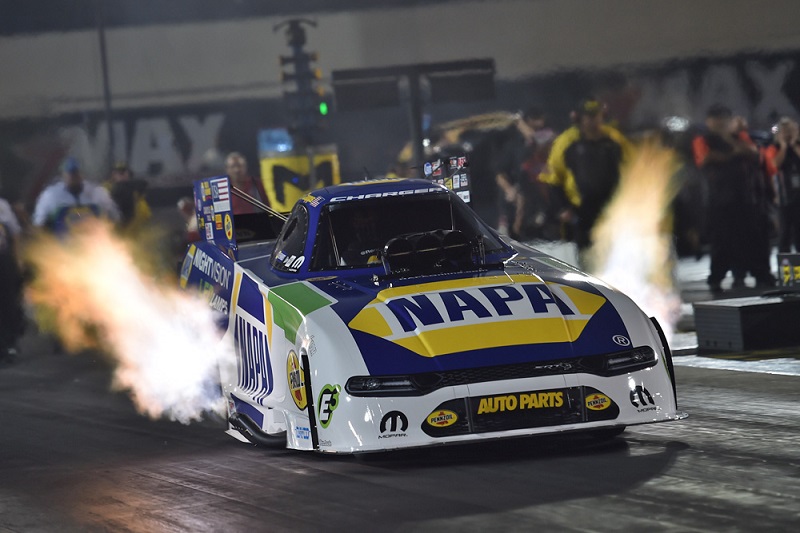 As the No. 4 qualifier, defending NHRA Carolina Nationals champion Capps drew Jim Campbell as his round-one competitor. Capps stood on the throttle first and never trailed for the win, extending his round-win streak to 9 – 0 against Campbell. 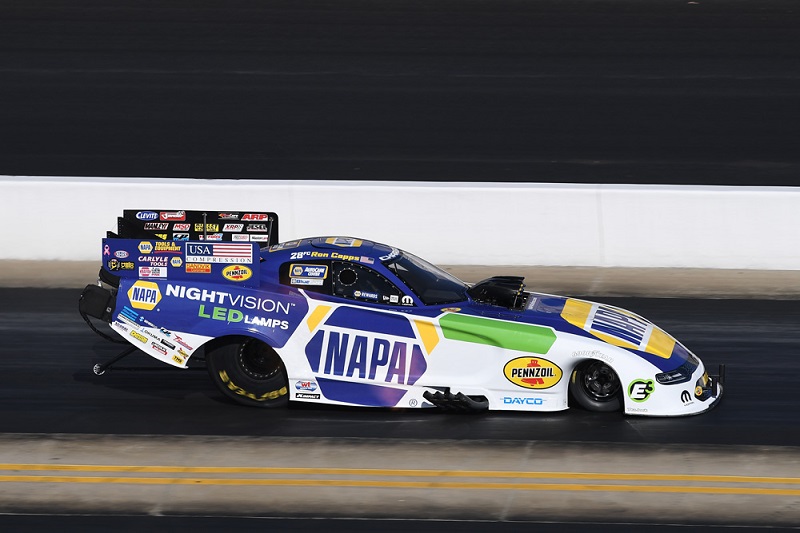 In the quarterfinals, Capps faced fellow Funny Car heavy-hitter and 2019 championship hopeful, John Force. It was an exciting side-by-side race between the two winningest Funny Car pilots in NHRA history with Capps coming out on top with his 3.908-second E.T. versus Force’s 3.912-second run. 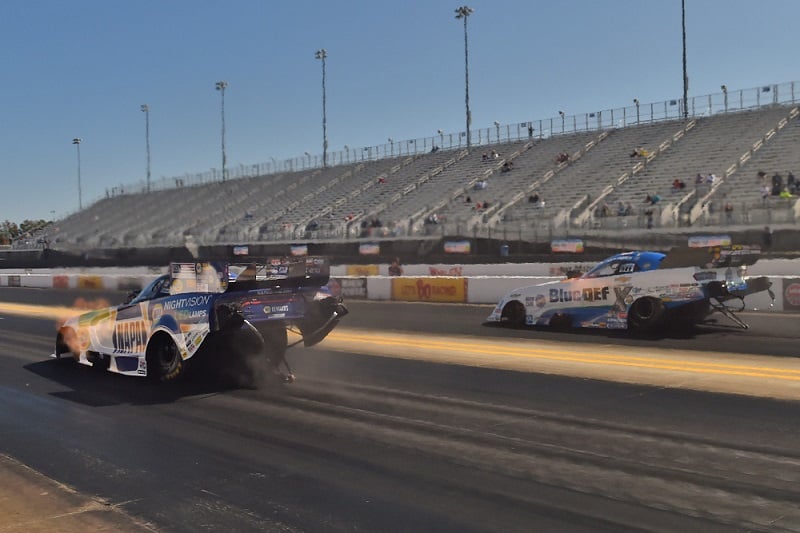 Capps’ semifinal appearance, his second in the first three events of the six-race Countdown to the Championship, featured a matchup between the NAPA team and stablemate Jack Beckman. As the No. 1 qualifier, Beckman had been on a roll all weekend, and his stronghold on the Funny Car category continued when he powered to a 3.957-second pass versus Capps’ 4.025 E.T. 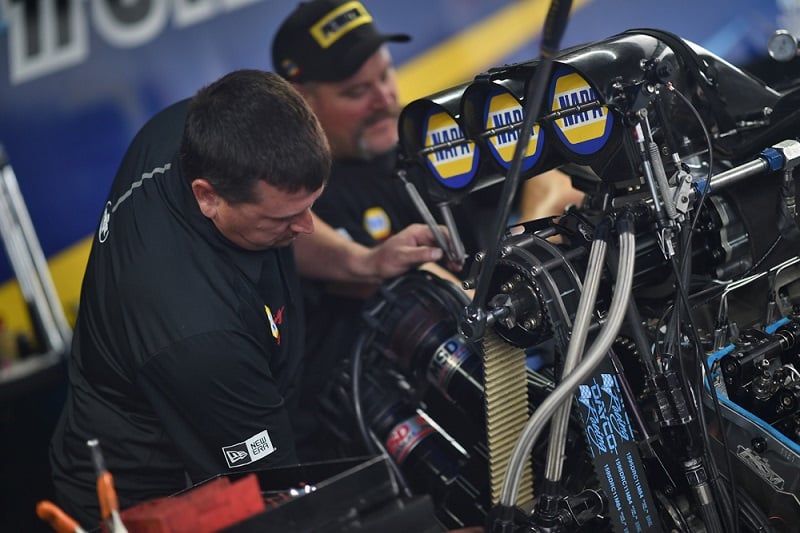 Capps collected 77 points over the course of the race weekend to maintain his No. 4 ranking in the Countdown standings. With three races remaining, including the points-and-a-half season finale in Pomona, Calif., Capps’ 2019 championship hopes are still very much alive.

“Obviously, we qualified well, and aside from winning, we kind of checked all of the boxes on all of our goals coming into the race weekend,” said Capps, a three-time event winner in 2019.

“We had a great car all through qualifying, and we were one of the only teams to go down the track on a good pace all four runs, so we felt confident. Race day started the same way, but in the semifinals, the car did something it hadn’t done all season long, which is, it put the No. 1 cylinder out right at the hit of the throttle. Still, even with only running on seven cylinders, we were right there in case our teammates made a mistake. You’ve got to make hay when it’s daylight because the two guys that made it into the final round are two that are ahead of us in points. We did make a pretty good move on John Force, beating him in the second round. That was a big round win, especially during this time of the year because that’s a car you’re going to have to battle near the end there. 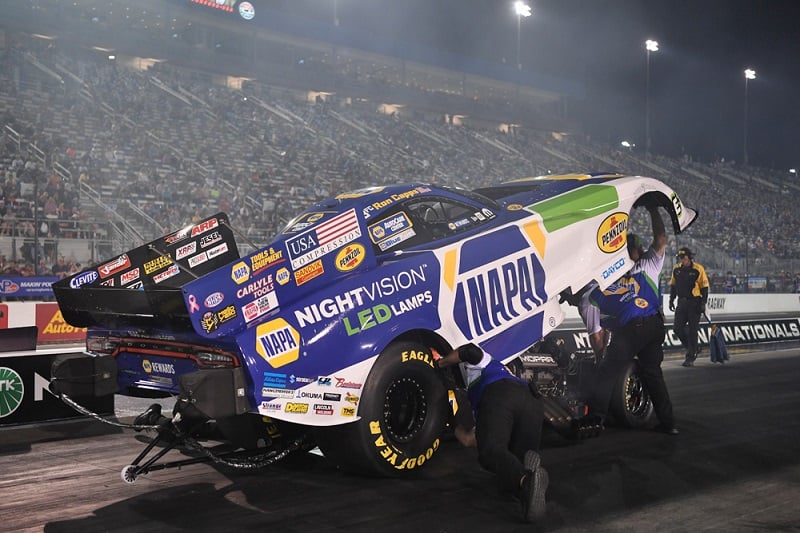 “We’ve got such a great race car. [Crew chief Rahn] Tobler is making changes, and the car is reacting to every single thing he does. That shows our consistency, and Tobler had a smile on his face even after we lost the semis. When he’s that happy going into the next race, that surely makes me happy and gives me a lot of confidence. We have a big weekend in Dallas coming up.” 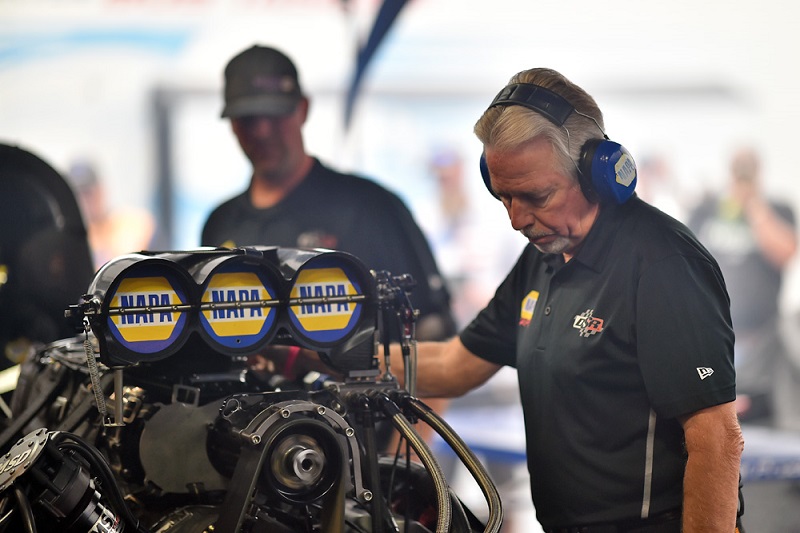 NAPA Know How Blog Capps Races to Semifinals at Charlotte