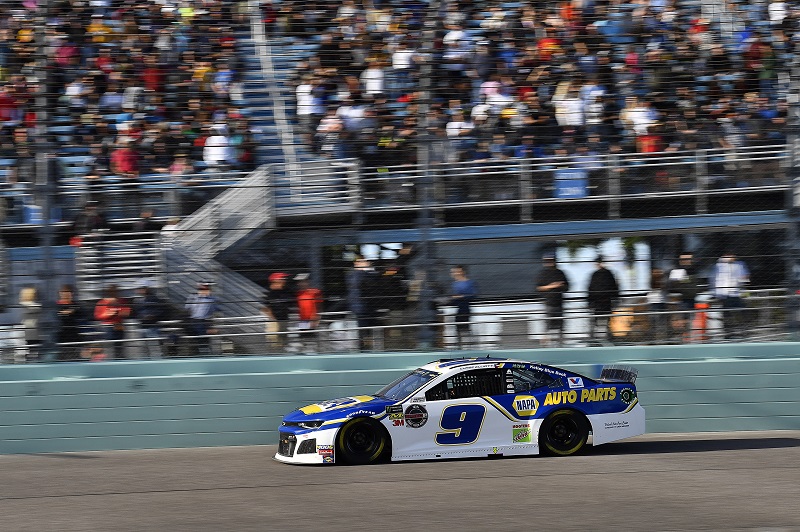 Elliott took the green flag just outside the top ten in 11th. In the opening laps, he was shuffled back in traffic to 14th as he reported that his NAPA Chevy was handling tight. After a cycle of green-flag pit stops, Elliott was running 19th. Though he lost a lap to the leader, he recovered to gain two positions before the green-checkered flag to finish Stage 1 in 17th. 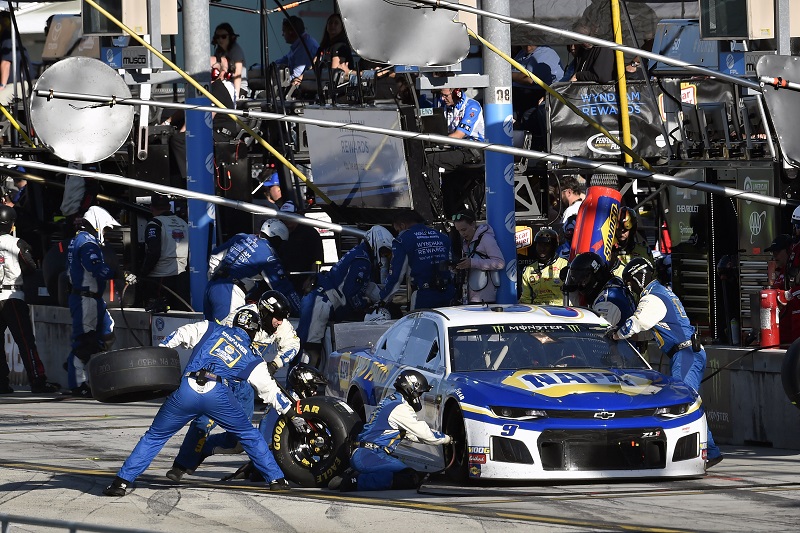 Elliott advanced to 16th at the start of Stage 2 despite running one lap down. After a trip to pit road for a green-flag stop, he was running 17th on Lap 125. A late-stage caution allowed the No. 9 NAPA team to take a wave around to rejoin the lead lap. In the closing laps of the segment, he picked up three more positions to finish Stage 2 in 14th.

After starting the final segment in 15th, Elliott fell outside of the top 20 before pushing back forward through traffic. After another quick green-flag pit stop by the No. 9 team, the driver cracked the top ten as Elliott reported that the adjustments were helping the handling of his Chevrolet. As the field cycled through pit stops with 50 laps to go in the race, the NAPA AUTO PARTS team settled into ninth. With less than 30 laps remaining, Elliott headed to pit road for a final green-flag stop. He returned to the track in 19th and gained four positions before the checkered flag waved to close the season with a 15th-place finish. 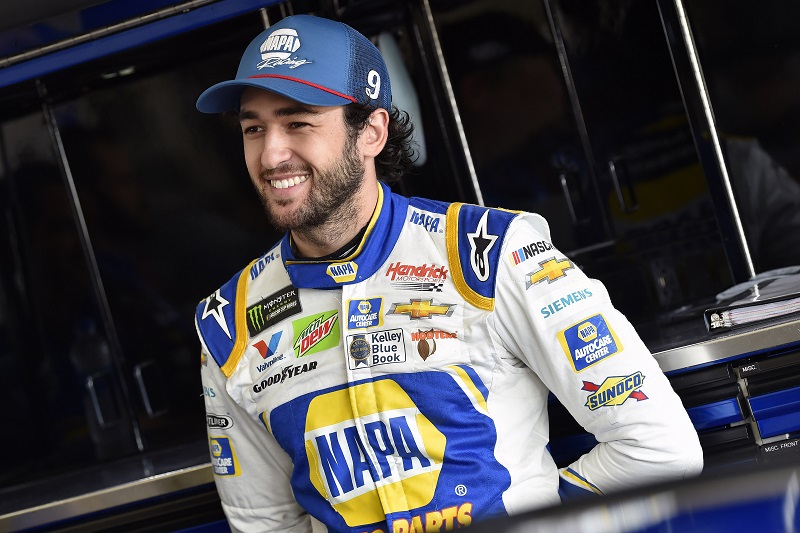 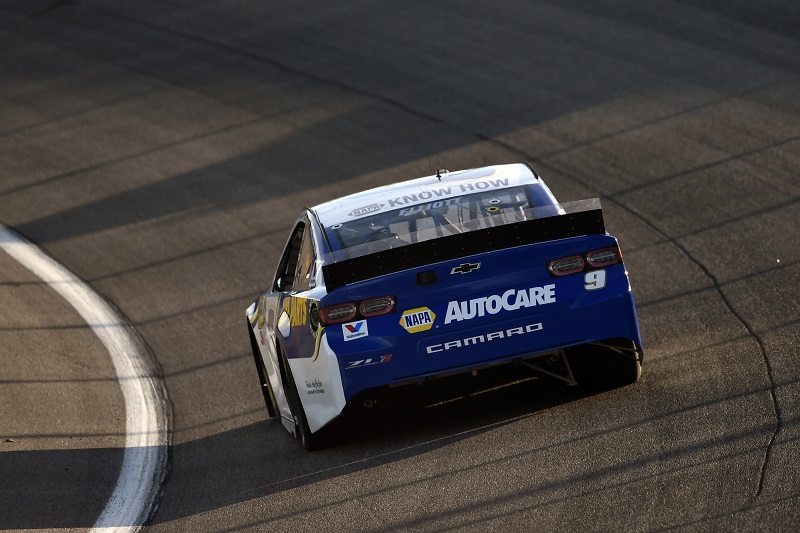