Chase Elliott dominated most of the final stage of Sunday’s NASCAR Cup Series race at Charlotte Motor Speedway, but after a late-race caution, the ensuing restart sparked an incident that took the 2022 regular-season champion out of contention for the victory. Elliott ultimately scored a 20th-place finish after leading 30 laps on the day. Next week, the series kicks off the Round of 8 in the Cup Series playoffs at Las Vegas Motor Speedway. Elliott currently tops the standings and enters the round 31 points above the cutoff line to advance to the Championship 4. 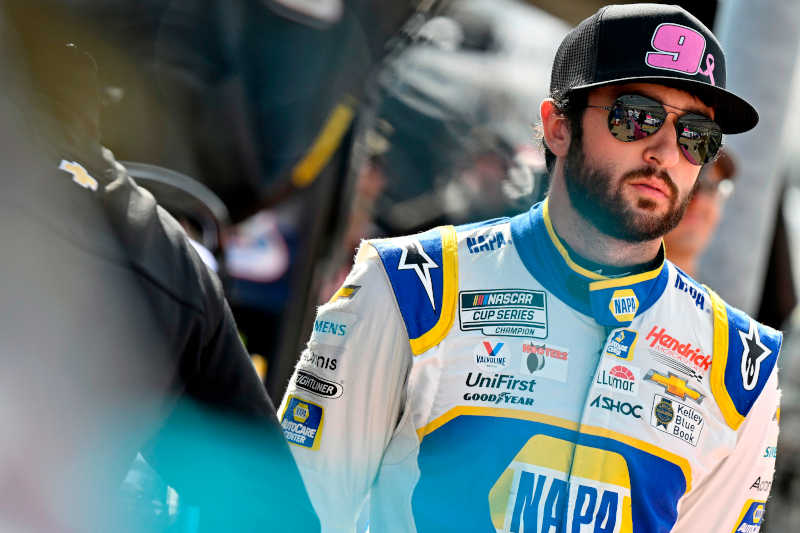 Elliott rolled off the grid from the ninth position. On a track that was difficult to pass, the 26-year-old driver managed to improve to seventh by lap 16 and was in that same position when the No. 9 NAPA AUTO PARTS team made a strategy call to pit on lap 22. After a fast stop for four tires and fuel, Elliott made his way back onto the track with three laps to go in stage one, ultimately ending it in the 11th position on lap 25. 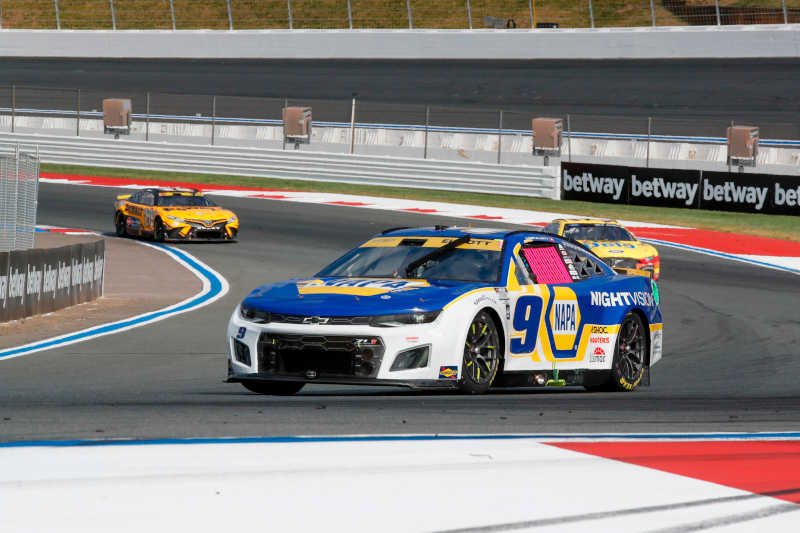 Staying out during the stage-ending caution, Elliott lined up third for the start of the second stage. Settling into the fourth position on lap 30, he remained there until crew chief Alan Gustafson called the driver of the No. 9 in for four fresh tires and fuel at lap 47. Following the pit stop, he was able to rally back to 10th to earn a stage point at the conclusion of stage two on lap 50. 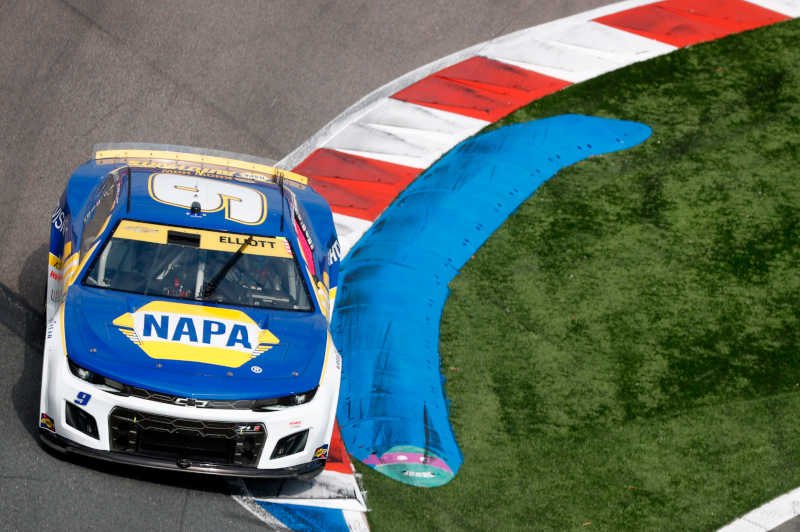 Once again, Elliott remained on the track during the stage break and took the green flag for the final stage on lap 54 from the third position. He held onto the spot after the restart and pitted from the third position on lap 72 for four tires and fuel. A fast stop allowed him to gain some track position, and he took over the lead on lap 77 once the field cycled through pit stops. Elliott continued to hold point and pulled out to a four-second lead. Still leading with less than 10 laps to go, Elliott was on a mission and had his sixth win of the season in his sights until an inopportune caution flag for debris waved with just five laps remaining. Elliott lined up for the restart and was battling for the lead when contact from another car got Elliott’s Chevrolet loose and sent him spinning. He made his way to pit road for four tires and fuel. After he got back out on the track, a separate incident brought out the caution and sent the race into overtime. Elliott restarted from the 18th position and got held up after the cars ahead of him collided in turn one. Once he got through the chaos, Elliott drove on to take the checkered flag in 20th. 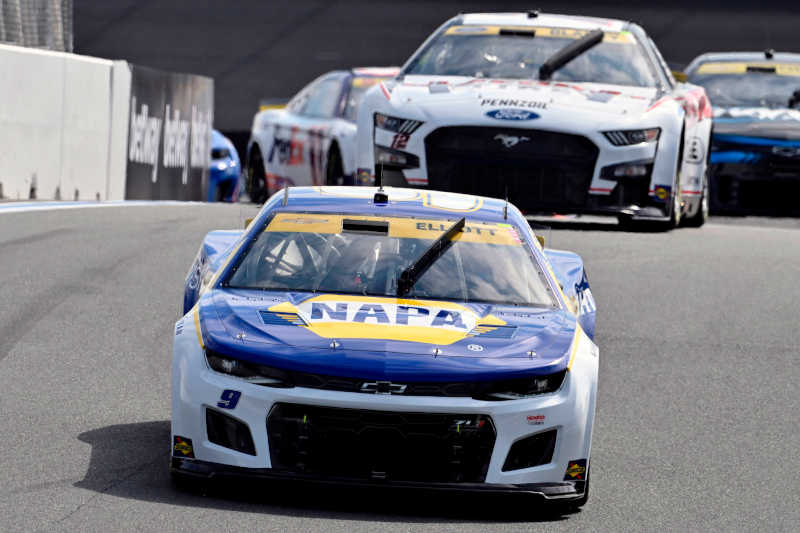 “I haven’t seen a replay yet,” Elliott said following the race. “I thought I had a pretty good launch and thought I got through (turns) one and two good. I thought I gave AJ (Allmendinger) enough room through one and two to not run into the fence. I don’t know if he just got loose, overdrove turn three or whatever, but I ended up on the outside. Whatever the reason, he ran wide and I ended up the track in a super compromised situation. Bummer. Alan (Gustafson, crew chief) called a great race. Our No. 9 NAPA Chevy wasn’t great, but it was plenty good enough to win. Our team called a perfect race to get us the lead, and our pit stops were really good to not to have any mistakes and get us a really nice cushion. We had a lot of laps on our tires, but I could maintain my pace out there with having a nice gap. We’ll try again next week.” 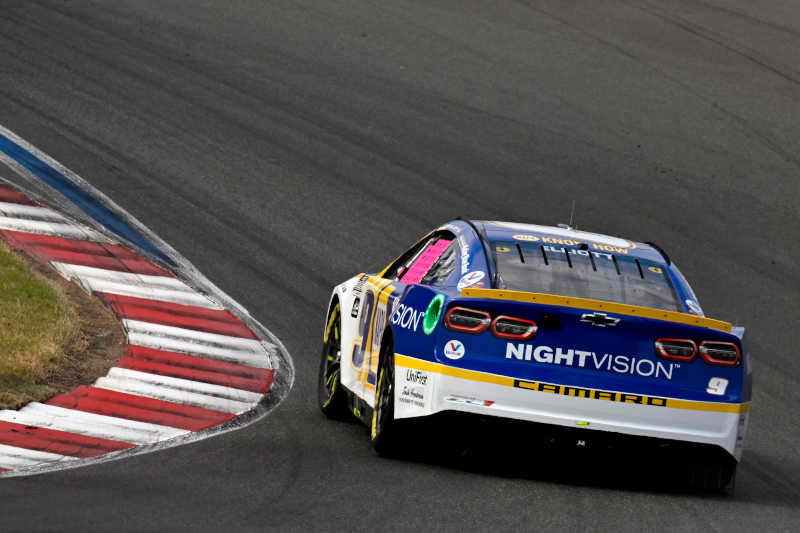 Elliott’s victory the week prior at Talladega Superspeedway had already locked him into the Round of 8 in the NASCAR Cup Series playoffs. Following Sunday’s final race of the Round of 12 at the Charlotte ROVAL, the Dawsonville, Georgia, native leads the point standings and has a 31-point cushion on the cutoff line to advance to the Championship 4. The Round of 8 kicks off next weekend at Las Vegas Motor Speedway.

Next Race: Sunday, October 16, Las Vegas Motor Speedway
How to Watch or Listen: 2:30 p.m. ET on NBC, PRN and SiriusXM