With just eight races remaining on the 2022 World of Outlaws Sprint Car Series schedule, Brad Sweet and the No. 49 NAPA AUTO PARTS team rolled into Port Royal Speedway in Port Royal, PA, for the two-day Nittany Showdown. With a win at the event back in 2015, the Big Cat was looking to make his way back onto the Port Royal Speedway podium after more mediocre recent performances at the half-mile track. Despite his high hopes, Sweet was only able to post a single top-10 finish in two nights of racing, but the NAPA driver held his championship points lead heading into the season homestretch.

“Port Royal is very unique because it can be hot or cold,” Sweet said of the historic raceway. “I think you have got to have a good slick track program, and since I won here, I have struggled. Hopefully we can hit on something tonight; looking forward to getting the NAPA AUTO PARTS No. 49 closer to the front.” 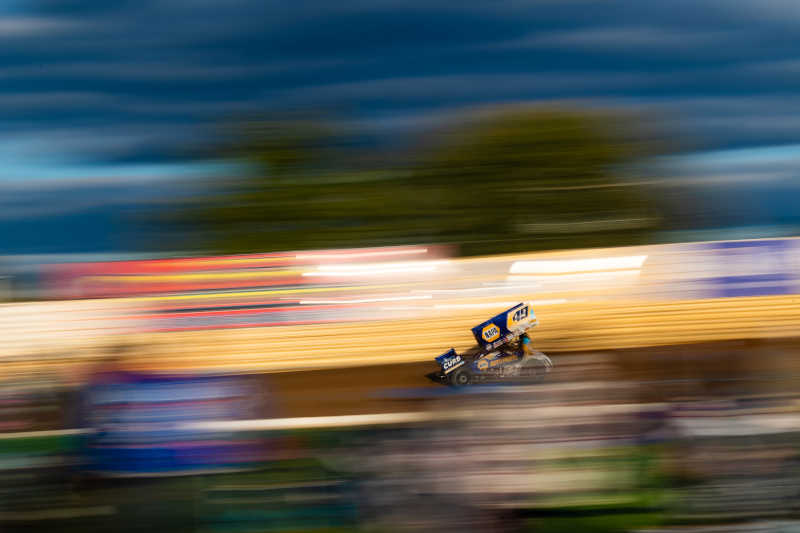 With 40 cars signed into competition on Friday, Sweet was slated to qualify ninth in Flight A. He stopped the clock at 15.829 seconds, placing him sixth in Flight A and third to start Heat Race 2. In his heat race, Sweet maintained the third spot, holding off a challenge by fourth-place runner Danny Dietrich. With two laps to go, Sweet caught up to second place but didn’t have enough to complete the pass. Sweet finished third, transferring directly to the A-main. 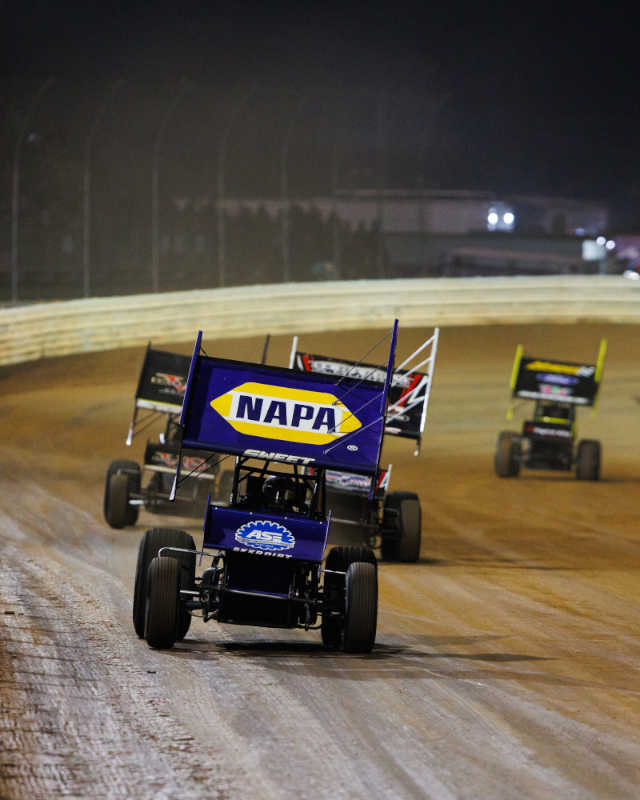 Starting 11th, the Big Cat had his eyes on the Port Royal podium. The caution lights went out and the green flag dropped for the 25-lap feature. Maneuvering through the middle of the pack, the NAPA No. 49 sought clean air in order to make forward progress. After a caution, the field again lined up double-file for the restart. Sweet spun the tires on the green flag, dropping the NAPA machine back to 13th, where he finished on night one of the Nittany Showdown. 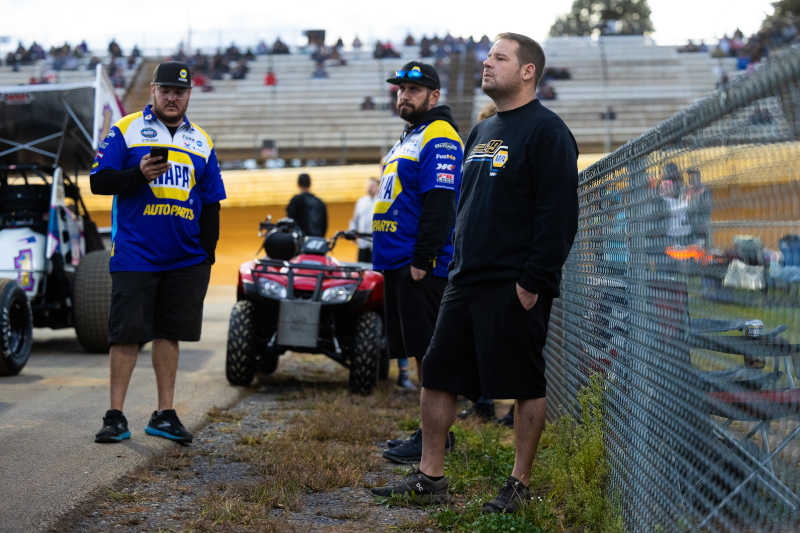 Hoping to improve on the Friday’s finish, the NAPA No. 49 team went to work on Saturday. Day two of the event saw a high temperature of just 58 degrees, and 42 cars signed in for the final night. Sweet went out tenth in qualifying Flight B, hitting the charts at 15.842 seconds and placing him fourth overall. The Big Cat started Heat Race 2 from second and worked the high side of the track early, attempting a slide job for the lead but coming up short. Sweet crossed the checkers in second and locked himself into the Fast Pass Dash. 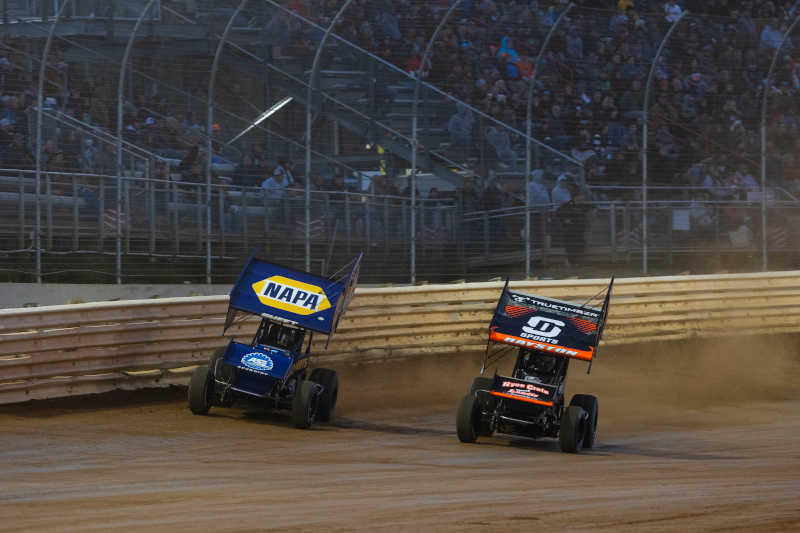 In the dash draw, Sweet pulled the #4 pill, slating him fourth to start the six-lap dash, which gave the NAPA driver an opportunity to improve his starting position in Saturday night’s feature. Sweet ripped the top when the dash went green, quickly claiming third. He fended off multiple charges from fourth-place David Gravel to finish third.

Rolling off from the third spot in the 30-lap A-main, Sweet explored the Port Royal real estate, searching high and low for an effective line. Unable to find a suitable groove, the NAPA driver fell back to ninth, where he ultimately finished. 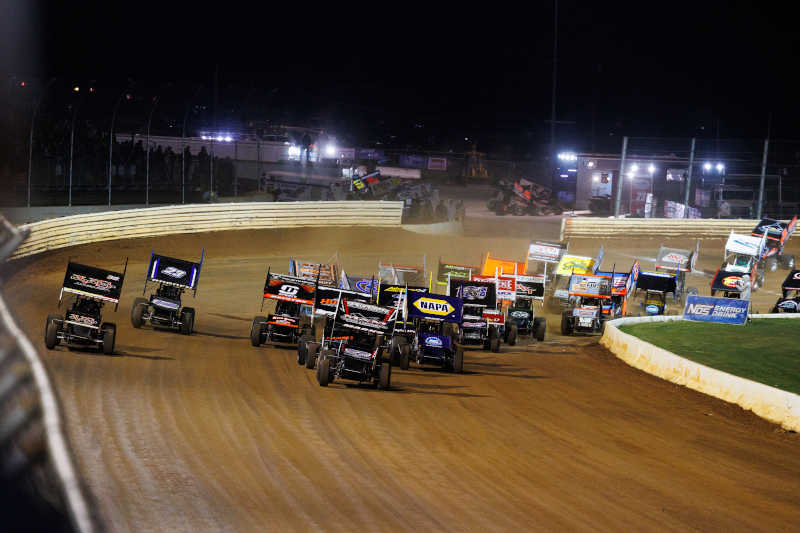 Following the Nittany Showdown, the World of Outlaws series has just six races remaining on the 2022 schedule, two of which are hosted at the World Finals in Charlotte. The team now heads back to Charlotte to regroup before heading to I-80 Speedway and Lakeside Speedway next weekend.

Next Race: Friday, Oct. 14, I-80 Speedway, Greenwood, NE
How to Watch or Listen: www.dirtvision.com