Chase Elliott raced his way to an 11th-place finish in the second race of the 2017 Playoffs at New Hampshire Motor Speedway.

Elliott and the No. 24 Kelley Blue Book team started 14th in Sunday’s second race of the 2017 NASCAR Cup Series Playoffs. The second-year driver ended the opening 75-lap stage in 17th after reporting that his car was too tight. 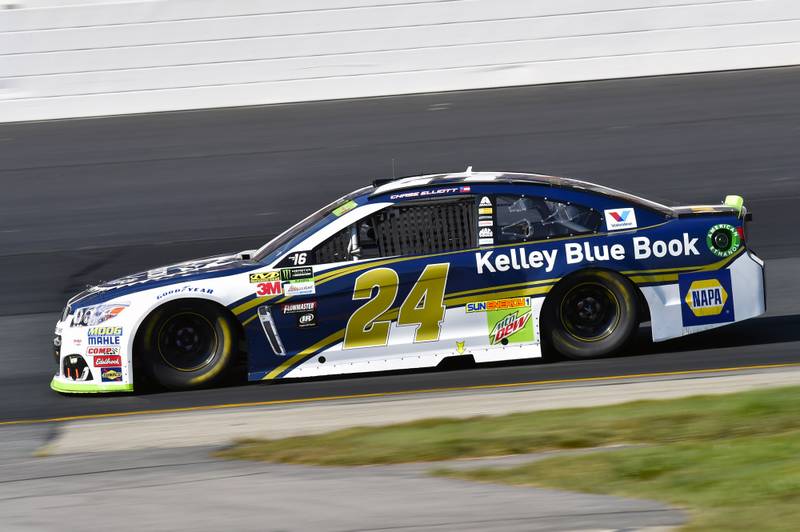 After a pit stop for four tires, fuel and chassis adjustments to improve the handling conditions on the Kelley Blue Book Chevrolet, Elliott restarted 14th to begin Stage 2. The 21-year-old driver gained one position during the stage for a 13th-place finish at Lap 150.

A quick pit stop by the No. 24 team allowed Elliott to restart ninth for the final stage at the 1.058-mile oval. Elliott was scored 11th on Lap 221 when the caution flag waved. 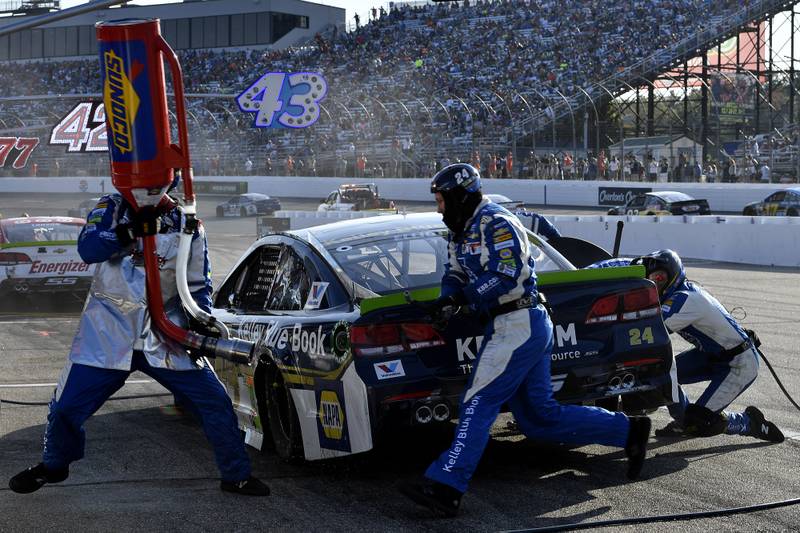 The Dawsonville, Georgia, native pitted for fresh tires and fuel, and took the ensuing restart 11th. Elliott continued to maintain the 11th position when the yellow flag was displayed once again at Lap 274. The No. 24 driver restarted 10th with 23 laps to go.

He fought to hold his position, but ultimately finished just outside the top 10 in 11th.

With the result, Elliott ranks ninth in the NASCAR Cup Series Playoff standings heading into the Round of 16 cutoff race next Sunday at Dover International Speedway. The No. 24 team holds a 26-point advantage over the 13th-place driver. 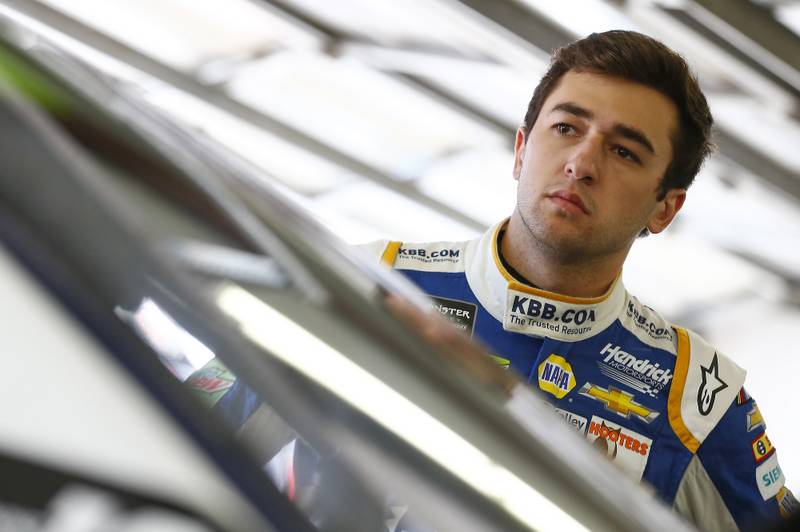