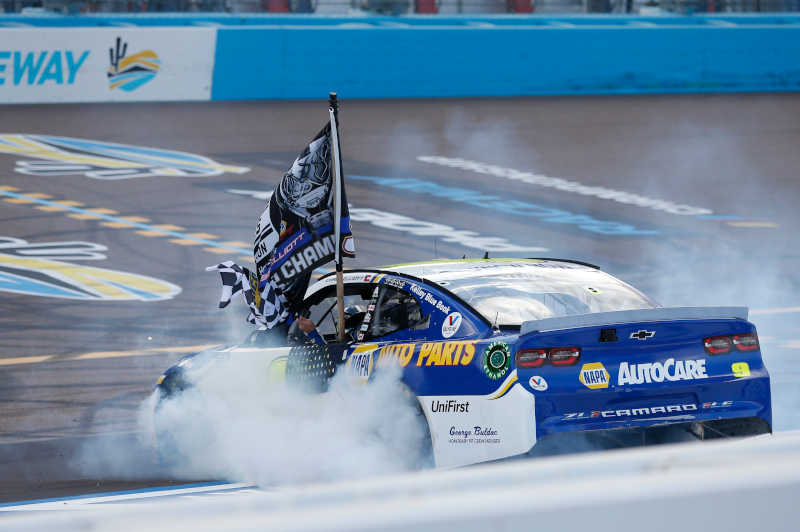 In the 2020 NASCAR Cup Series season finale, Elliott and the NAPA AUTO PARTS team started from the rear of the field after an issue during pre-race inspection. Despite the initial setback, Elliott climbed into the top 20 by Lap 10 and found his way into the top ten by the time the competition caution waved on Lap 31. Shortly after the Lap- 41 restart, the NAPA Chevy cracked the top five for the first time on Lap 41. When the Stage 1 ended on Lap 75, he was all the way up to third. 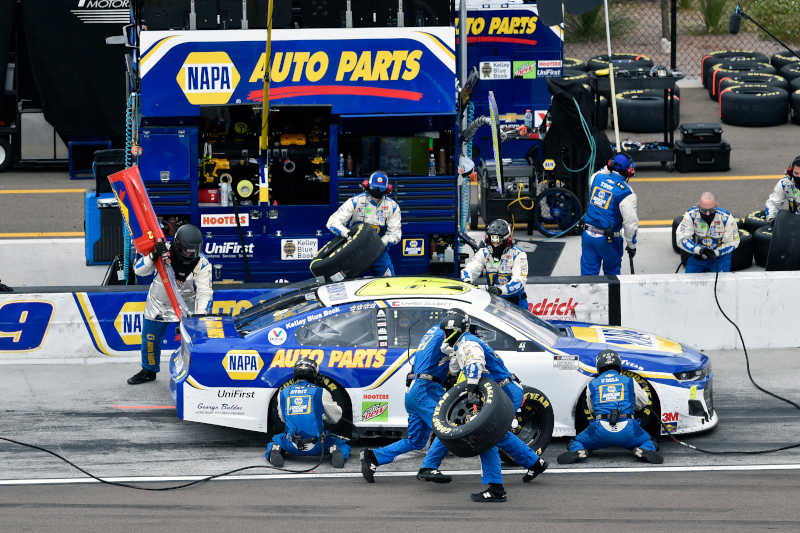 During the stage break, Elliott visited pit road for four tires and fuel and exited pit road in third, where he would line up for the ensuing restart on Lap 84. The NAPA driver patiently sized up the front two cars and eventually grabbed the lead on Lap 120. Following a round of green-flag pit stops, the Dawsonville, Georgia, native was back in the lead until a caution on Lap 161 brought everyone to pit road once again. The NAPA team executed a flawless pit stop, but Elliott restarted second after another driver opted to change only two tires. It took less than two laps for Elliott to retake the lead, but he found himself in a hardnosed battle with championship-contender Brad Keselowski for the top spot in the closing laps of Stage 2. The No. 9 Camaro ultimately crossed the line second when Stage 2 ended on Lap 190. 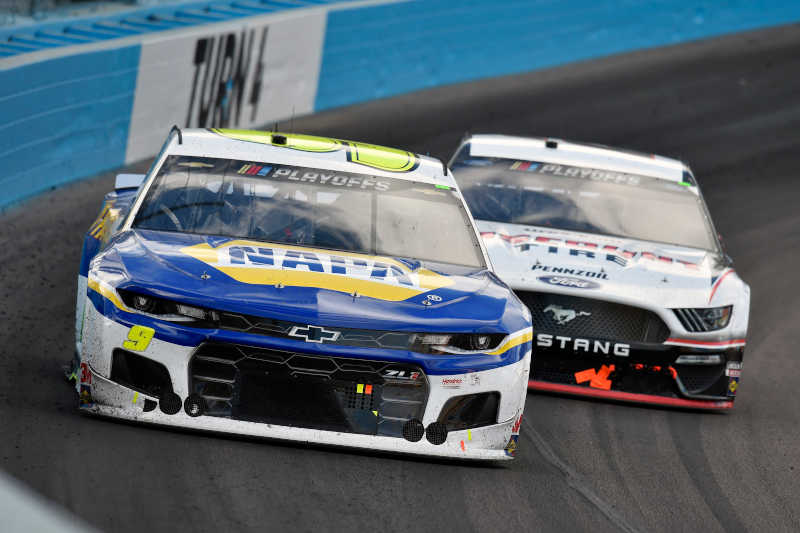 Thanks to a clean pit stop during the stage break, Elliott kicked off the final stage as the race leader. He maintained the lead for the first half of the final stage before a round of green-flag pit stops. Championship-contender Joey Logano pitted several laps earlier than the No. 9 driver and utilized the laps on fresher tires to pass Elliott. After pitting, Elliott wasted no time reclaiming the lead from Logano and stretched his lead to more than three seconds. Elliott held on to the lead and captured the victory to earn his first career NASCAR Cup Series championship. 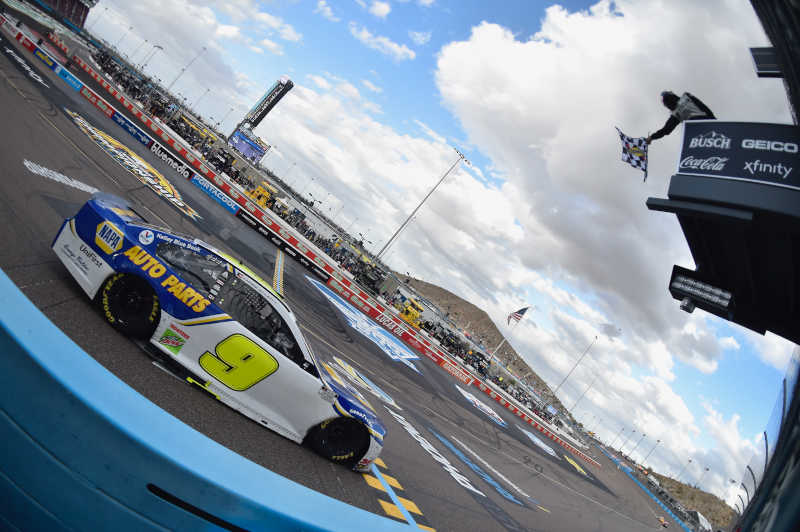 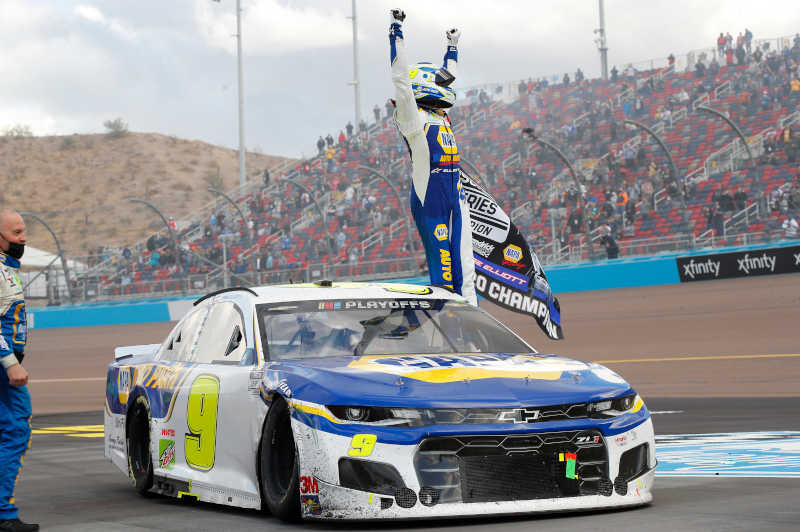 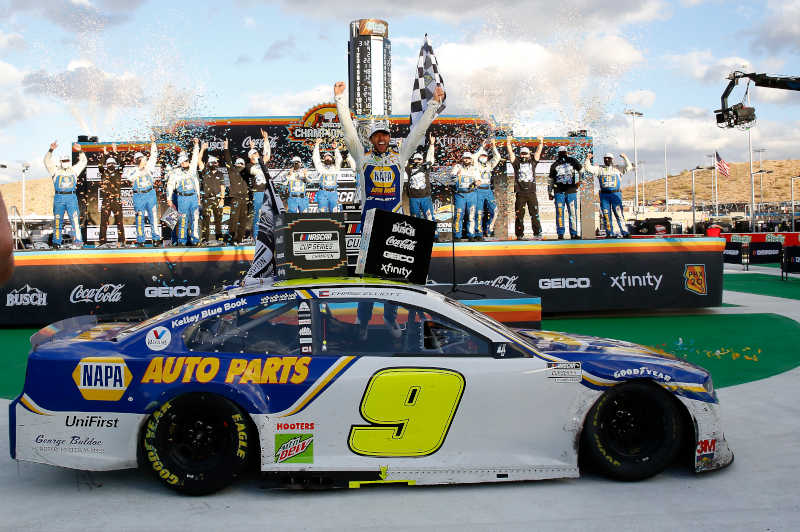 The championship is also the first for crew chief Alan Gustafson. It was Gustafson’s second appearance in the Championship 4 after he called the shots for NASCAR Hall of Famer Jeff Gordon in 2015. 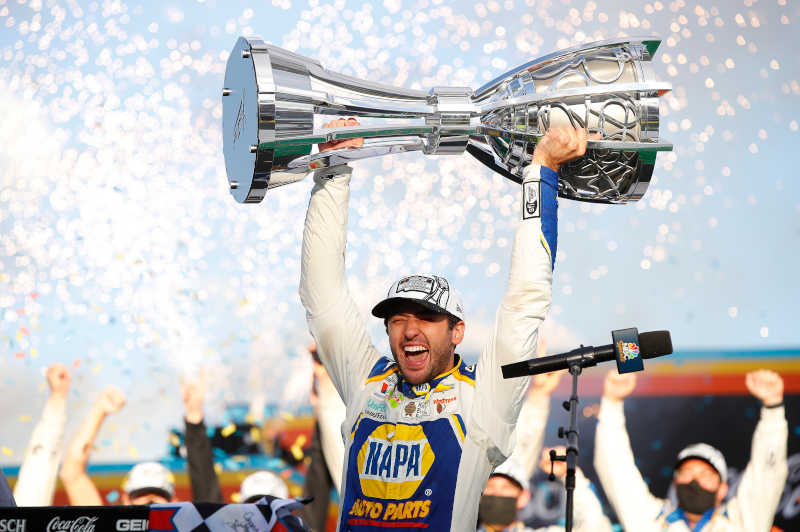 Elliott dominated the playoffs by leading all playoff drivers in wins (three), laps led (717), points earned (404) and stage points (110) in the post-season races. 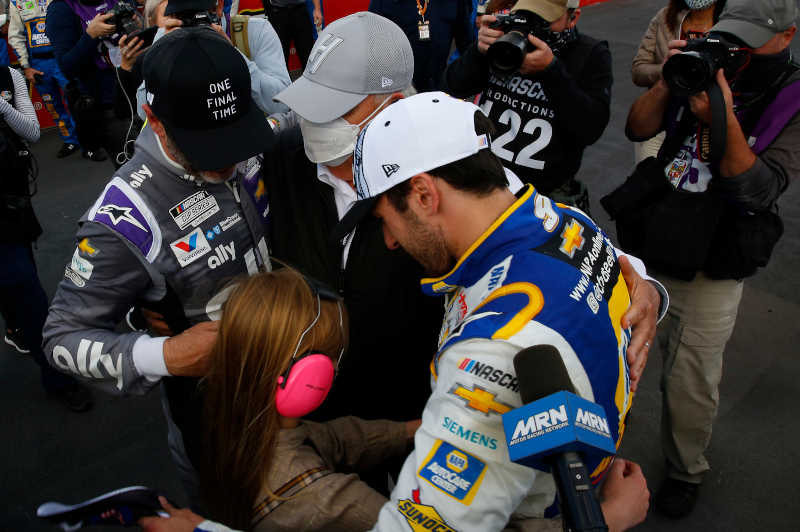 The accomplishment Sunday night not only marked Hendrick Motorsports’ 13th title – the most of any Cup Series team in history – but its 47th playoff win, which is 17 more than the next-closest organization. 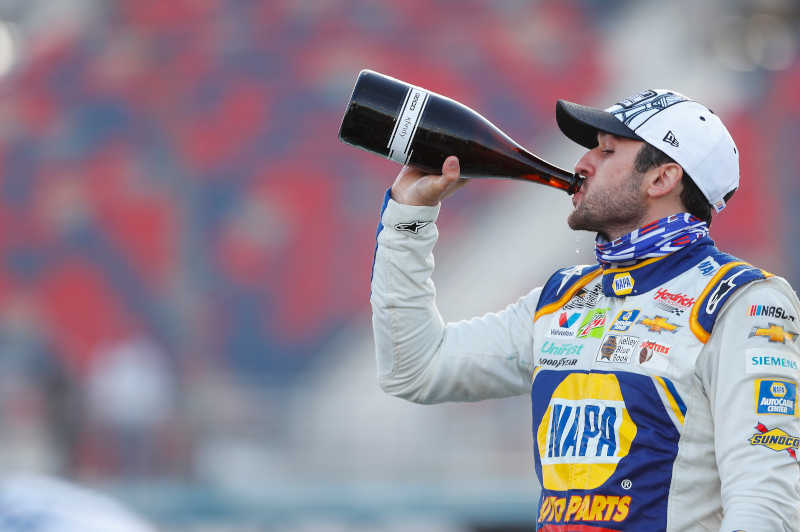 “All you can dream for is an opportunity,” Elliott said. “I’ve been very fortunate to have that over the years. You know, and that’s all thanks to some great people. My parents obviously have played a huge role. So many people to thank. Mr. Hendrick, for taking a chance on me and believing in me when a lot of people didn’t. I think it really says a lot about him. And then to have a championship sponsor like NAPA, all of our partners, and Chevrolet, huge thanks to Team Hendrick and everybody at our shop that peaked at the right time. That’s all we can ask for.”