It was a weekend to celebrate for Brad Sweet and the NAPA AUTO PARTS Kasey Kahne Racing (KKR) team as they earned the 2020 World of Outlaws Sprint Car Series Championship. 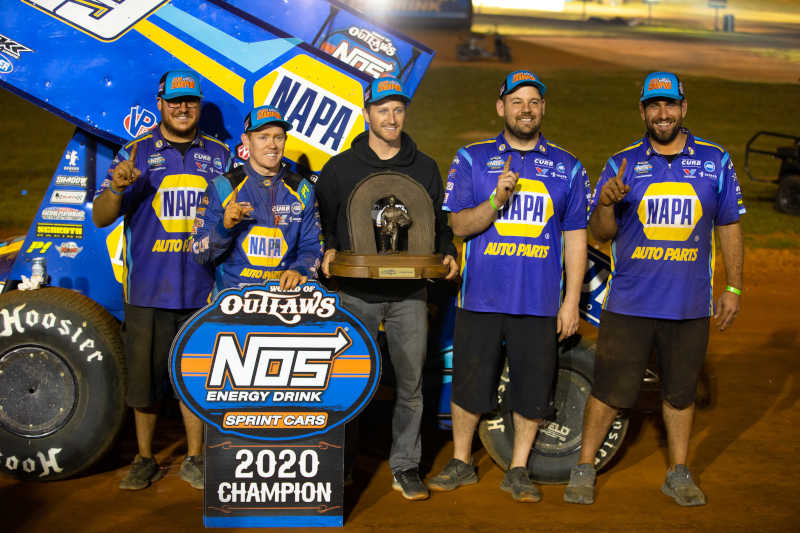 While there was a sizable point margin between championship contenders heading into the weekend, the No. 49 KKR team knew there was a lot on the line as they prepared for the Last Call at The Dirt Track in Charlotte. With 35 cars entered into the event, there were two flights of qualifying on Friday evening. Sweet qualified fourth quick in the second flight and started his heat race from the second position. During the eight-lap heat race, the No. 49 made a pass on Sheldon Haudenschild to claim the victory and move on to the Fast Pass Dash. Sweet lined up fourth for the Dash after the random draw and lost one position during the race, lining him up fifth for the start of Friday’s Feature race. 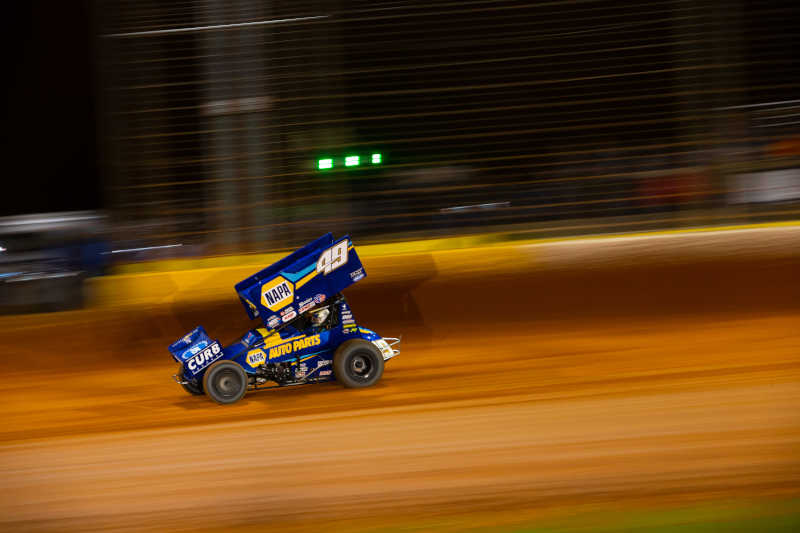 Sweet held his own in fifth until the first caution of the night came out on lap five. The NAPA AUTO PARTS car was scored fourth after the restart as Sweet held off Donny Schatz for several laps. With ten laps to go, Schatz finally made his way around the No. 49, but the pair continued to battle. In the process, they made their way around the third-place car of Carson Macedo. Sweet maintained the fourth position for the remainder of the feature. When he took the checkered flag on Friday night, he clinched the 2020 Championship title. While relieved to have the driver Championship title locked up before the season finale, Sweet still had one more thing to accomplish: the 2020 Team Championship title. 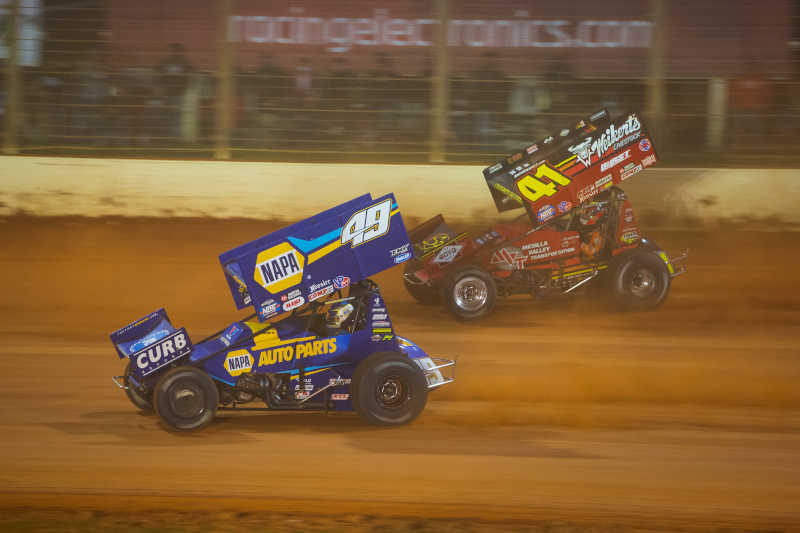 “I don’t feel like the job is complete,” said Sweet. “Being a two-time Champion is something that is really special to me. It puts me up there with some really great drivers, but I think the team championship is just as important to our guys, to me, to Kasey [Kahne]. The job is half-done right now. If we are able to get the team championship, then I think it will show that we were able to overcome a lot of adversity this year.” 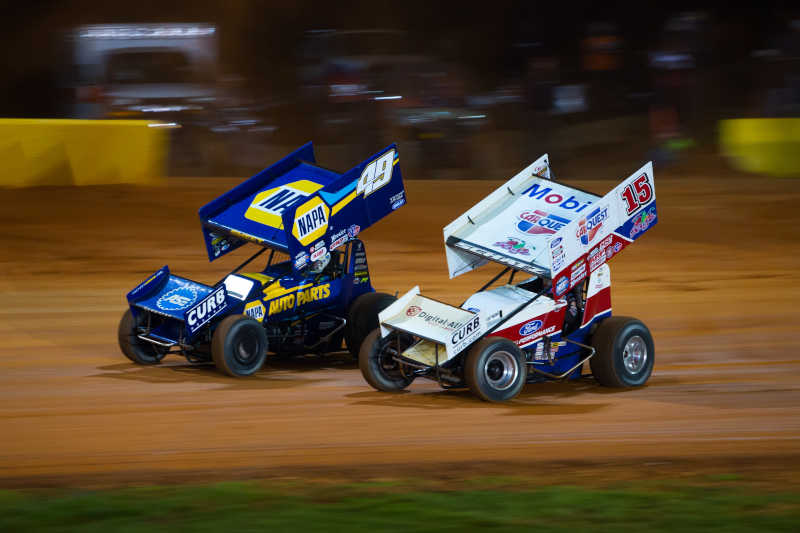 The NAPA AUTO PARTS team knew that they needed a flawless race on Saturday as the World of Outlaws took to the track for the final time in 2020. With a 22 point lead in the standings, Sweet would need to finish within ten spots of Jason Johnson Racing’s David Gravel to earn the team championship title. After qualifying, the KKR team was scored third quick in their flight and lined up second, behind Gravel, in the heat race. Sweet wasn’t able to pass him during the eight-lap heat; he went on to finish second. It seemed to be Sweet’s lucky night as he drew the one pill in the random draw and started on the pole for the Fast Pass Dash. He claimed the lead on the initial start of the six-lap Dash and never looked back, earning the pole for the start of Saturday’s feature. When the race went green, Sweet jumped to the lead, but Logan Schuchart was not far behind. Schuchart challenged Sweet until he completed a slide job on lap three to take the top spot. A caution came out on lap 19, giving Sweet a chance to regain the lead, but he couldn’t complete the pass on the restart. Sweet continued to close in on Schuchart for the remainder of the race but was forced to settle with a runner-up finish in the season finale. 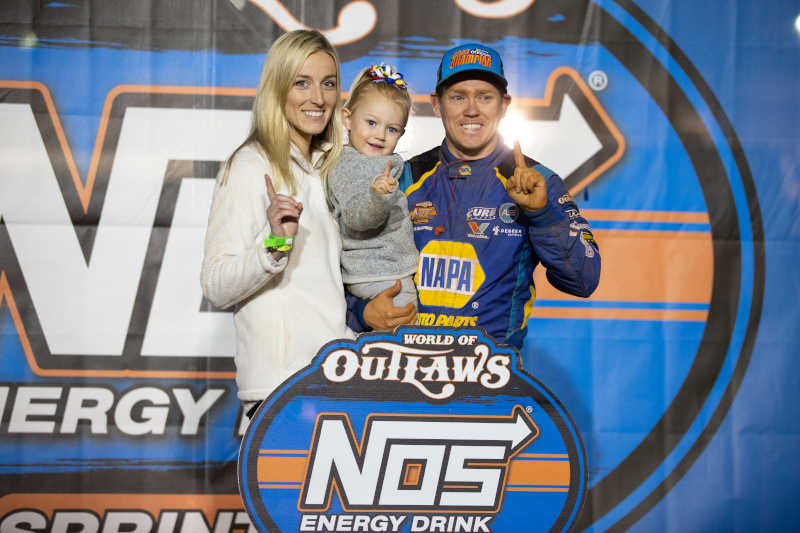 “We overcame a lot of adversity to have four DNFs and to still win the points,” said Sweet following the finale. “I thought we showed our resilience this week and we came here and executed, I thought, perfectly.” 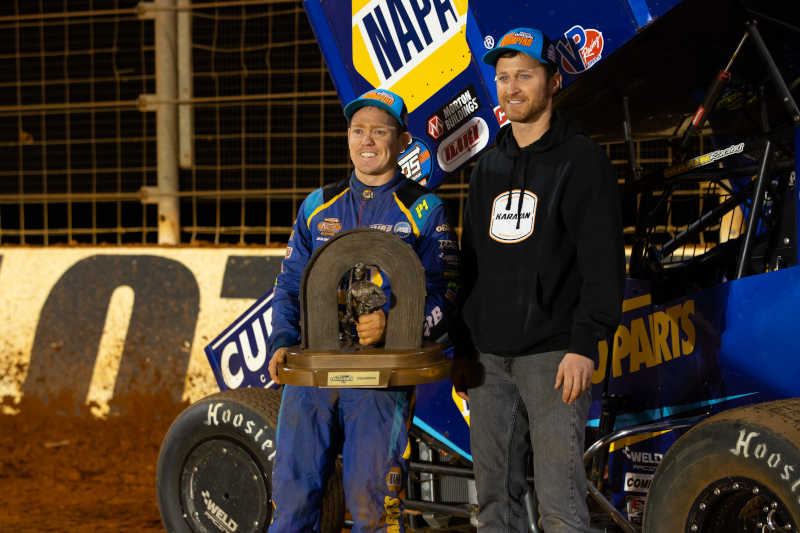 During the 2020 season, Sweet parked his NAPA AUTO PARTS car in Victory Lane eight times. He had 37 top-five finishes and took the checkered flag inside the top ten in all but eight races. It was a challenging but rewarding season for the KKR No. 49 team as they walk away with team and driver Championship honors. 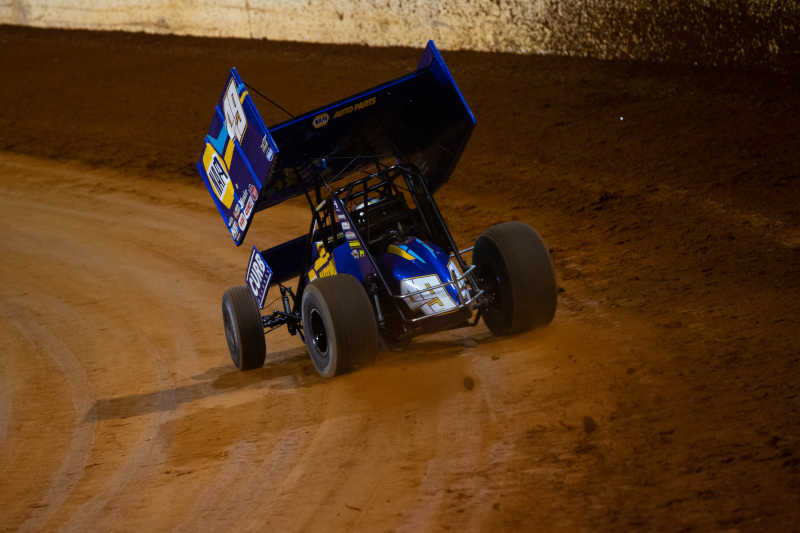