Chase Elliott proved to be a factor in Sunday’s race at Las Vegas Motor Speedway, leading 70 laps and winning both Stage 1 and Stage 2. Unfortunately, a flat left-rear tire sent Elliott into the wall, causing enough damage to put him a lap down and ultimately finish 26th. 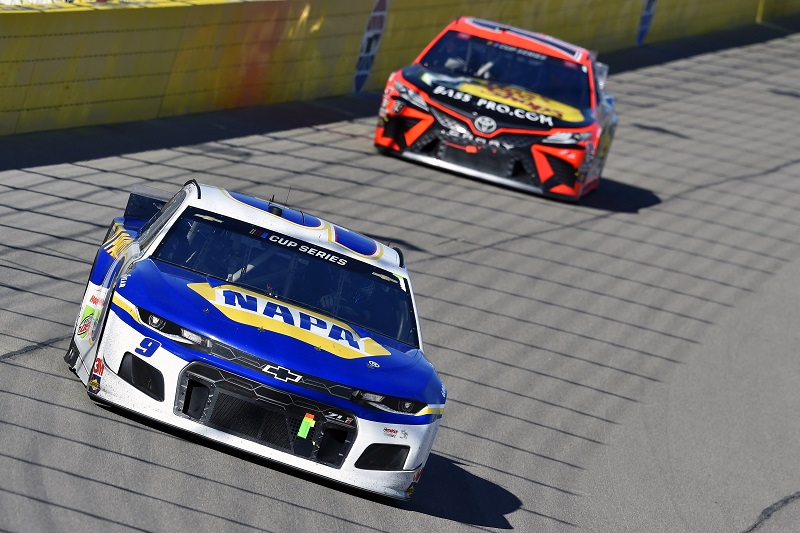 Elliott and the NAPA AUTO PARTS team started Sunday afternoon’s 267-lap event from the 10th spot. By Lap 18 Elliott had made his way into the top five, and when the competition caution came out on Lap 25, he was up to fourth. 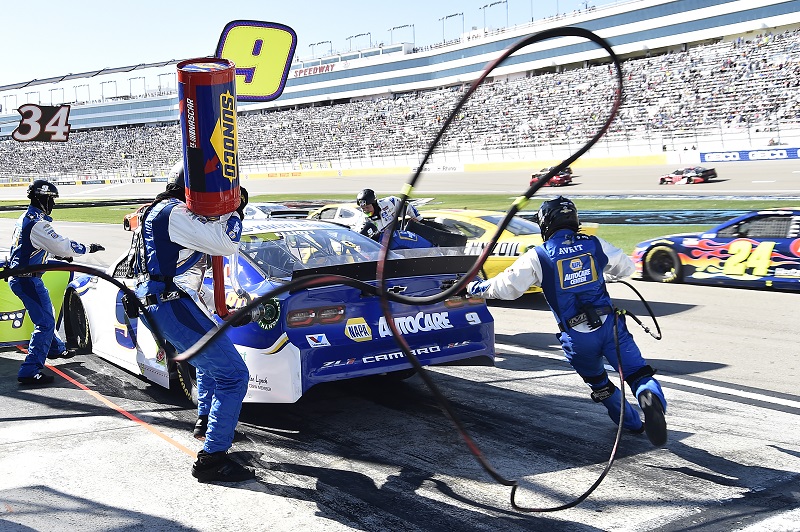 A quick pit stop by the NAPA team restarted Elliott in third on Lap 30. The driver of the No. 9 found his groove and on Lap 67 he took the lead for the first time . Elliott was able to maintain the lead until the green checkered flag waved to end Stage 1 – the No. 9 team collected their second stage win of the season. 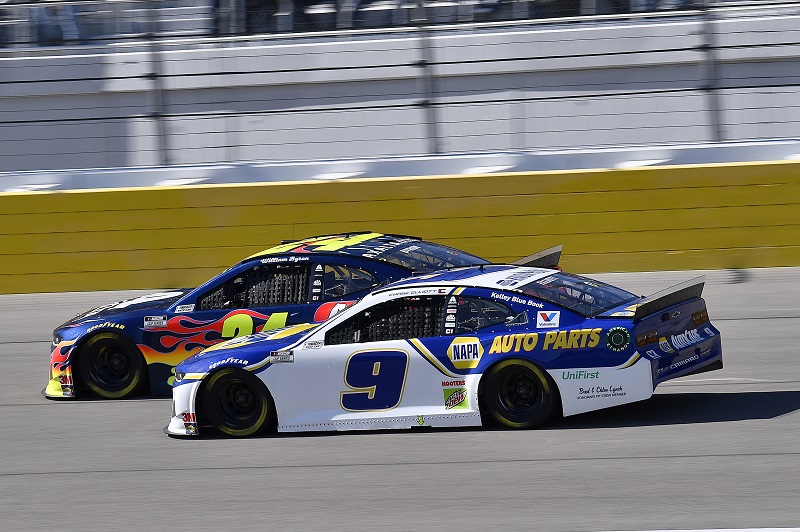 During the stage break, Elliott pitted for four fresh tires, fuel and to add tape to the grille. The No. 9 team restarted Stage 2 with the lead on Lap 87. During the ensuing restart, Elliott went three wide and lost his momentum, falling a couple positions, but by Lap 103 he retook the lead. 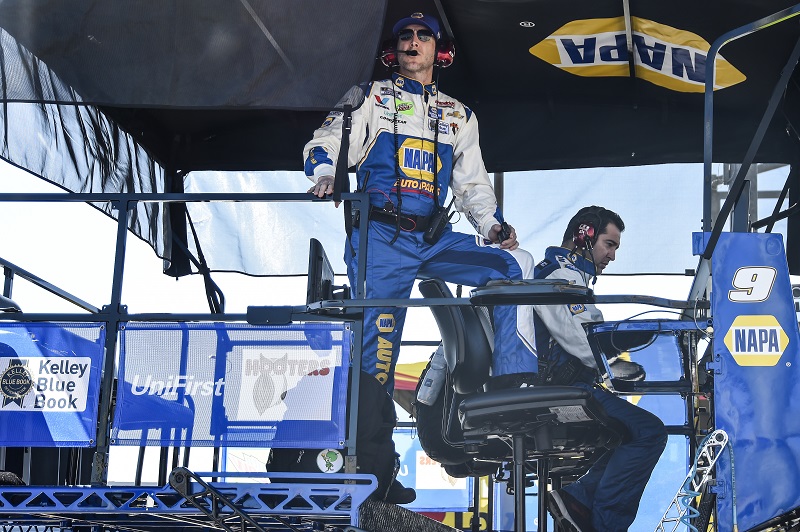 Crew chief Alan Gustafson radioed to Elliott to make a scheduled green-flag pit stop on Lap 122. Elliott reported that his NAPA Chevrolet was a “little freer” than the first run, but overall, he was pretty happy with the handling. As the scheduled stops cycled through, Elliott regained the lead on Lap 145, and on Lap 160 he captured the Stage 2 win. 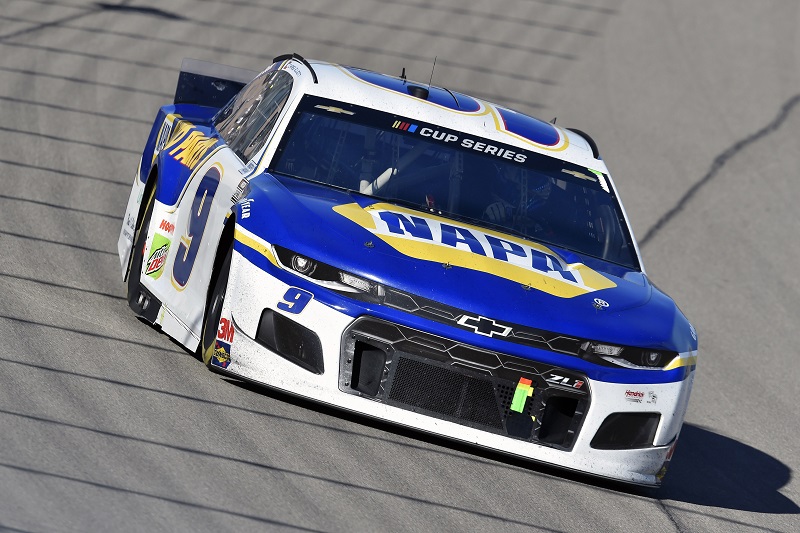 Elliott came to pit road during the stage break with the lead and exited second. After yet another three-wide restart, Elliott fell to ninth after getting caught in the high line with no help. Once Elliott was able to reestablish his momentum, he began making up ground and was back in first on Lap 205. 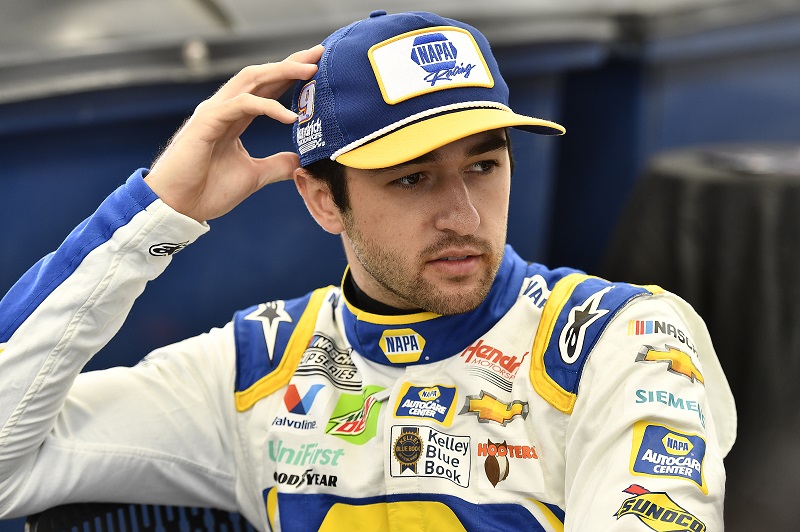 After a scheduled green-flag pit stop on Lap 217, Elliott’s left-rear tire went flat due to an issue with the valve stem. The issue sent him into the outside barrier resulting in a caution. The No. 9 team was forced to make multiple pit stops to repair the damage. He fell to 27th and ultimately finished the day in 26th.