Chase Elliott finished 31st at Darlington Raceway after an on-track accident ended his night early in the opening race of the 2021 NASCAR Cup Series Playoffs. 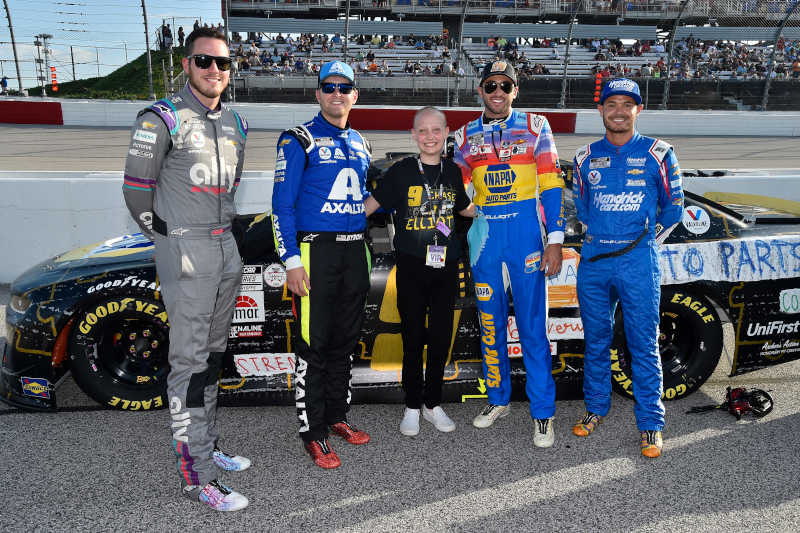 Elliott started fourth for Sunday night’s Playoff opener. He was up to third by lap 11 before the first caution of the race was displayed. After staying out on track during the caution, Elliott restarted second but slipped back to seventh by the time the competition caution waved on lap 26. The driver of the No. 9 reported that he was battling loose-handling conditions before visiting pit road. As Elliott exited his pit box, he clipped another driver’s tire on pit road and damaged the left-front fender of the NAPA Chevy. He had to make a second pit stop for repairs and restarted 33rd on lap 30. 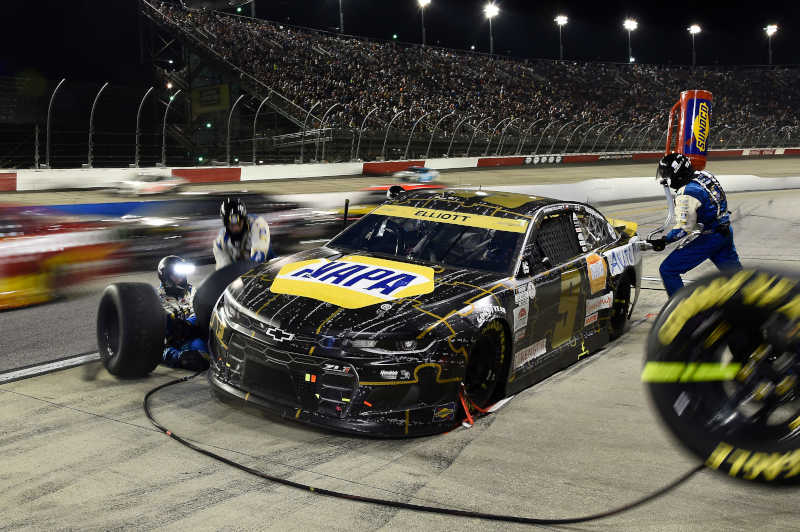 Elliott was back inside the top 20 on lap 47 when yet another caution flag waved. A quick pit stop vaulted Elliott up to 16th for the ensuing restart on lap 53. The NAPA team continued their march forward as Elliott broke into the top ten on lap 88. Elliott reported that he wore his rear tires out and slipped one spot to finish stage one in 11th. 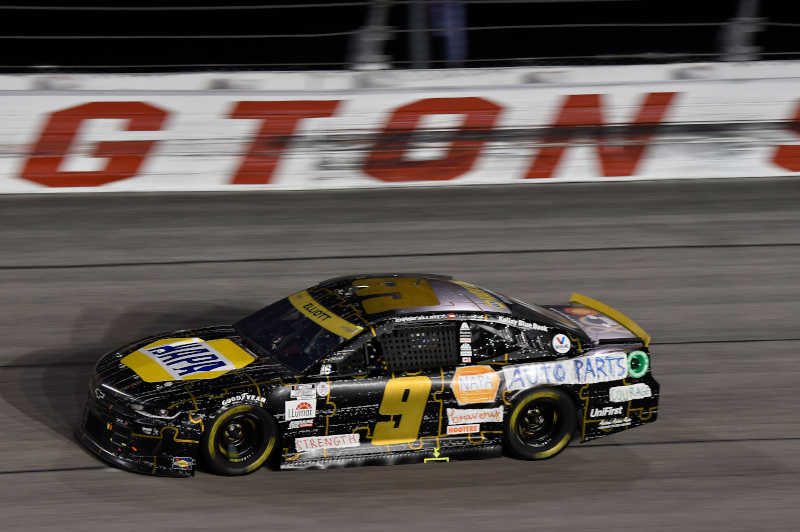 During the stage break, the reigning Cup Series champion visited pit road for a scheduled stop and lined up tenth for the start of the second segment. He moved into ninth place on lap 135 and remained there until he pitted under green on lap 158. A caution waved before the entire field could cycle through their green-flag pit stops. Unfortunately for the No. 9 team, Elliott was trapped one lap down, but was able to take the wave around to rejoin the lead lap prior to the restart. Following the restart, the Dawsonville, Georgia, native continued to maneuver inside the top ten and took the green-checkered flag in eighth when stage two ended on lap 230. 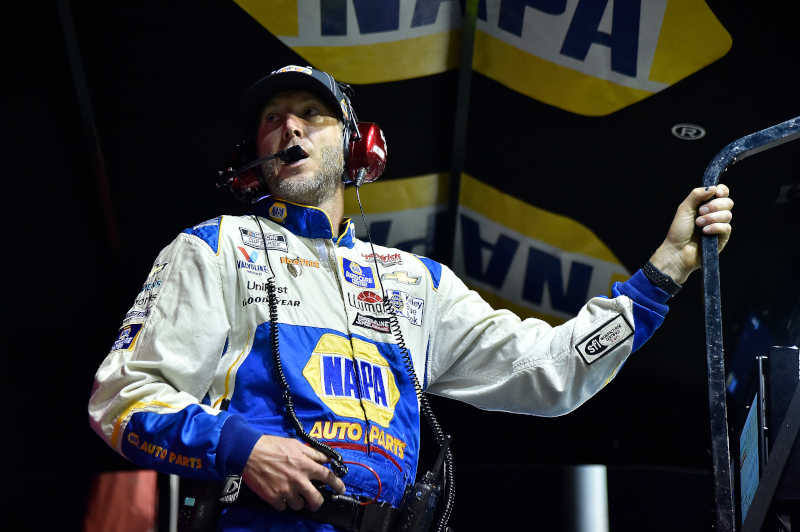 Elliott lined up sixth to begin the final stage and broke into the top five on lap 251. The NAPA team continued to run inside the top five following a round of green-flag pit stops. Elliott reported that the handling of his Camaro was tightening up. He was scored eighth when another caution flag waved on lap 319. A miscommunication resulted in Elliott missing pit road and eventually coming in a lap later than the other leaders. Not long after the restart, Elliott was squeezed into the turn four wall while racing three-wide. The contact cut his left-front tire and sent him hard into the turn one wall. The resulting damage was enough to end the No. 9 team’s night early with a 31st-place finish. 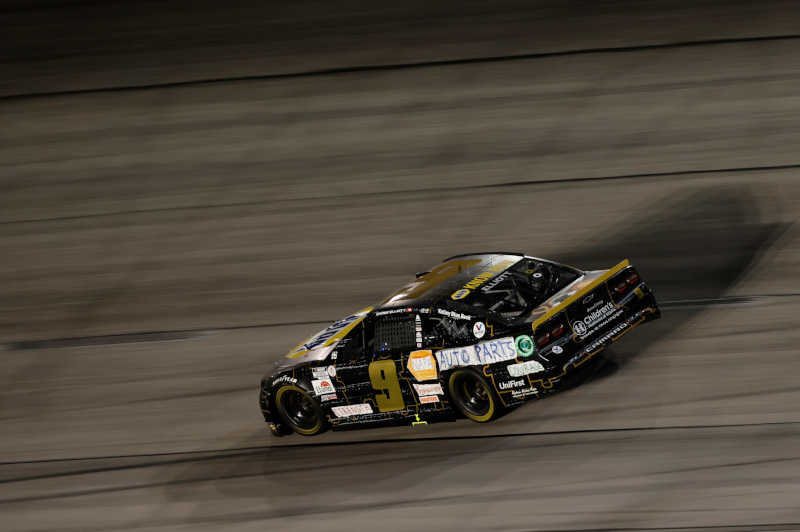 “On my end, just made way too many mistakes,” said Elliott. “That’s what you deserve when you make that many mistakes. Onward. I just really appreciate NAPA for letting us run this special scheme and making it a special weekend for some of these kids from Children’s (Healthcare of Atlanta).” 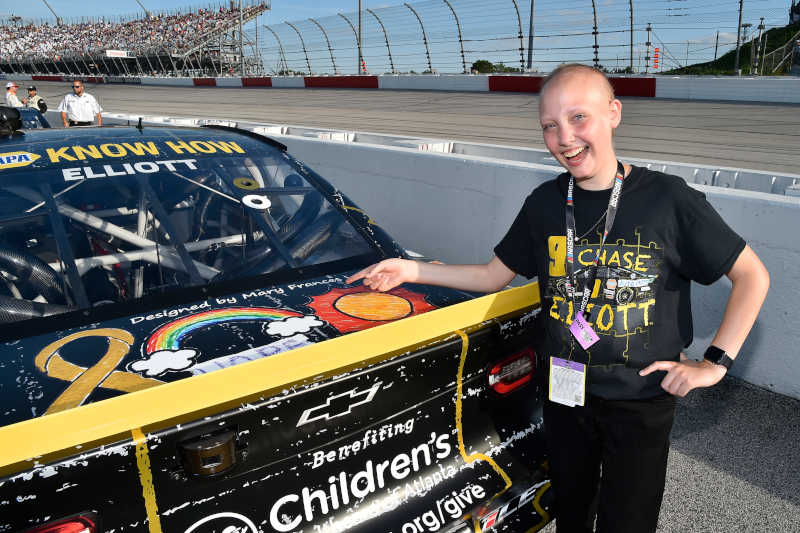