The World of Outlaws NOS Energy Drink Sprint Car Series descended upon the state of Washington for four straight nights of action over the Labor Day weekend, beginning with three nights at the Skagit Speedway in Burlington and concluding with a stop at Grays Harbor Raceway in Elma. 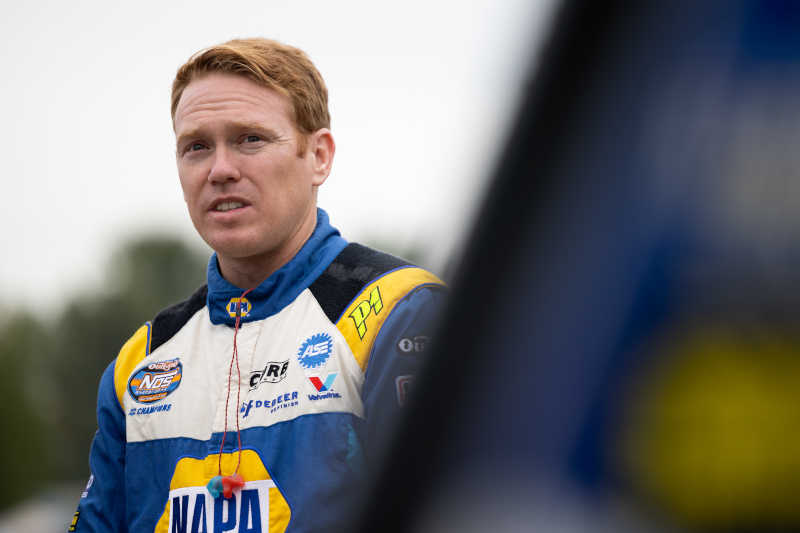 Friday night served as the opener for the Sage Fruit Skagit Nationals. Sweet, the defending champion and current points leader, started the night with a 14th-place qualifying effort. He started fifth in his heat race and was able to advance one position to fourth in the ten-lap preliminary event, which slated the No. 49 team to start tenth in the 30-lap feature. Sweet searched all over the 3/10-mile bullring for speed, and when the checkered flag flew, he was in fifth. Kasey Kahne Racing (KKR) teammate James McFadden picked up his second victory of the season and secured KKR’s status as the winningest team at the Washington oval. 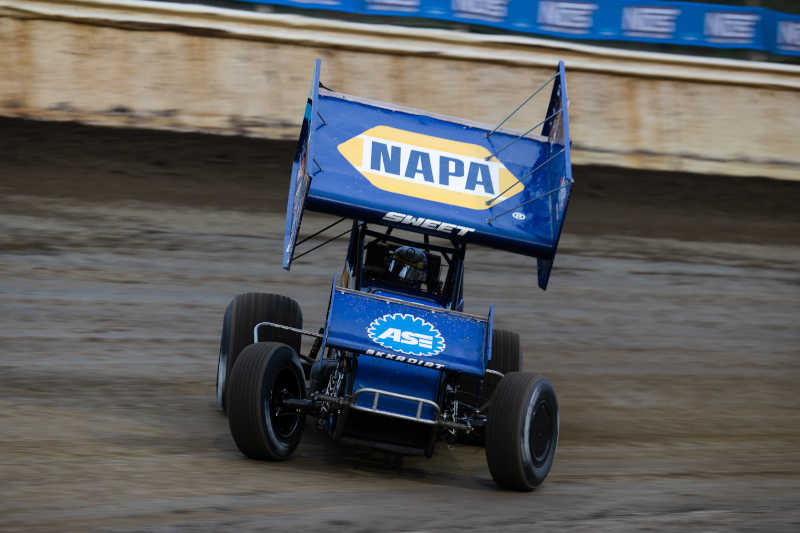 On Saturday evening, Sweet started his night off significantly better, with a second-place qualifying time. By way of his qualifying lap, the California native started on the pole and led wire to wire in his ten-lap heat race. He started and finished third in the DIRTVision Fast Pass Dash and set himself up to roll off on the inside of the second row for the 30-lap main event. 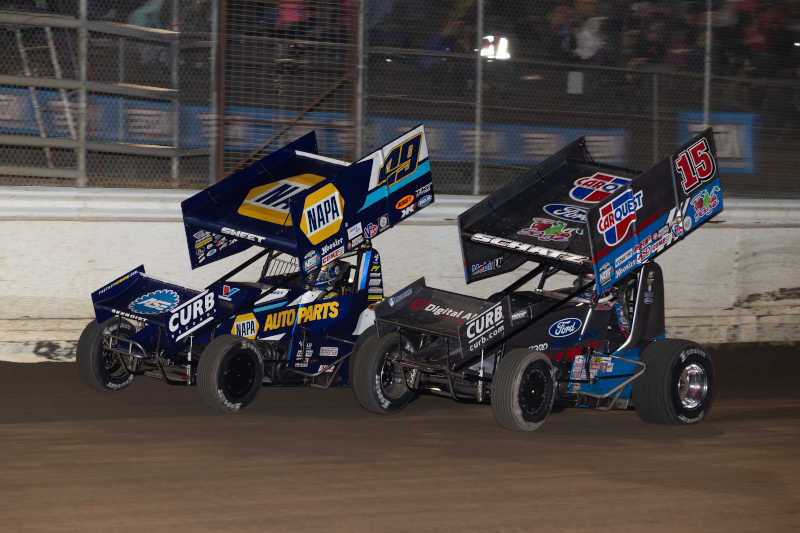 At the drop of the green flag, Sweet settled into third and began searching high and low for a path to mount his charge forward. A huge run out of turn two on lap 12 allowed Sweet to slide by Donny Schatz for second and set his sights on leader David Gravel. Navigating lapped traffic and ever-changing track conditions, the NAPA AUTO PARTS No. 49 caught the leader with nine laps remaining and rolled the low line through turns 1 and 2 to take command of the race. Sweet focused forward and drove away, crossing the finish line 2.3-seconds ahead of the field en route to his series best 16th win of the 2021 season. The win marked his first ever at the Skagit Speedway. 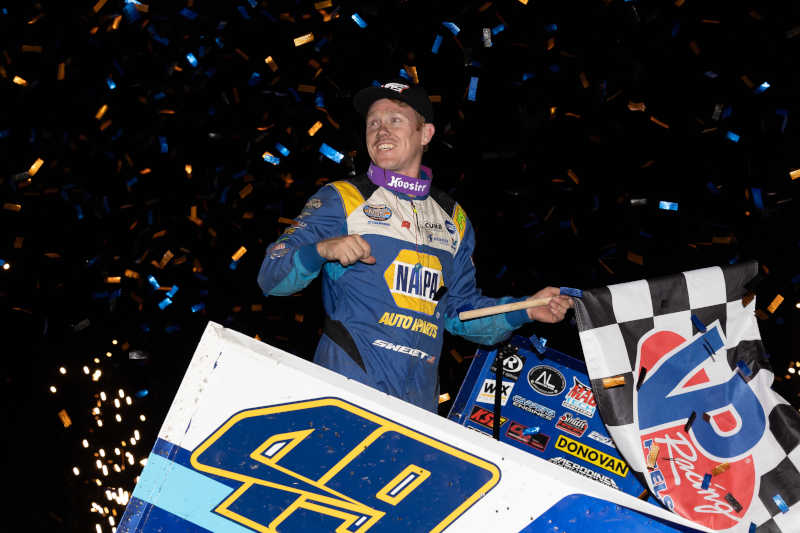 The highlights of Sweet’s thrilling victory of the can be seen on the World of Outlaws YouTube Channel here: http://youtube.com/watch?v=3G2w2G4NK_E. 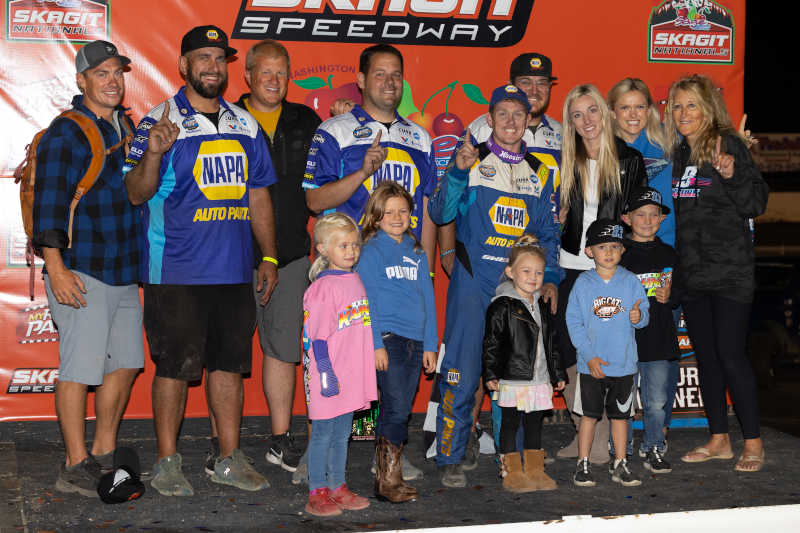 The third and final night of the Sage Fruit Skagit Nationals on Sunday began with a fifth-fastest qualifying time. The No. 49 started second and drove to the win in the second heat race of the night, earning a spot in the dash. Sweet started third and finished fourth in the eight-lap shootout to determine the first three rows of the starting lineup. When the green flag waved, the NAPA AUTO PARTS driver slotted into fourth and maintained there for much of the first half of the race. On lap 23, he exchanged positions with James McFadden and moved into third. The top four cars began to wage war through lapped traffic with 17 laps to go, and Sweet threw a slidejob for second but couldn’t make it stick. In an intense battle to the end, the No. 49 ultimately finished fourth behind Carson Macedo, James McFadden, and Logan Schuchart. 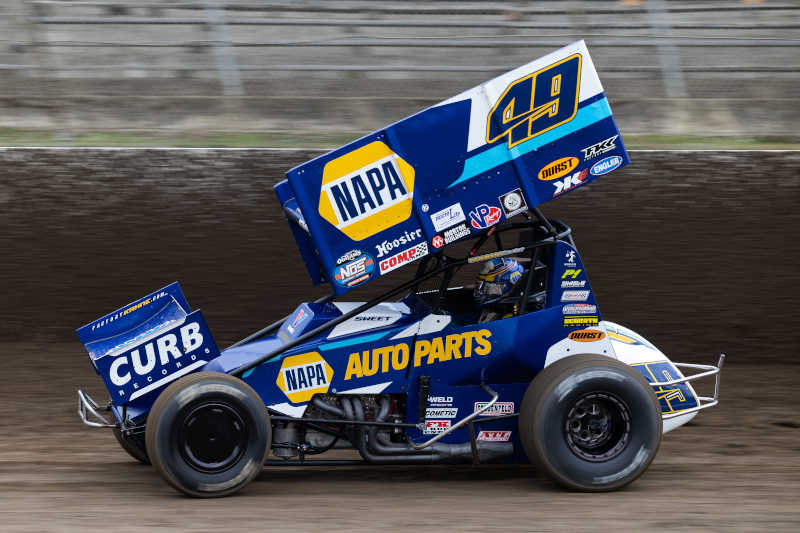 The World of Outlaws NOS Energy Drink Series loaded up and traveled two and a half hours southwest to Grays Harbor Raceway for the final night of the busy, four-race stretch on Monday evening. 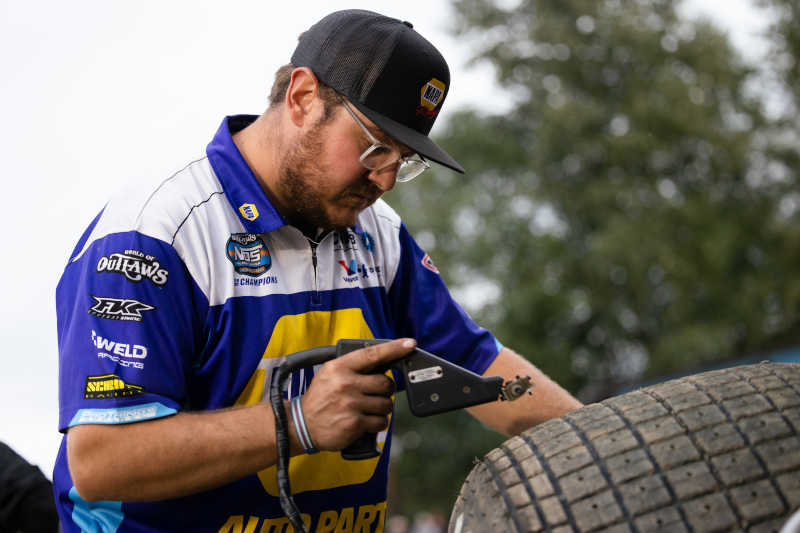 A 12th-place qualifying effort lined Sweet up in fourth in the third heat race of the night. He took advantage of the high-side momentum and rocketed from fourth to second and earned a spot in the dash. After starting third and finishing fourth in the dash, the Grass Valley, Calif., driver started the 30-lap affair from fourth. He ran side-by-side for third for the opening four laps before taking control of the position and going to work on second place. Sweet grabbed second on lap six and held steady there for a while before he was passed with 14 laps remaining. He settled into third and finished there to round out the podium. 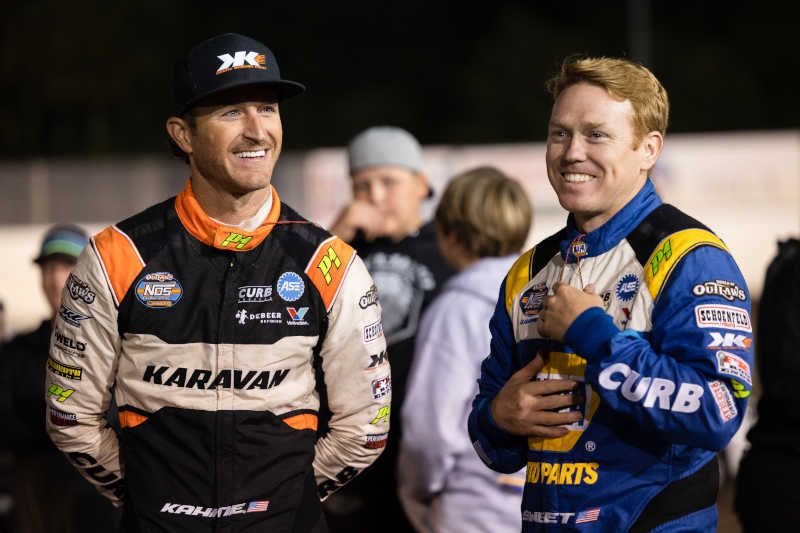 The NAPA team retains a 128-point lead over David Gravel as the series sets its sights on Silver Dollar Speedway in Chico, Calif., for the Gold Cup Race of Champions.