Chase Elliott started Sunday’s NASCAR Cup Series race at New Hampshire Motor Speedway from the second position and led 13 laps on the day en route to a runner-up finish. It was the 26-year-old driver’s fourth consecutive finish inside the top-two, including victories at Nashville Superspeedway and Atlanta Motor Speedway. It was also his best career Cup Series finish at NHMS. Elliott now leads the regular season standings by 67 points over Ross Chastain. 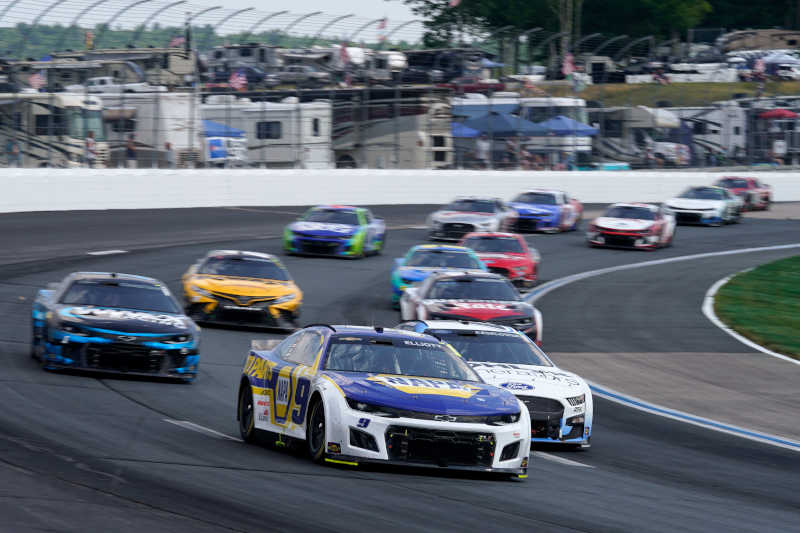 Elliott rolled off the grid from the second position and was scored third when the first caution of the day waved on lap six. Under the yellow flag, Elliott reported that his NAPA AUTO PARTS Chevrolet Camaro ZL1 was free off and edgy on entry. Choosing to restart from the second row on the outside, he settled into the third position for a long, green-flag run and remained there until teammate Kyle Larson made the pass on lap 36, dropping Elliott back to fourth. Shortly after, he reported that his No. 9 Chevrolet was too free after he overbuilt the right rear tire. Despite the tough handling position, the 26-year-old driver held on to fourth to close out the first stage on lap 70. 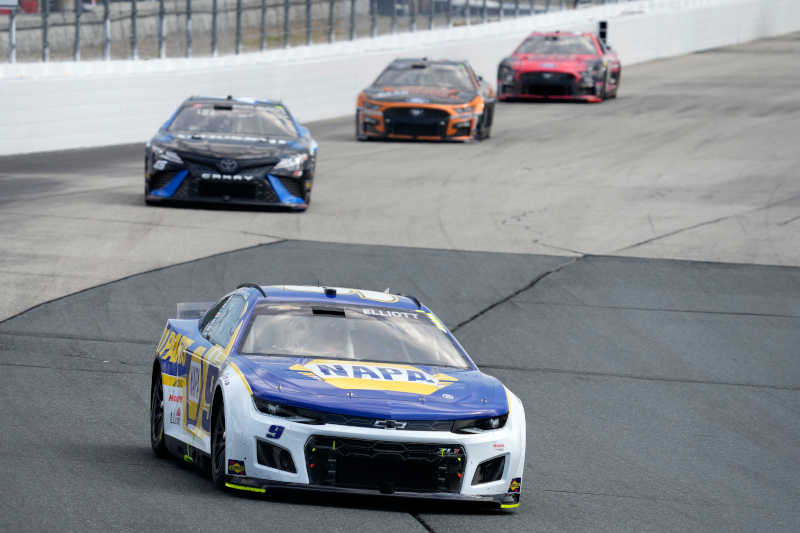 Under the stage-ending caution, crew chief Alan Gustafson called Elliott to pit road for four fresh tires, fuel and adjustments. Back out on the track, Elliott took the green flag for stage two in the eighth position and remained in the same spot through a duo of cautions. Under the second yellow flag on lap 89, the team took the opportunity to pit for right side tires and fuel. Following the stop, the team was unsure if the right rear lug nut had been tightened, so Elliott made a return visit to pit road to check the right rear and change the left side tires. 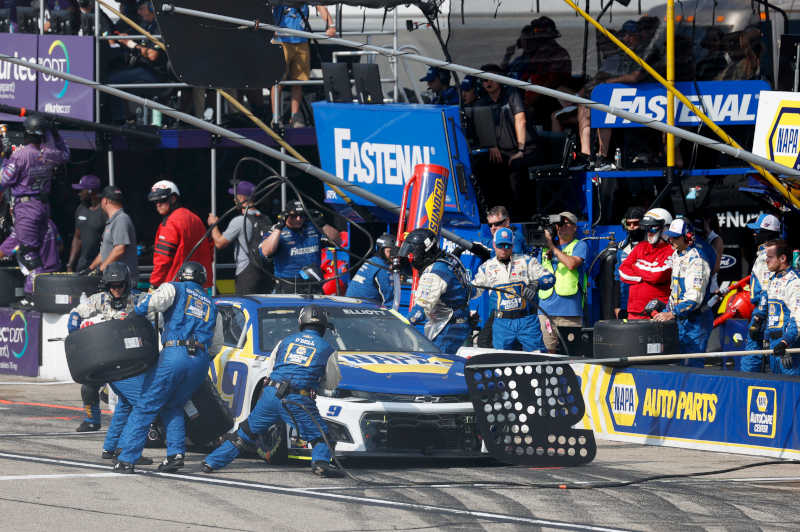 Elliott restarted from 22nd on lap 102. Undeterred by the loss of track position, he methodically worked his way through the field, reaching the top 15 by lap 106 and the top 10 on lap 120. Elliott continued to advance his position and had his NAPA AUTO PARTS Chevrolet up to seventh before the race was slowed for a caution on lap 146. The Dawsonville, Georgia, native relayed that his Camaro was decent that run, but was lacking lateral grip on exit. After pitting for four tires and fuel, Elliott lined up seventh for the restart and improved one position to sixth before the yellow flag was displayed again with 33 laps to go in the second stage. Restarting from the same position, he gained another spot, finding himself back inside the top five. Following another caution, he restarted from the outside lane with 18 laps remaining in the stage and piloted his way to third before the green-and-white checkered flag waved to close out stage two. 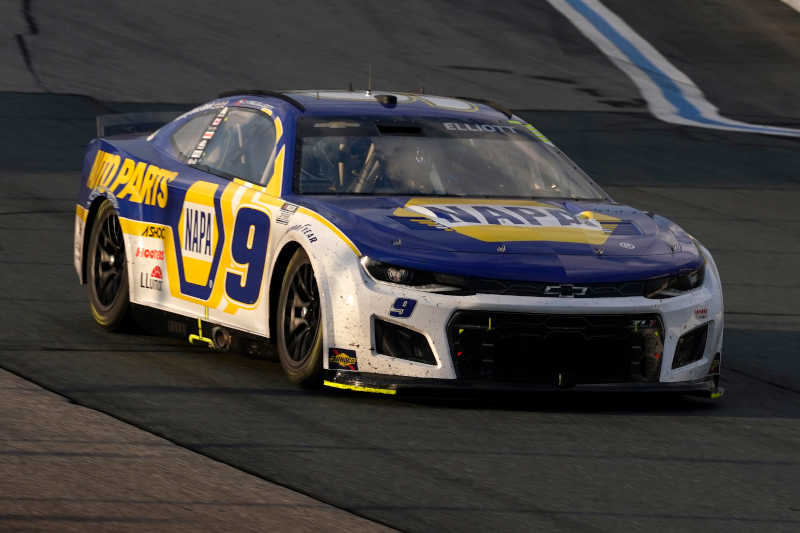 During the stage break, Elliott brought the NAPA AUTO PARTS Camaro to the attention of his crew for four tires and fuel. Lining up fifth for the start of the final stage with 109 laps to go, he made quick work of the cars ahead of him once the green flag was in the air. He was up to second when a caution flag came out with 97 circuits remaining and radioed to the team that his Chevrolet was snug to fire off but liked the way it was headed. Pitting for four tires and fuel, Elliott restarted deep inside the top 10 as teams were on varying strategies. He wasted little time making his way back towards the front, navigating his way to third with 84 laps to go. Eventually closing in on the No. 22 driven by Joey Logano, the two battled for several laps before Elliott made the pass with 58 laps left. Soon after, he was racing side-by-side for the lead, working his way by the No. 45 of Kurt Busch on lap 247. Elliott paced the field for 13 laps before the No. 20 of Christopher Bell ultimately took away the top spot with just over 40 laps remaining. The driver of the No. 9 worked hard to try catch Bell in the closing laps, but he was forced to settle for second place. 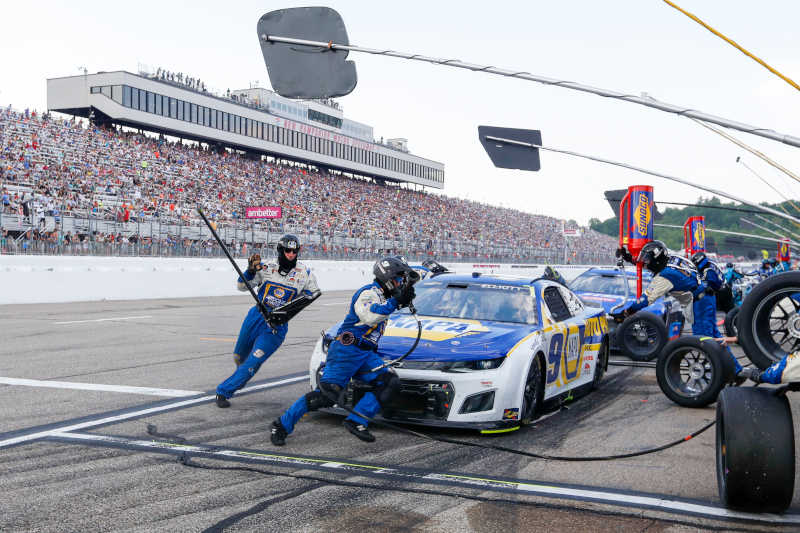 It was Elliott’s fourth consecutive finish inside the top-two, including victories at Nashville Superspeedway and Atlanta Motor Speedway. It was also his best career Cup Series finish at NHMS. He continues to lead the point standings by 67 markers over Ross Chastain. 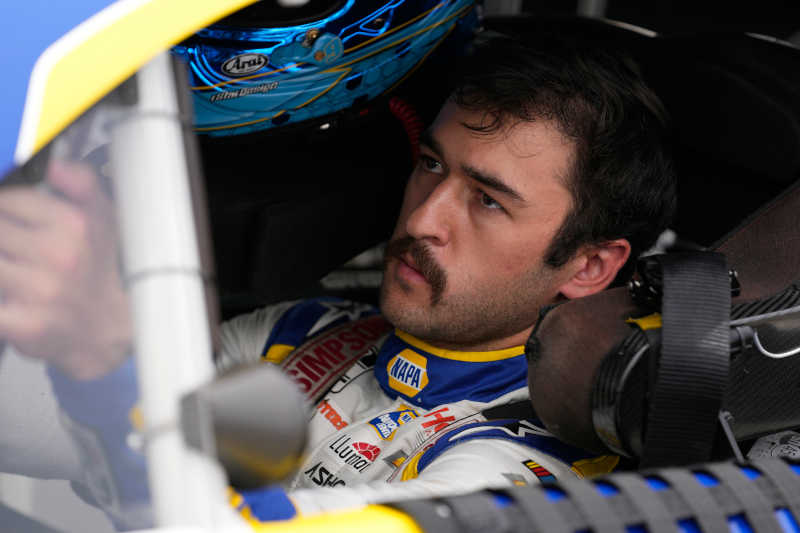 “I just need to do a better job again,” said Elliott. “The same conversation as Road America, unfortunately. I feel like it was a poor run of execution on my end throughout that last run. I feel like it took me awhile to get past Joey (Logano) and the No. 45 (Kurt Busch), and I had to run a little harder than I wanted to. I got in front of those guys, just made a couple mistakes and couldn’t get much breathing room. Christopher (Bell) did a good job. Congrats to those guys. They’ve been close to winning, so that’s cool.”

Next Race: Sunday, July 24, Pocono Raceway
How to Watch or Listen: 3 p.m. ET on USA, MRN and SiriusXM