In his rookie season as a team owner, defending NHRA Funny Car world champ Ron Capps has enjoyed a string of successes, including two wins, one runner-up and four No. 1 qualifiers, and on Sunday at the NHRA Mile-High Nationals, the final event of the first half of the 2022 NHRA season, Capps checked another item on the list by extending his first-round win streak. Through the first eleven events of the year, Capps has advanced to the quarterfinals or beyond at each, and is one of only two drivers in the loaded Funny Car category who can make that impressive claim. 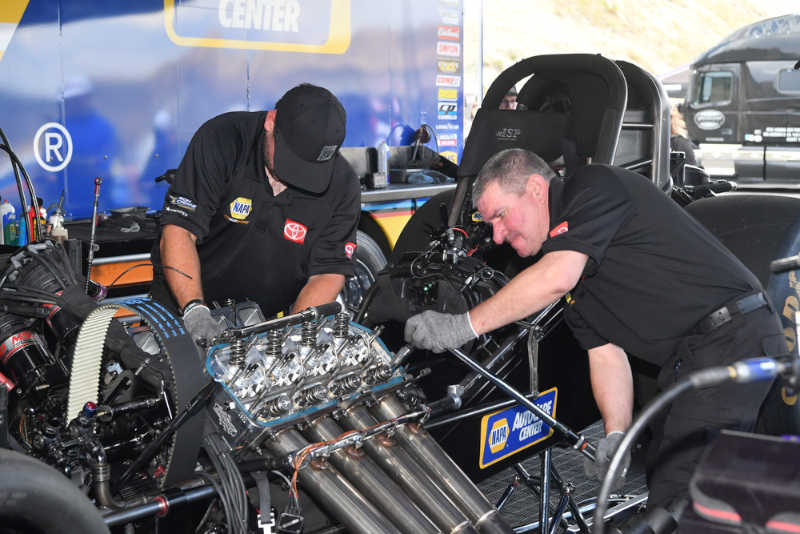 Capps’ race day in Denver began from the No. 5 seed, a position he earned on the strength of his 3.961-second Q4 run, which held up to be third-quickest of the session. The 70-time race winner lined up against Paul Lee in round one of eliminations, and despite encountering issues just passed halftrack, Capps was able to hang on for the win when his opponent suffered tire shake early into the run. The round win earned him a bid into the quarterfinals where he faced Bob Tasca. Looking to avenge his semifinal loss to Tasca from the previous event in Norwalk, Ohio, Capps was quick on the throttle and held the early lead until a loss of traction caused him to slow and Tasca was able to pull ahead for the win. 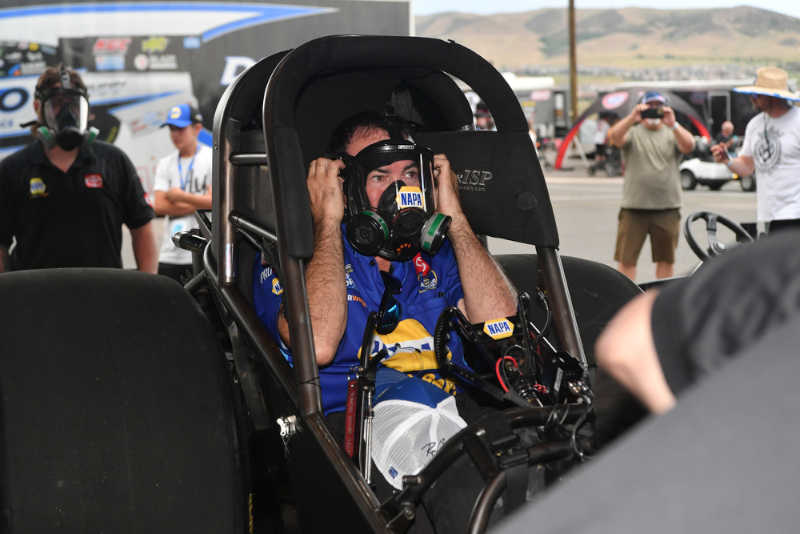 “Well, we can check the Mile-High Nationals off the list,” said Capps, who last won the Denver event in 2009. “As the first race of the Western Swing, it’s an event that gets so much build up. We love to kick it off here at such a great track with unbelievable fans – they packed this place throughout the weekend. It’s a big deal to win here at Bandimere Speedway and I cherish the Mile-High Nationals trophy that I have on the mantle back at home. To get through this weekend and run good, qualify well, be competitive and have a chance to win is all you can ask for. Not to mention, we’re able to leave the mountain and go down to sea-level with our inventory of all of these great parts and pieces that we need for the next two races, and that’s huge. That is what it takes. It takes a great team like our NAPA AutoCare team to adapt to the conditions of this race. I’m very excited to head to Sonoma Raceway. It’s a Toyota track and we are going to see some of the greatest Friday night qualifying times. I’m looking forward to the next couple of races.” 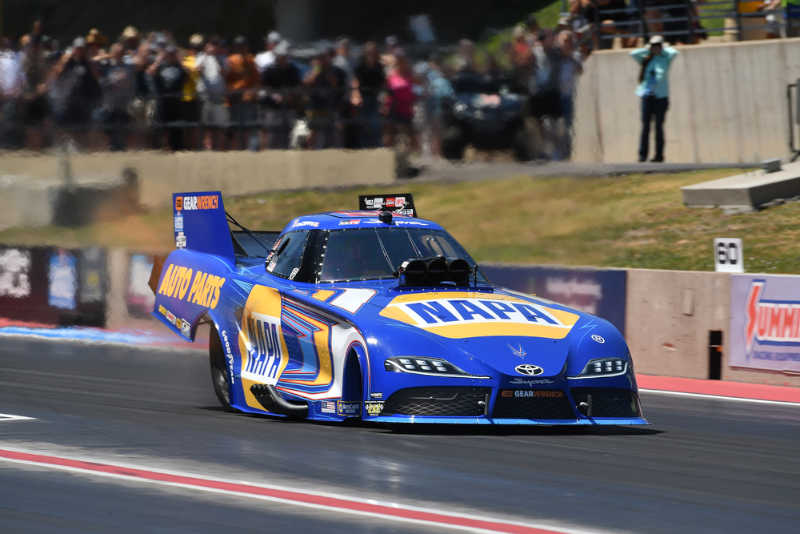 Capps and the NAPA AUTO PARTS Toyota GR Supra Funny Car team retained their No. 3 ranking in the Funny Car standings after the conclusion of the Mile-High Nationals, and will compete next at the NHRA Sonoma Nationals, July 22-24, where Capps returns as a four-time event winner.