Chase Elliott and the No. 9 team scored a 14th-place finish in Sunday’s 400-lap NASCAR Cup Series event at Richmond Raceway and earned valuable stage points along the way, helping them maintain their spot at the top of the point standings. Elliott is currently tied with Ryan Blaney for the lead as the series heads to Martinsville Speedway next week.

Elliott rolled off the grid in 15th and picked off two spots before the first caution flag of the race came out on lap 10. Under the yellow, Elliott relayed to his team that his No. 9 A SHOC Camaro ZL1 turned better through the corners than he expected and was a little sluggish with the nose. Opting not to pit, the Dawsonville, Georgia, native lined up 13th for the restart and continued to steadily improve his position, ending the first stage in the sixth position. 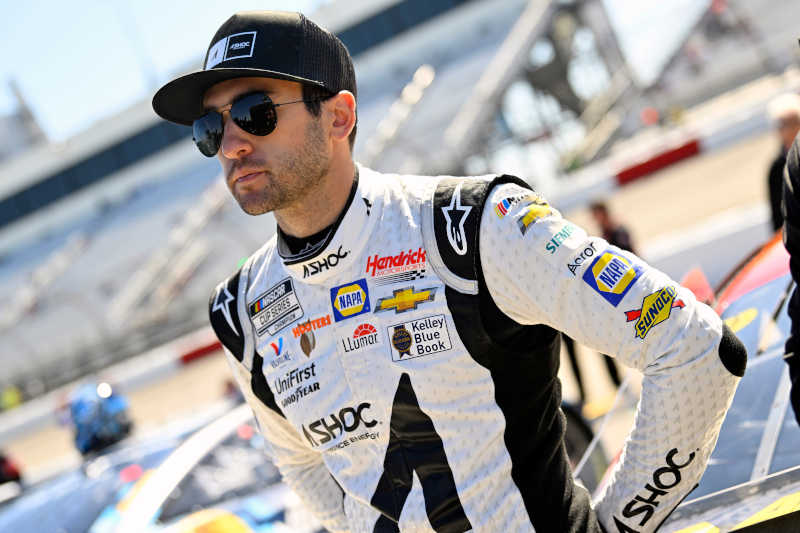 A fast pit stop for four tires and fuel by the No. 9 team during the stage break allowed Elliott to take the green flag from inside the top five. After initially losing some ground during the restart, Elliott maneuvered his way back up to fourth before green-flag pit stops ensued around lap 125. Crew chief Alan Gustafson called Elliott in on lap 131 for four fresh tires and fuel. With cars on varying pit strategy, it took several laps for the field to cycle through. As the stage continued to go caution-free, Elliott advanced his running position to fourth before making another scheduled green-flag pit stop on lap 176. After receiving fresh tires and fuel, the 26-year-old driver battled his way back to sixth before the green-and-white checkered flag waved to end the second stage on lap 230.

During the stage-ending caution, Elliott reported that his No. 9 A SHOC Chevrolet fired off tight during the last run. The team called him to pit road for four tires, fuel and an air-pressure adjustment to try to improve the No. 9’s handling. He lined up seventh for the start of the final stage on lap 241 and was in that same position when the caution flag waved on lap 247 for a multi-vehicle incident. Elliott radioed to his team that his car didn’t feel terrible. Staying out, he restarted in seventh and, after another quick caution flag waved, the team made the call to pit for four tires and fuel. 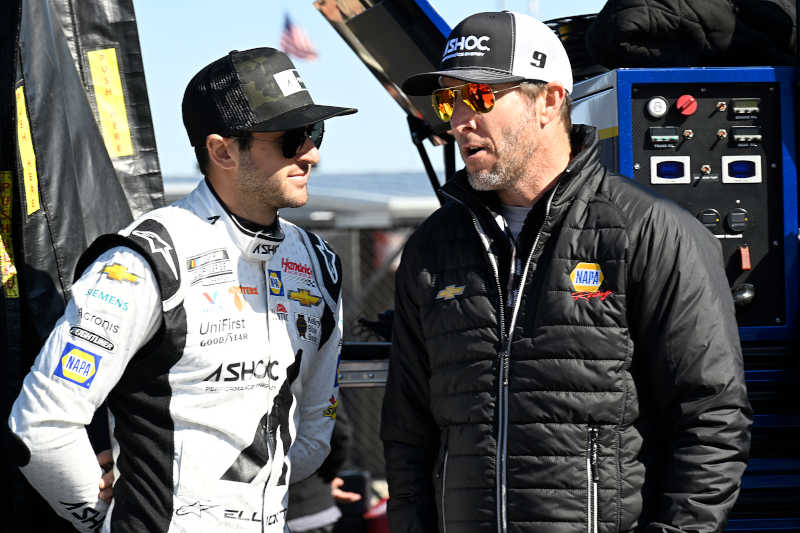 Elliott restarted from the 10th position on lap 263, but his A SHOC Chevrolet didn’t quite fire off how it had the run before and he lost some positions. The Hendrick Motorsports driver was running in 18th when his team called him to pit road on lap 309 for four tires and fuel during a long, green-flag run. Once again, there were varying strategies among the teams on the timing of green-flag pit stops. With his fresher tires, Elliott was able to gain ground on the leaders and was up to ninth with 70 laps to go. As other cars waited until later to pit, their newer tires began to prevail and Elliott again lost some ground. He was running in 11th when the team made its final pit stop of the race with about 45 laps to go. The end of the race continued to go caution-free and Elliott drove from 18th up into the top 15 in the waning laps to score a 14th-place finish. With the result, Elliott is tied for the point standings lead heading into next week’s race at Martinsville Speedway.

Next Race: April 9, Martinsville Speedway
How to Watch or Listen: 7:30 p.m. ET on FS1, MRN and SiriusXM