There are only two tracks on the current 24-race NHRA tour where Capps has yet to claim victory – the recently reinstated Virginia Motorsports Park and Lucas Oil Raceway in Indianapolis. The 2016 Funny Car world champion came close to leaving with the coveted NHRA U.S. Nationals Wally trophy in 2017, but the Indy victory once again eluded Capps when he came up just short in the final round.

At the 64th annual running of the event, Capps entered the four-day weekend with his sights set on racing to Indy victory on Don Schumacher Racing’s 20 th anniversary, but qualifying struggles, particularly during the Friday night ‘field setting’ session, led to a bottom-half race day starting position. As the No. 13 qualifier, Capps and the NAPA AUTO PARTS Funny Car team faced stablemate Tommy Johnson Jr. in round one of eliminations. Against Johnson, Capps launched and lost traction early into the run. In the other lane, Johnson’s car also encountered issues but was further down the stretch and was able to post the win. 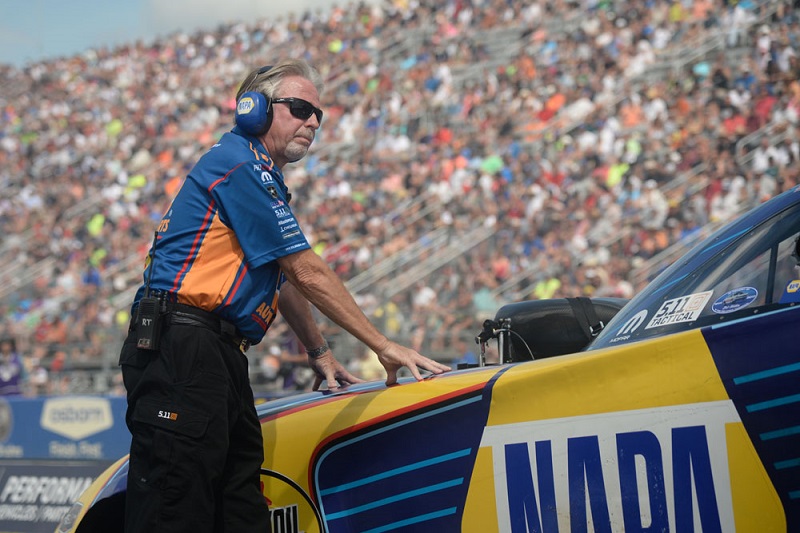 “This was a classic case of showing how hard the sport of drag racing is,” said Capps. “We always seem to overcome little things thrown at us so quickly, but this weekend was an example of one little thing stepping up and biting us on the opening qualifying run on Friday night, which is the run you need to make in the cool conditions. Then we changed our approach on Saturday to try to fix what happened Friday night and in that case, it just snowballed a little more than usual. 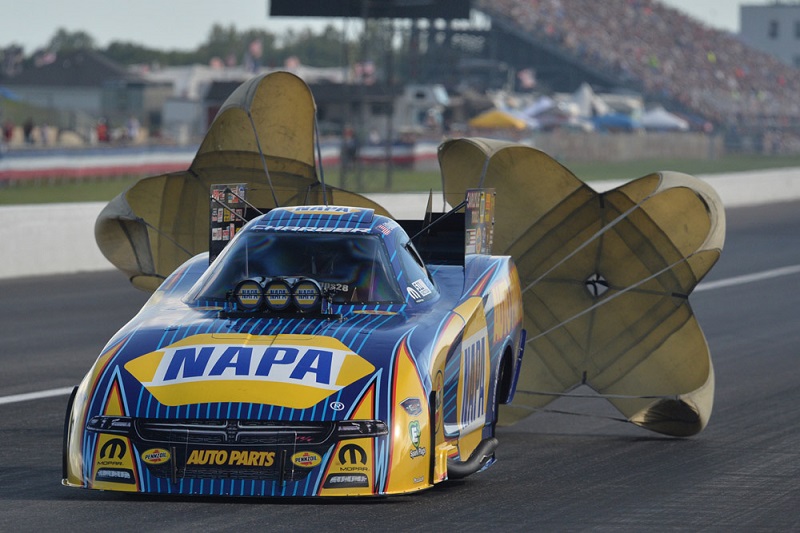 “With an extra day of qualifying (crew chief Rahn) Tobler and the guys wanted to work on another way to approach this hot race track. The next thing you know, it’s Sunday and we’re at the bottom of the field and we need to move up, and at that point, it’s already hot and humid. It’s just a classic example of getting behind a little bit, which you don’t often hear me saying of Tobler and our NAPA AutoCare team. In this case, it just reminds me, as well as everyone else on our team, that this is so hard to do. You get used to how easy Tobler makes it look.”

With Indy marking the final regular season event, Capps has solidified his starting position in the NHRA Countdown to the Championship which kicks off in less than two weeks in Reading, Pa. Capps and the NAPA AUTO PARTS team will begin their 2018 Funny Car title campaign from the No. 4 spot. 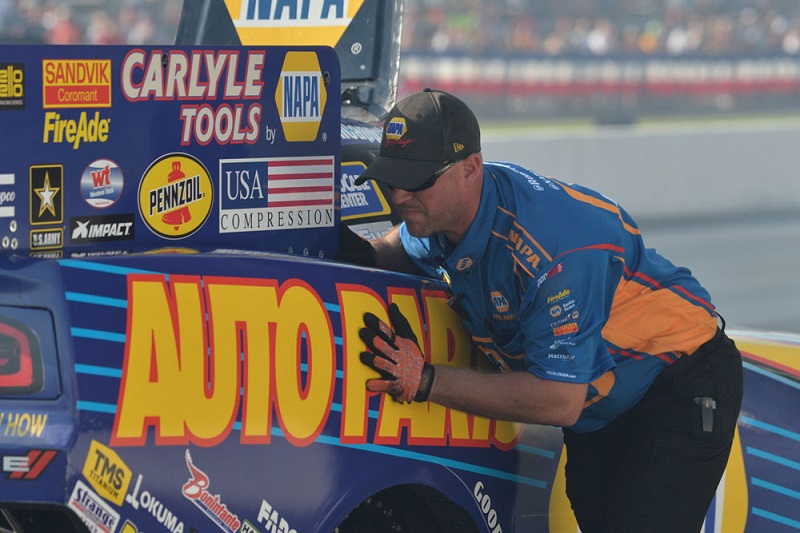 “Once again, we’ll have to look at winning the U.S. Nationals next year, but big picture is, we’re going to get ready for the Countdown. The points will reset. I always brag about this NAPA team and how we’re always in the talks for a championship, and we’re going to go to Maple Grove in two weeks and have our game face on.”